Accessibility links
A Clear Message From Colombian Police: Don't Mess With '100 Years Of Solitude' In 2015, a first edition copy of Gabriel García Márquez's classic was stolen from a Bogota book fair. Many cases in that city go unsolved, but local law enforcement went all out to find the book. 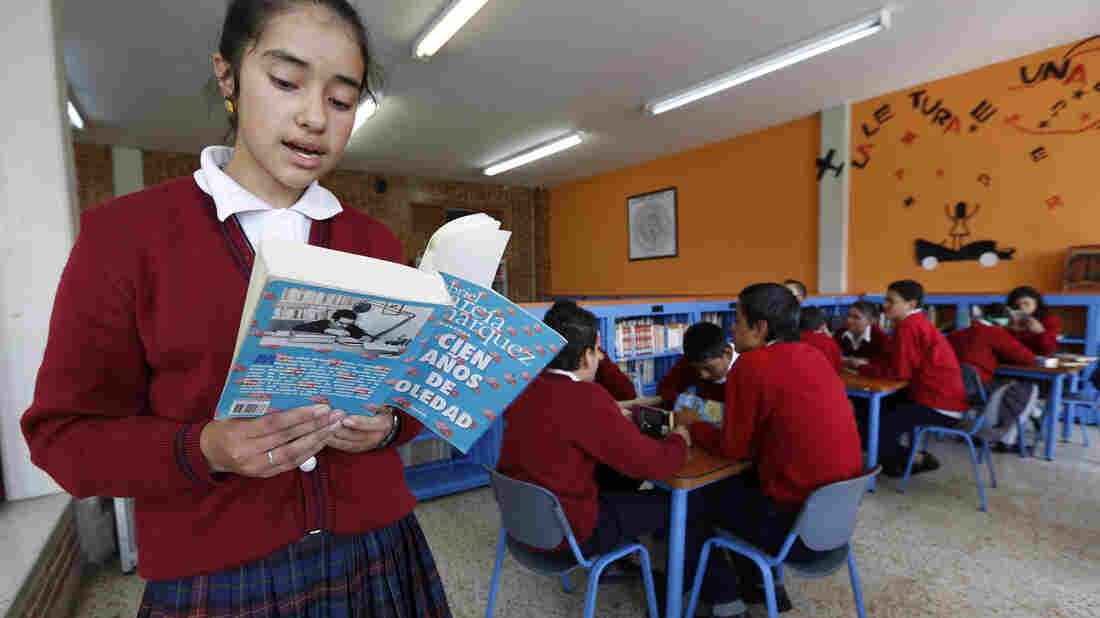 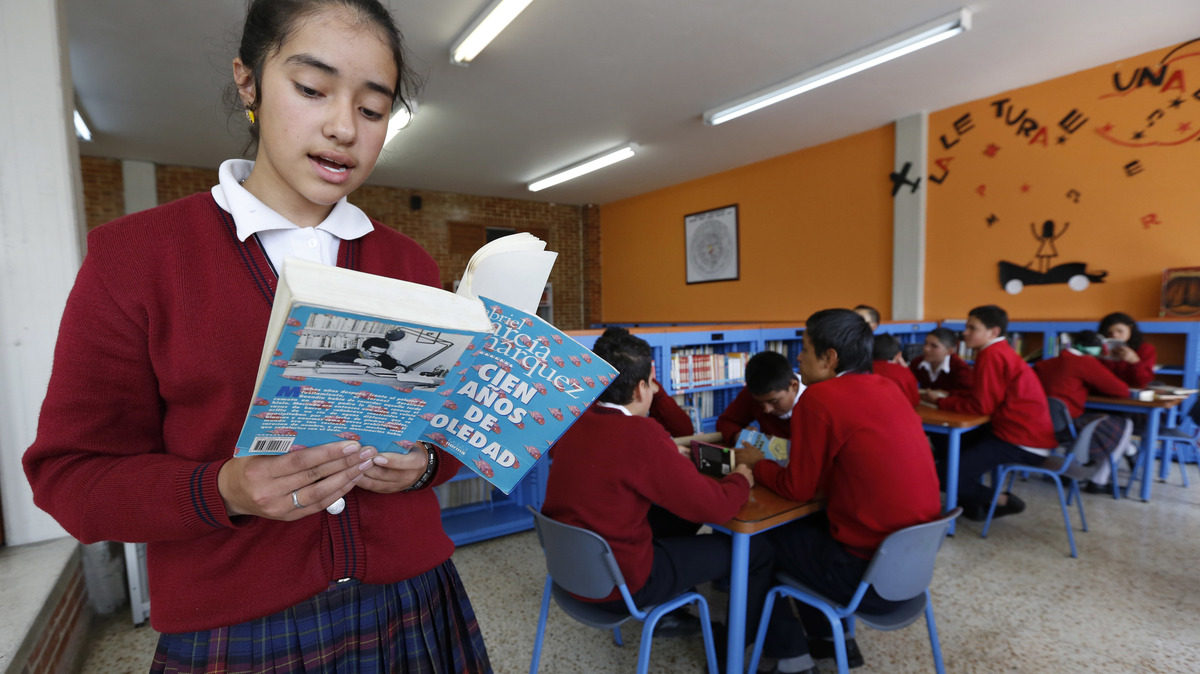 This is the story of a stolen book, a sense of national pride and some creative sleuthing. The book in question is a first edition copy of One Hundred Years of Solitude by Gabriel García Márquez. In 2015, it was stolen from a Bogota, Colombia, book fair. Many cases in that city go unsolved because of a lack of resources, but local law enforcement went all out to solve this crime.

In its new season, the Spanish-language podcast Radio Ambulante tells the story of how the book was recovered. Host Daniel Alarcón tells NPR's Kelly McEvers that the story left him with conflicting feelings.

"On the one hand ... we love García Márquez, we love books, and so it's just something to celebrate," he says. "On the other hand, it leaves this kind of odd taste in your mouth because you're like, Well, if they can solve that crime in six days, why don't they solve other crimes?"

On how the book was stolen

This story was reported by my colleague Camila Segura, who is the senior editor of Radio Ambulante. She's a Colombian journalist, she lives in Bogota. ... And what happened was that they were celebrating García Márquez's life a year after he passed away. They always invite a country to be like, you know, a special guest at the book fair in Bogota, and that year they invited Macondo, which is the made-up [town] that García Márquez wrote about in so many novels. So as part of the exhibition about Macondo, they had a collection of first editions that were brought by a bookseller.

And, you know, I have been to that book fair, Kelly, like thousands of people come through there. I was there that year, in fact, though I did not steal the book. ... And in the midst of all of that chaos, one day one of the booksellers that was in charge of looking over this collection of books saw, look at that, the window of this glass case is ajar and there's a book missing. And it was a first edition, signed, of One Hundred Years of Solitude.

On how people reacted to the theft

It's almost like two parts of Colombia colliding. You know, this view of Colombia that is for export — which is the Macondo, this vision of Latin America that García Márquez has written about — and then also this kind of very urban, dark theft; violence; crime.

The theft of a book became national news, you know. And people were outraged and there was just like this kind of visceral feeling that this was some kind of attack on the national pride. You know, part of it has to do with who Gabo is — you know, who García Márquez is — in that national culture. ... It's not just that he won the Nobel Prize, it's the kind of books that he wrote, it's that he transformed national folklore into great art. ... So he himself means a lot. And the fact that this book were to vanish and that someone would have such a lack of respect for someone of that stature ... created this national outcry. ... It went around the world. ...

It's almost like two parts of Colombia colliding. You know, this view of Colombia that is for export — which is the Macondo, this vision of Latin America that García Márquez has written about — and then also this kind of very urban, dark theft; violence; crime. So these two competing visions collide in a place that was supposed to be a celebration of the former. And I think that's what made people so upset.

On how the book was recovered

And she actually got to interview one of the policemen that was involved in the recovery. It involved a shootout; it involved a high-speed chase through downtown Bogota; it involved stakeouts and informants and all of this business that seems like something out of a spy novel. ...

It was found in a neighborhood near central Bogota. ... There were competing stories, but the story that we heard involved a shootout and involved people sort of running away into the neighborhood and disappearing. [They found] the book in a box just kind of on the street. ... They were being chased and it just dropped. ... So they've recovered the stolen property, but no one's been arrested for the crime itself.

On what drew him to the story

I'm interested in any story that complicates our vision of Latin America. ... You know, García Márquez is both an iconic figure and ... he's not quite as relevant as he used to be. Like, we're reading different books, we're discussing different things. The world that he described is not the world that exists anymore in Latin America.

Latin America is much more urban than it was when García Márquez was telling his stories about Macondo, you know. The majority of Latin Americans live in cities now, they don't live in towns like Macondo. And so I was really interested in this clash ... between this vision of a folkloric Latin America as described in the work of García Márquez and this other Latin America, which is the one that I know better. ... And the fact that these two worlds collided in front of an audience of hundreds of thousands of millions of people who followed the news of this stolen book and its recovery was also super attractive to me as a storyteller.