Accessibility links
Vigo County, Indiana Has Correctly Predicted The President For More Than 100 Years. Here's Why Since 1892, Vigo County in Indiana has voted for the winning presidential candidate in every election but two. What did the voters there see about Donald Trump's candidacy? 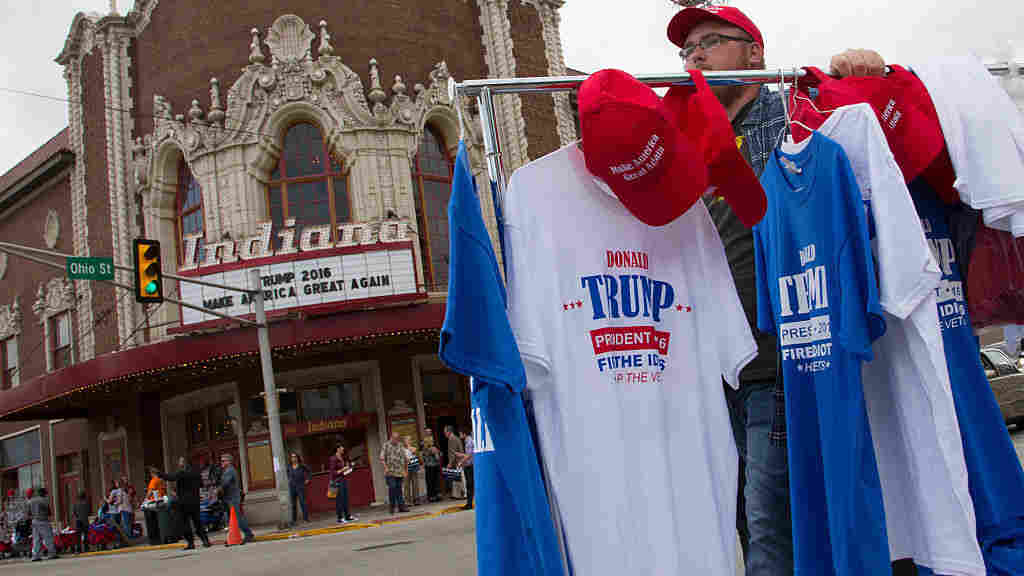 Vendors congregated outside a rally for Republican presidential candidate Donald Trump at the Indiana Theater on May 1, 2016 in Terre Haute, Indiana. Charles Ledford/Getty Images hide caption 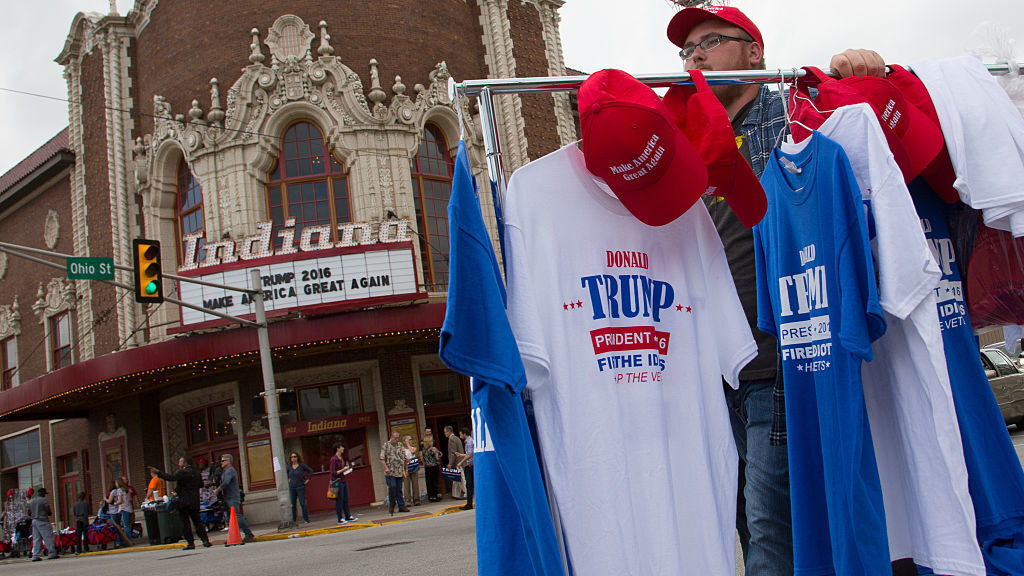 Vendors congregated outside a rally for Republican presidential candidate Donald Trump at the Indiana Theater on May 1, 2016 in Terre Haute, Indiana.

For more than a hundred years, Vigo County, Indiana has consistently voted for the winning president. It chose Barack Obama twice, and then picked Donald Trump this November. In fact, the county is a remarkably accurate bellwether; it's only been wrong two times since the 1890s.

Why does Vigo County almost always predict the winner?

There are many hypotheses, none of which fully explain this quirky mystery of why a small region in southwest Indiana (a reliably Republican state) routinely jumps from Democrat to Republican in presidential years.

"Vigo County is more white than the nation," explained Matthew Bergbower, a political science professor at Indiana State University. "The nation overall is far more diverse on Hispanics than Vigo County. On education levels, Vigo County is less educated. And, then...if you're gonna look at income, Vigo County is poorer." 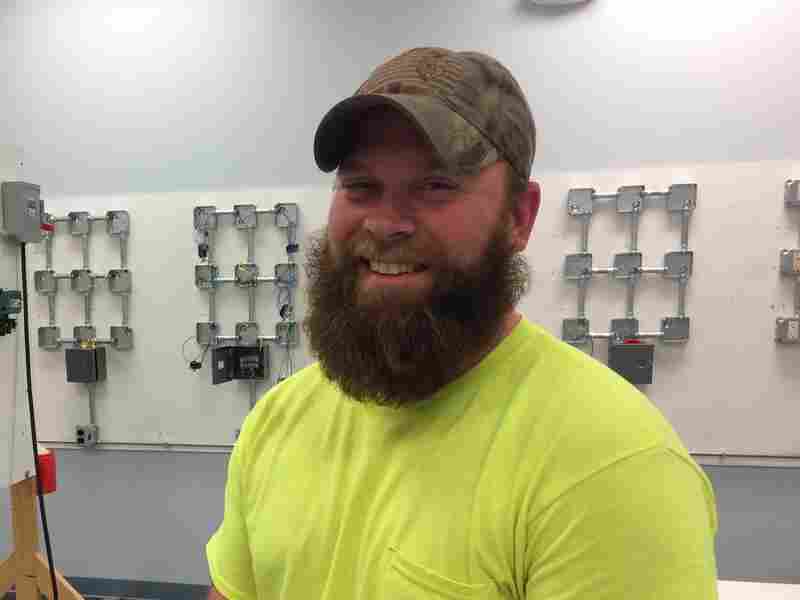 Brandon Woods, 31, is an apprentice with the local IBEW. He voted for Donald Trump despite union appeals to support Clinton. Asma Khalid/NPR hide caption 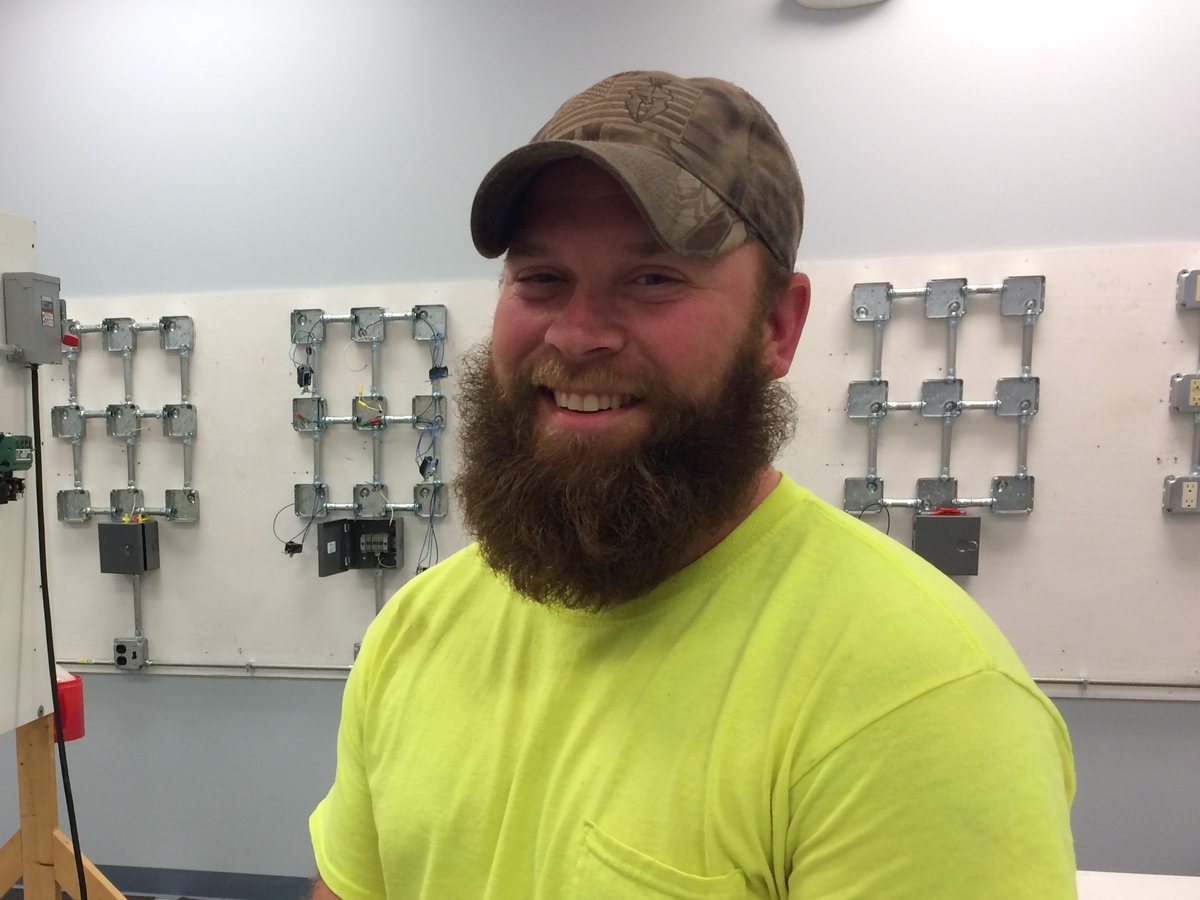 Brandon Woods, 31, is an apprentice with the local IBEW. He voted for Donald Trump despite union appeals to support Clinton.

Rather than demographics, the answer seems to be part geographic and part economic.

The economy in Vigo County used to be vibrant. Some of the vestiges of those glory days are still found in the rich art deco architecture in downtown Terre Haute, but the local economy has been stagnating for decades. Manufacturing plants have shut down and unions have lost a lot of their influence.

That made this place particularly ripe for Trump's economic message.

But there's another major factor that might explain the county's predictive power - it's a mix of rural and urban communities. The county is home to four colleges, and students tend to vote for Democrats. The county seat of Terre Haute is a small city and urban voters also tend to support Democrats.

So although Vigo County is racially and socioeconomically homogeneous, it's also a political mix of registered Republicans and Democrats, old union members and young college students, city folks and farmers - and for years that mix of people has helped make the county a sort of election oracle.

But, in some ways Vigo County is also a model of old political divisions. It's an overwhelmingly white county at a moment when the country is browning and identity politics have become increasingly powerful fault lines in party politics.

Bergbower says he's skeptical Vigo County will be an accurate bellwether for the next 100 years. But for the moment, it's a helpful guide in understanding what some voters saw in Trump.

One Theory: Vigo County is Full of "Real People" 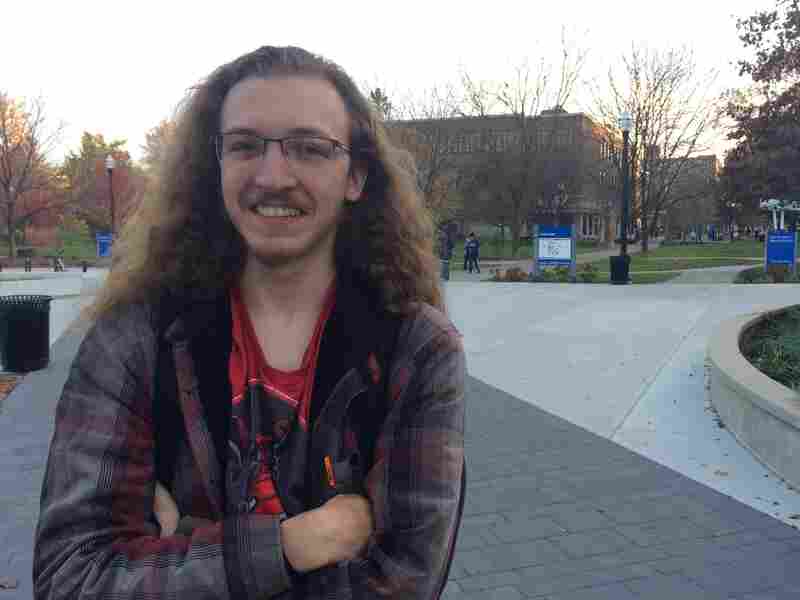 Maverick Oldham, 20, said he did not vote for President because he got busy with classes. If he had voted, he would have chosen the Democratic candidate. Asma Khalid/NPR hide caption 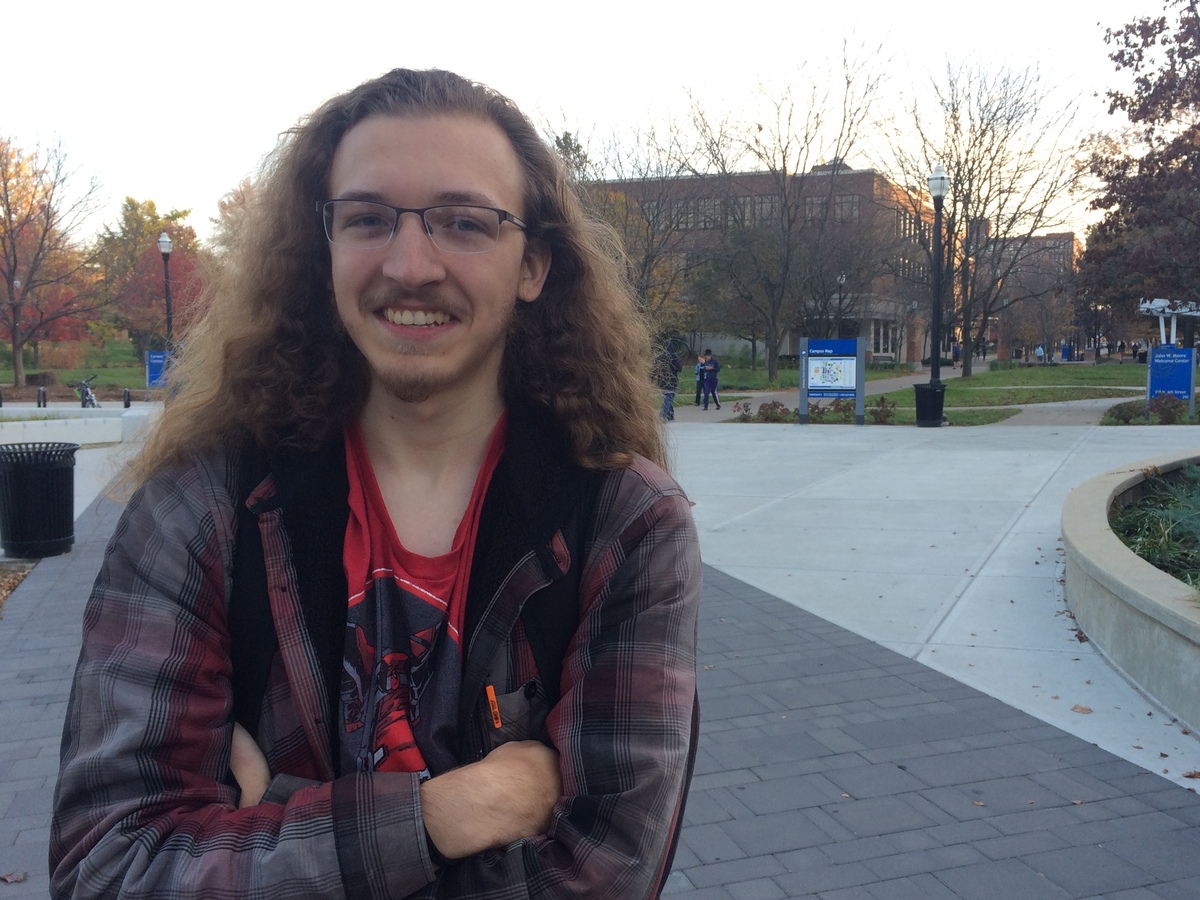 Maverick Oldham, 20, said he did not vote for President because he got busy with classes. If he had voted, he would have chosen the Democratic candidate.

Bernard Gibson is a long-time Vigo County voter and he has his own theory about the county's bellwether reputation, which he explained as he picked up heat lamps for his baby chickens with his great grand-daughter Oakley at farm supply shop called Rural King.

Gibson personally voted for Donald Trump this year; he didn't love the idea, but he wanted a change.

"Well, I think we picked the lesser of two evils," he said. "I think that's what we had to do this time, it's not necessarily the best."

But like Vigo County, Gibson does not always choose a Republican president.

Back in 2008, he voted for Barack Obama because he liked Obama's message of "hope and change."

"It was a good message," Gibson said referring to Obama's campaign slogans. "It's the same way with Trump now, you know – 'Make America Great Again' – whether he will or not, it's the idea that's what he's trying for."

Gibson says the other influential factor for him was religion. "I'm a Christian; he's the only one, either one of them, that ever spoke anything about God and the country," said Gibson. "This country was founded that way."

Traditionally that GOP voting bloc might have been counter-balanced by an equally, if not more, powerful voting group in Vigo County — unions that for years were reliable Democrats.

At the Labor Temple in Terre Haute on a recent morning, about a dozen union leaders, electricians, plumbers, carpenters and pipefitters, met to discuss business.

Individually, these men are all solid Democrats; but Brian Davidson with the carpenters union said he struggled to convince his members to follow the union leadership's advice.

All the men in the room nodded with Davidson and shared their stories, agreeing that this year it was particularly difficult for them to solidify support behind the Democratic nominee.

Ron Morin with the local cement masons and plasterers union said many union members in the county are social conservatives, and so sometimes they were more concerned about abortion and guns rather than their wallets.

"When our members will wake their rear ends up is when they watch their wages and their pensions and their health insurance dump into the toilet," said Morin. "They'll wake up and they'll say 'Wow, I'm working for $12 bucks an hour now.' That's when they're going to wake up and it's going to be too late."

Brandon Woods is exactly the kind of union member these men are referring to. He's an apprentice electrician - a former military man, who sports boots, a long beard, and a camouflage hat.

Woods voted for Trump, in part he said because he's tired of the "political propaganda everywhere."

For him, that "propaganda" includes the idea that voting for Democrats is better for union guys like him.

"I don't really buy it," he said. "There's big business on the Democratic side that are owning half the politicians that are up there. They do everything they want them to do. And, it's just us trying to make it on the bottom here."

The Political Power of Non-Voters

Part of Trump's success in Vigo County, which mirrors his success nationally, is that some people who had voted for Barack Obama stayed home this year.

"This is the first presidential one I missed," said Dave Cochran, as he walked to his truck to get some supplies on a construction site. Cochran, a 16-year union member said he's not exactly sure why he didn't vote this November. "The choices maybe...[I] definitely didn't like Hillary. Donald? We'll see what he does," Cochran said.

Cochran said he might have voted for Bernie Sanders if he had been the Democratic nominee, but he just felt Clinton was "caught in too many lies."

"Even around here...there was quite a few that didn't vote for that reason, they didn't like the choice, and we'll see where it goes now," said Cochran.

But unions aren't the only local Democratic force. 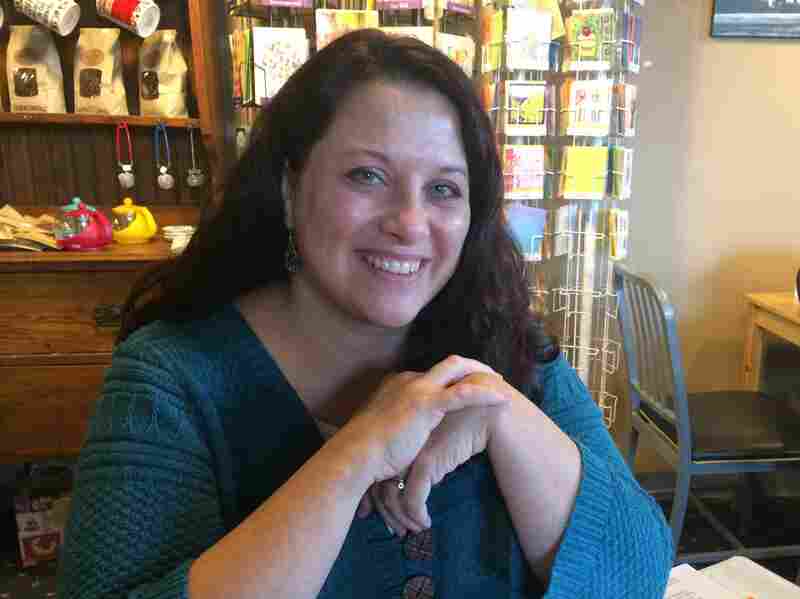 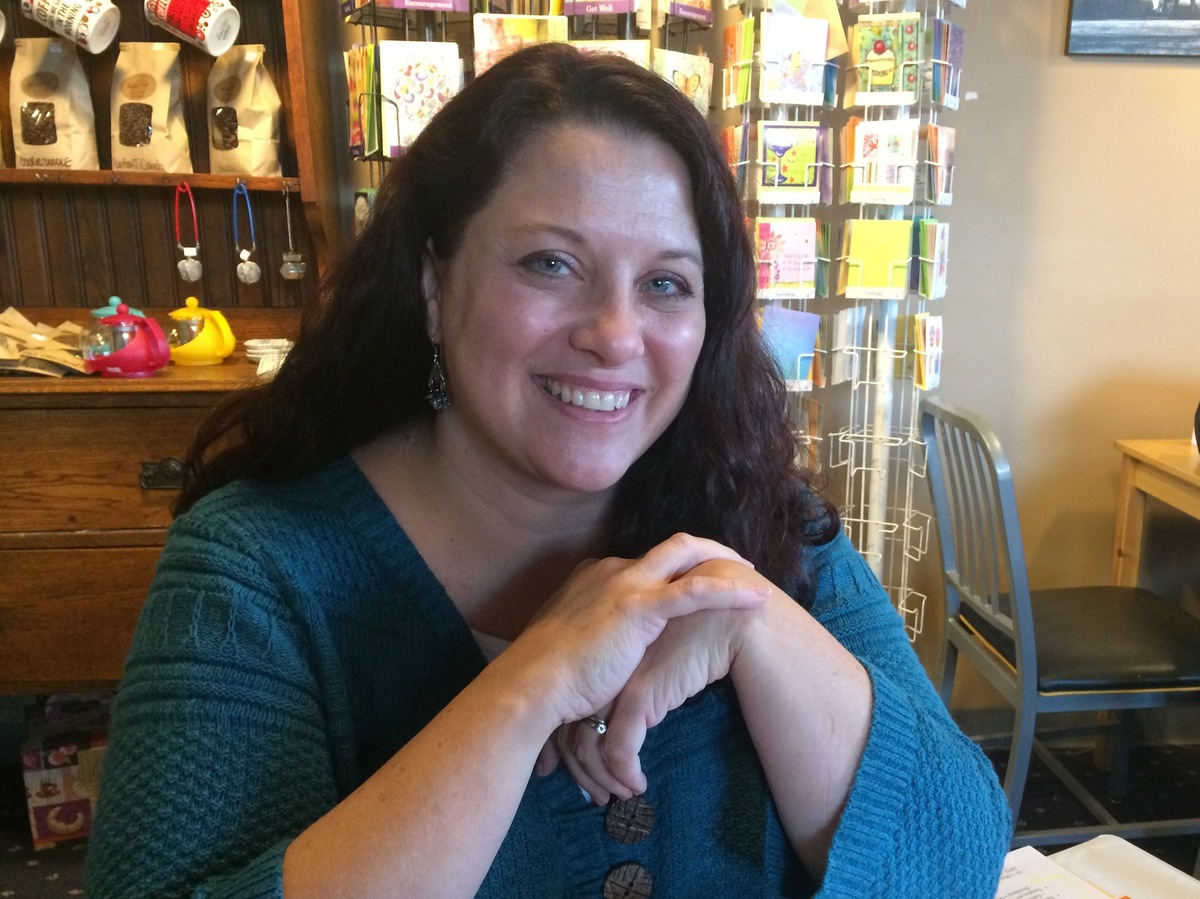 Sharon Boyle, 45, voted for Clinton. She teaches music therapy at a local college. There are four colleges in Vigo County.

Vigo County is home to four colleges, and people in the area say the schools are one of the major bastions for Democrats.

"I really wanted Clinton to win," said Sharon Boyle, a doctoral student and music therapy teacher who was studying statistics at a local coffee shop. "I just [couldn't] vote for someone who obviously isn't supporting people who are different and minorities."

Boyle said she has cried multiple times in the days since the election.

"It was really painful," she said, acknowledging that she knows people in the area who voted for Trump, and she doesn't want to demonize them.

Boyle is a Montana native who moved to the area 15 years ago. She said the politics in Vigo County are confusing; in fact, she was more surprised by her county in 2012 than she was in 2016. She didn't expect Vigo to twice elect Obama.

"I just don't perceive progressive candidate doing well in this area," she said.

Still the county did vote for Obama two times and that's not just because of faculty like Boyle. President Obama energized local students.

This year, there wasn't that same enthusiasm among students around the campus of Indiana State University, the large public university in the county.

Maverick Oldham was chatting with friends near the main fountain on campus. He's a self-described 20-year-old liberal passionate about gay rights, but he said he didn't vote because he got tied up with classes.

"If Bernie [Sanders] had been a decision, I might have been a little more inclined to vote," Oldham said, referencing his dream candidate.

In hindsight, the English major with long wavy hair and a faint mustache, said he wishes he had voted. "[Because] I have little to no faith that any progressive movements are going to be made in the next four years," Oldham said.