Accessibility links
Pop Culture Happy Hour: Live From Los Angeles With Kumail Nanjiani This week's show was taped during our west coast tour, and it gives us a chance to talk about romantic comedies with actor and comedian Kumail Nanjiani. 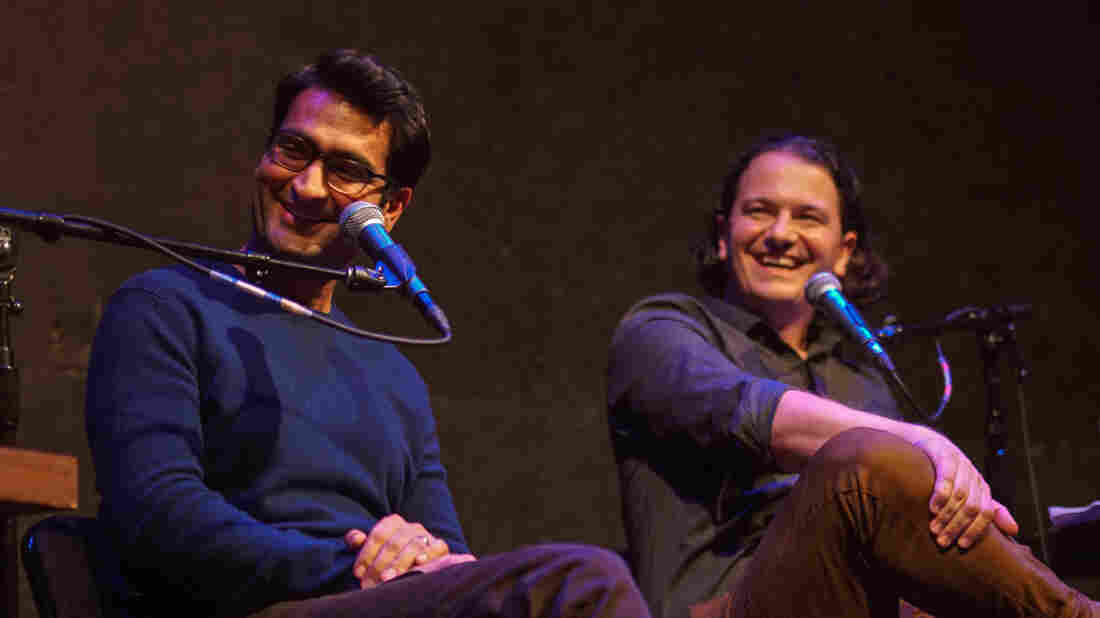 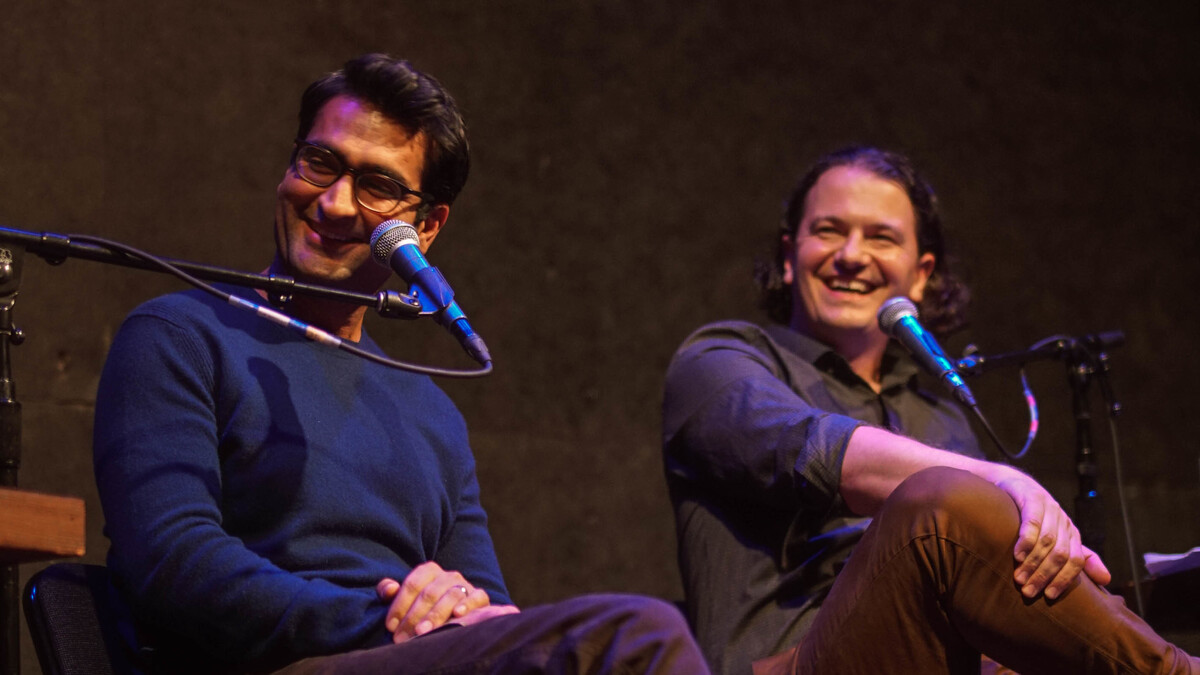 Kumail Nanjiani and Stephen Thompson on stage at the Regent Theater in Los Angeles on Sunday, October 23, 2016.

Almost a year ago, via a seemingly innocuous tweet, the very funny comedian and very funny actor Kumail Nanjiani and I discovered a shared enthusiasm for, and very deep feelings about, the romantic comedies of the 1990s. At our recent tour stop in Los Angeles at the Regent Theater, Kumail was in our fourth chair, and the topic was ... romantic comedies. We had Stephen and Glen catch up a bit on this genre so that we could bring both casual and committed perspectives to the table, and it's safe to say it goes pretty deep. (You'll also hear about Kumail's wedding day, because no romantic-comedy discussion is complete without some real-life examples.)

In our second segment, our panelists face off in a challenging quiz about disguises and secret identities, and Kumail learns that he knows more than perhaps he thought.

As always, we close the show with what's making us happy this week. Glen is glad to have a chance to appreciate what he learned from a comic artist who wasn't afraid to punch a bear, and happy about a comic he's been checking out. Kumail is happy about a rewatch that recalls the early days of his own love story and also happy about re-exploring movies he's long loved. Stephen is happy about a wonderful discussion that NPR Music recently posted, and I am happy about some reruns that sustained me during a long tour.