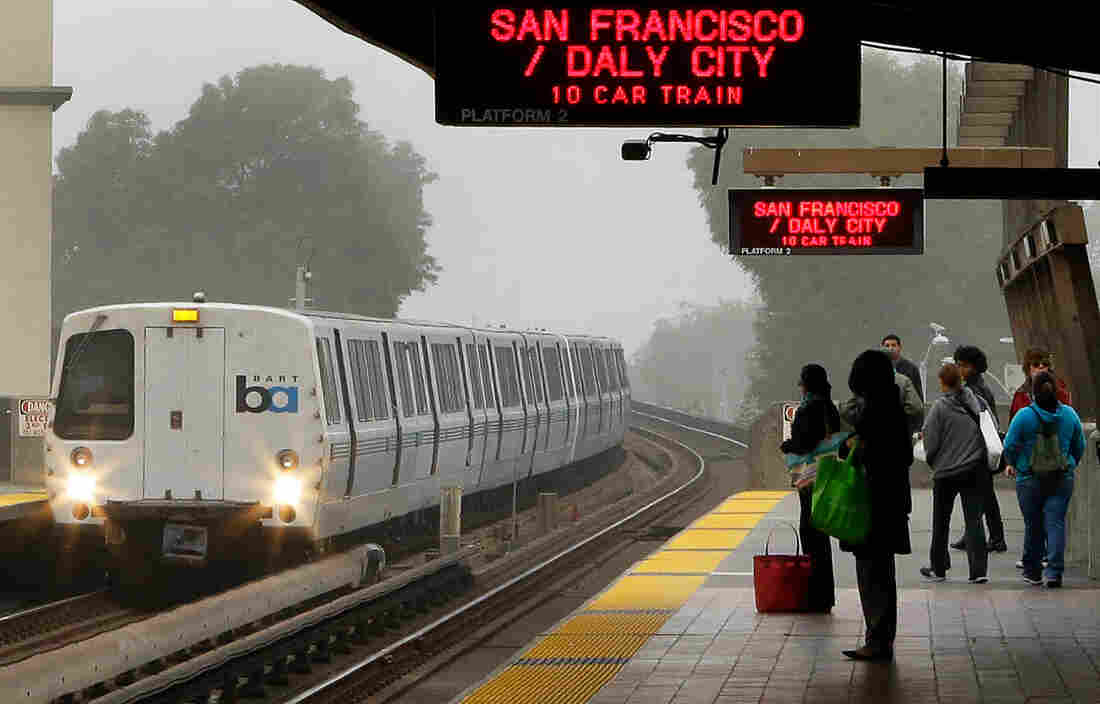 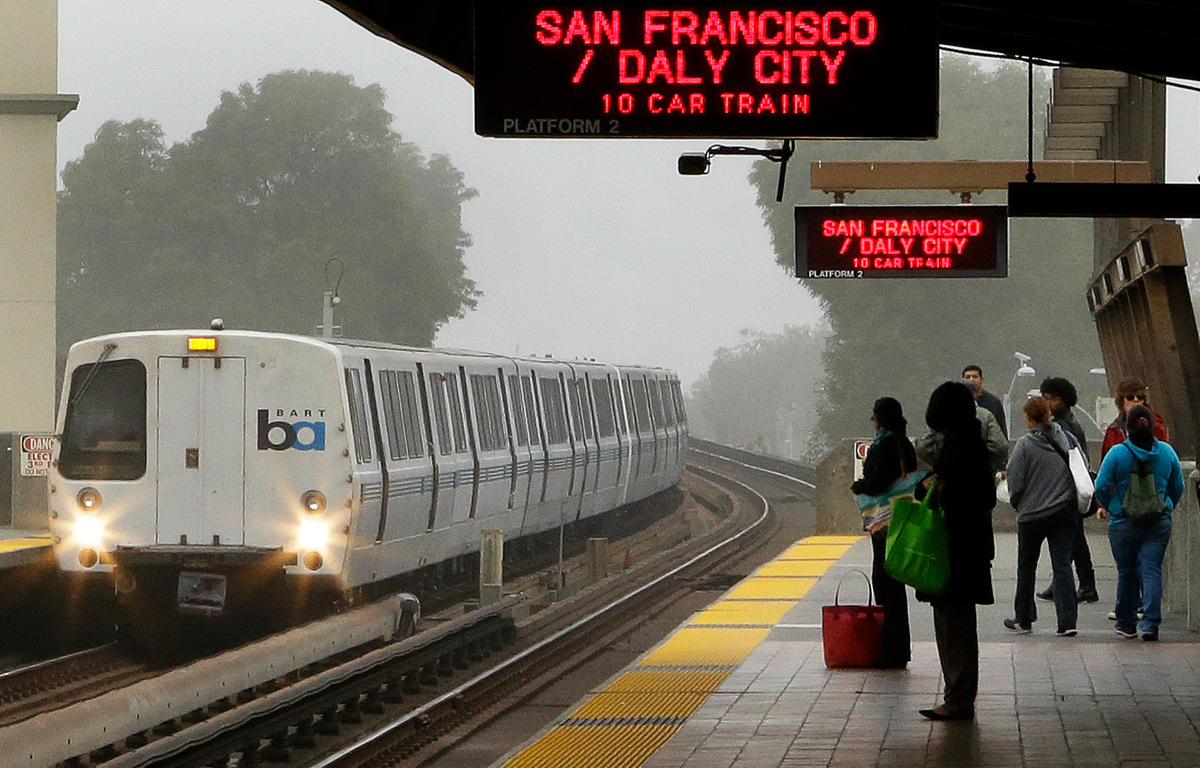 On a night that the national election results had her discouraged, Seattle resident Anne Johnson had at least one ballot measure to celebrate: ST3, which will raise the local sales tax in the Seattle-Tacoma area to help pump $54 billion into expanding the region's rail and bus systems. It passed by a wide margin.

"That is awesome, and we've put a lot of work into that, and I'm excited for the direction that that will take Seattle," says Johnson, who adds that the transit improvements will help people get to their jobs, to school and will have environmental benefits, too.

One of the unheralded national stories from Election Day is just how well trains and buses did at the ballot box, as voters in dozens of cities approved local tax increases to expand and improve public transit.

"Election Day 2016 was historic for ballot measures that supported investment in public transportation," says Jason Jordan, director of the Center for Transportation Excellence, which tracks such ballot initiatives.

"We saw a record number of measures on ballots," Jordan says. "There were 77 measures nationwide; 71 percent of those passed. That accounts for almost $170 billion in new transit funding."

That's funding that would come directly out of local residents' pockets, not from Washington.

Seattle: Sound Transit 3, or ST3, is the third phase of a massive Puget Sound regional transit plan. It increases the sales tax primarily — but includes property and other taxes, too — to raise $27.7 billion over 25 years. All funding goes toward a $54 billion transit expansion plan that would add 62 miles of new light rail to areas that don't have transit access. It also would add new bus rapid transit to the I-405 corridor, and it would fund other transit services.

Los Angeles County: Measure M raises the sales tax a half cent and will generate $120 billion over 40 years to fund the county's long-term transportation plan, including new light rail extensions, new bus rapid transit, some commuter rail and some will go to expanding roads and highways. About two-thirds of the funding overall goes to transit.

Now transit advocates hope to capitalize on President-elect Donald Trump's call to spend up to $1 trillion on infrastructure, a plan which Guzzetti says should now gain bipartisan support in Washington.

"Both sides have an inclination of getting this issue on the agenda early. Both sides believe in infrastructure, and it's definitely going to be one of the first issues taken up by the next Congress," Guzzetti says.

Trump's call to spend big on infrastructure might be the only plan of his that congressional Democrats agree with, and many Republicans, who rejected most of the same kinds of infrastructure funding plans proposed by the Obama administration, now seem to be on board, too.

So what could go wrong?

"It very quickly gets to be much more difficult and complicated when we talk about how we're gonna pay for this," says Democratic Congressman Dan Lipinski of Chicago, who sits on the House Transportation and Infrastructure Committee.

He's not so sure his Republican colleagues will go along with funding public transit in big Democratic-voting cities such as his, and even if they do, he's skeptical about one of the possible funding sources.

Trump wants to create an infrastructure bank, using tax credits to leverage private investment in infrastructure projects. But Lipinski says those are essentially loans that would have to be paid back with revenue from something like tolls.

"We do not, first of all, want to make every road a toll road," says Lipinski. "And there are things such as public transportation which would not ever get funded in this manner."

Schlickman, who is also former executive director of Chicago's Regional Transportation Authority and the former director of the Urban Transportation Center at the University of Illinois-Chicago, says any project funded through an infrastructure bank must have the ability to generate enough revenue to pay back the loan.

"The vast majority of our public infrastructure can't do that," he says. "What about free roads, mass transit, pedestrian ways, bike ways. They don't pay for themselves."

Trump also suggests another funding source for infrastructure projects: repatriation of profits corporations hold overseas. But there are big disagreements over how much to tax those profits and how much money it would really bring in.

Plus, Schlickman says that's just a one-time source of funds.

"That's not the type of revenue stream that you would want to rely on," he says. "But at this point, if that's all that's politically doable, then fine, let's do it."

Like Millennials, More Older Americans Steering Away From Driving

Schlickman and other transportation experts say while a long-term funding source, like an increase in the gas tax, is still needed, now is not the time for transit advocates to quibble over such matters.

"I'm very, very happy that we have a president-elect that wants to do something big in infrastructure," Schlickman says. "Now let's try and take advantage of that enthusiasm and that leadership and let's work with him and try to get the best deal we can for everyone."