Accessibility links
Book Review: 'Dust Bath Revival,' By Marianne Kirby Marianne Kirby's new novel is set in an America overrun by zombies — and also an America in which no one is judged on their appearance; her protagonist is fat and queer, and never hindered by that.

In 'Dust Bath Revival,' The True Fantasy Is A World Without Shame

In 'Dust Bath Revival,' The True Fantasy Is A World Without Shame 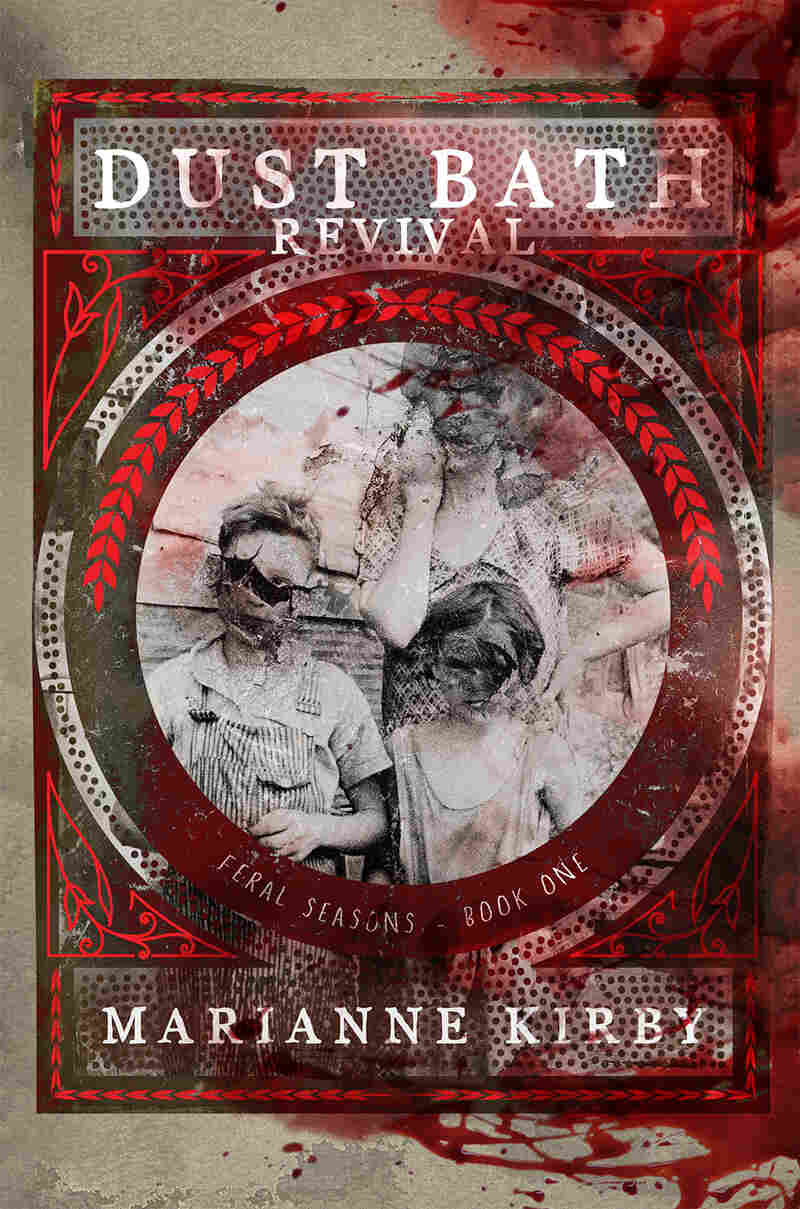 Zombies, I'll admit, bore me. Kitsch, dopey, stumping around all smelly, zombies lack the machinations, the stealth, and the whiff of sex that make other creatures of the night — vampires, say — appealing.

Dust Bath Revival is by fat-acceptance activist and writer Marianne Kirby, who coauthored the book Lessons from the Fat-o-sphere: Quit Dieting and Declare a Truce with Your Body with Kate Harding. It is narrated by Hank (short for the despised "Henrietta"), who, unlike the willowy, straight heroines of most teen suspense novels, is fat and queer.

This is unusual enough to be striking, but what is odder and more interesting is that neither of these things complicate Hank's life in any way, nor does she reflect on them. She seems to belong to a society that doesn't assign value to (living) bodies, a world in which you can be a fat queer girl as easily as a thin straight one. Kirby's fantasy is not so much walking dead as a world without body shame. The fantasy is a life — with its friendships, romances, and zombie battles — unaffected by that shame.

Kirby pretends that human relationships don't involve judgment on the grounds of identity. But is it really constructive to pretend that people don't suffer for their differences?

But first, about the zombies. "It started in the Dakotas," Kirby writes, "frozen ground refusing our human remains like we'd offended the earth itself. People thought it was the apocalypse—maybe it was. Maybe that's what all this is, and there's just no god around to sort us all out one from another after all."

Called the "Reborn," they wander the country eating anything luckless enough to get in their way. "Some people met the walkers with open arms—longed-for husbands and brothers and daughters and wives," Kirby writes. "They were the first to find out that the dead are hungry. They need to feed whatever's giving them a second kind of life, another turn around the sun, a chance to be Reborn."

Hank's brother is taken by some kind of sinister government agent, and, knowing they'll come for her next, she goes on the run.

Hank describes her adventures in plain, southern-inflected language, complete with folksy sayings adapted for the zombie age ("If wishes were horses, then Reborn would ride."). The inherent dopiness of zombies, plus the laxness of the plot, is not conducive to suspense; the kind of tension that should be strung taut through this book — "tight like catgut on a wire fence" as the narrator might say — is missing.

If Dust Bath Revival doesn't quite work as a suspense novel, it is interesting as a book-length, sideways case for getting rid of stigma. In this universe, bodies are functional, being fat is unexceptional, being queer is unremarkable. Race isn't "a big deal." It's a superficially appealing tack, an extension of whatever it is that makes people declare themselves "colorblind." Let's imagine a world where none of it matters. It's not clear whether this is meant to be part of the fantasy universe, or whether Hank is uniquely impervious or oblivious. In either case, the book is frustrating because there are so many chances for insight or nuance that Kirby fails to take.

Fiction offers possible ways of being, other options for understanding yourself in the world. Unreflectively and uncomplicatedly fat and queer is not an option one often gets offered. Are we meant to follow Hank, to decide to not care or notice?

But a heroine without any self-reflection is not a particularly useful model, and to me, "not a big deal" is just another kind of erasure. I found that pretence disingenuous rather than empowering. Kirby pretends that human relationships don't involve judgment on the grounds of identity. But is it really constructive to pretend that people don't suffer for their differences? It is this idea — and not the flesh-eating corpses — that makes Dust Bath Revival an alternate reality that tells us little about our own.