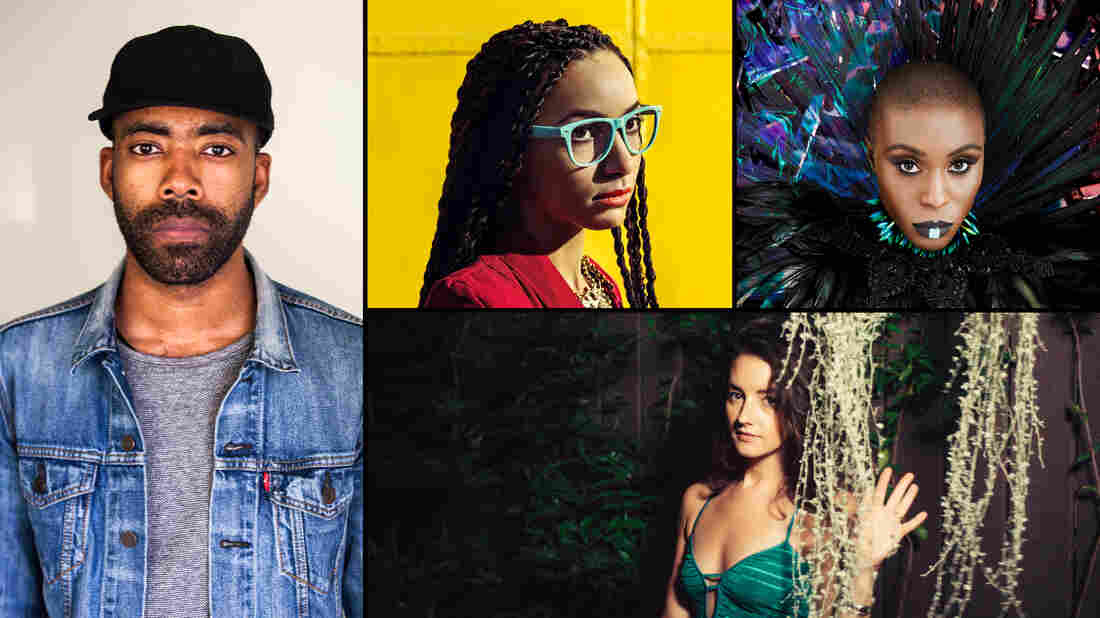 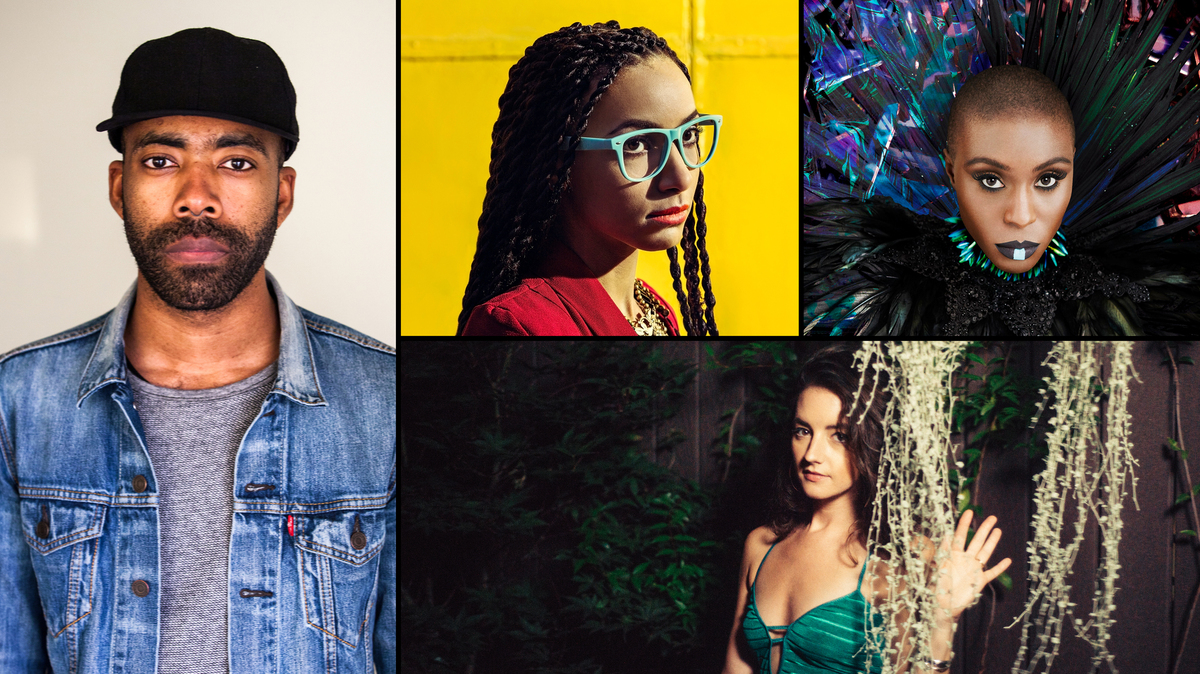 For the second year in a row, the annual All Things Considered Thanksgiving music chat is a multi-part conversation. Host Ari Shapiro welcomes four musicians, each of whom was named by one of his or her fellow guests as an artist to be thankful for.

The chain begins with Shapiro's pick: British soul singer-songwriter Laura Mvula. Hear all four interviews at the audio link on this page, and read excerpts below.

On the song "Phenomenal Woman": "I was listening to a YouTube clip of Maya Angelou reciting her poem 'Phenomenal Woman,' and even though I had heard the poem many times before, this was the first time that ... I breathed the words in and took them very much to heart and mind. And then this was my response. It's an anthem for women, and I feel like I get to celebrate my grandmother. I get to celebrate my mom, my sister and my own womanhood in that song."

On performing "Cinnamon Tree" with Esperanza Spalding: "I had the pleasure of dueting this song in concert with her in London one time. ... This is off of her record which was a couple of years old, and so I think she said to me, 'Girl, I've forgotten how to play this tune.' ... And then she picked up the bass and just played it like she played it yesterday. I was like, 'Whatever.'"

On the song "Cinnamon Tree": "I wrote that song for a friend of mine ... We used to hang out a lot, but we would see each other really rarely. And we started to develop these kind of shorthand check-ins, since we had so little time with each other. And one of them became 'Cinnamon Tree.' It was just a phrase to mean, 'I miss you' or 'There you are' or 'I'm happy to see you.' ... We had never described what that term actually meant, so I decided I was going to write a song to describe what we were actually saying. So it's actually a song about gratitude and friendship."

On Corey King: "I first met Corey King when he was known as a trombonist and a part-time arranger, and at that time, Corey was a very, very shy person, but I always felt this twinkle in his eye. He seemed like somebody who's figured out a secret that you're still working on, but he's generous enough that he's not going to reveal it, you know? And I just felt this magnetism to his intellect and his creativity ... His music doesn't sound like anything that I am familiar with."

On the song "Midnight Chris": "That song is about my brother, and him kind of struggling with drug abuse in the past. And the ambient sounds of that was my way of soundtracking his experience with those things. ... We grew up on the southeast side of Houston actually, and we weren't really an athletic family — we were more artistic. ... So I think he was just kind of dealing with being himself in the South. And he just kind of succumbed to drugs back in the day and went through a lot."

On Michaela Anne: "Coming from high school and going to college and everything, I was just really, really inside of myself. And Michaela was one of the people who was so loving and generous, and we really became good friends during that time. And we didn't really make much music in college, but when she started making records and when I started hearing her sing, I was really blown away by her poetry and just her presence."

On her chosen style of music: "I sang jazz in school, and I love that art form so much, but it never felt true for me delivering it. So I think in my writing, as well as my actual singing voice, that it just lent itself to — although it's a blurry genre these days — to country, Americana, whatever you want to call it."

On the artist she's thankful for: "I don't sing soul music in the way that we think of soul music as the genre, but Otis Redding's singing and music has been, from a young age, a really strong influence and inspiration to me ... I think he has one of the greatest voices we've ever had the pleasure of hearing on this earth, and it conveys so much emotion and love and pain and joy. And as a singer and a songwriter, my goal in life is to be able to convey even a fraction of what I think he does and what I feel when I listen to him."