Accessibility links
'Gilmore Girls' Returns On Netflix, Just In Time For A Holiday Binge Gilmore Girls was a much-loved series that returns to the small screen after almost a decade. Most of the cast is returning, including the show's creator, Amy Sherman-Palladino. Fans are ecstatic. 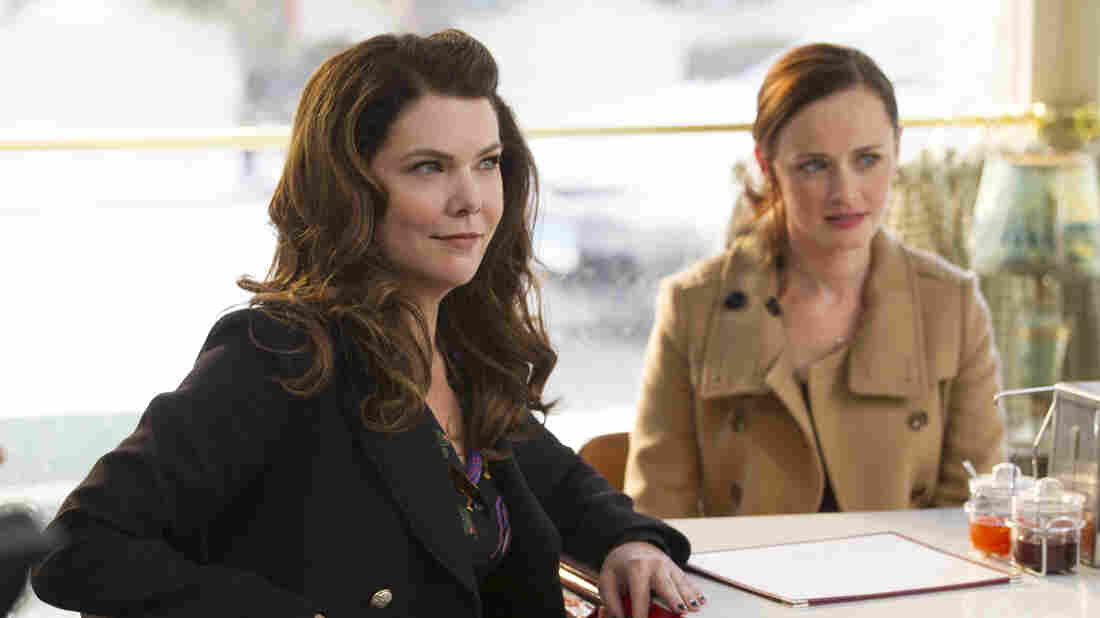 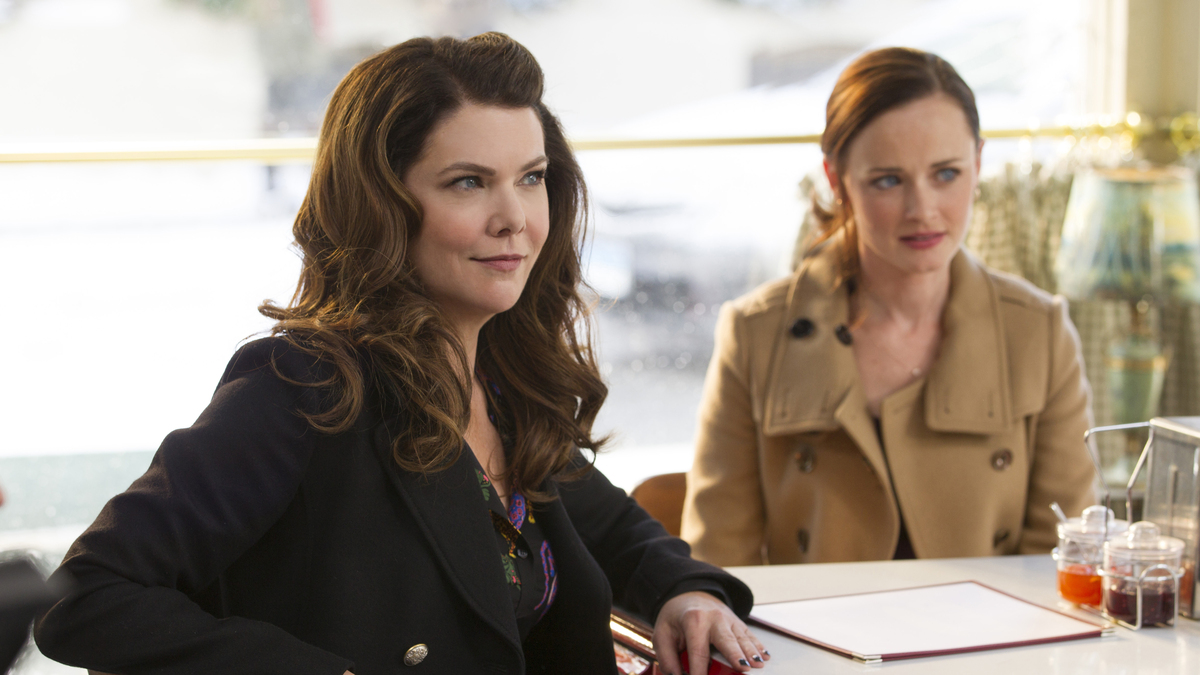 The four new 90-minute installments of Gilmore Girls that arrived Friday on Netflix under the title Gilmore Girls: A Year In The Life fare better by that adjusted standard than most. Gilmore Girls, which ran from 2000 to 2007, was a good show, and because creator Amy Sherman-Palladino left before the seventh and final season following a contractual dispute, she didn't get to end it the way she wanted to. Moreover, the reason to watch Gilmore Girls was always to spend time in its constructed universe, observing the relationships it built, and listening to its stylish dialogue and its "la-la-la" music. Most of the frustrations were around plot developments, in fact; most of the pleasures came from being in the characters' company. To be in their company again feels very much like television's closest approximation of the same holiday catch-up that happens in real life — that's one of the reasons the Thanksgiving weekend release is such clever timing.

We don't find Lorelai Gilmore (Lauren Graham) and her daughter Rory (Alexis Bledel) where we left them in 2007. The original series followed Lorelai from the 32-year-old mom of a 16-year-old to the almost-40 mom of a college graduate, and now Lorelai is pushing 50 and Rory is a grown, published writer. Time has been allowed to pass in their lives, and in the lives of everyone they knew.

The biggest change in Gilmore world is that Lorelai's father, Richard, has passed away like Edward Herrmann, who played him. This leaves Lorelai's mother, Emily — beautifully performed without so much as a dropped beat by the divine Kelly Bishop — to find a path forward without her husband of 50 years. As much as Herrmann is missed, and he is missed, the mother-daughter relationships between Emily and Lorelai and Lorelai and Rory have always been the best reason to watch Gilmore Girls. Sherman-Palladino, like any good writer, uses the grief that can't be avoided to tell new stories and to push particularly Lorelai's relationship with her mother to new places. And that, again, plays to the show's longtime strengths: other shows had snappy dialogue and other shows embraced quirky small towns, but very few writers cared about moms and daughters with the depth and focus that Sherman-Palladino did.

It's sort of funny, then, that so much of the chatter around the revival has been around revisiting the long-arc love story of Lorelai and Luke, and — inevitably — squabbling over the prospects of Rory's assorted disappointing boyfriends. For many women, the expectation that if you're single at the end of college, you are destined to either remain so or return to a man you already know would be alarming. But for Rory, there's a lot of fan talk about preferences as between Dean (the nice-guy first boyfriend turned disastrous affair), Jess (the rebellious second boyfriend), and Logan (the rich Yalie boyfriend). All return for the revival, but not in equal measure. As in life, some ghosts hang around, and some do not. I wouldn't dream of giving away the game here, but I will say that my own sympathies regarding The Legion Of Disappointing Boyfriends are not the same as they were when all these young men were younger men. And that's true to life, as well.

Sherman-Palladino has always been an idiosyncratic creator; that's what makes her work special. The bargain, though, is that every idiosyncratic creator will baffle you at some point with an offbeat idea that seems not to belong. There are a couple of those sequences here, particularly in the middle two segments, "Spring" and "Summer," both of which have their writing and direction credited to Sherman-Palladino's husband, Daniel Palladino (the two collaborated on the original show as well). Some of these are easier to forgive given that they seem to arise from efforts to use guest stars well — particularly Sutton Foster, who starred in Sherman-Palladino's short-lived but dearly missed series Bunheads and who shows up in Stars Hollow under circumstances that it would be impolite to spoil and that, frankly, don't matter very much. There are actually a number of Bunheads-related sightings, which is entirely consistent with the truism that whatever else is said about Sherman-Palladino's work, it's never less than fully transparent how dearly she loves it and how personally she takes it. In fact, that's one of the reasons it's good to see her wrap up this story as she intended, even independent of whether it entirely pleases you or not.

A friend of mine coined the term "anticippointment" to describe the way eagerness to return to a show like this often gives way to a realization that it couldn't quite give you everything you hoped for. This revival is not immune. Four 90-minute episodes amount to about the same running time as maybe eight and a half vintage Gilmore Girls episodes, or a little more than a third of a season. And in that third of a season, they have seven seasons of history to acknowledge, ignore, recall, or expand upon. They've also got to establish what's happened in the last nine years, complete three major storylines (Lorelai's, Rory's and Emily's), and perform a lot of what's derisively known as "fan service" — giving the people what they want. The people want to see Mrs. Kim again, and Babette, and Kirk, and if those names aren't meaningful to you, this revival probably isn't intended for you, particularly.

The good news is that if you're not a Gilmore Girls person and your relatives are eager to watch it over the holidays, there's plenty of that staccato dialogue and family playfulness to entertain and divert you. It just won't resonate the way it might if you've been watching since Rory wore her private-school uniform and formed her first friendships.