Accessibility links
CHARTS: The Electoral College May Be Dragging Down Voter Turnout In Your State Voter turnout tends to be higher in battleground states, as well as those with same-day registration. These charts show what that relationship looks like.

CHARTS: Is The Electoral College Dragging Down Voter Turnout In Your State?

CHARTS: Is The Electoral College Dragging Down Voter Turnout In Your State? 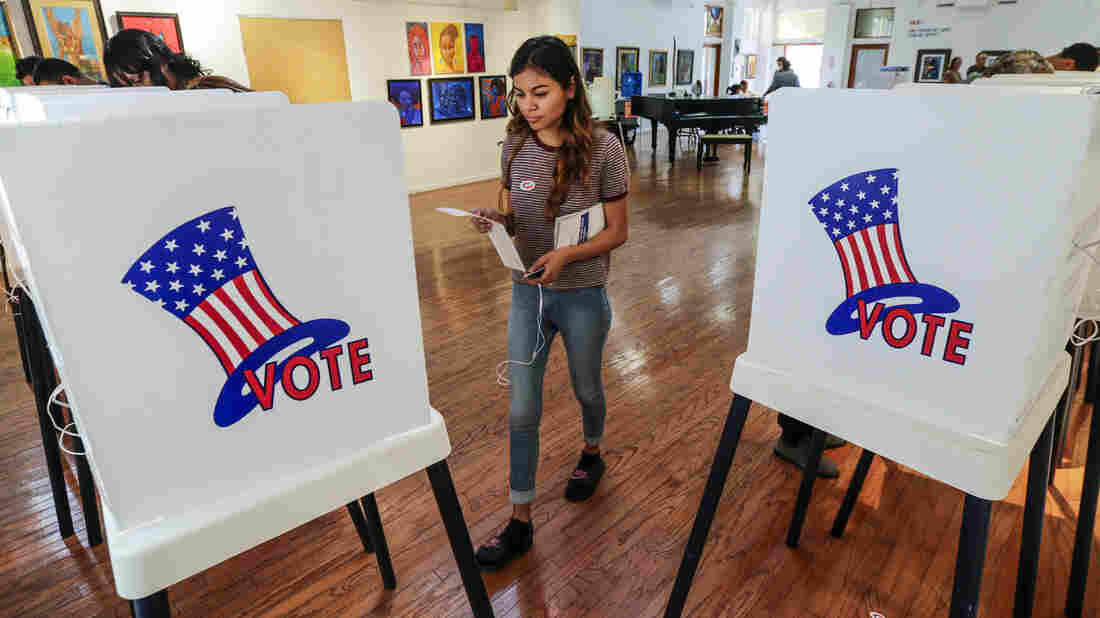 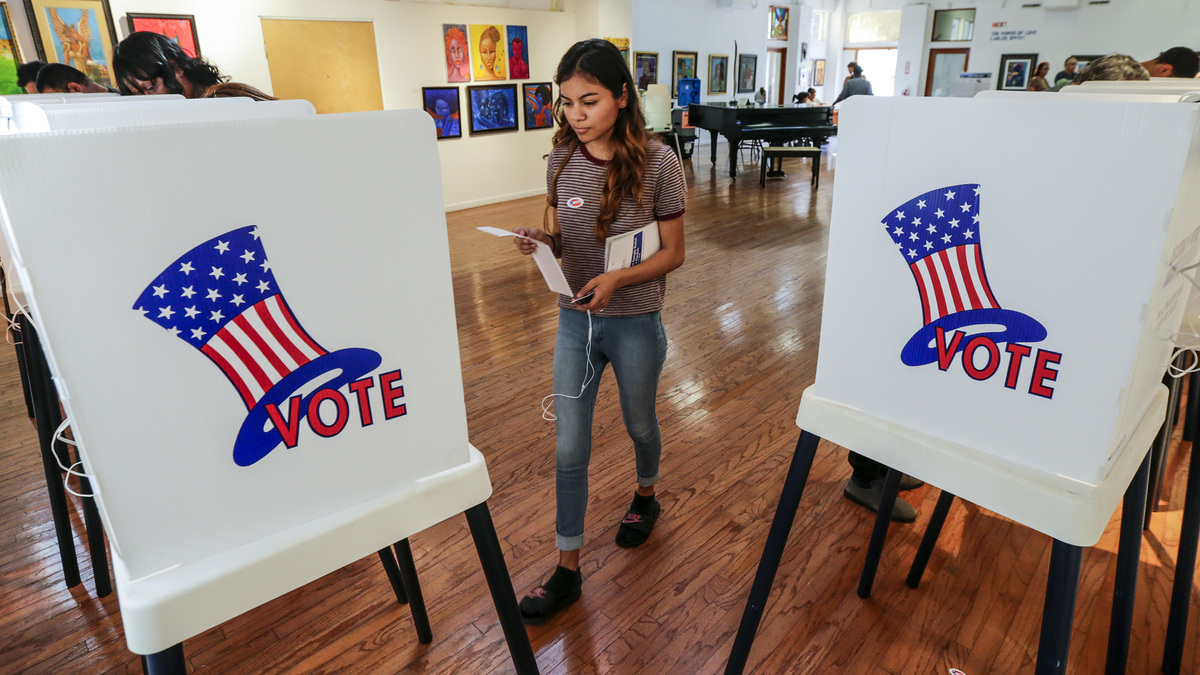 Maryjane Medina, 18, a first time voter, walks up to polling booth to cast her vote at a polling station set-up in Los Angeles, California.

What do Democrats in West Virginia and Republicans in California have in common? Many likely knew that their presidential election votes wouldn't "count."

Of course, these votes were counted, but anyone with a minimal knowledge of U.S. politics could have guessed that California would vote Democratic in the presidential election (Clinton won it by 29 points) and that West Virginia would go Republican (Trump won by nearly 42 points).

And because of the United States' peculiar electoral college system, in which the winner takes all the electoral votes in all but two states, all the California Trump votes and West Virginia Clinton votes didn't really matter much. So voters in those states might have reasonably shrugged and stayed home on Election Day.

The data suggest this may be happening. Of 15 states that NPR labeled as battlegrounds or leaning states in its final battleground map, 12 had turnout rates above the national rate — 58.4 percent of the voting-eligible population.

It's a bit of a "duh" trend, but no less striking. And while in a comparison like this we always must acknowledge that — say it with us — correlation does not imply causation, living in a battleground state encourages turnout, says Michael McDonald, associate professor of political science at the University of Florida, and who runs the U.S. Elections Project website.

"What's happening there in a state like in these battleground states it's the perception that the election is going to be close that's going to drive them to have a higher turnout," he said.

Not only that, but campaigns generally run robust get-out-the-vote operations in battleground states. So when door-knockers in Florida are encouraging people to get to the polls, it would make sense that the state would have a much higher turnout than Wyoming, where it doesn't really make much sense for either party to be too aggressive (Trump won it by more than 46 points).

A lot of those high-turnout states have more in common than being battlegrounds; many have also made voting more convenient.

One factor may be ease of registration. While this year's turnout rate among voting-eligible adults was 58.4 percent, the rate tends to be much higher among registered adults. In 2012, 84.3 percent of registered voters in fact voted, according to data compiled by the Pew Research Center.

Part of the difficulty may be with the registration and voting process. As it happens, the six states with the highest turnout also happened to have same-day voter registration.

Early voting is another way states make voting easier. However, it's much harder to find a trend in the early voting data, in part because so many states have it (or no-excuse-required absentee voting).

That said, it's notable that the three vote-by-mail states, Colorado, Oregon, and Washington — two of which are not battlegrounds — are among the highest-turnout states in the nation.

That makes sense, McDonald says, because some research shows that people tend to turn out when they have had contact about voting, whether it's via mail or phone or in person. And mail-in voting is about the most direct contact a person can get.

"There's no greater reminder that there's an election coming than getting a ballot in your mailbox," McDonald said.

And finally (and perhaps most controversially), there are voter ID laws. The National Conference of State Legislatures lists nine states with some form of "strict" law requiring that people show identification at the polls. Proponents of voter ID laws — often Republicans — argue that these laws prevent voter fraud. However, opponents (who tend to be Democrats) argue that in-person fraud is very rare to begin with, and that these laws depress turnout, particularly among minorities.

Some studies have supported this view, but what exactly it means is complicated. As the New York Times' Nate Cohn wrote in a deep dive into the research, "the so-called margin of disenfranchisement — the number of registered voters who do not appear to have photo identification — grossly overstates the potential electoral consequences of these laws."

Lots of other factors

None of our above analyses are exactly a scientific study — just a look at the raw data and what trends stand out. Just because a trend seems to show up here doesn't mean that it's causal (and just because it doesn't stand out doesn't mean there's not a relationship there).

Nor is this by any means a full accounting of factors related to turnout. There are many other correlations out there: non-Hispanic whites and African Americans both tend to have higher turnout than Latinos and Asian-Americans, for example.

Likewise, older voters turn out more reliably than younger voters. In addition, more-educated Americans tend to turn out in higher numbers than less-educated Americans. So if your state has massive turnout (or massive numbers of people who stay home), exactly why that's happening is likely a complicated story.