Accessibility links
Why Mary Halvorson Sounds Like No Other Guitarist With an approach once described as "anti-guitar," the 36-year-old composer and instrumentalist has made her name in a jazz scene dominated by men, leading her own groups and creating her own sound. 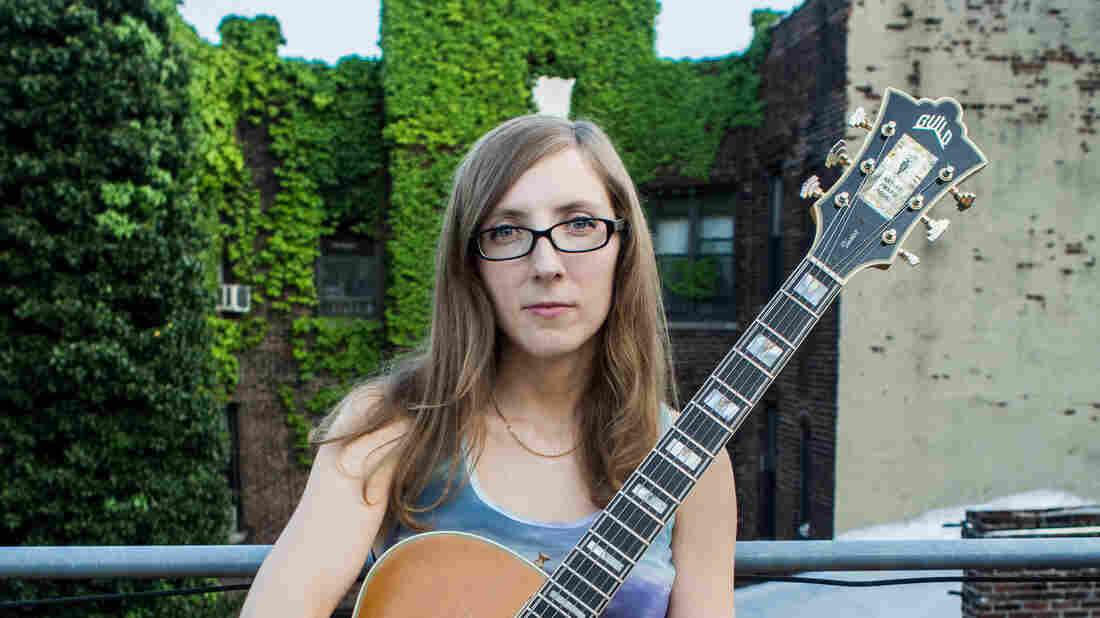 Mary Halvorson's latest album, Away With You, is a collection of octets. Peter Gannushkin/Courtesy of the artist hide caption 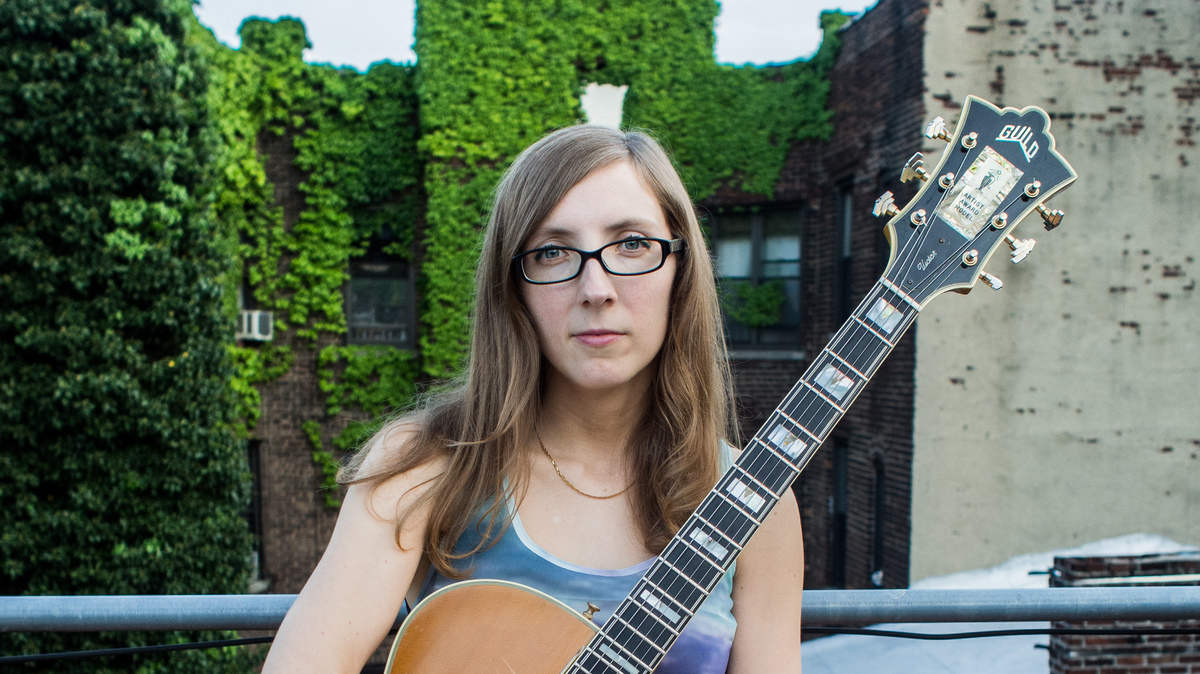 Mary Halvorson's latest album, Away With You, is a collection of octets.

Peter Gannushkin/Courtesy of the artist

When you see Mary Halvorson on stage, she doesn't look like much of a trailblazer. She plays sitting down. She's small, and mostly hidden behind her hollow-body guitar and glasses. But then she starts to play. And the sounds coming out of her amp are anything but conventional.

"I do like things that are unexpected," Halvorson says. "I often don't like music that's predictable, so you know what's coming next. I like to throw in things that maybe are a little less predictable."

Over the past decade, the 36-year-old guitarist and composer has found increasing attention and acclaim, leading her own groups in the man's world of jazz and wielding her instrument so distinctively, one music journalist described her approach as "anti-guitar." She insists that is not intentional.

"I'm not really thinking about being weird, if that makes sense?" she says. "I'm just trying to play some music I like. And it often comes out weird."

Halvorson discovered the electric guitar when she was 11, growing up in Brookline, Massachusetts. But she went to college at Wesleyan University in Connecticut planning to be a biologist. Then she walked into a music class taught by Anthony Braxton, the MacArthur "genius" grant-winning composer and saxophonist.

"And I was just so bowled over by him and his music that I ended up dropping all the science classes within the first semester," she says. "Within my first year, I thought, 'I can't not do this.'"

Halvorson says Braxton encouraged her to find her own voice on the guitar. "He's so excited about everything, and encouraging people to explore," she says. "It made you feel like there were unlimited possibilities." (She still performs in Braxton's band.)

After graduation, Halvorson moved to New York. At first, she worked in an office by day and played at night, but music has been her full-time job for nearly 10 years. And she works a lot, both as a leader and in bands led by other people — including the Young Philadelphians, with veteran guitarist Marc Ribot.

Halvorson's latest album is a collection of octets called Away With You, with featured collaborators including pedal steel player Susan Alcorn, cellist Tomeka Reid and saxophonist Ingrid Laubrock. Halvorson says she sees more and more women on the bandstand all the time.

"Which is amazing," she says. "I mean, it's not uncommon now for me to play in bands where women outnumber men. I think there's a real momentum, and things are starting to shift."

But it's still not all that common to see a young woman leading a jazz band. Halvorson says her philosophy as a leader is to give musicians the freedom to make their own choice, in much the same way that she found her own voice on the guitar.

"For me it's more a matter of just trusting my instincts, even if you have a really simple idea — just, 'OK, I like this, I'm gonna play' — and not worrying too much about what it is, what it sounds like, or doesn't sound like," she says. So I try as much as I can to play what I like, and trust what I like."