Accessibility links
Carrie Fisher Opens Up About 'Star Wars,' The Gold Bikini And Her On-Set Affair In her new memoir, The Princess Diarist, Fisher looks back on playing Princess Leia when she was 19 and reflects on her romantic involvement with her older, married co-star, Harrison Ford. 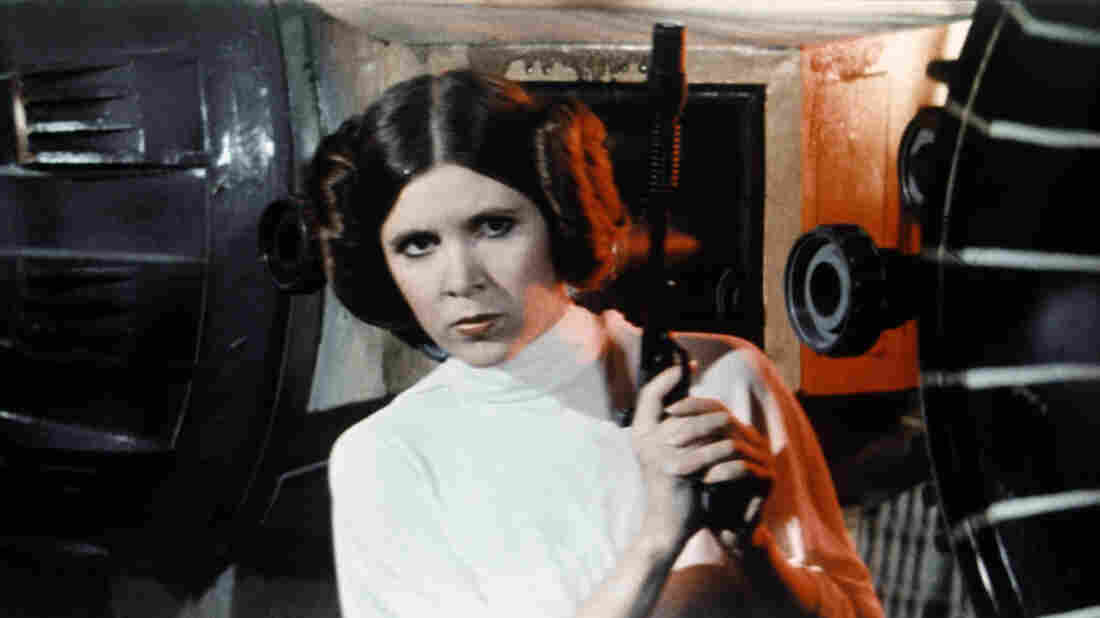 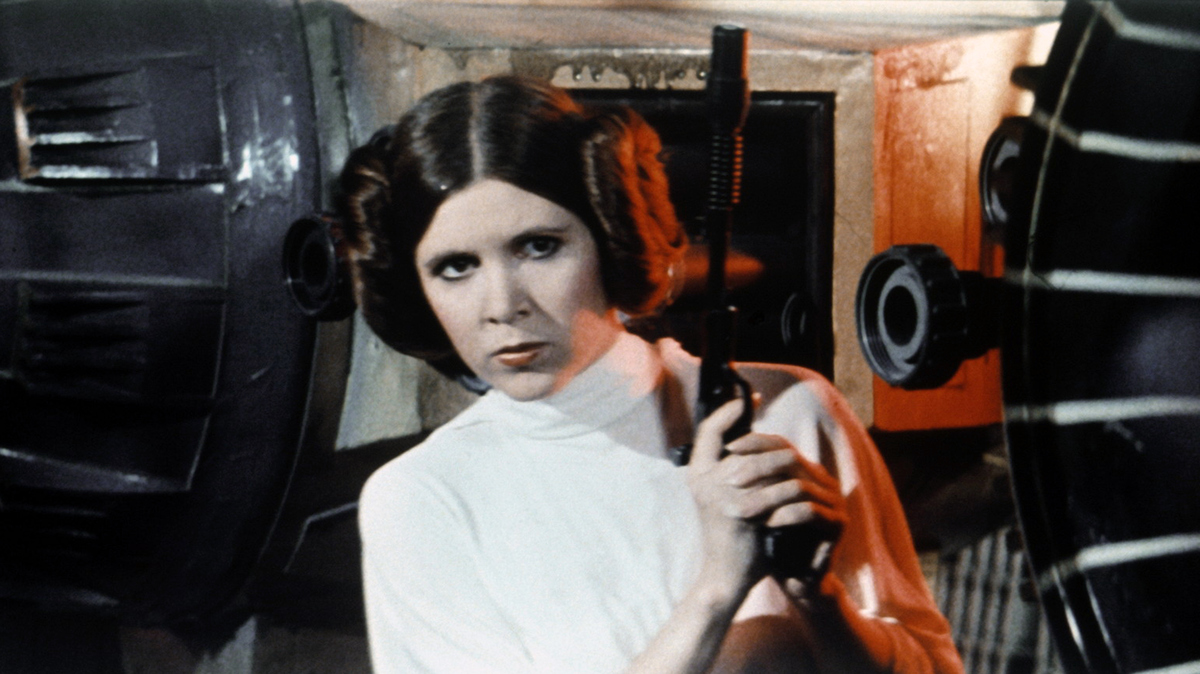 Carrie Fisher was an insecure 19-year-old when she appeared as Princess Leia in the first Star Wars movie, a role that would come to define her career. She tells Fresh Air's Terry Gross that despite becoming romantically involved with her older, married co-star, Harrison Ford, she often felt isolated on set.

"I didn't have anyone to confide in," she says. "I had no friends, and I couldn't talk about [the affair with Ford] because he was married."

Instead, Fisher began recording her thoughts and experiences in a journal. After the film wrapped, she put the diary away and forgot about it. Decades later, the diary resurfaced during a remodeling project.

Now Fisher has turned that diary into a memoir called The Princess Diarist. The book revisits the making of the first Star Wars film and includes excerpts from the journal. The actress says she was determined to share her experiences with others, even if parts of the journal feel very personal.

"I think I do overshare," Fisher says. "It's my way of trying to understand myself. ... It creates community when you talk about private things." 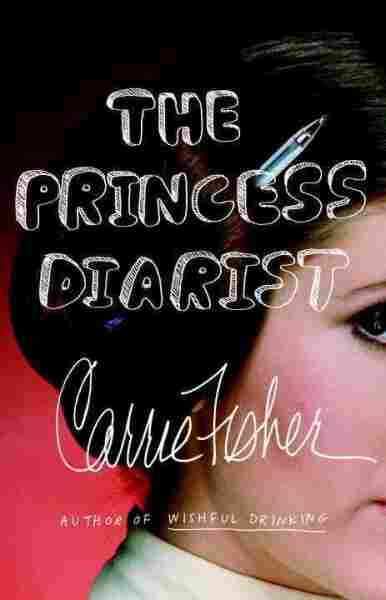 I said, "I found the journals that I kept during the first movie and I'm probably going to publish them." And he just sort of raised his finger and said, "Lawyer!" And then I said, "No, I won't write anything that you don't want. I mean, I'll show it to you before and you can take anything out that you want taken out. I don't want to make you uncomfortable," which I, of course, have. Unduly uncomfortable. ...

I sent it to him ... [and] I never heard back, so I can't imagine that he was comfortable with everything that was in it. But it's not like it's negative about him — it's just a personal story that's been a secret for a long time.

He's not the warmest person. He's not accessible, let's say that. He doesn't talk a lot, and I'm very extroverted. ... It was sort of one-half of a conversation was happening. ... I didn't pick him. ... I didn't even have the nerve to have a crush on him there. I thought he was out of my range, if I even thought about it. He was so much older than I was, and he was married.

On filming the iconic Return of the Jedi scene in which Han Solo and Luke Skywalker try to save Princess Leia from Jabba the Hutt, an alien gangster who has taken her as a slave and forced her to wear a revealing gold metal bikini

When we first rehearsed it, [Han (Ford) and Luke (Mark Hamill) are] brought in front of Jabba. They talk to Jabba, Jabba talks to Harrison and Mark, and then they're led off. They never say, "Hey, how are you?" So as they were being led off, I said, in the rehearsal, "Don't worry about me! I'll be fine! Seriously!" which I thought they should've kept in there.

It was like, "Where am I in all of this?" ... I have to stay with the slug with the big tongue! Nearly naked, which is not a style choice for me. ... It wasn't my choice. When [director George Lucas] showed me the outfit, I thought he was kidding and it made me very nervous. I had to sit very straight because I couldn't have lines on my sides, like little creases. No creases were allowed, so I had to sit very, very rigid straight. ... 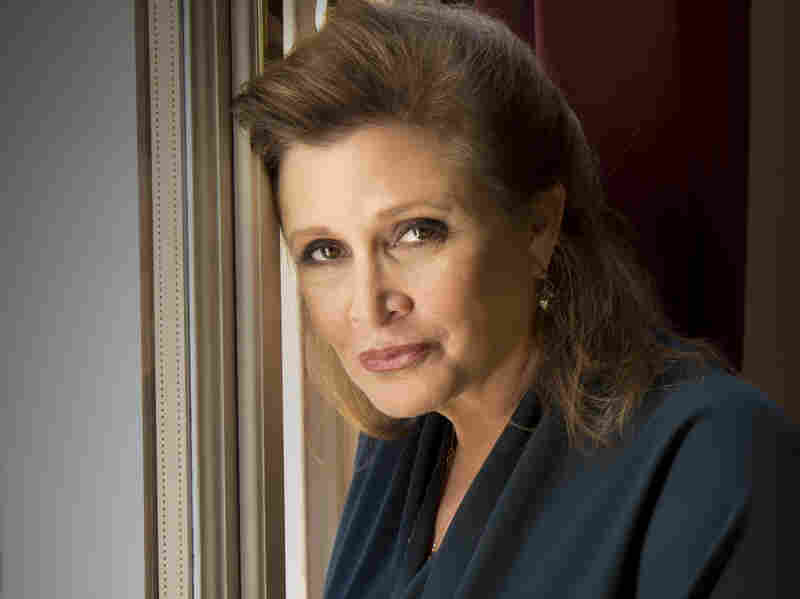 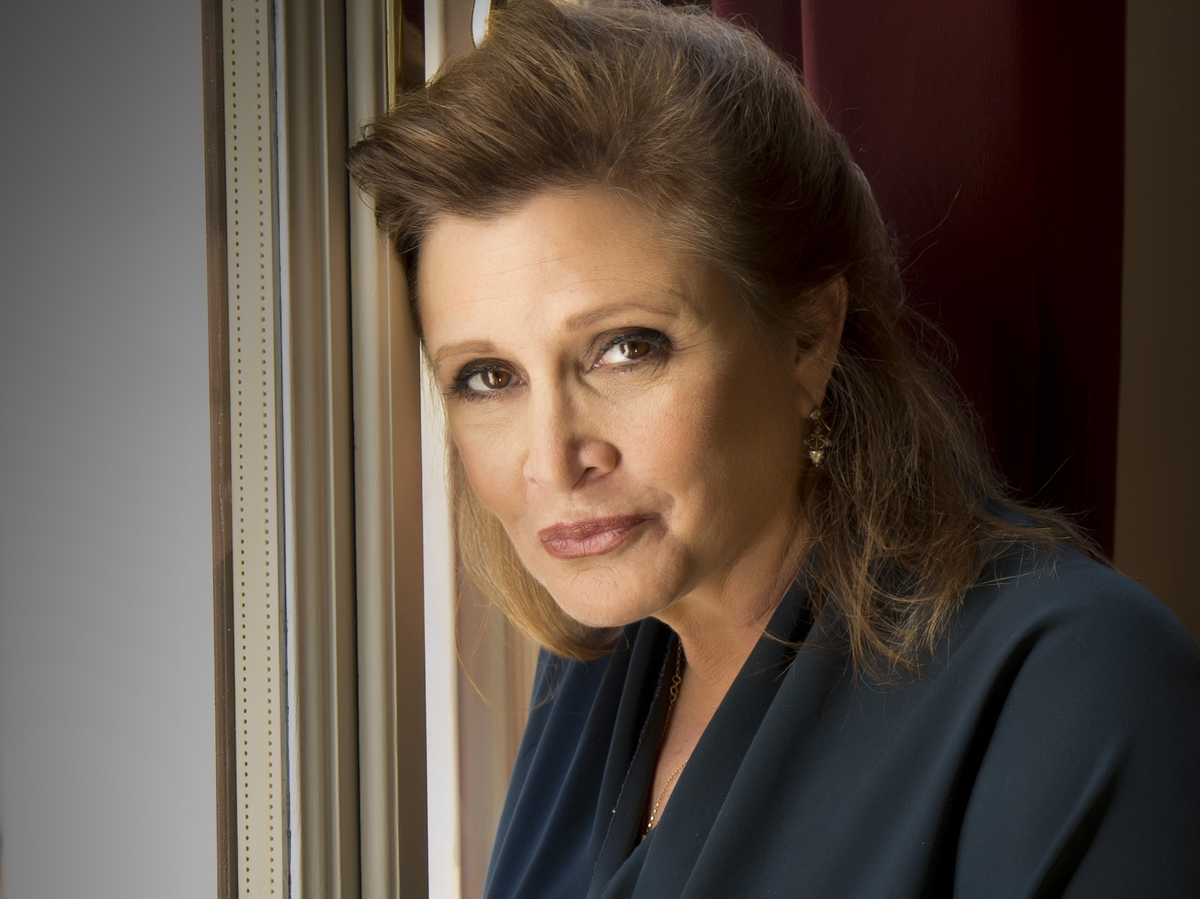 Carrie Fisher reprised her role of Princess Leia in the 2015 film Star Wars: The Force Awakens.

What redeems it is I get to kill him, which was so enjoyable. ... I sawed his neck off with that chain that I killed him with. I really relished that because I hated wearing that outfit and sitting there rigid straight, and I couldn't wait to kill him.

My favorite one to see is the metal bikini — on men! That is what has been happening a lot. A lot. And not thin men, by the way! So that makes me feel good about myself, kind of a before-and-after thing — this is way after. Not only is Princess Leia fatter, she's a guy!

On her mother, actress Debbie Reynolds

She's an immensely powerful woman, and I just admire my mother very much. She also annoys me sometimes when she's mad at the nurses, but she's an extraordinary woman. Extraordinary. There's very few women from her generation who worked like that, who just kept a career going all her life, and raised children, and had horrible relationships, and lost all her money, and got it back again. I mean, she's had an amazing life, and she's someone to admire.

On how she felt about her mother's celebrity growing up