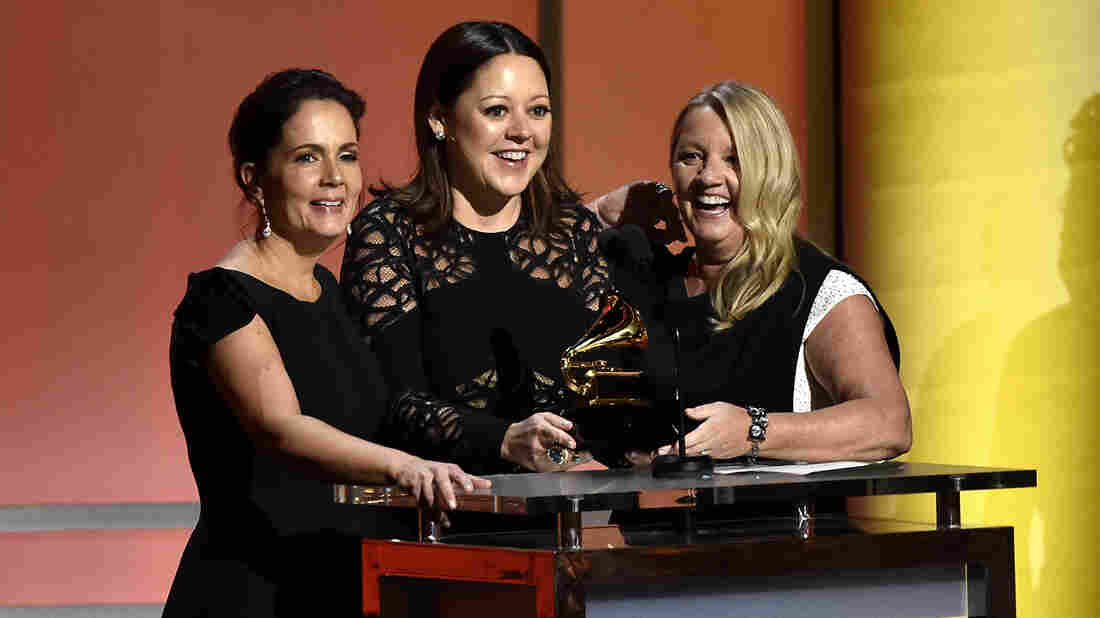 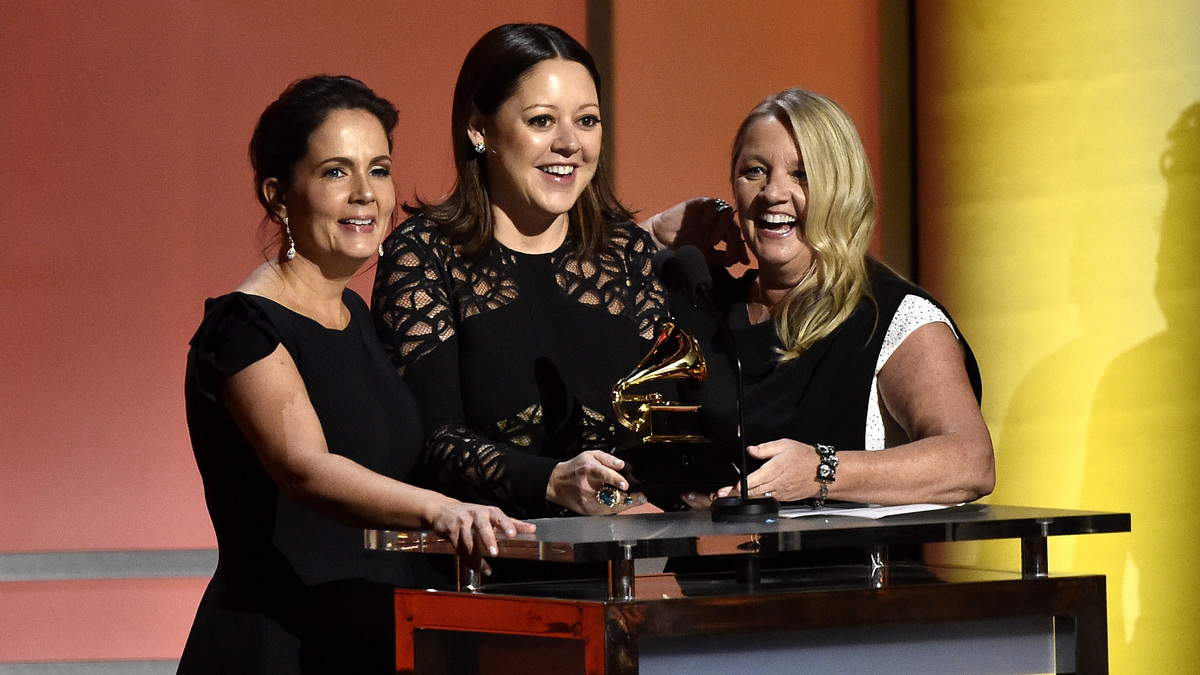 You might expect one of Nashville's leading hit-writers to advertise her status with a flashy home. Not Hillary Lindsey. She lives in a quaint bungalow on a quiet street. A concrete walkway leads past the house to a small studio of sorts out back. The cozy space is shared by a rack of guitars, a piano and, more unexpectedly, a queen-size bed and bassinet. Lindsey says it was originally a writing studio — until she had a baby. Now it's where her parents or her fiancé's parents sleep when they visit, but Lindsey says she still writes in there sometimes. "And sometimes I sit on the bed when I write, which is funny," she says.

Lindsey hasn't lost her soft Georgia drawl. She grew up in the small town of Washington, Ga., covering country and pop hits with a karaoke machine and dreaming up melodies on the family piano. "At that point I assumed that all of those artists wrote their own songs," Lindsey says. "So when I moved to Nashville, that was my assumption and I was wanting to be an artist and also write my own songs."

But she discovered that a lot of the work is done by a professional songwriting community, and she started carving out a spot in it. Then American Idol winner Carrie Underwood launched a country career with one of Lindsey's songs, "Jesus Take The Wheel."

Underwood has been coming to Lindsey for material ever since, and so have a lot of other country acts. Lindsey relishes the challenge of transcending her own perspective. "It's amazing when you can tap into your own thing, to your own personal life," Lindsey says. "But when you write every day, I mean, what in the world are you gonna say? Right now I would be writing about dirty diapers. Nobody wants to hear about that."

Several years ago, Lindsey's friendships with a couple of other songwriters, Lori McKenna and Liz Rose, grew into a partnership. They call themselves the Love Junkies. For these collaborators, a lot of song ideas arise organically from conversation. "We end up just talking as friends, as girlfriends and mothers and wives and daughters and sisters and all the things that we are in our lives," McKenna says. "Then something will come up and we'll be like, 'That's a song!'"

Songs We Love: Lori McKenna, 'The Bird & The Rifle'

The three women get together once a month for a songwriting sleepover. McKenna makes the trip from Massachusetts, and Rose hosts the gatherings at her Nashville home. These epic writing sessions have produced songs for Little Big Town, whose smash "Girl Crush" is a good example of the bruised emotional territory the Love Junkies like to explore.

Rose says it takes a lot for the group to reschedule, but some circumstances do call for flexibility. "When Lady Gaga calls Hillary, we kinda go, 'OK, we'll hold off on that one. We'll move that week,'" she says.

That's right: Lindsey co-wrote two of the songs on Gaga's latest album, Joanne. While she's used to brainstorming with Underwood, country's quintessential girl next door, Lindsey wondered whether Gaga might be looking for something more out-there. Lindsey agreed to the collaboration, but she says she had some worries at first. "I didn't know if I was going to be able to give her what she wanted or what she needed," she says. "I had no idea how it would play out."

It turned out that Gaga was a big "Jesus Take The Wheel" fan, and she opened up to Lindsey as easily as any other co-writer. The biggest difference was that Gaga captured her lyrics on a vintage typewriter. "It makes it hard ... she can't email me anything," Lindsey says, laughing. "But it's still so cool."

You can hear Lindsey's voice on Joanne, too, singing harmonies on the song "Million Reasons." She and Gaga dueted on Saturday Night Live, an experience Lindsey describes as "unbelievable." At sound check for SNL, Lindsey saw a mic stand next to Gaga's piano. "I looked at one of the crew guys and I said, 'So is she getting up in the middle of the song or something and moving over to stand to sing?' And he said, 'No, honey. That's for you.'"

Artists often ask Lindsey to harmonize on songs she's written. But when they take her tunes on tour, she stays close to home with her infant daughter and her fiancé, Cary Barlowe, a successful songsmith in his own right. She says he keeps a constant eye on the charts and social media, while she does her best to block all of that out. "It makes me feel like I'm not cool and I don't write good songs and I have no friends," she says, laughing. "So I don't like looking at it."

Even if Lindsey doesn't tweet about what she's up to, she's got no shortage of followers: They practically line up at her door for songs.