Accessibility links
Stand Clear Of The Doors: TV Finally Gets On Board With Mass Transit TV doesn't have the best track record with public transportation; in the '90s and early 2000s, even shows set in New York rarely showed characters on the subway or bus. Now, that's starting to change. 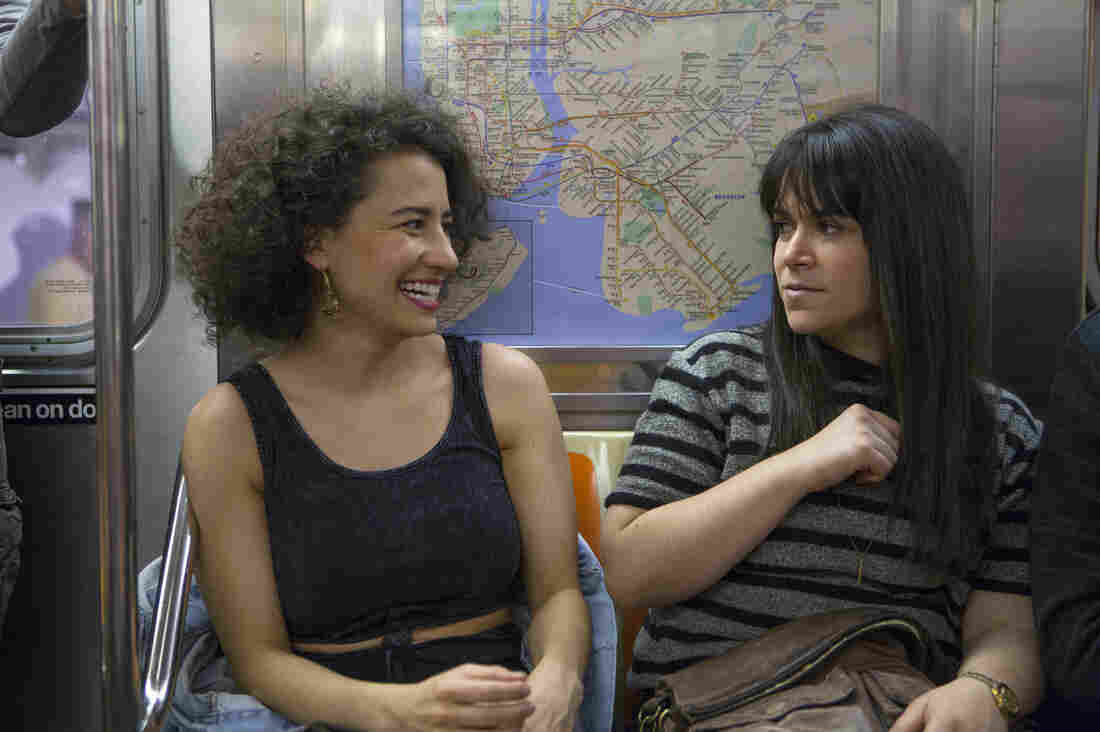 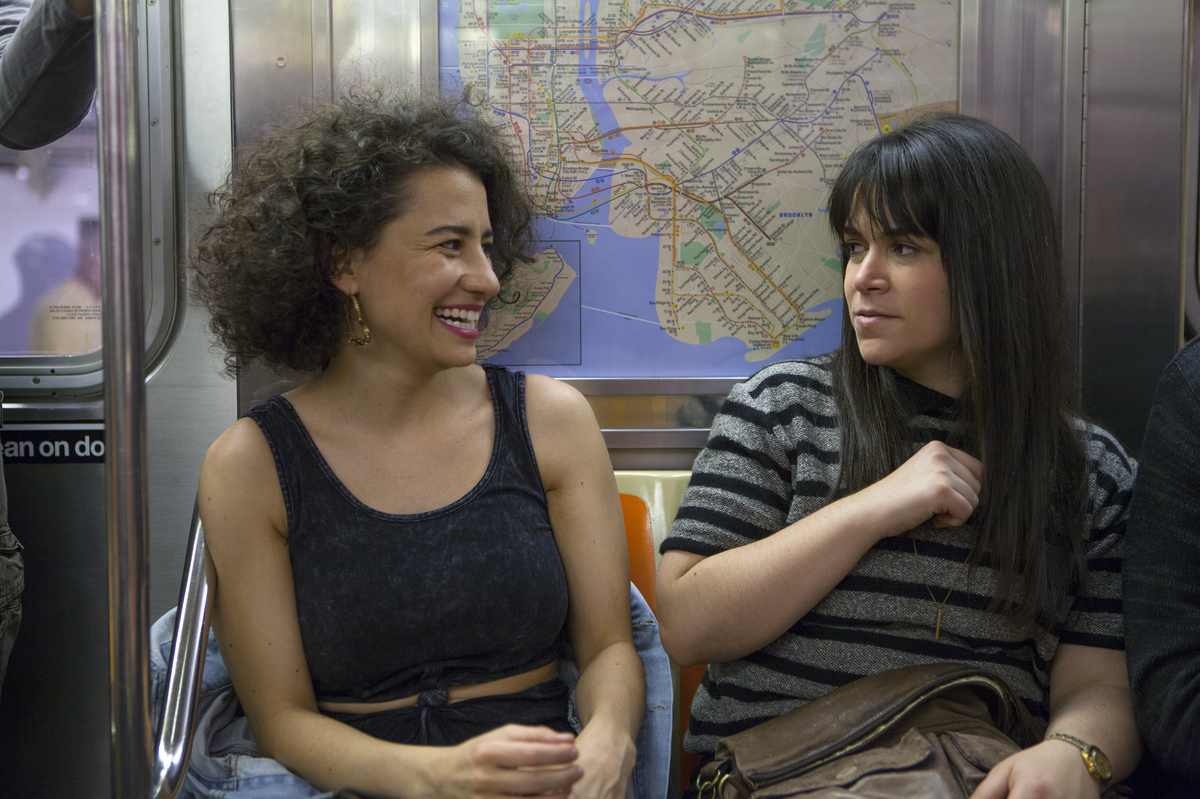 In the 1990s and early 2000s, TV shows didn't have a lot of love for mass transit — as Homer Simpson pronounced, "Public transportation is for jerks and lesbians."

Even on iconic shows set in New York City, characters didn't take advantage of their mass transit options. The stars of Sex and the City rode in taxis and cars. Same with Seinfeld (except for that one time when Jerry's car was in the shop and Elaine was forced to take the subway.) So, too, in fictional Springfield — Alex Marshall, who has written about public transportation in popular culture, says he can't recall even seeing a bus on The Simpsons.

But now, things have changed. On shows like Girls, The Mindy Project, Broad City and Mr. Robot, New York characters routinely use public transit. Watching Mr. Robot, Marshall says, "I almost feel like they're showing my life." (In a city-dweller sort of way, not a paranoid hacker sort of way.)

Marshall is a public transportation fanboy. He appreciates when TV characters use subways and buses to navigate their fictional, but very recognizable, worlds. "Infrastructure is aspirational," Marshall says. "It's not just a means to solve a problem or to get from here there."

And it's hardly just New York. On the TV show Atlanta, characters have deep conversations on the bus. And on Jane the Virgin, Jane takes public transportation all over Miami. She even goes into labor on the bus. (All the other passengers unite to make the driver take her to the hospital.) Public transportation is public theater on these shows. It's a social space where people accidentally run into each other and find civic cohesion.

Dramatic potential aside, mass transit can be a drag. People often take it because they have no other choice. You sacrifice privacy, and the pleasure of literally being in the driver's seat. "You do pay a time penalty in most places for riding public transportation," says Michael Manville, who teaches at UCLA's Institute of Transportation Studies.

Recently, transit systems across the Northeast have been struggling — there were strikes in Philadelphia, a federal safety investigation in New Jersey and a crippling financial crisis in Washington, D.C.

Trump has just nominated former Secretary of Labor Elaine Chao for Transportation Secretary. But so far, there's little hard evidence that Trump's trillion-dollar infrastructure plan will help out ailing bus and subway systems or add new ones — even though there's strong support for mass transit among voters. That's why Marshall thinks it's important to show people benefiting from public transportation on screen.

"TV and popular culture acts kind of like a force multiplier," he says. "We have visions in our heads of how we want to live. ... We want to get there and it's something to strive to."

Perhaps, Marshall suggests, policy makers who want to improve our buses and subways should pay a bit more attention to what's on TV.