Accessibility links
Supreme Court Tests Whether Detained Immigrants Have Right To Hearing The Supreme Court tests whether immigrants facing deportation are entitled to a hearing, with possibility of release within the U.S., if they have been held for six months or longer. 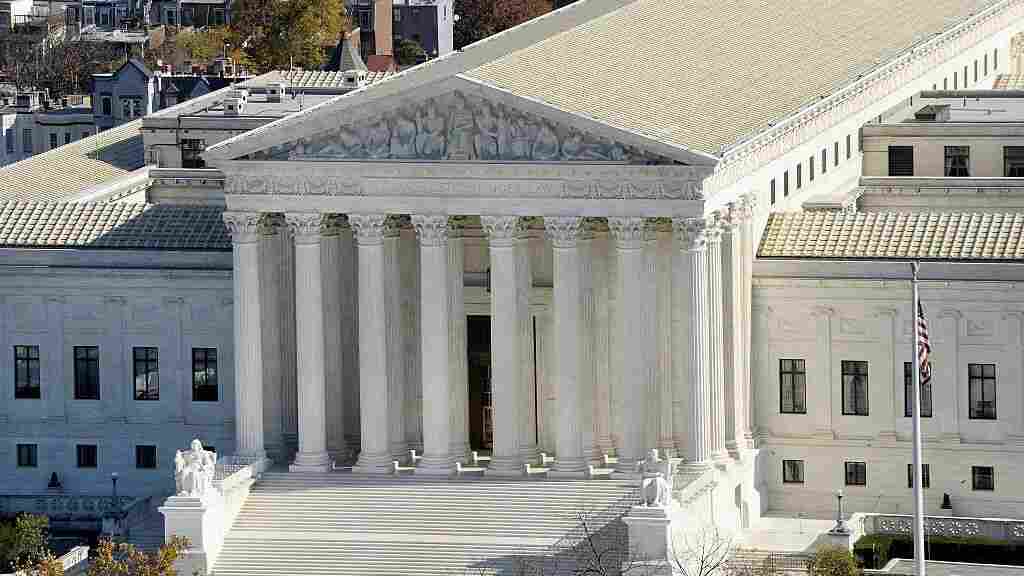 The U.S. Supreme Court heard arguments on Wednesday about whether immigrants can be detained indefinitely without a chance to persuade a neutral judge that they are entitled to temporary release. Pool/Getty Images hide caption 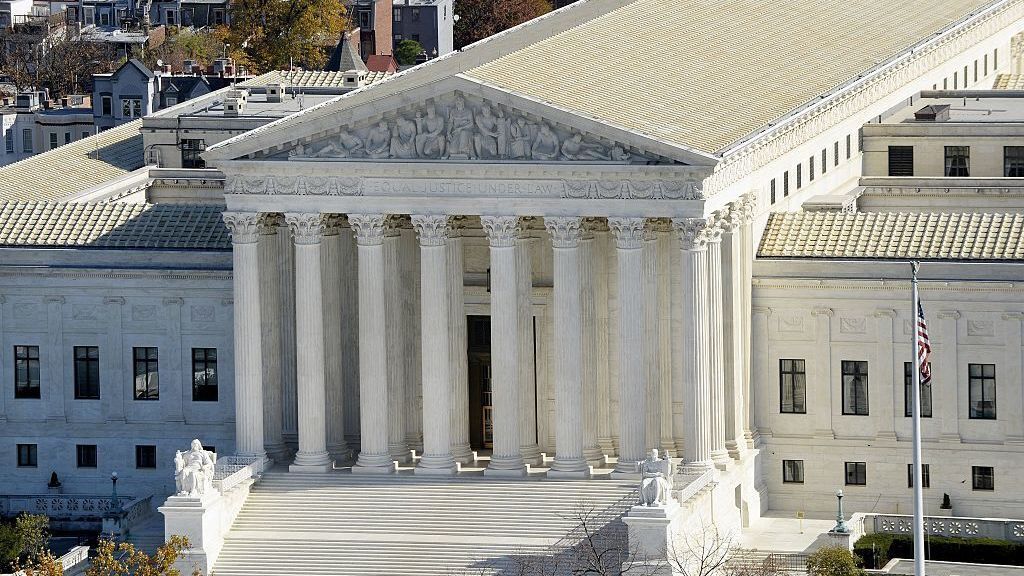 The U.S. Supreme Court heard arguments on Wednesday about whether immigrants can be detained indefinitely without a chance to persuade a neutral judge that they are entitled to temporary release.

The U.S. Supreme Court appeared closely divided Wednesday as it tried to figure out whether immigrants can be detained indefinitely without a chance to persuade a neutral judge that they are entitled to temporary release.

The people who brought the case are a special subset of immigrants, who number 6,000 to 8,000 on any given day. They are long-term residents of the U.S., whose legal status was revoked after they committed a crime, often a relatively minor crime such as possession of a drug or petty theft. Or some are asylum seekers who claim a credible fear of persecution in their home countries.

But their cases take a long time, on average 13 months, during which they live in prison-like conditions and have no chance to ask a judge to be released.

A federal appeals court in San Francisco agreed. It ruled that after six months behind bars, these detainees are entitled to a hearing to determine if they are a safety or flight risk. If not, the appeals court held, the immigrants can be temporarily released by posting a money bond, or by agreeing to electronic monitoring, or both. The Obama administration appealed that court's ruling to the Supreme Court.

Inside the high court chamber Wednesday, the three most conservative justices appeared to have little sympathy for the immigrants' position. A fourth conservative, Justice Anthony Kennedy, seemed only marginally more supportive. The four liberal justices were a bit more concerned about the constitutional problems of long-term detention without a hearing.

But all the justices wrestled with multiple, and sometimes conflicting, statutory provisions, and the argument splayed out into something of a mess.

Acting Solicitor General Ian Gershengorn told the Court that the reason deportations take so long is that federal law allows detained immigrants to submit evidence proving they are entitled to stay here legally. As long as the government is diligently pursuing a determination on an immigrant's status, he said, there should be no time limit, though he conceded that 20 years would be too long.

Justice Elena Kagan interrupted: We would all say "you can't just lock people up without any finding of dangerousness ... [or] flight risk."

Why not "set some guideposts" for evaluating these cases after six or nine months, she continued, "rather than having one suit pop up here... and another in another place," with everybody being treated "differently"?

Lawyer Gershengorn responded that while the Court has the power to do that, it is unnecessary. He noted that 90 percent of the cases conclude after 19 months.

Justice Sonia Sotomayor replied caustically, "We are in an upended world when we think ...19 months is a reasonable time to detain a person."

In response, Chief Justice Roberts proposed the government's suggestion for a "safety valve"—namely that detainees could file a writ of habeas corpus, demanding a hearing on the reasons for their imprisonment.

But Arulanantham, who was representing the detainees, rejected that idea, noting that most of the people in this class-action lawsuit do not have individual lawyers; they aren't familiar with the ins and outs of the American judicial system, and as a practical matter, he said, requiring such a legal action would "close the courtroom door to them."

Arulanantham told the justices that under other statutes accused terrorists get a bond hearing in six months. In contrast, he noted, legitimate asylum seekers escaping torture and persecution are detained on average for more than a year before getting a bond hearing.