Accessibility links
Senators, Military Specialists Say Army Report On Dismissed Soldiers Is Troubling The review was ordered after NPR found that 22,000 soldiers diagnosed with mental health problems or brain injuries were dismissed for misconduct. The Army concluded it fairly dismissed them. 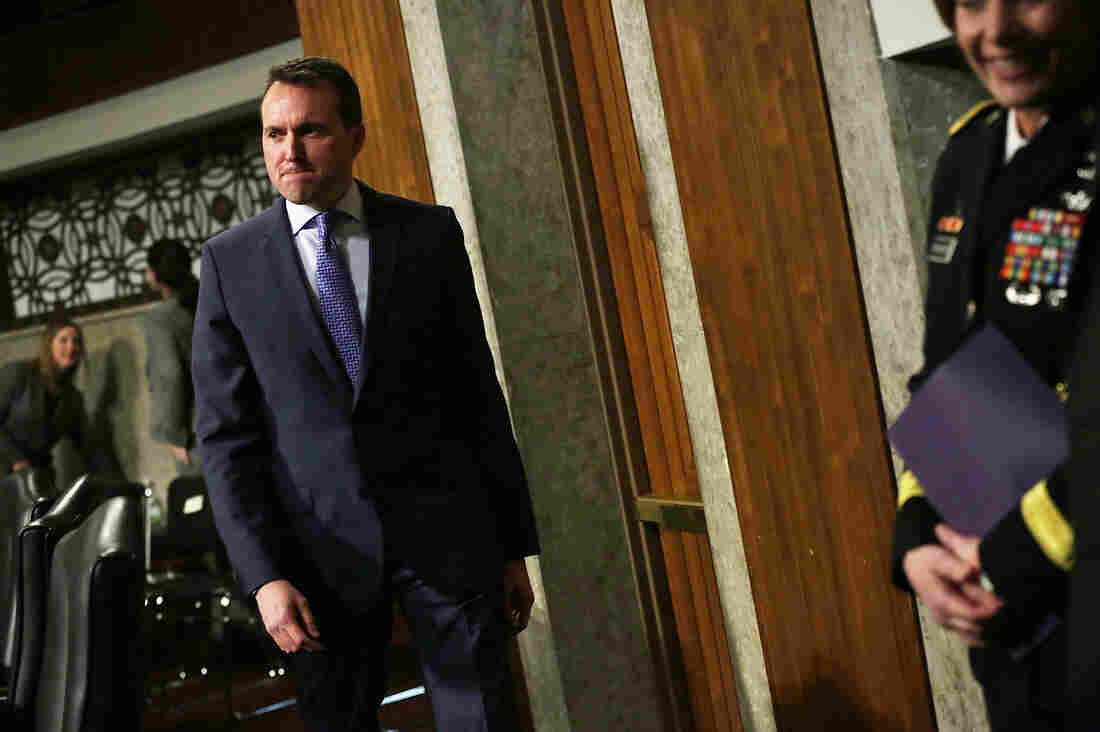 U.S. Secretary of the Army Eric Fanning ordered a review after an NPR investigation found thousands of soldiers diagnosed with mental health problems or brain injuries were dismissed for misconduct. But the new Army report concluded that it treated the soldiers fairly. Alex Wong/Getty Images hide caption 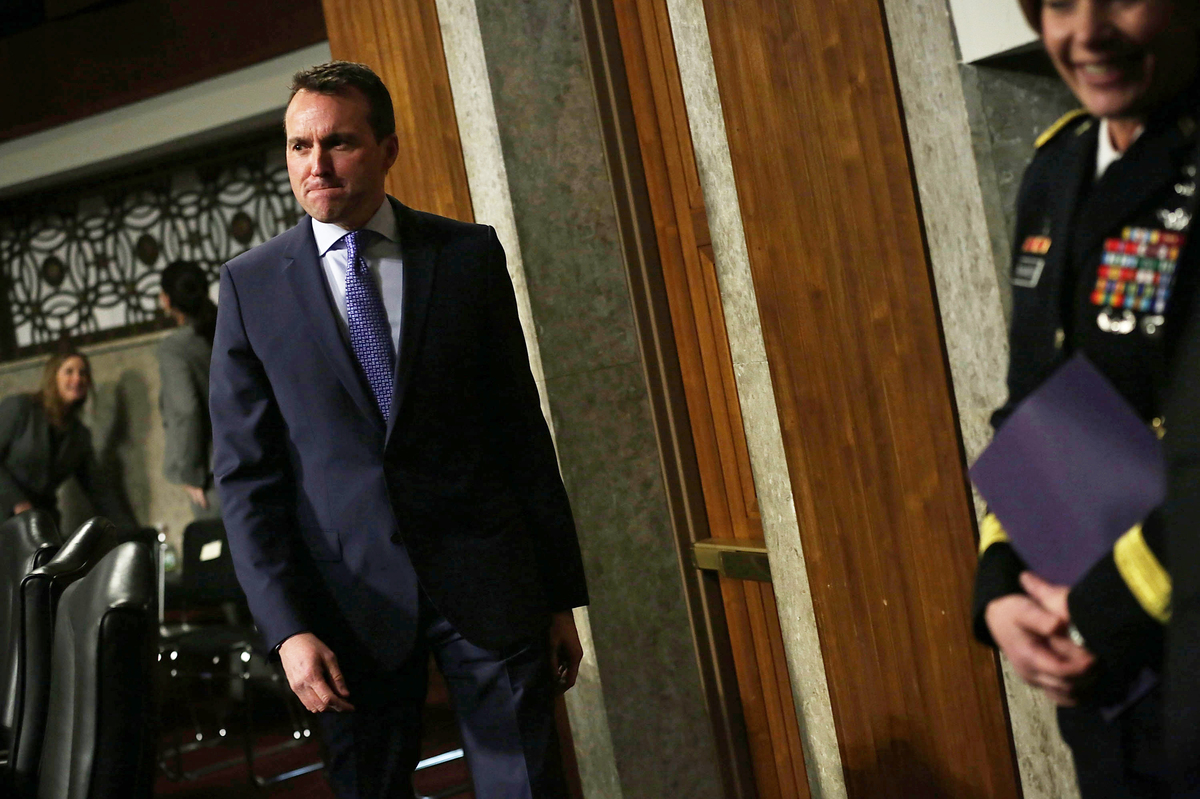 U.S. Secretary of the Army Eric Fanning ordered a review after an NPR investigation found thousands of soldiers diagnosed with mental health problems or brain injuries were dismissed for misconduct. But the new Army report concluded that it treated the soldiers fairly.

An Army review concludes that commanders did nothing wrong when they kicked out more than 22,000 soldiers for misconduct after they came back from Iraq or Afghanistan – even though all of those troops had been diagnosed with mental health problems or brain injuries.

The Army's report, ordered by Secretary Eric Fanning, seeks to reassure members of Congress that it's treating wounded soldiers fairly. But senators and military specialists say the report troubles them.

The Army's report is "unbelievable," says psychiatrist Judith Broder. "It's just bizarre." Broder was awarded the Presidential Citizens Medal by President Obama for organizing the Soldiers Project, a network of hundreds of psychotherapists and others who help troops and their families.

NPR asked Fanning for an interview, but he declined and sent a statement: "Anyone who is injured while serving our nation deserves to be properly diagnosed and treated," it says, in part. "In cases where a Soldier is facing separation as a result of his or her conduct, the completion of a thorough medical review is a routine part of the Army's process."

The Army didn't provide NPR an interview with other top officials, either.

NPR and Colorado Public Radio revealed last year that the Army has separated more than 22,000 wounded soldiers for misconduct since 2009, stripping them of some or all of their benefits — often unfairly because they had mental health problems or brain injuries. As a result, 12 Democratic senators signed a letter asking Fanning to investigate and "rectify this grave offense to the men and women that serve in our armed forces."

Fanning responded by ordering Assistant Secretary for Manpower Debra Wada "to conduct a thorough, multidisciplinary review," of how the Army handles misconduct separations for troops with mental health problems or brain injuries. Army auditors and the inspector general took part.

The report is dated April 14, but Army officials released it only recently. The report's conclusion: "The Army remains confident in the administrative processes that define misconduct separation procedures." The report supports that statement by arguing that the Army has followed the letter of a 2009 law. But senators say the report focuses too narrowly on precise legal wording instead of examining a widespread problem that started coming to light more than a decade ago.

The nation's leaders had become increasingly troubled by widespread media reports that commanders were kicking out wounded combat soldiers instead of helping them. So Congress passed a law requiring commanders to evaluate two issues whenever they're considering dismissing a soldier for misconduct: whether that soldier has been diagnosed with traumatic brain injury or post-traumatic stress disorder, and whether he or she deployed during the previous two years in a war zone or other "contingency operation." If so, the commanders must decide if those injuries "constitute matters in extenuation" that helped trigger the soldier's behavior. The law does not specifically mention other mental health disorders.

The Army's report states that only 3,327 of the more than 22,000 soldiers who had been kicked out met that legal test. As a result, investigators ignored the rest of the soldiers — roughly 19,000 of them — who had mental health problems or brain injuries.

Broder says that by focusing on the fine print in the law, Army officials are missing the big picture. If Army officials genuinely want to help wounded troops, their new report makes no medical sense. 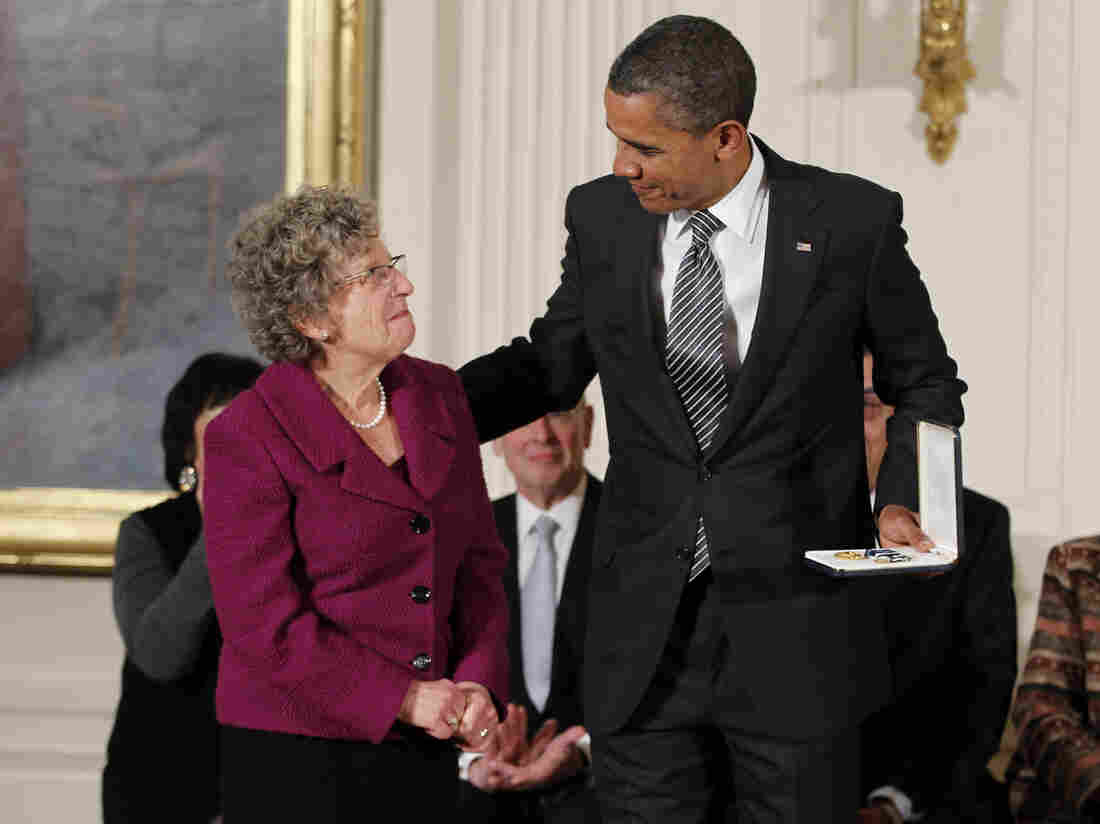 President Obama awards the 2011 Presidential Citizens Medal to Judith Broder during a ceremony at the White House. Broder created The Soldiers Project which meets mental needs of servicemembers and their families. Charles Dharapak/AP hide caption 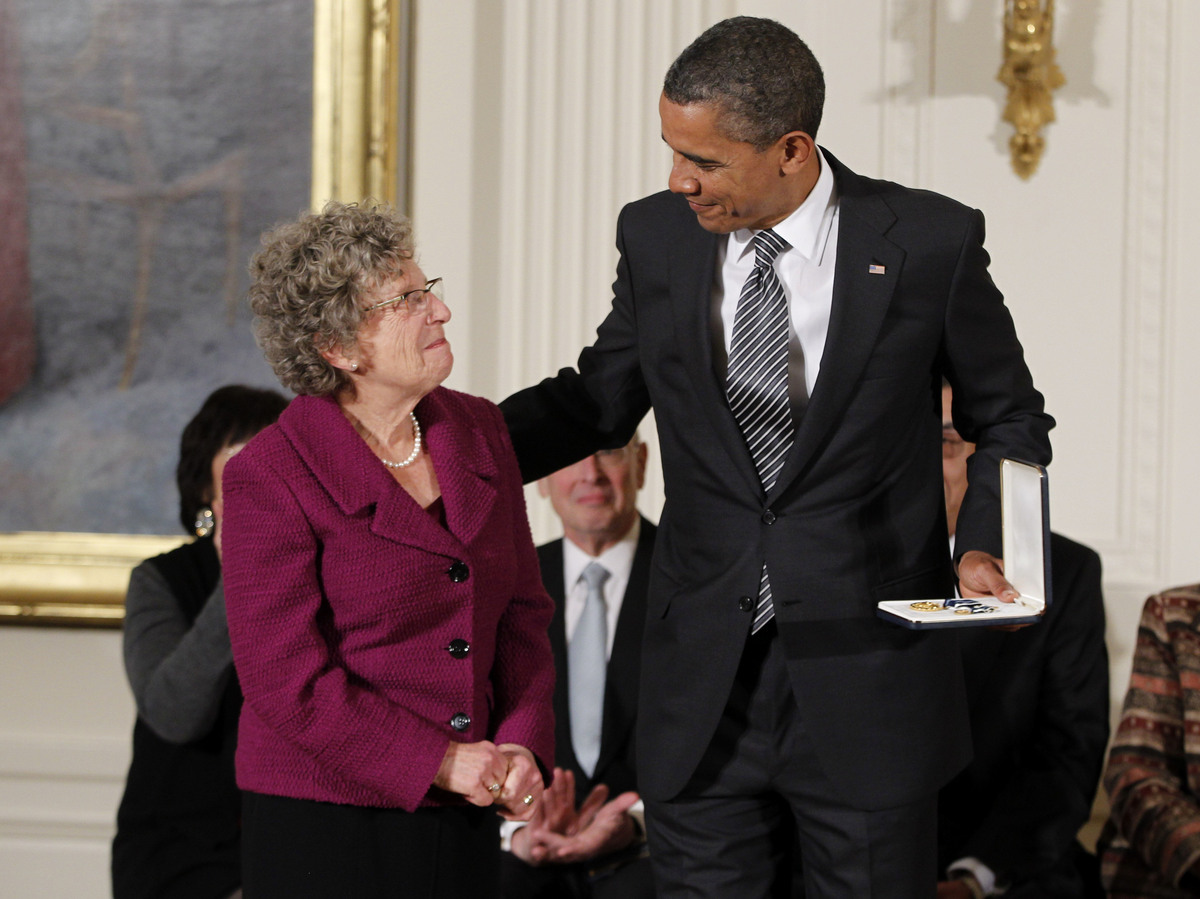 President Obama awards the 2011 Presidential Citizens Medal to Judith Broder during a ceremony at the White House. Broder created The Soldiers Project which meets mental needs of servicemembers and their families.

"It's mind boggling to exclude people because they don't have one of those two diagnoses," Broder says. "Our experience at the Soldiers Project is that at least half, maybe more than that, of the people who call us with mental health problems following their service have anxiety, depression, drug and alcohol problems, all of which directly flow from their experiences in combat." But, she says, they have not been diagnosed with PTSD or TBI.

Army records, which NPR and CPR obtained under the Freedom of Information Act, reinforce the Soldiers Project's findings. Those records show that most of the 22,000-plus troops whom the Army kicked out for misconduct had been diagnosed with illnesses such as "anxiety disorder," "adjustment disorder" or "mood disorder," which includes depression.

Murphy says he's also troubled that the Army report suggests that soldiers' mental health injuries don't matter if they didn't serve in the wars within two years of their diagnosis.

"What we know is that PTSD and other disorders and conditions that arise from military service often don't rear their ugly heads until two or three or four years later," he says.

The federal government's studies of Vietnam veterans show that mental health problems linked to combat sometimes take many more years to show up and be diagnosed.

"What a moral injustice it continues to be to have so many soldiers with mental illnesses and brain injuries connected to their service who are being discharged and made ineligible [for benefits]," says Murphy.

The Army report also seeks to rebut another finding by NPR and CPR: Many, if not most, of the soldiers with mental health disorders or TBI who were kicked out for misconduct lost some or all of their benefits. The new Army report states that 88 percent of the soldiers they examined "were separated under honorable conditions and were immediately eligible for medical care through the Veterans Administration."

The report's wording sounds as if those soldiers got a coveted honorable discharge, which conveys all the benefits the Army has to offer. But in response to questions by NPR, the Army disclosed that actually, 96 percent of those troops received a "general under honorable conditions" discharge — which denies some crucial benefits. The Army's report does not disclose that fact.

It's "completely misleading," says Colby Vokey, a former top attorney in the Marine Corps who's now in private practice. "A general discharge has a very negative effect on soldier. It often carries a stigma."

Soldiers who receive a general discharge get access to medical care at the VA, but they lose their education benefits under the GI Bill – one of the main incentives for people to join the service. In addition, a general discharge can hurt their chances of getting good jobs.

"I have a client right now who's a soldier," Vokey says. "He wants to get into law enforcement or corrections. He's applied to a number of police departments and because of the general discharge, they won't hire him."

The Army's report acknowledges that investigators did find some problems with the ways commanders have been separating soldiers for misconduct. It states, for instance, that they couldn't find evidence in more than one third of the cases they examined that commanders had considered soldiers' mental health before they kicked them out. But, the report adds, "that finding alone does not mean the [commanders] did not review it or that the Army was non-compliant" with the law.

Fanning told each of the 12 senators in a letter that from now on, the Army will require commanders to document in writing that they reviewed the soldier's medical files.

Fanning wrote in the letter that investigators found 73 cases in which soldiers might have been kicked out unfairly, and that the Army will review those cases "to determine if the Soldier's discharge should be upgraded."

When Murphy read that finding, he laughed. "No, the number is clearly not 73. The problem is much bigger than that."

"The bottom line for me is that the Congress still has work to do to ensure that our soldiers who are facing mental health challenges, and have been kicked out of the Army, get a fair shake," says Sen. Ron Wyden, D-Ore.

Both Wyden and Murphy told NPR that they are trying to figure out their next steps. That could include calling for congressional hearings and pushing for a tougher law to protect soldiers with mental health problems and brain injuries.

But Andrew Pogany, a soldiers' rights advocate who has helped trigger federal investigations of alleged mistreatment of soldiers, says that's not enough.

"The only way we can really find out how the Army is treating wounded soldiers is by forming an independent third-party commission and conducting a genuine investigation," says Pogany, CEO of the Uniformed Services Justice and Advocacy Group. "As long as Army officials investigate themselves, we'll just hear what those officials want to tell us."

Michael de Yoanna of KUNC contributed reporting to this story.