Accessibility links
'A Poem For Peter' Recalls One Unforgettable 'Snowy Day' In 1962, Peter — an African-American boy exploring his neighborhood after a snowstorm — broke the color barrier in mainstream children's publishing. A new book pays tribute to author Ezra Jack Keats. 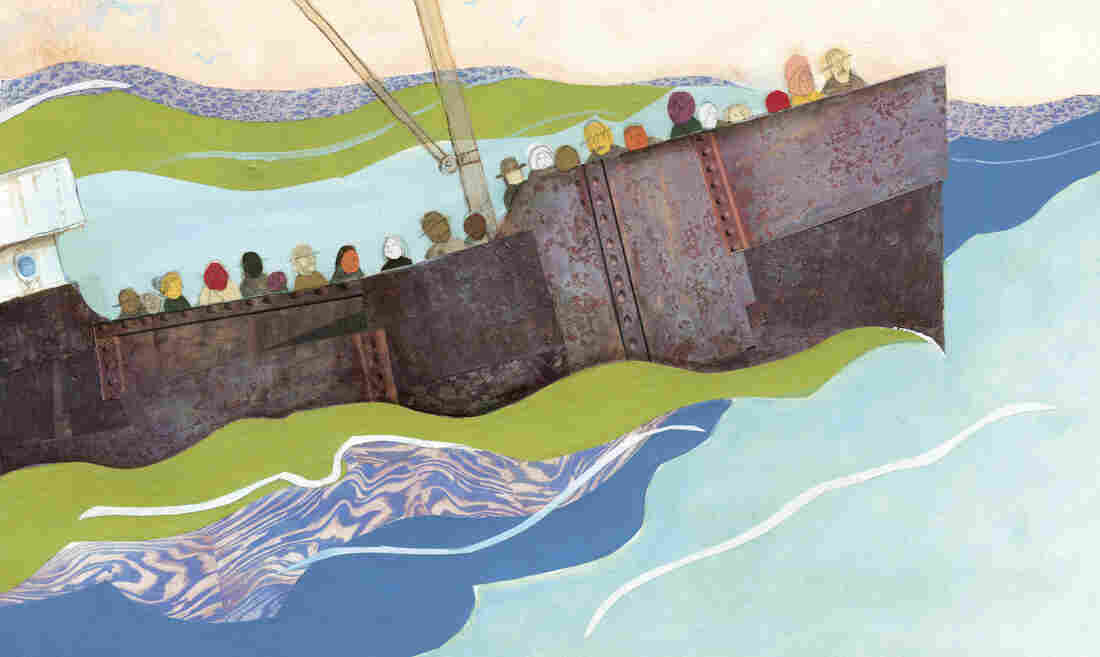 Author Andrea Davis Pinkney used to sleep with a copy of The Snowy Day. "I loved that book — it was like a pillow to me," she says.

More than 50 years ago, Peter — an African-American boy exploring his neighborhood after a snowstorm — broke the color barrier in mainstream children's publishing. The Snowy Day by Ezra Jack Keats would go on to win a Caldecott Medal. Now, Pinkney pays homage to Keats in a new book called A Poem for Peter, and there is an animated, Snowy Day special streaming on Amazon. 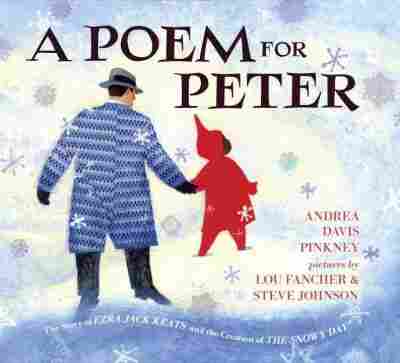 A Poem for Peter

When Pinkney was asked to write a book about Keats, she says she jumped at the chance "like a kid on a sled." The Snowy Day was her favorite book as a child; she says it brought her comfort to see her own life reflected on the page.

"Up to that point, there were many picture books but they were in rural settings," she says. "And here was this book that made my life, my experience, valid. City streets, sidewalks, stoops — everything that I held so dear."

As she worked on the biography, Pinkney learned that Keats was also a city kid, the child of immigrants who fled anti-Semitism in Poland. As a child, Keats wanted to become an artist, but his father died when he was a teen, World War II broke out, and his dreams were put on hold. After serving in the Army, Keats returned to face discrimination at home.

"He could not find a job," Pinkney says. "There were literally signs in windows that said: 'Jews need not apply.' Ezra was born with the name Jacob (Jack) Ezra Katz. When he saw those signs, he changed his name to Ezra Jack Keats." 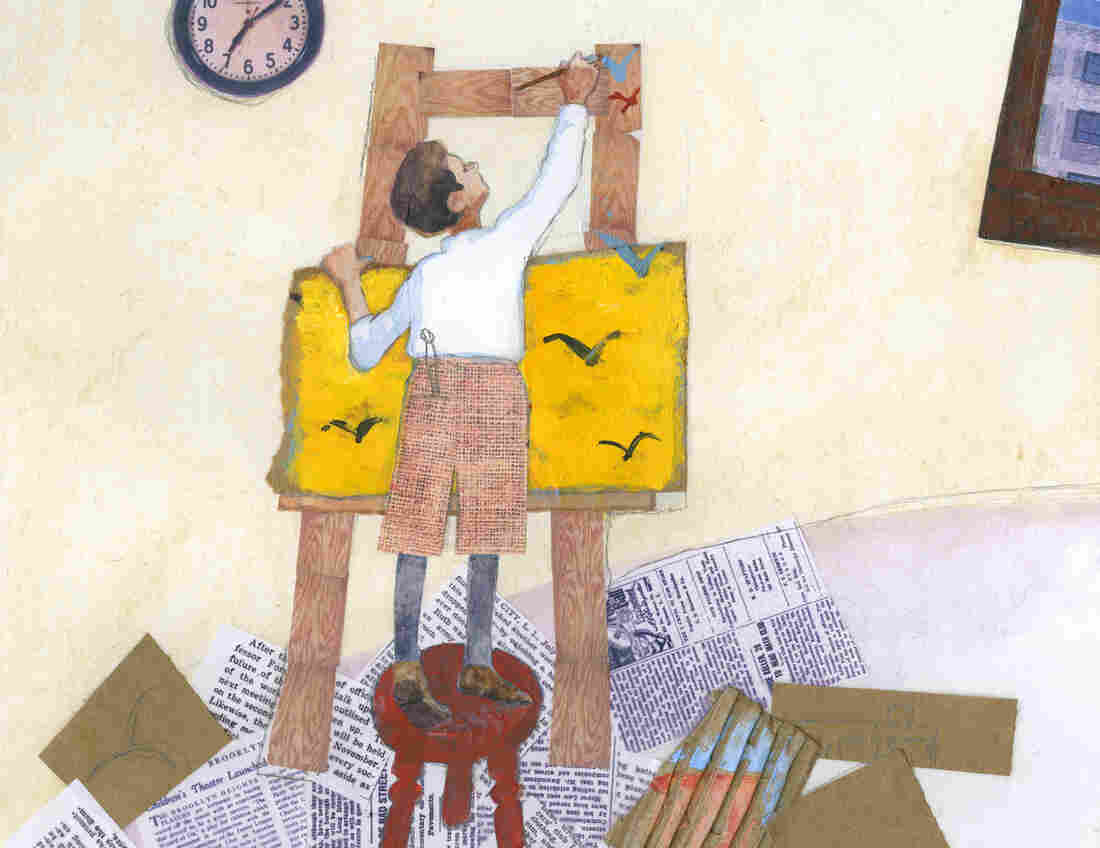 With each tube of colored oil, / Ezra let his imagination grow. / And he drew, oh, how he drew. Lou Fancher and Steve Johnson/Penguin Random House hide caption

Eventually, Keats landed a job as an illustrator. At some point he saw a series of photos of a young, black boy in Life magazine. He held on to those pictures for 20 years.

"And then he gets an invitation to create his own children's book," Pinkney explains. "And he said: This is the boy I am going to use as the star." 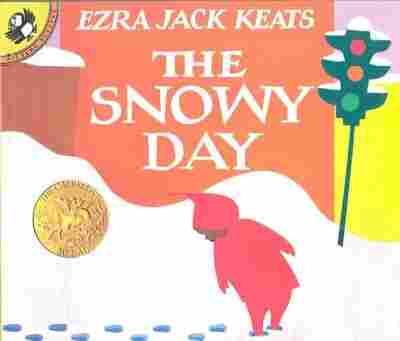 And that's how Peter was born. With its beautiful illustrations and sweet story, The Snowy Day was an instant hit. But there was also a backlash because Keats was white.

"Ezra was criticized for presuming to be able to write about a black child," explains Deborah Pope, executive director of The Ezra Jack Keats Foundation. But Keats had a simple response. He said he put black characters into his books "because they're there," Pope says. Keats felt they'd "always been there, but we've never seen them — we need to see them."

That need still exists, Pinkney says, "We need more Peters. We need more stories that are universal in nature ... that appeal to all children just because of their beauty, and whimsy, and fun and discovery."

In her new book, Pinkney introduces Peter — and the man who created him — to a new generation of young readers:

Like a snowflake you fell,
right into our hearts.
You arrived.
A little Snowy Day surprise!
Like a crystal flake from the clouds,
you fluttered down
with your own one-of-a-kind
cutie-beauty. 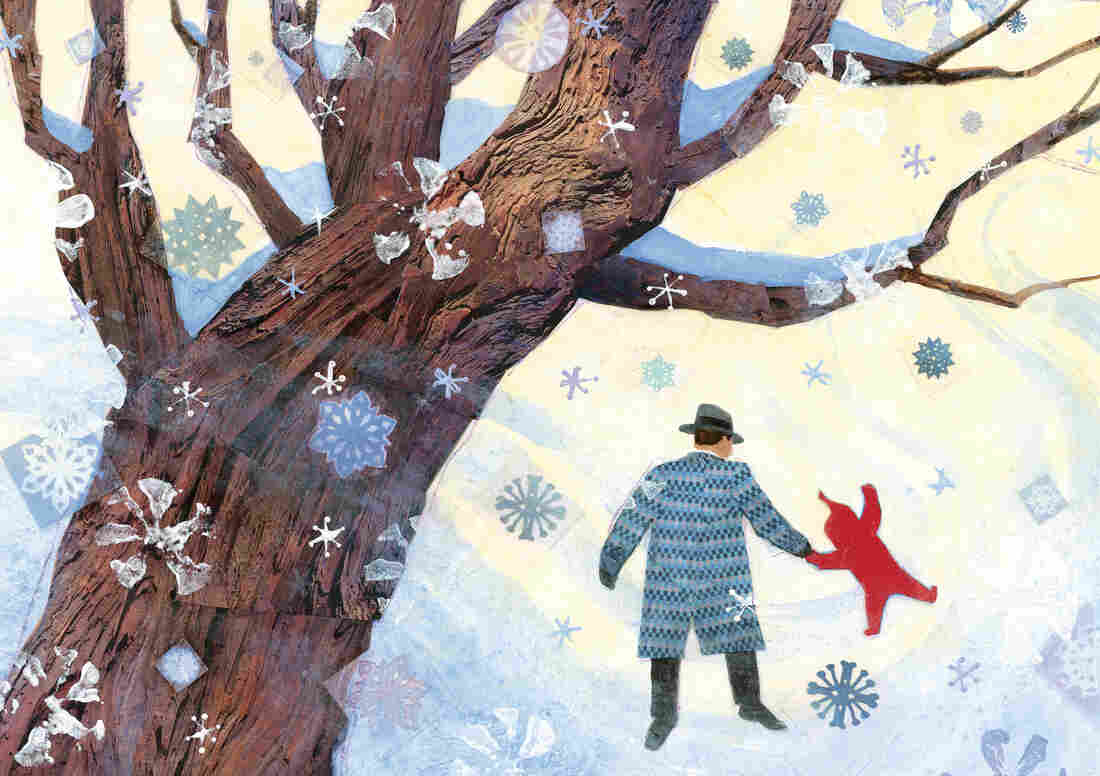 Peter and Ezra, / you made a great team. / Together you brought a snowstorm / of your dreams. Lou Fancher and Steve Johnson/Penguin Random House hide caption 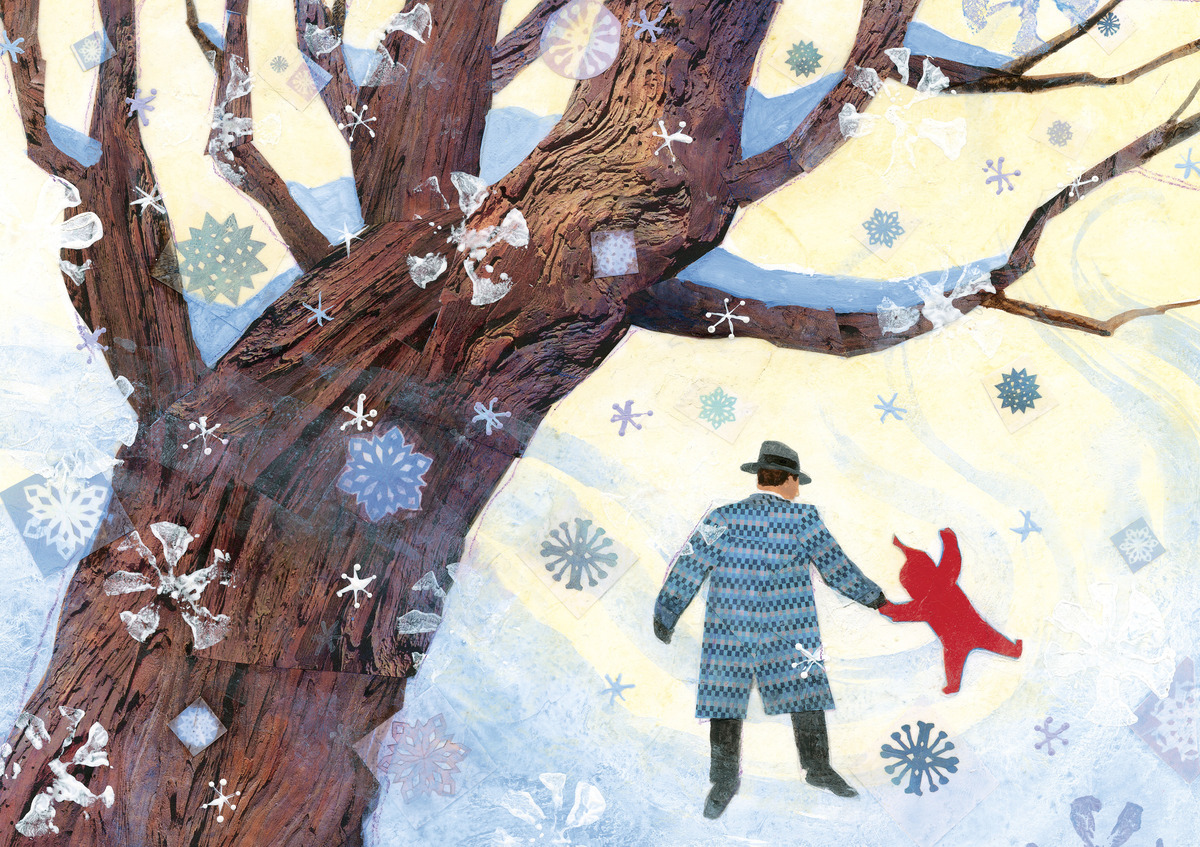 Peter and Ezra, / you made a great team. / Together you brought a snowstorm / of your dreams.

More On 'The Snowy Day'