Accessibility links
When Private Grief Meets Public Duty: The Intimate, Hypnotic 'Jackie' Director Pablo Larraín narrows the focus of his Jackie Kennedy biopic to a handful of days around the JFK assassination, and keeps his camera trained on Natalie Portman's expressive face. 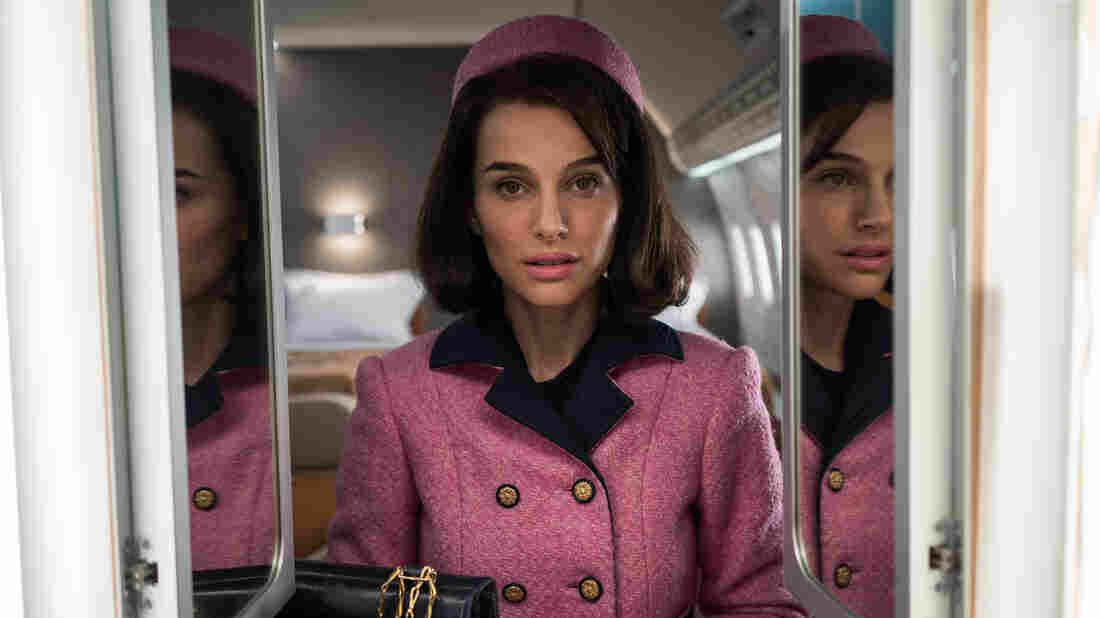 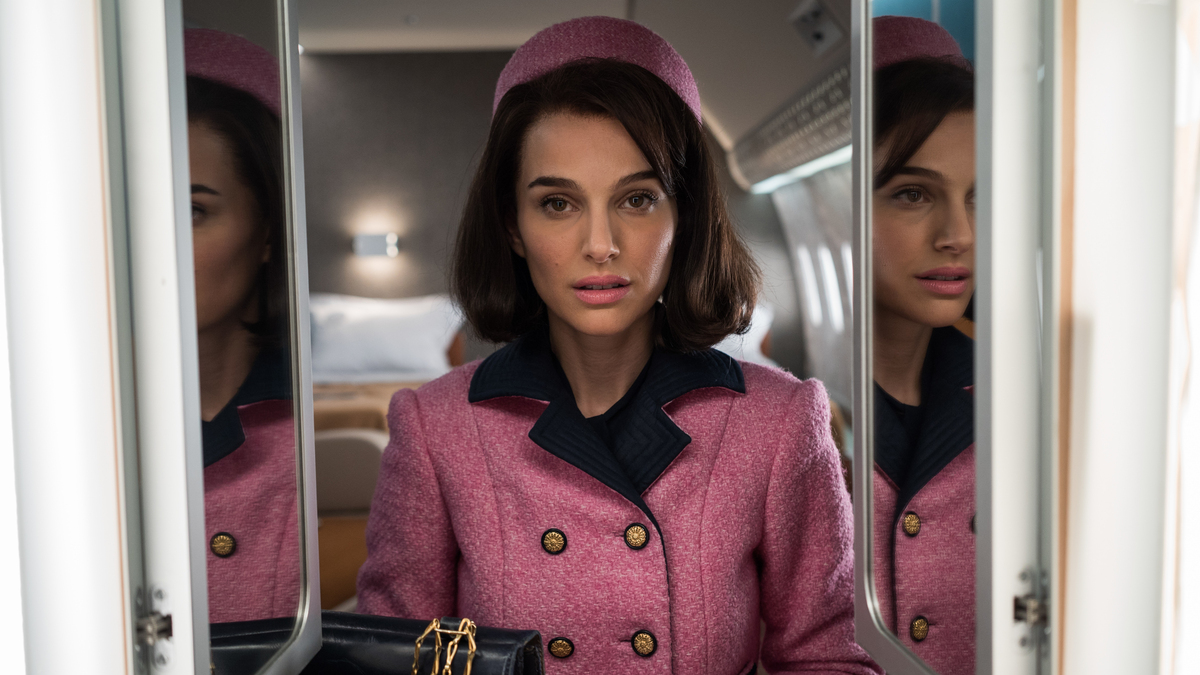 The audacious biopic Jackie opens on the Kennedy Compound in Hyannis Port, Massachusetts in 1963, merely a week after John F. Kennedy was assassinated in Dallas. Though she welcomes a journalist into one of the Kennedy residences along Cape Cod, the now-former First Lady, Jacqueline Bouvier Kennedy, has no permanent home. History has shredded her lease at The White House, which she had controversially renovated during her husband's time in office, and her belongings had been hastily shuffled to storage, like a college kid taking a break between semesters. "It's been just one week and already they're treating him like some dusty old artifact, to be shelved away," Jackie laments. She understands the country needs to move forward, but she barely had time to pack, much less grieve, before getting whisked away.

During the recent Presidential campaign, Hillary Clinton was assailed for a speech to Wall Street in which she expressed the need to have "public and private positions," referring to Steven Spielberg's Lincoln and the political horse-trading necessary to pass the 13th Amendment. Jackie is about the heartbreaking necessity of having to reconcile private shock and anguish with the stage-management of political theater, which requires a swift and peaceful transfer of power. It honors the unfathomable courage and defiance of a First Lady devoted to public service, even in those instances when she was decried as vain and superficial. The film asserts that her husband wasn't the only one sacrificed for his country on November 22nd, 1963.

Shot in rigorous, semi-experimental close-up, Jackie frames a national tragedy through an intimate perspective, relying on Natalie Portman's expressive face to tell much of the story. Director Pablo Larraín, a Chilean director making his English-language debut, carries a fascination with politics and media into a film that examines Jackie's legacy through different filters. The framing device has Jackie getting interviewed by a reporter (Billy Crudup) in Hyannis Port, often pointedly questioning his questions and battling for control over her own story. It also intersperses footage of Jackie filming the hour-long TV special A Tour of the White House, which granted CBS viewers a chance to see the work she'd done to enhance "the People's House."

The bulk of Jackie, however, is given over to the events of Nov. 22, 1963, when Jackie found herself at the center of a personal and national tragedy. With breathtaking speed, she goes from cradling her dead husband's head in her lap to witnessing Lyndon Johnson's swearing-in on Air Force One, all while wearing a pink Chanel dress still caked with blood. In the first of many assertions of will, she refuses to change her outfit because she wants to shame the extremists who threatened her husband during his tour through Texas. Operating from both a strong sense of history and a refusal to succumb to fear, she argues for a large, open funeral procession down the streets of Washington D.C., modeled after Abraham Lincoln after he was assassinated. At the same time, she has to consider her children, who are too young to comprehend the news fully, and her own thorny emotions about a husband who'd grown distant from her.

There's a mesmeric intensity to Jackie that's unlike any biopic of its kind, marked by a deliberate effort to narrow the scope to one woman's actions and reactions over the course of a few fraught days. Much like her extraordinary score for the science fiction film Under The Skin, composer Mica Levi sets a tone for Jackie that's simultaneously discordant and beautiful, with lilting strings punctuated by sharp, ringing woodwinds. There's an enveloping somberness to the music that complements Portman's performance, which in quieter moments suggests Jackie as a ghostly figure who's haunting the wreckage of her own life. "I used to make [men] smile," she tells the journalist. Now she makes everyone uncomfortable.

More than merely offering a backstage pass to history, Larraín draws us into the utter uniqueness of a situation where personal loss and national duty collided so violently. No reasonable person could be expected to absorb a tragedy of that magnitude, but Jackie makes shrewd political decisions and stands firmly behind them when others plea for caution. Shock and lucidity would seem to be contradictory responses, but Jackie makes that duality seem possible and astonishingly heroic. Her abiding sense of patriotism could not be suppressed by an assassin's bullet.