Accessibility links
Boston's Christmas Tree Tradition Rooted In A Canadian Thank You Boston's Christmas tree is a thank-you gift from Canada for help the city provided a century ago, a reminder not just that it's time to get into the holiday spirit but also what that's really about. 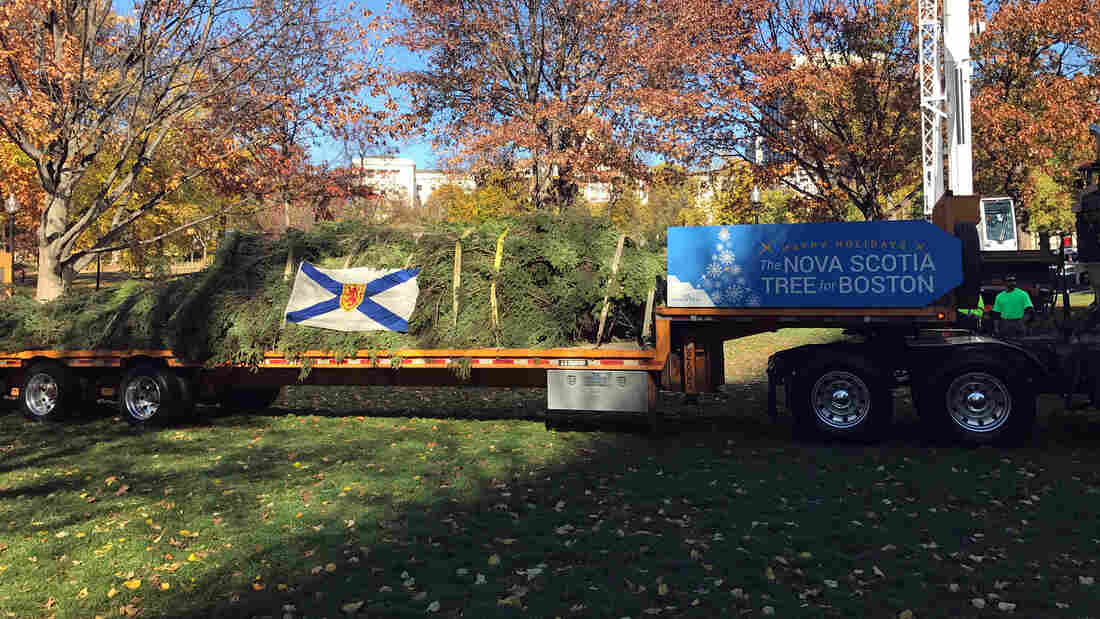 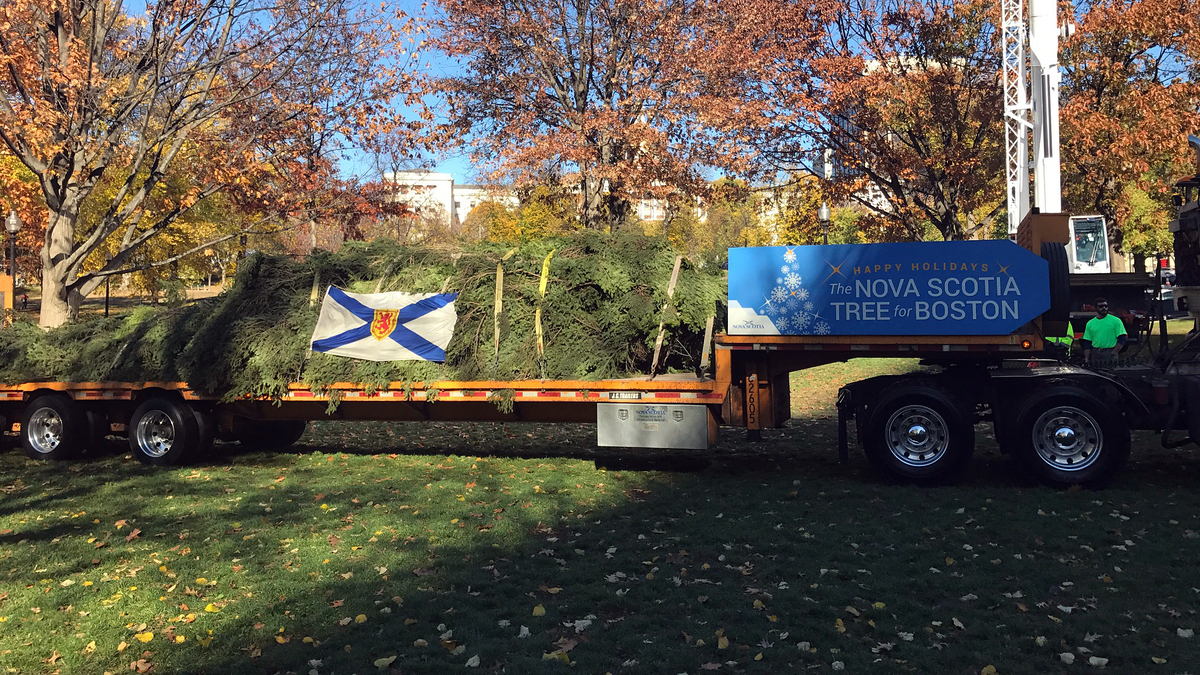 Boston's official 2016 Christmas tree, like others that have come before it, is a thank you gift for events a century ago in the Nova Scotia's Canadian province's coastal capital of Halifax.

On Dec. 6, 1917, a French ship, the Mont Blanc, was preparing to head overseas to fight in World War I, when it ran into trouble.

"In Halifax Harbor, the Mont Blanc collides with another ship and catches on fire," says Peter Drummey, librarian at the Massachusetts Historical Society.

The Mont Blanc was fully loaded with high-powered explosives. And 20 minutes after the fire ignited, so did the munitions.

"Some people believe this may have been the biggest man-made explosion in the world until the invention of atomic weapons," Drummey says.

More than a thousand people were killed instantly. Whole neighborhoods were destroyed. Later that morning, word reached Massachusetts. Without even knowing the full details, the governor dispatched a train carrying doctors, Red Cross nurses and medical supplies, which fought its way 700 miles through a blizzard to reach a devastated Halifax.

New Zealand Is Warming Hearts With A Nationwide Secret Santa

"The medical personnel [put] Christmas trees up in the hospitals and [decorated] even when there's shambles of the town remaining," he says. "They were sent out sort of as Santa Claus' helpers to distribute presents and gifts to local children."

Boston would continue to support the aid effort for months, sending workers, fresh supplies and hundreds of thousands of dollars. The next December, Nova Scotia offered a poignant thank you to the people of Boston: a Christmas tree.

And the story might have ended there, but in the 1970s, Drummey says, "I think there was a feeling that the generation who had lived through and experienced this was starting to disappear."

And so in 1971, the city of Halifax renewed the bond with another Christmas tree. They have done so every year since. James Stewart, Nova Scotia's chief town crier, presented this year's tree on Boston Common and says the tree is a big deal back home. Thousands turn out in Halifax each year for its send-off.

But, he says, nothing beats that moment when he officially presents the annual gift.

"There's different times you say something is an honor and a privilege. This truly is. I mean, to bring this tree to the city of Boston is incredible," he says.

The tree will be lit Thursday night and will glow on Boston Common until early next year.