Accessibility links
San Bernardino Shootings, One Year Later: Faded Signs, Piercing Memories One year ago, a terrorist attack at a county office party in San Bernardino left 14 people dead and 22 injured. Survivors of the attack and members of the community say the attack still haunts them. 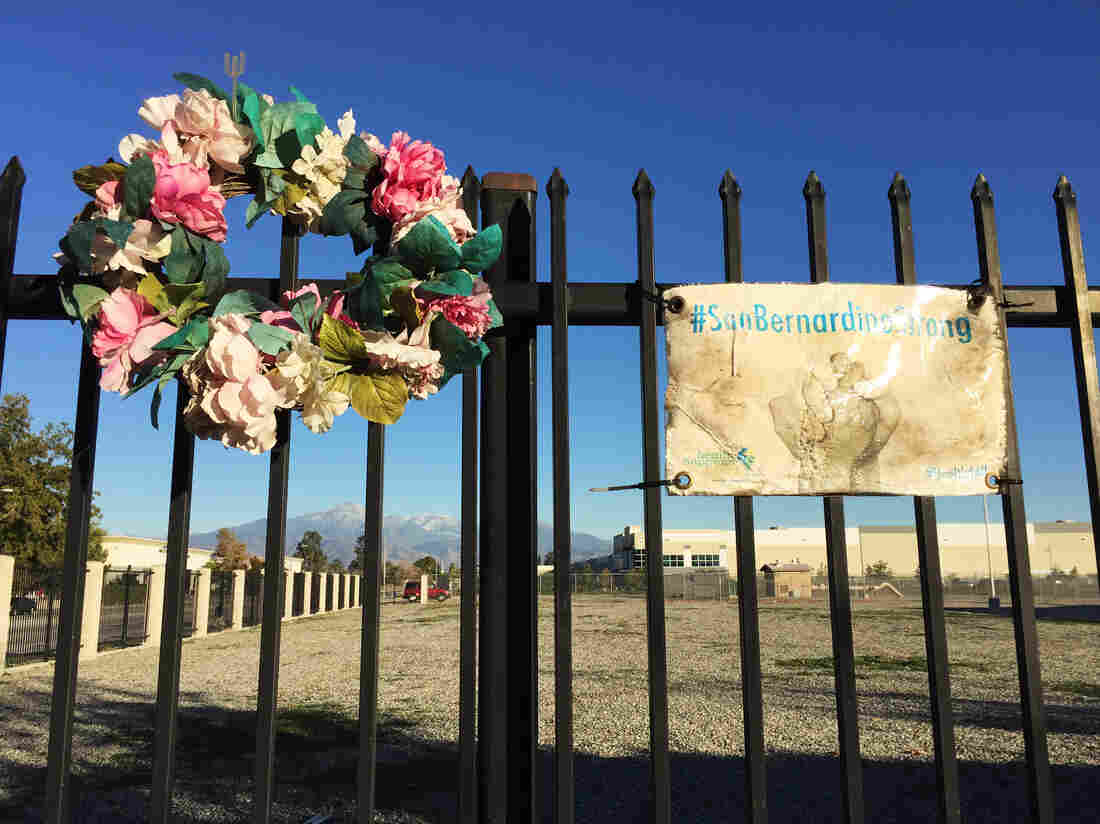 A memorial to the victims killed in San Bernardino, Calif., on Dec. 2, 2015. Nathan Rott/NPR hide caption 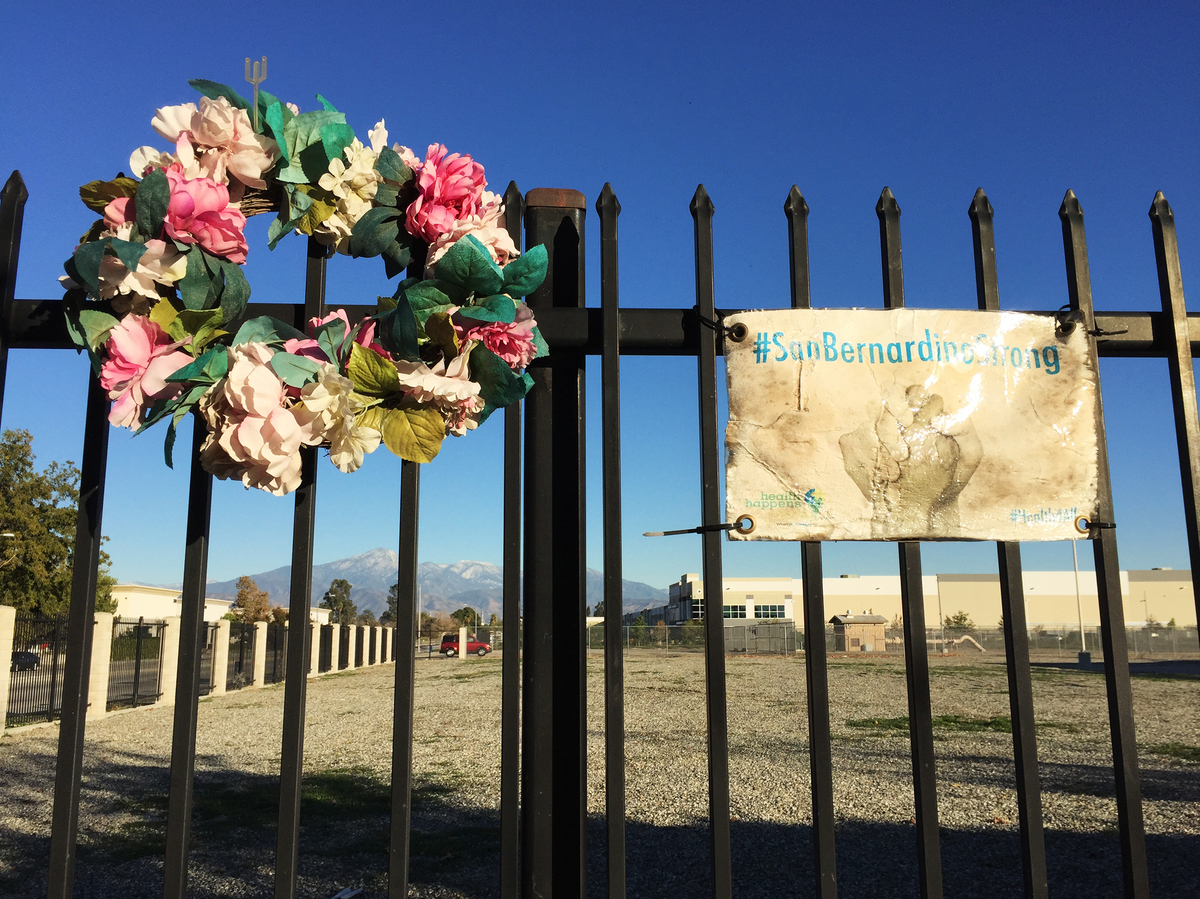 It's been a year since Ray Britain lay on the floor of the Inland Regional Center in San Bernardino, Calif., feeling the vibrations of the gun shots.

He remembers that "constant tremble," he says, the ringing in his ears, the shell casings — "a rainbow of shell casings" — flying from the gun, and the looks of shock on his coworkers' faces.

It's been a year since Britain survived what was then considered the deadliest terrorist attack in the United States since the Sept. 11, 2001, attacks: Fourteen people killed and 22 wounded. But he can remember all of it like it was yesterday.

"The dreams keep a lot of it real," Britain says. "There're certain things I wish I could just forget, but unfortunately, they just keep popping up."

For some people in San Bernardino and the greater Inland Empire, Dec. 2 will always be the day that established a new normal. For others, the change is less acute.

The FBI hasn't released any new information about their investigation into the deceased shooters, Syed Rizwan Farook and Tashfeen Malik, in months. The trial against Enrique Marquez Jr. — a friend of Farook's who is charged with buying some of the weapons that were used in the attack, among other things — doesn't start until September.

Around town, signs of the shooting have faded too. The police tape is gone outside of the Inland Regional Center, and on workdays the parking lot is full. Commuters drive by a makeshift memorial of fresh flowers and drooping signs, first put up in the hours and days after the shooting when people were still coming to terms with what had happened.

In nearby Redlands at the apartment the two shooters left that December morning — armed with pipe bombs, handguns, rifles and more than a thousand rounds of ammunition — there's a decorative flag by a new front door that reads "Happy Holidays." The two neighboring units fly American flags. 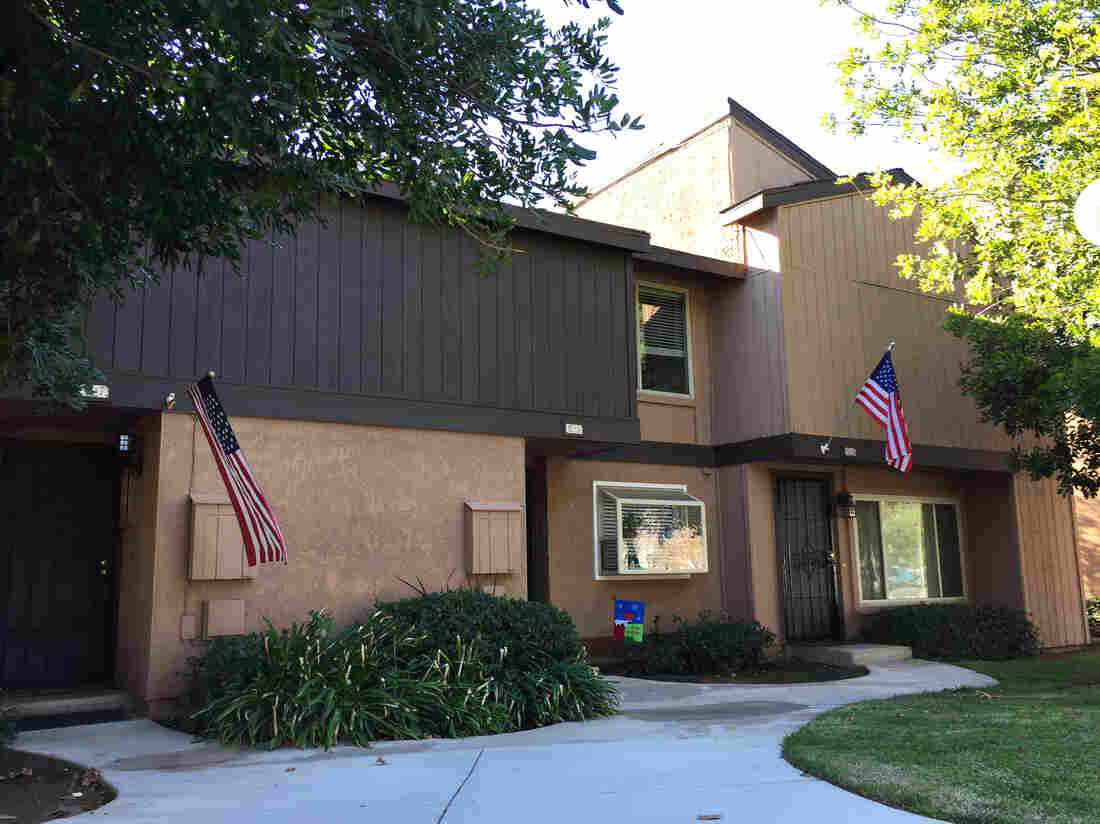 There are now American flags on either side of the home where Syed Farook and Tashfeen Malik lived in San Bernardino, Calif. Nathan Rott/NPR hide caption 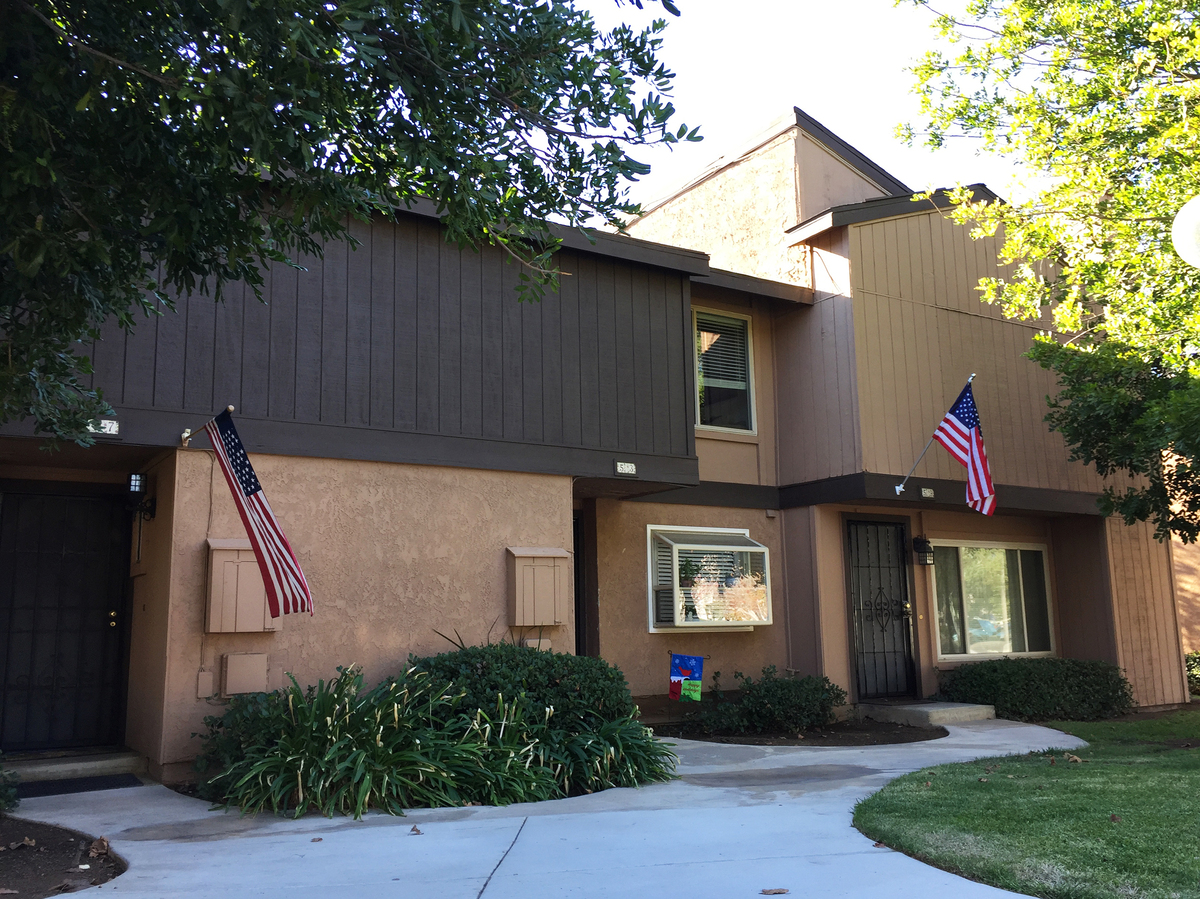 There are now American flags on either side of the home where Syed Farook and Tashfeen Malik lived in San Bernardino, Calif.

"We haven't forgotten it," says Casey Pace, pushing her kids in a stroller by the house. "But we have to move on, I guess."

'I hear his voice all of the time'

That has proven difficult for a lot of people more closely connected to the shooting.

"I hear his voice all of the time," says Mandy Pifer, whose fiancée, Shannon Johnson, was killed while shielding a coworker with his body. "Most of the time, it's telling me to stop being so ridiculous."

Pifer is a volunteer crisis counselor for the city of Los Angeles and says she's been working more and more since the tragedy. Helping others in their own moments of tragedy, she says, "is really helping me heal."

For Sally Cardinale, healing has come in fits and spurts. She hid in a bathroom stall with three other women during the attack on the holiday party, and says she still has trouble sleeping.

"Everything I was thinking about when I was in that bathroom was 'I'm going to die and my kids are going to get separated because they have separate fathers,' " she says. "I don't know what to do with that."

Some days she feels good; other days, she can't get out of bed. "It's an up-and-down all of the time," she says.

It's made more difficult by the fact that she feels like it's out of her control. Cardinale is part of a group of survivors accusing San Bernardino County of cutting off much-needed support for the survivors of the attack, including refusing to approve counseling or antidepressant medication. Others, who were physically wounded, Cardinale says, are fighting to get surgeries approved and physical therapy covered.

Cardinale says that the fight to get help has felt like a second trauma.

At a closed meeting with the San Bernardino County Board of Supervisors earlier this week, survivors said they felt betrayed and abandoned, left to deal with California's complicated workers' compensation program without guidance or help. Their health insurers won't cover their injuries because they occurred in a workplace attack. 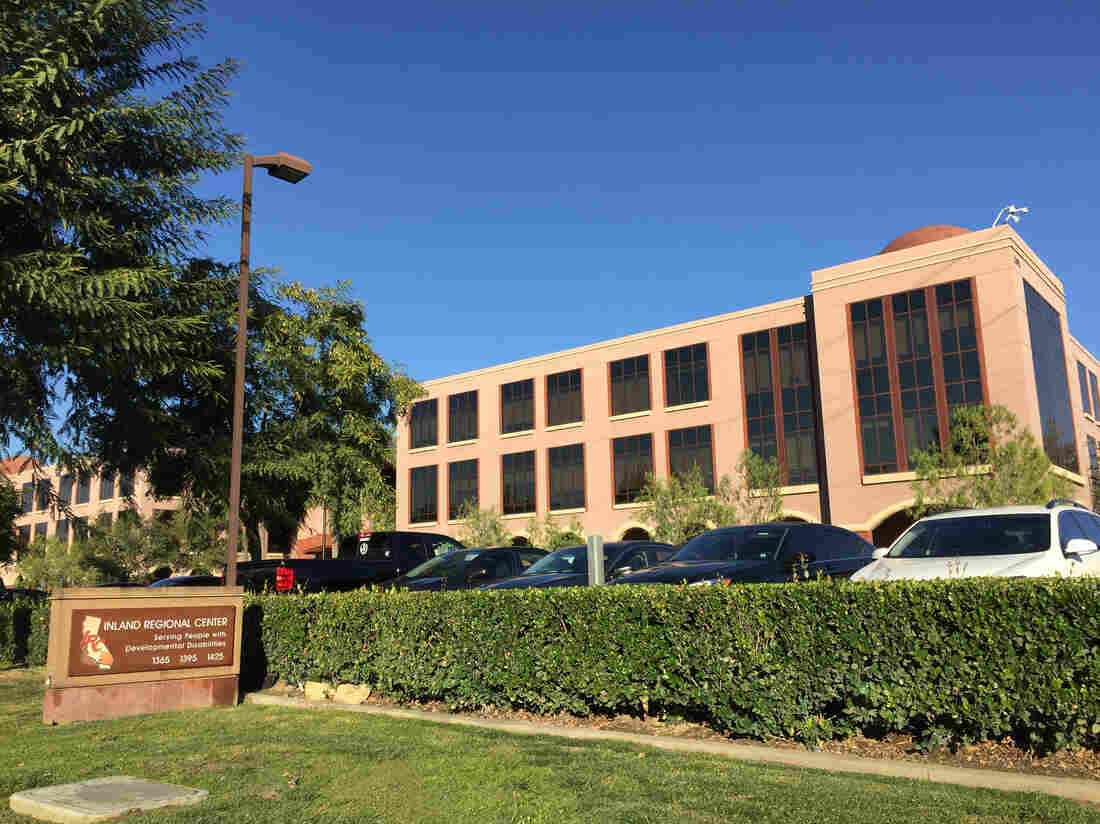 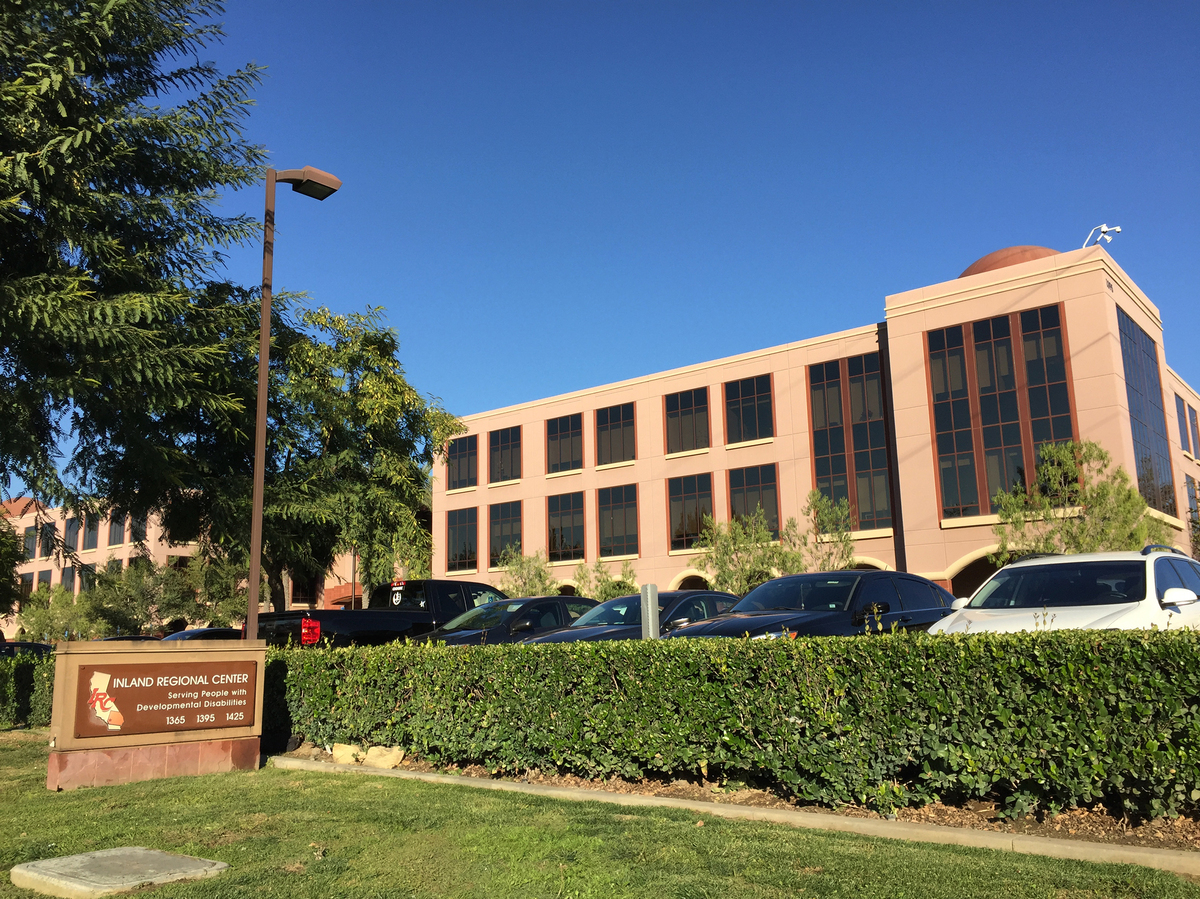 A county spokesman, David Wert, says in an email that workers' comp can be a tedious process, but insists that the county has been as responsive as possible.

"The county is, and always has been, committed to ensuring our employees get all the care they need," Wert wrote.

A city in search of an identity

That's just one aspect of the challenge facing the city of San Bernardino and its leadership.

"I used to tell people that my district was halfway between Los Angeles and Palm Springs," says Pete Aguilar, the U.S. representative for the district that includes San Bernardino.

Now he says, his hometown had been added to a list of cities that people just know for a terrible reason, like Littleton, Colo., or Newtown, Conn. But Aguilar is defiant: "We will not be defined by this tragedy."

San Bernardino, by Aguilar's admission, is a work in progress. The city of 216,000 filed for bankruptcy in 2012 and still is facing steep economic problems. Murder and other crimes have spiked in the past year.

Down a pot-holed street from the Inland Regional Center, resident Akia Ingram says people are leaving the city because there are few good jobs.

"This used to be the place people would move to from L.A. or other places," she says. "But now it's just really, really bad."

Ingram watched as the hordes of television crews and police officers came and went last December following the attack, and says she couldn't help but feel angry that few thought to report on or address the city's other problems.

"It don't get no attention," she says. "Only thing that get attention is something big like that terrorist attack."

Some have hope, though, that the attack still could help the city find its footing to address those issues.

Muslim 'Twoness': Fearful Of Some, Feared By Others

In the days and weeks that followed the tragedy, Levin met with faith leaders, law enforcement and families of the victims, and he says he noticed a unity of shock and shared pain.

While other parts of the country were arguing about gun laws and immigration, and as hate crimes against Muslims rose, San Bernardino "didn't have the luxury to be divisive," he says — something he still sees today.

"[The attack] will always be a part of our history," Levin says. "But here's the thing: so will the heroics of those police officers and first responders and medical staff, and so will the grace of the families. We're writing the rest of the history. The bastards lost."