Accessibility links
Former General James Mattis Will Need Congress To Waive Its Rules About Former Generals Legally, recently retired generals aren't eligible to serve as secretary of defense. While praising James Mattis' service, some Democrats question whether he should lead the Defense Department. 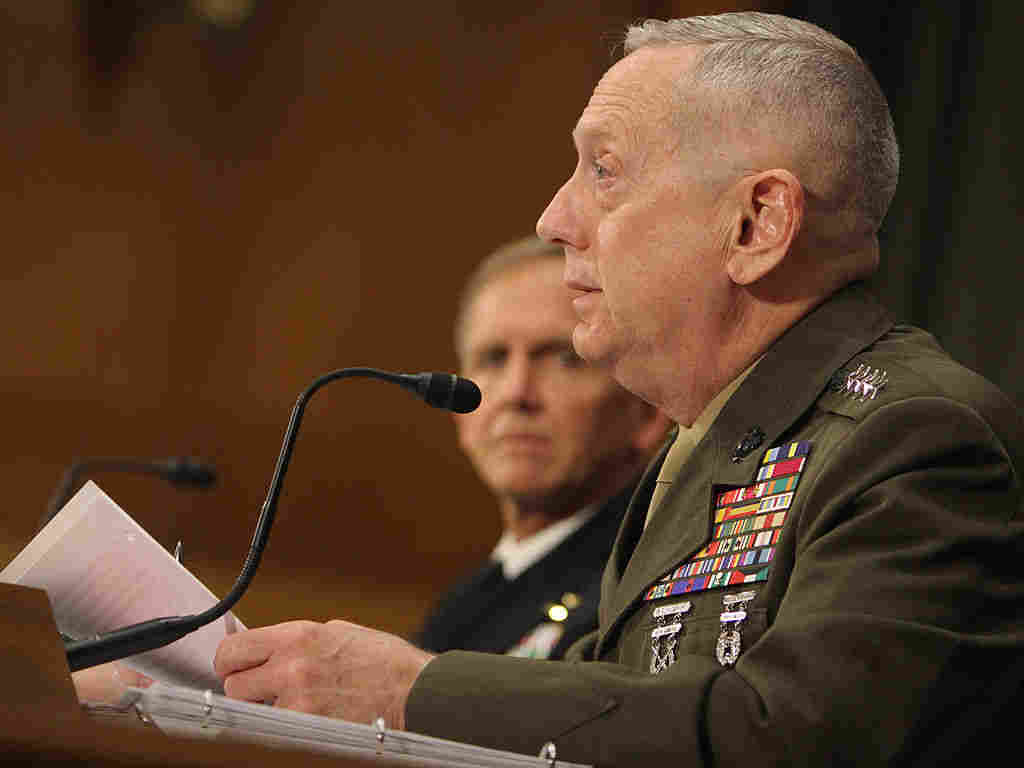 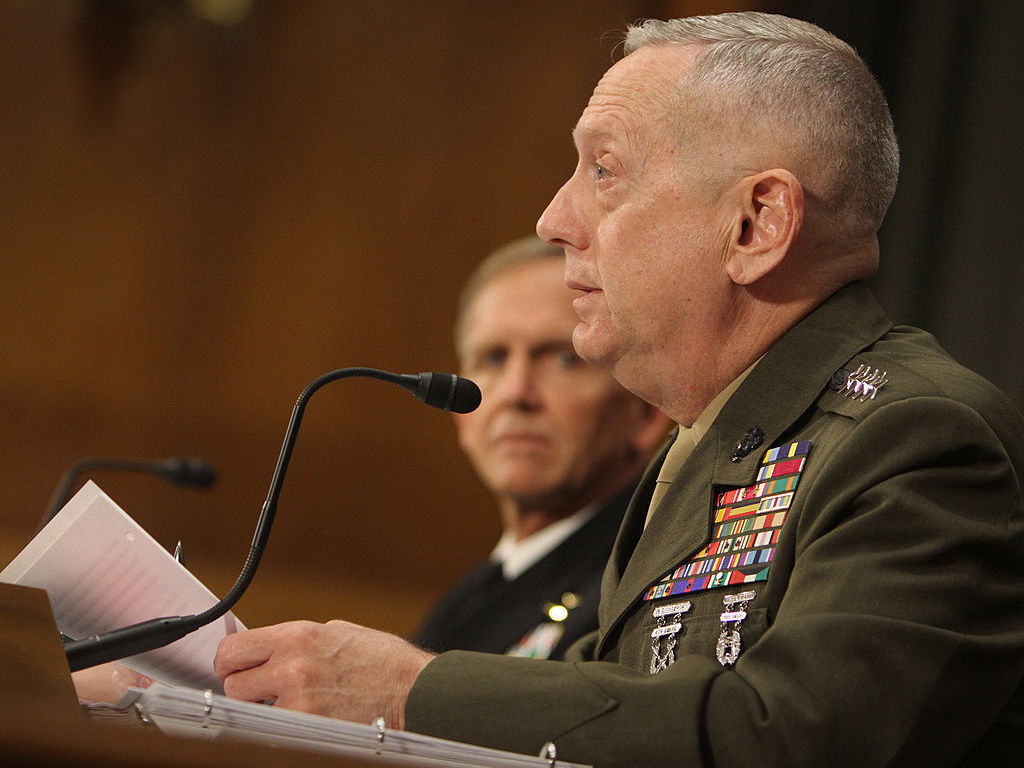 Retired Gen. James Mattis' nomination to be President-elect Donald Trump's secretary of defense may, well, march through the Senate, but there is one potential obstacle to maneuver around: the retired general part.

The National Security Act of 1947, which established the current national defense structure, had a key stipulation, requiring that the secretary of defense be a civilian well removed from military service. In fact, the law is quite clear:

"That a person who has within ten years been on active duty as a commissioned officer in a Regular component of the armed services shall not be eligible for appointment as Secretary of Defense."

The idea was to ensure that the nation's armed forces be controlled by a civilian. Congress almost immediately waived the rule, allowing President Truman to name revered Army Gen. George Marshall to serve as defense secretary in 1950. The law was changed in 2008, reducing from ten to seven the number of years that a nominee must be retired from the military.

Still, Mattis does not qualify, because he retired from the Marine Corps in 2013.

The question is, how big of a problem is this for Mattis' confirmation chances? A few Democrats have already weighed in. Sen. Kirsten Gillibrand of New York issued a statement Thursday, saying:

"While I deeply respect General Mattis's service, I will oppose a waiver. Civilian control of our military is a fundamental principle of American democracy, and I will not vote for an exception to this rule."

The top Democrat on the House Armed Services Committee, Adam Smith of Washington, says hearings will be needed if he is to support a waiver:

"[While] I like and respect General Mattis a great deal, the House of Representatives would have to perform a full review, including hearings by the Armed Services Committee, if it were to consider overriding the statutory prohibition on recent military officers serving as the Secretary of Defense."

Mattis' nomination seems to have strong support from Republicans, who control both chambers of Congress. Senate Armed Services Committee Chairman John McCain of Arizona says the nation "will be fortunate to have General Mattis in its service once again" and that he will move forward with the confirmation process as soon as possible.

Gillibrand could require the Senate to come up with 60 votes to approve a waiver, meaning at least eight Democrats would have to join presumably unified Senate Republicans to move the nomination to the confirmation process.