Accessibility links
China's Foreign Minister: Trump-Taiwan Call 'A Small Trick' Trump's conversation is thought to be the first between a U.S. president or president-elect since 1979. China's foreign minister says he believes the call will not change U.S. policy toward China. 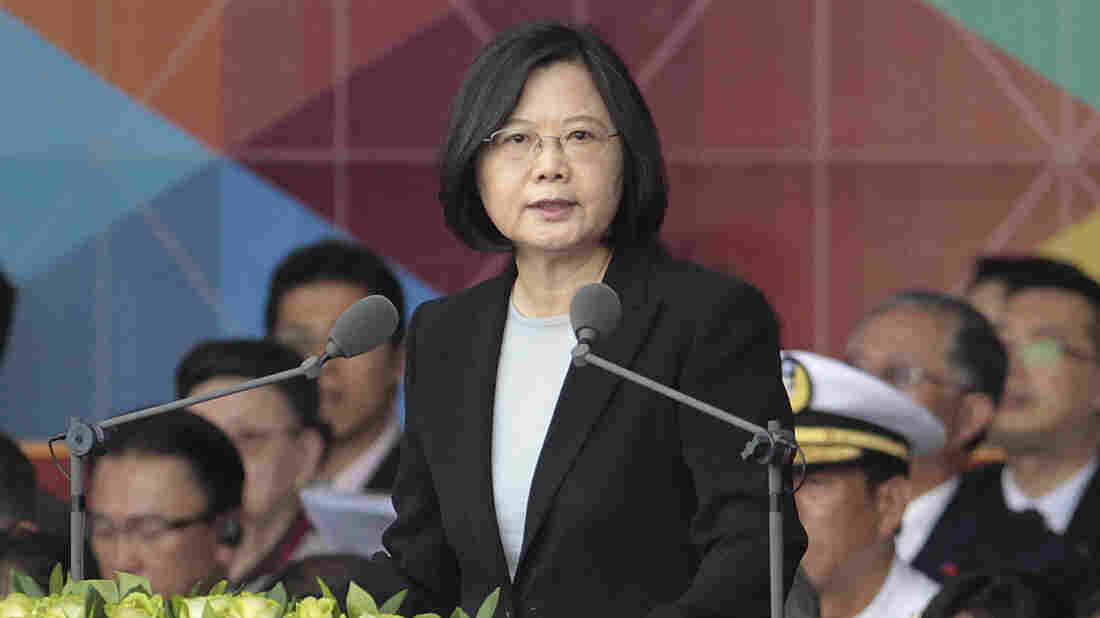 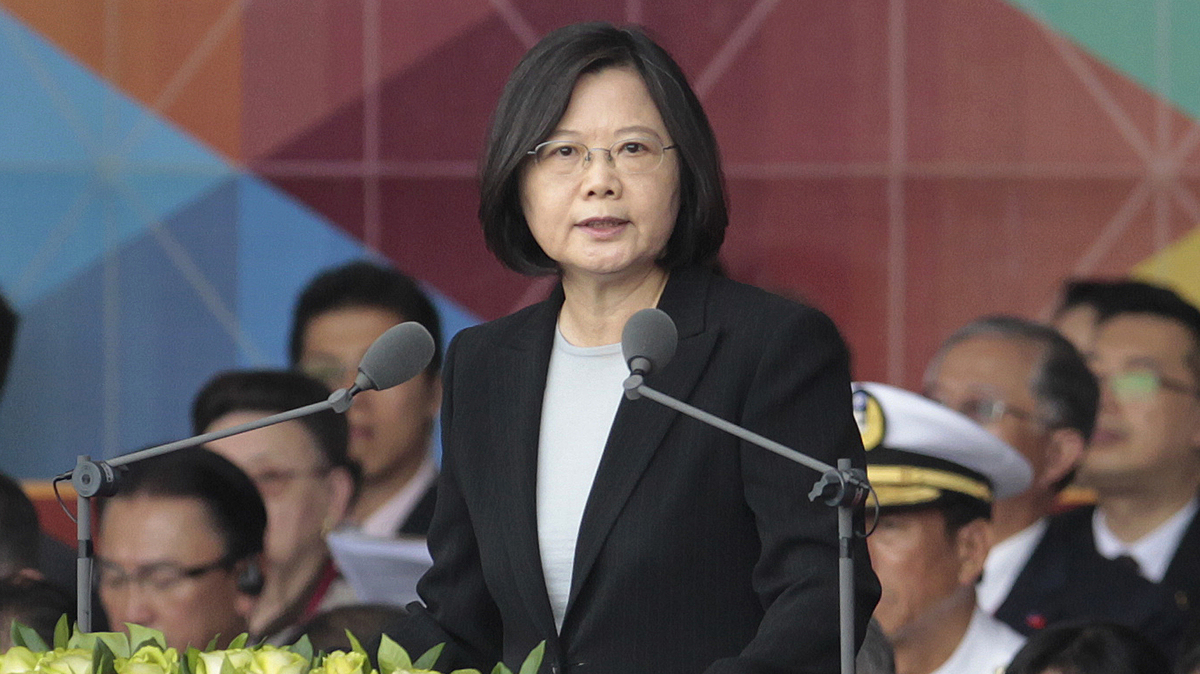 President-elect Donald Trump has spoken with Taiwan's President Tsai Ing-wen, pictured earlier this year, a conversation that may irritate the Chinese government.

President-elect Donald Trump has been speaking on the phone with numerous world leaders since his election, but a call Friday has the potential to cause diplomatic waves. The Trump transition office confirms Trump spoke with the president of Taiwan, Tsai Ing-wen.

The call has raised eyebrows because the U.S. broke off diplomatic relations with Taiwan in 1979, when it recognized mainland China. And it's believed to be the first time a U.S. president or president-elect has spoken with a Taiwanese leader since then.

Trump Gushes About Pakistan In Call With Its Prime Minister

The Beijing government regards Taiwan as a breakaway province, not an independent nation.

Chinese reaction so far has come from the foreign minister, who spoke with Hong Kong's Phoenix TV, according to the Associated Press:

"Chinese Foreign Minister Wang Yi said the call between Taiwan's president and Trump was 'just a small trick by Taiwan' that he believed would not change U.S. policy toward China, according to Hong Kong's Phoenix TV.

" 'The one-China policy is the cornerstone of the healthy development of China-U.S. relations and we hope this political foundation will not be interfered with or damaged,' Wang was quoted as saying."

A statement from the Trump transition office said the president-elect and Taiwan's president noted the "close economic, political, and security ties" between Taiwan and the U.S. It says the two also congratulated each other on their respective elections. Tsai was elected earlier this year.

Trump later tweeted that the Taiwanese president called him, not the other way around.

The President of Taiwan CALLED ME today to wish me congratulations on winning the Presidency. Thank you!

Reuters reports that a spokesman for Taiwan's president, asked about Trump's tweet, said, "both sides agreed ahead of time before making contact."

National Security Council spokesman Ned Price said the Obama administration "remains fully committed to the one-China policy" and that "our fundamental interest in is peaceful and stable cross-strait relations."

The U.S. sold arms to Taiwan as recently as last year. There have been reports in Taiwan that the Trump Organization has expressed interest in building luxury hotels there.

The president-elect campaigned on taking a hard line toward China's trade practices, threatening to impose tariffs on Chinese imports. Trump has also spoken with Chinese President Xi Jinping since the November election.