Accessibility links
Book Review: 'The Glass Universe,' By Dava Sobel Dava Sobel's new book is a history of the unheralded women — called computers, rather than astronomers — who worked at the Harvard College Observatory, studying, cataloging and classifying stars. 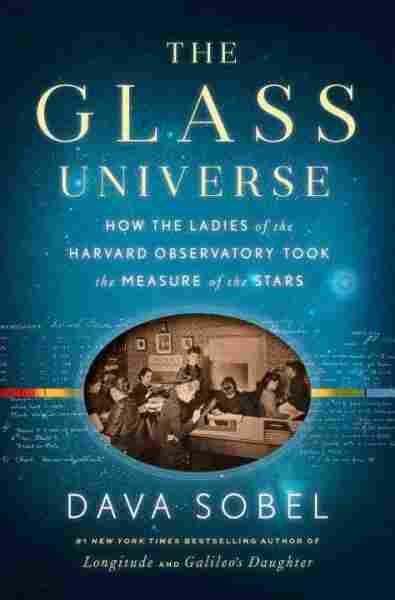 Dava Sobel is as adept at spotting promising subject matter as the extraordinary women astronomers she writes about in The Glass Universe were at spotting variable stars. By translating complex information into manageable bites sweetened with human interest stories, Sobel makes hard science palatable for the general audience. Even more than her 1999 book Galileo's Daughter, this new work highlights women's often under-appreciated role in the history of science.

The ladies who worked at the Harvard College Observatory in the late 19th and early 20th centuries were not initially called astronomers; it took decades for their "important leaps in celestial knowledge" to earn them that designation. They were assistants, or human "computers" — math whizzes, devoted stargazers, and later physics and astronomy majors (and PhD's) who studied, compared, classified and catalogued data about stars that had been photographed by men on thousands of glass plates. "The work," Sobel writes in her eye-opening chronicle, "demanded both scrupulous attention to detail and a large capacity for tedium."

But, as Sobel points out, these "willing slaves to routine" were fortunate to have the work when opportunities in science were rare for women. They were also fortunate to toil under the aegis of two forward-thinking men, Edward Pickering and Harlow Shapley, whose successive directorships of the Observatory spanned the years from 1877 to 1952. Their pioneering efforts in astronomy included the creation of research grants and academic fellowships specifically for women — which, along with the Observatory's groundbreaking work in photographing and studying stellar spectra, benefited from the patronage of two widowed heiresses, Anna Palmer Draper and Catherine Wolfe Bruce.

Sobel lucidly captures the intricate, interdependent constellation of people it took to unlock mysteries of the stars.

Sobel lucidly captures the intricate, interdependent constellation of people it took to unlock mysteries of the stars, including their chemical composition and their distances across space. Pickering and Shapley come across as smart, diligent, and decent — two scientists with a firm commitment to collaborative research, documentation over theorizing, the free sharing of information, and an insistence on crediting the hard-working women who made so many discoveries that paved the way for modern astrophysics.

As for the women — some of whose names are still respected in the field — their fortitude and devotion are nothing short of amazing. In the early years, they were married to their work, but after the Depression, many balanced marriage and children with six-day weeks at the Observatory.

Williamina Fleming, a teacher in her native Scotland, was first hired as a maid to the Pickerings after her husband disappeared, leaving her in a "delicate condition." Fortunately, they recognized her abilities. Over decades, she classified more than 10,000 stars using a scheme she devised, discovered ten novae (new stars) and more than 300 variable stars. In 1899, at age 42, at Pickering's urging, she became the first woman to hold an official title at Harvard University when she was named Curator of Astronomical Photographs. Yet in her journal, she noted that her annual salary of $1500 fell far short of men's $2500. "And this is considered an enlightened age!" Fleming wrote.

Sobel doesn't make a point of it, but Harvard University's track record concerning women in science was not stellar even before 2005, when then-President Lawrence Summers controversially attributed the under-representation of female scientists at elite universities to innate differences between the sexes. Despite Shapley's repeated petitions, Annie Jump Cannon, a Wellesley graduate who won worldwide acclaim for her revised classification scheme (which is still in use today) wasn't granted an official title at Harvard until 1938, just three years before her death.

Similarly, Harvard president Abbot Lawrence Lowell repeatedly declined to name Cecilia Payne-Gaposchkin to the faculty, despite her groundbreaking 1925 dissertation, which earned her the first PhD. in astronomy Harvard awarded to a woman. (It posited the similarities of stars' chemical composition — mostly hydrogen — regardless of varied temperatures.) She finally became the first female full professor at Harvard in 1956, and in 1958, was named the Phillips Professor of Astronomy. But, Sobel writes, "Even then her salary of $14,000 a year, while higher than her husband's, remained far below that of her male peers."

Of necessity, Sobel strives to convey the nature of the astronomers' discoveries and achievements. And by and large she does, with admirable clarity. The fact that I found my eyes glazing over whenever she gets into the nitty-gritty of the women's classification systems heightened my respect for their ability to focus painstakingly on such details for decades on end. When it comes to these women — their pluck, persistence, insights and eventual recognition — The Glass Universe positively glows.