Accessibility links
Life Comes At You Fast In Fred Thomas' 'Voiceover' Video The chorus-less, frenetic power-pop song narrates a string of feelings — the laundromat, the grocery store, the angry dad, the White Castle — that regulate our existence.

If Fred Thomas' music sounds like he's lived several lifetimes, it's because he has. Whether leading Saturday Looks Good To Me, owning record labels, recording bands, starting and joining and leaving bands or writing songs (quality ones, mind you) at a quick pace, Thomas is a lifer either because he chooses to be or he knows nothing else. And even on top of everything else he was doing, the longtime Ann Arbor musician quit a nine-to-five, got hitched and moved to Canada — all in the last two years. 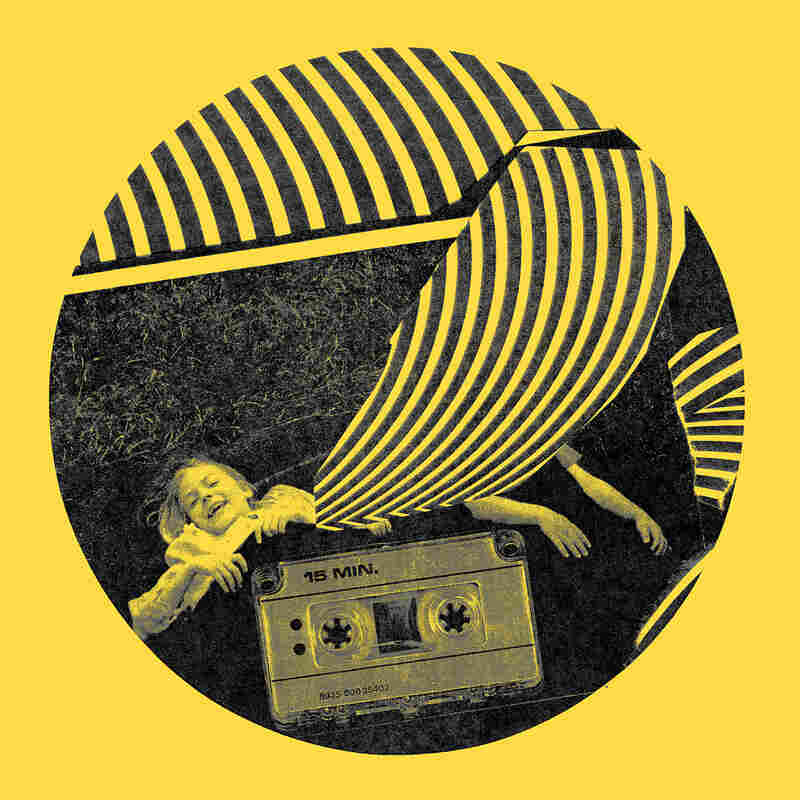 The forthcoming album Changer is a reflection on life coming on fast. It is at once neurotically nostalgic in how Thomas looks backward and self-deprecating in how he picks apart his present circumstance. You can hear that in "Voiceover," a chorus-less, frenetic power-pop song that narrates a string of run-ons tied together by jerky hooks and sudden declarations of love and boredom. In it, "a cloud of distressed emotions / a custodian of regular feeling" retreats into self-doubt and blossoms into an old Sonic Youth video ("I remember trusting it") and an "unbroken world where everything was explained." If last year's All Are Saved set the stage for Thomas' stream-of-consciousness rock 'n' roll jams, then "Voiceover" allows the lyrical rabbit hole to widen.

"Voiceover" comes with a video that mimics the song's jolting nature, where everyday actions are looped and edited into IRL GIFs. People tie hair, apply lipstick, open umbrellas and unbutton jeans as Thomas and a blare of trumpets try to "scratch through to the immaculate core / That gets hidden in the center of all these regular feelings." The laundromat, the grocery store, the angry dad, the White Castle — all house the left-behind feelings that regulate our existence.