Accessibility links
Trump Picks Fight With Boeing; Threatens To Cancel New Air Force One Over Cost The president-elect complained about possible cost overruns of a new version of Air Force One, picking a fight with Boeing, the American aircraft-maker. 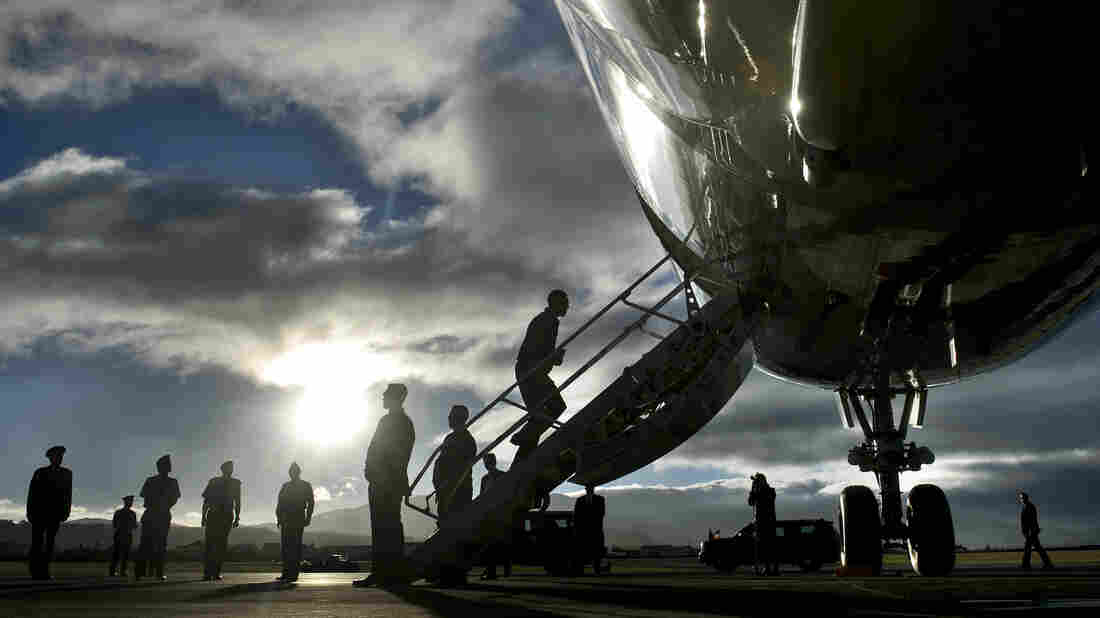 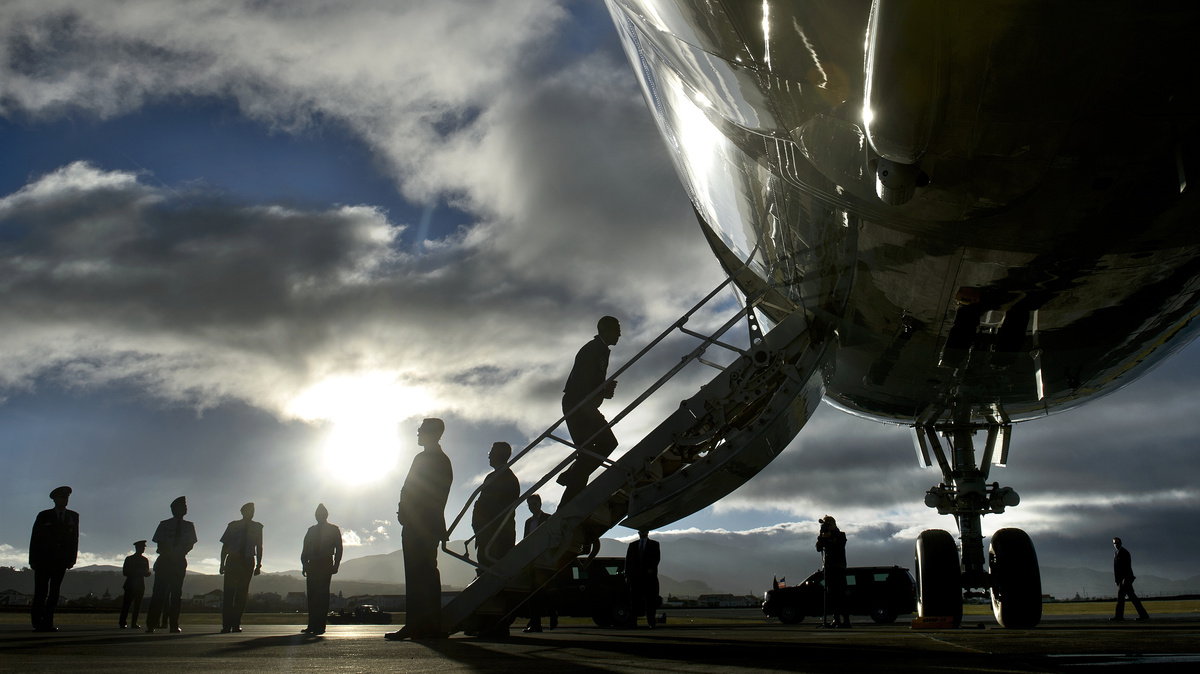 President Obama boards Air Force One during a refueling stop Nov. 18 in the Portuguese islands of Azores.

President-elect Donald Trump wants to clip the wings of a new Air Force One, saying the customized 747 is too expensive.

"The plane is totally out of control," Trump told reporters Tuesday morning. "I think Boeing is doing a little bit of a number. We want Boeing to make a lot of money, but not that much money."

Earlier in the day, Trump tweeted that the new aircraft would cost more than $4 billion and urged the government to cancel the contract. Neither Trump nor his spokespeople said where that cost estimate came from.

Boeing is building a brand new 747 Air Force One for future presidents, but costs are out of control, more than $4 billion. Cancel order!

Trump's tweet followed an article in the Chicago Tribune suggesting Trump's tough talk on trade could be bad for Boeing's export business.

Last year the Air Force struck an agreement with Boeing to deliver two new 747s around 2024, by which time the two planes now in service for presidential travel will be more than 30 years old. The new models will be able to fly about 1,000 miles farther than the current planes. They'll also be slightly larger and faster, but will have a smaller carbon footprint.

While affordability was listed as a top concern for the Air Force, the presidential planes include special features that drive up the cost, including secure communications equipment, counterterrorism features and capability for in-flight refueling.

The Air Force says it is still defining what it wants the planes to do and how much it's willing to pay. The military has budgeted $2.7 billion for research and development on the project, but says it expects that number to change as the process moves forward.

So far, Boeing is only contracted for $170 million to determine the capabilities of the new planes.

"We look forward to working with the U.S. Air Force on subsequent phases of the program allowing us to deliver the best planes for the President at the best value for the American taxpayer," the company said in a statement.

Similar concerns were raised in the early weeks of the Obama administration over costs for a new fleet of presidential helicopters. That $13 billion project was eventually canceled, but not before Sen. John McCain, R-Ariz., needled the new president over the high price tag.

Biden Hints He's Leaving The Door Open To A 2020 Run

Obama agreed the effort to upgrade Marine One was too extravagant.

"The helicopter I have now seems perfectly adequate to me," Obama said at the time. "Of course, I've never had a helicopter before, you know? Maybe I've been deprived and didn't know it."