Accessibility links
Infowars' Alex Jones Claims Ear Of Trump, Pushes 'Pizzagate' Fictions Alex Jones, whose radio show is carried by more than 160 stations, has also said the Sept. 11 attacks were an inside job and the mass shooting at a Connecticut elementary school never happened. 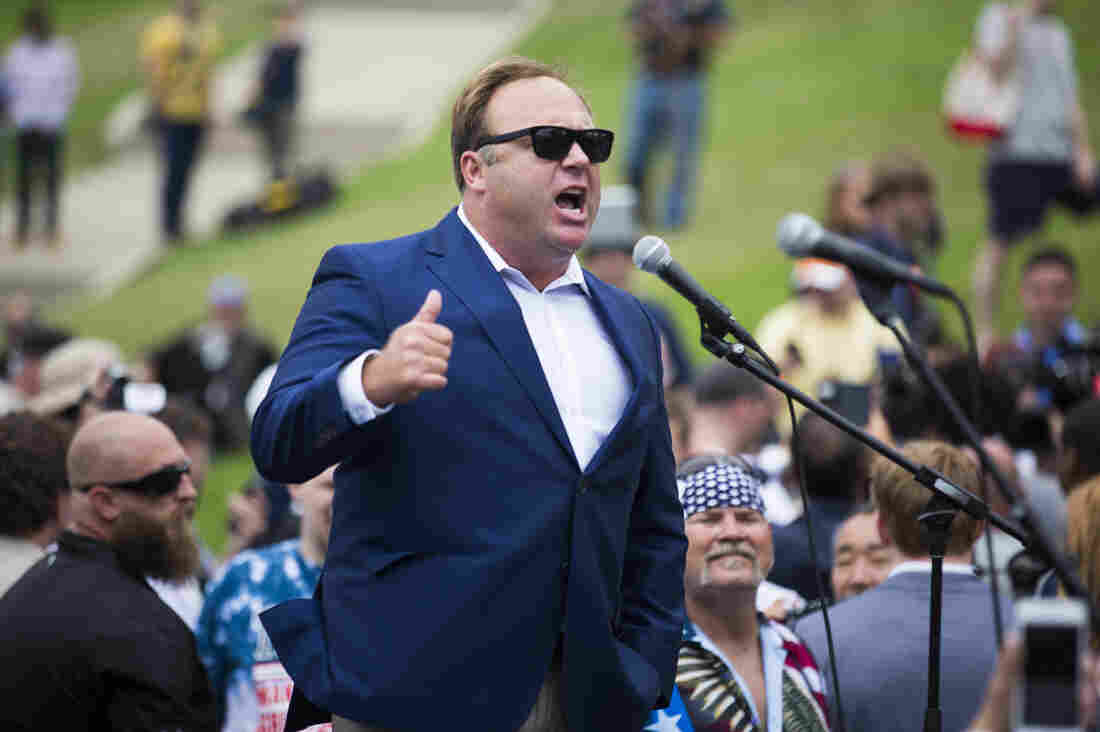 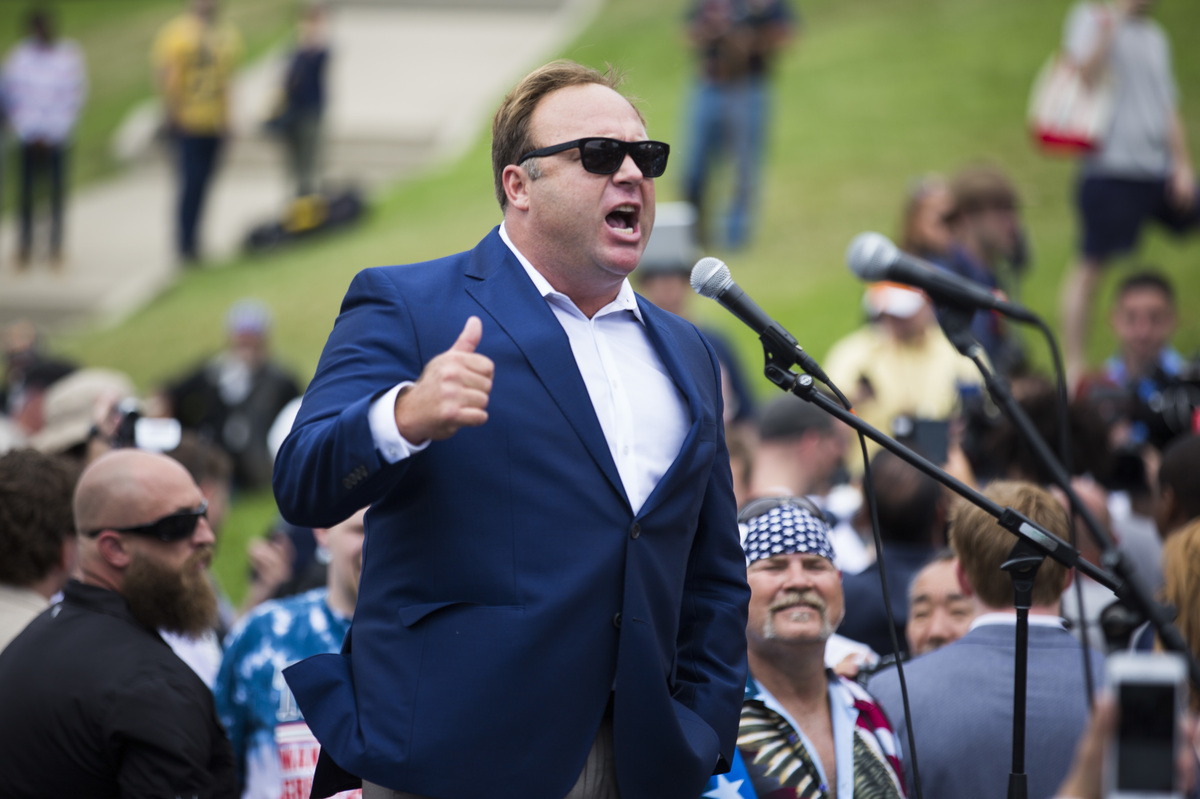 Radio talk show host Alex Jones speaks during a rally in support of Donald Trump near the Republican National Convention in Cleveland on July 18.

Alex Jones has a following. His radio show is carried on more than 160 stations, and he has more than 1.8 million subscribers on YouTube.

And he claims to have the ear of the next president of the United States.

Jones is also one of the nation's leading promoters of conspiracy theories — some of which take on lives of their own. He has been a chief propagator of untrue and wild claims about a satanic sex trafficking ring run by one of Hillary Clinton's top advisers out of a pizzeria in Washington, D.C.

Days before a self-described "investigator" entered the pizzeria and fired off several rounds, Jones suggested he might investigate in person.

"I may just have to take off a week and just only research this and actually go to where these places are and stuff," Jones said. "Fact, I'm looking at getting on a plane. ... I can't just say something and not see it for myself. They go to these pizza places. There's like satanic art everywhere."

The Daily Beast reported the shooter was a fan on Facebook of Jones' Infowars website. Jones did not respond to requests for comment on the incident or his other theories.

Jones has claimed the Sept. 11, 2001, attacks were an inside job, that the deadly shooting at Sandy Hook Elementary School was a hoax, and that President Obama would round up people into concentration camps.

"He comes out of this kind of '90s fusion paranoia background where it's really more about opposition to the powers that be from any old direction," says Jesse Walker, author of The United States Of Paranoia. "It really is this idea of people's autonomy and freedom and health being threatened by this grand amorphous force that's within the big institutions of society but larger than them."

Walker contends Jones' all-encompassing assault on authority does not fall neatly along conservative or liberal lines.

That said, the Southern Poverty Law Center, which monitors hate groups, says his attacks inspire a strong following among racists.

Heidi Beirich, director of the SPLC's intelligence project, calls Jones a gateway drug for white supremacy, though she says he does not espouse explicitly racist views. Many white supremacist leaders tracked by the center have written that Jones' broadcasts open their minds to new thinking as they adopted their racist philosophy, Beirich says.

Jones says he has a friend and ally in Donald Trump. Last December, Trump appeared on Infowars for an interview just weeks before the first Republican primaries. In that interview, Trump praised Jones for having an "amazing" reputation and his audience for its support.

After the election, Jones said Trump called to thank him for his support, a claim the Trump camp, notably, neither confirmed nor denied.

Jones' influence can be seen in other ways as well. Trump has claimed 3 million people voted in the presidential election illegally — another theory that would require a wide-ranging conspiracy of public officials from both parties, for which there is no proof.

His son, Michael Flynn Jr., who had been working on Flynn's involvement in Trump's transition, frequently retweeted Infowars. According to CNN, his Facebook and Twitter profile photographs previously showed him in an Infowars T-shirt. On Tuesday, Vice President-elect Mike Pence confirmed to CNN's Jake Tapper that the younger Flynn is no longer involved in work for the transition team.

Use the audio link above the hear the full story.