Accessibility links
Hurray For The Riff Raff: A Call To Keep Fighting Alynda Lee Segarra tells NPR her new song is about "people of color claiming their space and their right to exist." It's dedicated to the protesters at Standing Rock and Peñuelas, Puerto Rico.

Songs We Love: Hurray For The Riff Raff, 'Rican Beach' 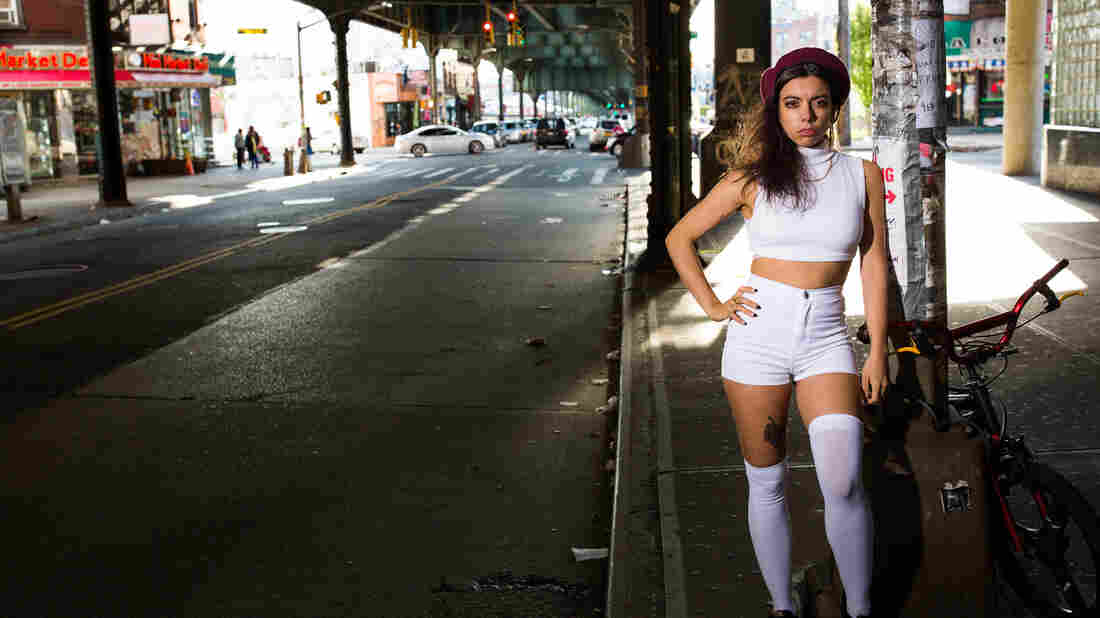 Hurray for the Riff Raff's new album, The Navigator, comes out March 10, 2017. Sarah Danziger/Courtesy of the artist hide caption 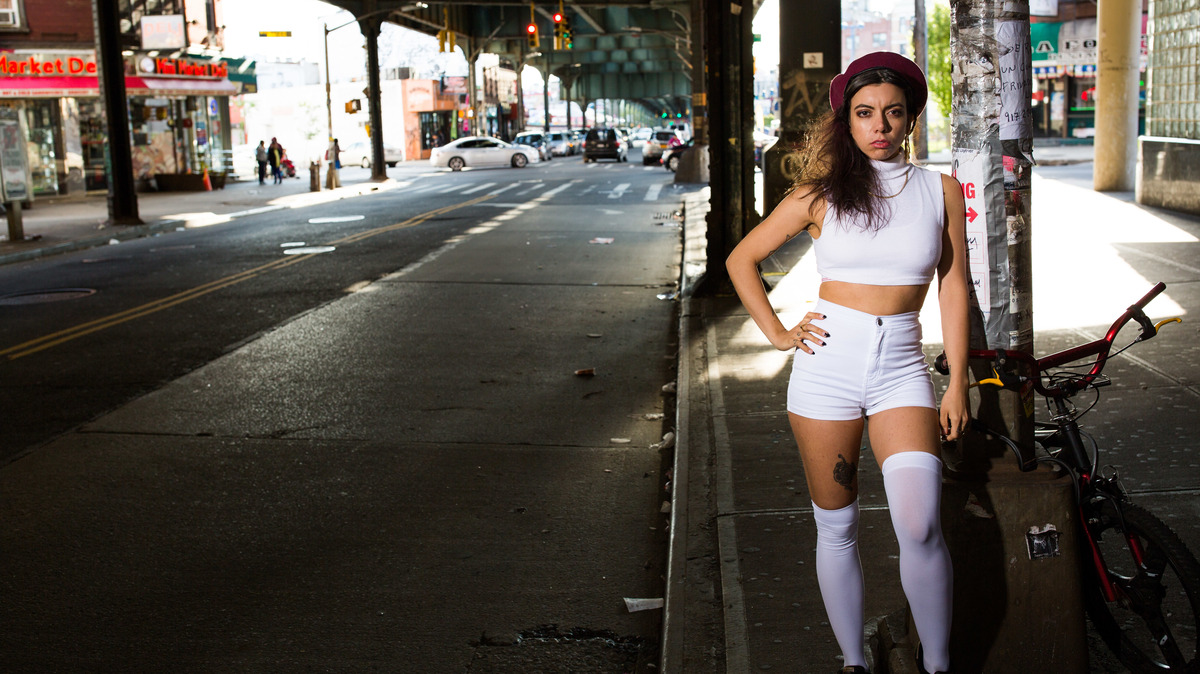 Sarah Danziger/Courtesy of the artist

Alynda Lee Segarra wrote "Rican Beach," the first song from Hurray for the Riff Raff's forthcoming album, The Navigator, about a fictional city which has been segregated and gentrified beyond recognition. "You can take my life, but don't take my home," she sings with worn pride. Upon its release, Segarra dedicated the song to protesters currently standing ground over safe water at Standing Rock, North Dakota, and in Peñuelas, Puerto Rico, where coal ash waste is contaminating the drinking supply, sharply connecting literally toxic forms of community displacement to their modern, equally insidious analogue.

"'Rican Beach' is a fictional place and the song is a cautionary tale," Segarra tells NPR. "It tells the story of a city progressing rapidly into militarized and segregated areas. There's a lot of symbolism in the song that reflects our times, of course. I felt the water protectors at Standing Rock and the people of Peñuelas were important to reflect on while listening to the lyrics. The point of view is one of resistance, people of color claiming their space and their right to exist. It is about claiming ancestry and recognizing a history of facing systemic oppression while protecting and connecting with the land. Even though it was written about an urban space, I think it speaks to the actions of these activists who are connected with the earth."

Segarra, too, is an activist who specializes in identifying and dismantling toxicity. On "The Body Electric," from 2014's superb Small Town Heroes, she reclaimed the misogynist murder ballad. Here, she condemns the perpetrators of cultural, spiritual and physical theft. Her tone on "Rican Beach" is coolly suspicious and scornful, set to the hustle of hand percussion (courtesy of Juan-Carlos Chaurand and Gregory Rogove) and short, sharp acoustic phrases that bolster her accusatory pronouns: "they," "you." Burnished electric-guitar runs act like a chorus that speaks of chaos and wounding; heavy rain shades the background as if she's singing from a condemned space, both attuned and prey to the elements. "Baby, it's a solid price / It comes with my bones," she sings, sinking into the final word as if extracting the historic pain of displacement from the marrow. 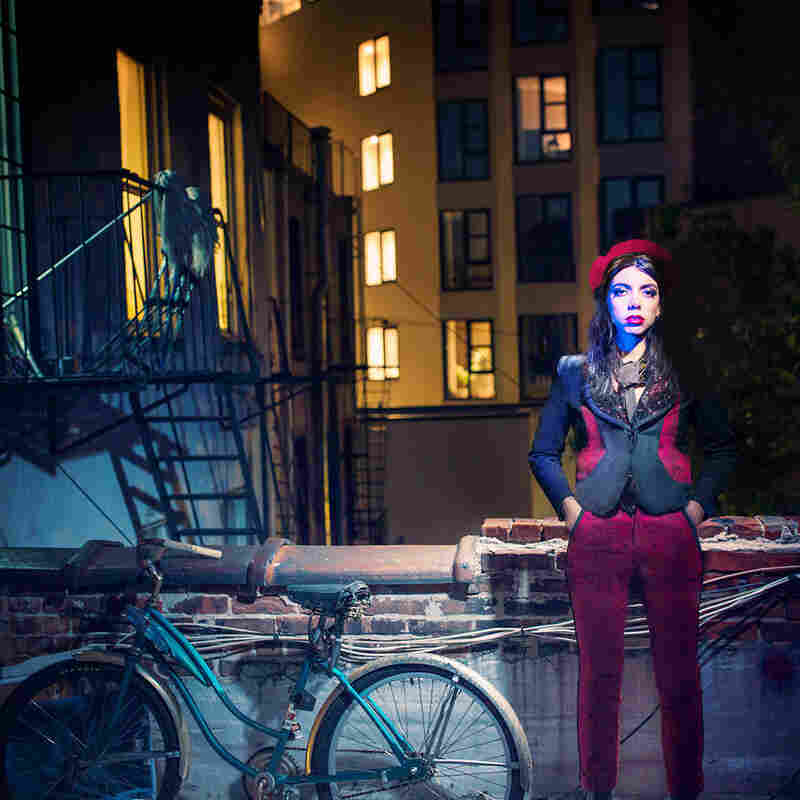 Hurray for the Riff Raff, The Navigator Courtesy of the artist hide caption

It's not just direct oppressors in her line of sight, but collaborators, too. "Now all the politicians they just squawk their mouths / Said we'll build a wall to keep them out," she sings. "And all the poets were dying of a silence disease / So it happened quickly and with much ease." Post-Trump, artists and critics are asking how music can be effective in the fight against prejudice. For Segarra, there's no question about it. The song ends with her declaring, "I'll keep fighting 'til the end," surrounded by fragmented bursts of electric guitar that mirror Keith Haring's resistant squiggles (which, incidentally, were recognized early on by the South Bronx's Fashion Moda art space).

"Long ago I committed myself to being an artist who stands for social justice, peace and equality," says Segarra. "I still stand by my beliefs and will always try to use my music as a tool to heal and to empower people. I believe artists have a responsibility to better the world. It is up to us to speak truth and to combat hateful propaganda with our work. I think we as a nation must face our history and learn how to talk to each other about how that history is very much present and alive in us. Trauma is passed on, beliefs are passed on, and fear is as well. I would like to see us move forward as a generation who will create work to heal and to manifest a peaceful society we never knew was possible. It is up to us to imagine a bright future: If we fall silent I fear the future that we face."