Accessibility links
Megyn Kelly Talks About Donald Trump And The Media The Fox News host tells Fresh Air that she worries about Trump's "de-legitimization" of the media. "Too many millions of Americans aren't listening at all to what the press tells them," Kelly says. 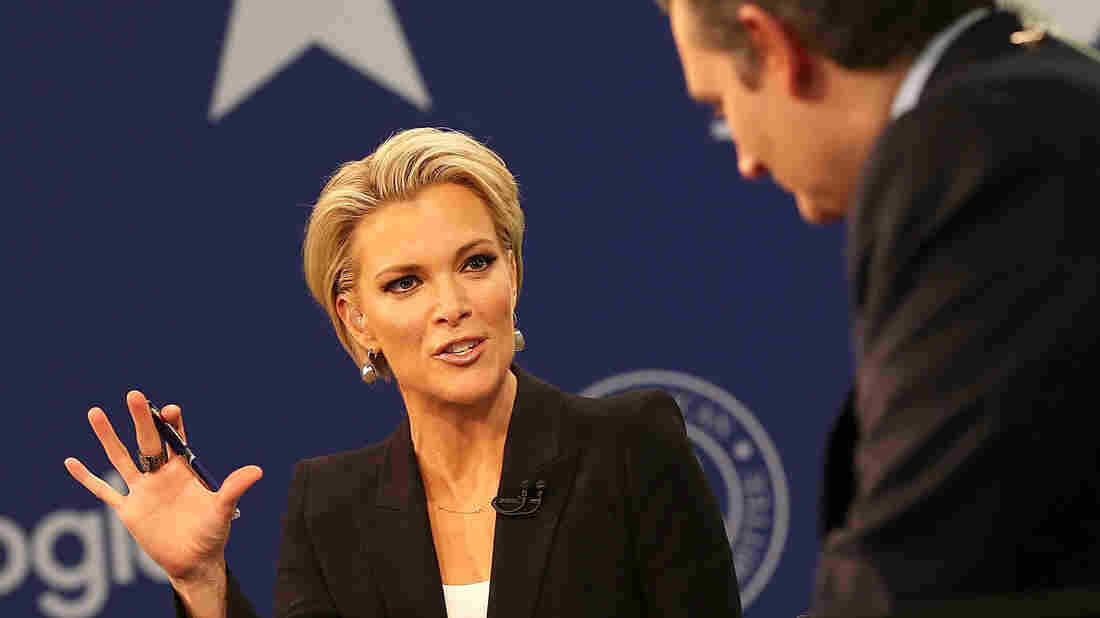 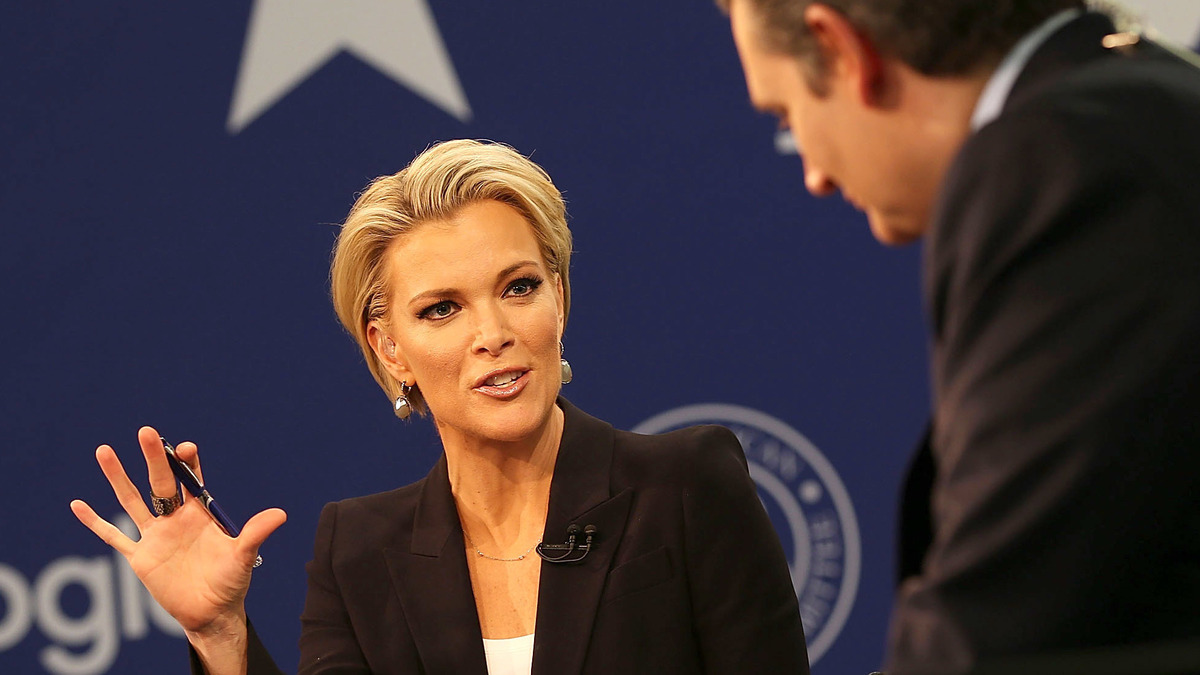 As Donald Trump continues to court controversy via Twitter, Fox News host Megyn Kelly tells Fresh Air's Terry Gross that the president-elect "really does need to be aware of the power that he has when he releases these tweets."

Kelly felt that power firsthand in August 2015, when she pressed the candidate about his derogatory comments about women during the first Republican primary debate. Trump responded with a Twitter attack, which was quickly followed up by a barrage of insulting tweets and even death threats from his followers.

"What people don't realize about Donald Trump — and I don't even know if Donald Trump realizes it — is that every tweet he unleashes against you ... creates such a crescendo of anger," Kelly says.

The host of The Kelly File says that although she worried for her own safety and that of her children, she and her producers were determined not to let the threats impact their coverage of Trump. Now that Trump is the president-elect, she is especially concerned about his "de-legitimization" of the media.

"I think it's dangerous," Kelly says. "People ... need good, strong, skeptical journalists to be covering whoever it is — whether it's Barack Obama or President Donald Trump — and we're in a dangerous phase right now, where too many millions of Americans aren't listening at all to what the press tells them."

Kelly's new memoir, Settle For More, revisits her feud with Trump, as well as her work as a journalist and her decision to come forward in the sexual harassment case against former Fox News CEO Roger Ailes. 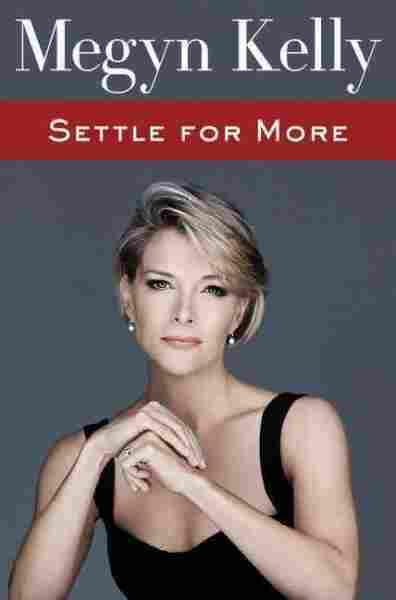 There are a lot of people in our society who have had it with PC culture ... and I, Terry, am one of those people. I think we have gone too far into the PC culture, but there's a limit to how far we can take that. ...

My general sense is [Trump voters] feel they've been lectured to enough on how they're supposed to speak and how things that were very innocuous or innocent over the past several years were spun back to them ... and so when Trump came up as this PC-buster they said, "Yes! He's our champion." He was given a permission slip for everything he said and did because of that. The gradations of what was appropriate or not seemed to get completely lost. ...

But I would submit to you that Trump's history of comments on women go well beyond the line, if you look at them in their entirety, past the normal backlash to PC culture.

On the fears minority groups have expressed following the election

The relative lack of power of certain minority groups and the fear they're feeling in the wake of Donald Trump's election, I think, is something we really need to take a look at, because, while I don't think Trump wants to target any particular minority group, I understand their fear, because he spent many months stoking it. And so I think that's a legitimate thing we're going to have to deal with and ask ourselves how far he can go in enacting certain politics that target specific groups.

On the threatening and misogynist tweets Kelly received from Trump supporters

Kelly's Clash With Gingrich On Fox Reveals Rifts Beyond Trump

The c-word was in thousands of tweets directed at me — lots of threats to beat the hell out of me, to rape me, honestly the ugliest things you can imagine. But most of this stuff I was able to just dismiss as angry people who are trying to scare me, you know. However, there were so many that rose to the level of "OK, that one we need to pay attention to," that it did become alarming. It wasn't like I walked down the street in constant fear of someone trying to take my life, but I was very aware of it.

The thing I was most worried about was that I have a 7- and a 5- and a 3-year-old, and I was worried I'd be walking down the street with my kids and somebody would do something to me in front of them; they would see me get punched in the face or get hurt.

On how to cover news from Trump's Twitter feed

It's a challenge, there's no question, because some of these tweets I would submit to you are bait, you know? Maybe an attempt to distract from a news story that Donald Trump doesn't love, and he's holding the shiny object up in an attempt to say: "Look over here! Look over here!"

Donald Trump and the First Amendment, it's not a beautiful match; it's not a match made in heaven.

We saw him do this many times throughout the primary campaign, so my approach on The Kelly File is to try to use my judgment as to whether that's what this is. Is this a head fake to distract from something that's in the news, or is this worthy of us running and chewing on it, like a dog with a bone? ...

When it happened to me, I did bring it to a supervisor, which is what you're supposed to do. ... I knew very well what my legal rights and obligations were, but let me just start with this: ... So many ask, "Why didn't you report it sooner?" ... And I would submit to you that the appropriate question to ask a victim of sexual harassment is not "Why didn't you report it sooner?" You don't get to ask me that until you've asked me whether there was a safe avenue for reporting in my company, and only if the answer to that question is "yes" do you get to ask the next question.

The problem that we had at Fox, like so many other companies in America right now, was that there was not a safe avenue for reporting. Here was the CEO and chairman of the board, on industry publications as the most powerful man in news, harassing young women in the company like myself who had been there for 12 months, and who typically were in a vulnerable position. In my case, I was new to the company and going through a divorce, but I know of other cases where certain women had just suffered a death in the family or were also having a divorce, or were on their job interview ... not in a position of power and at their most vulnerable, in a way.

It is also a dangerous game to empower them, as clearly has happened. I mean, Steve Bannon is the chief adviser to our president-elect, and I understand the argument that he's just a provocateur and he comes up with these crazy headlines and they want clicks, but if you look at what's happened to Breitbart [News] over the last three years, it's shocking.

I knew Andrew Breitbart very well and he was great. I loved him. He was a true provocateur who would be fun about it, you know. He'd show up at a democratic protest and engage with the protesters and then he'd go have a beer with them. This is something else entirely, and I don't know that Trump can stop it. I don't know who, if anyone, can stop it. I think right now the answer is for good people to exercise their own voice and their own power.