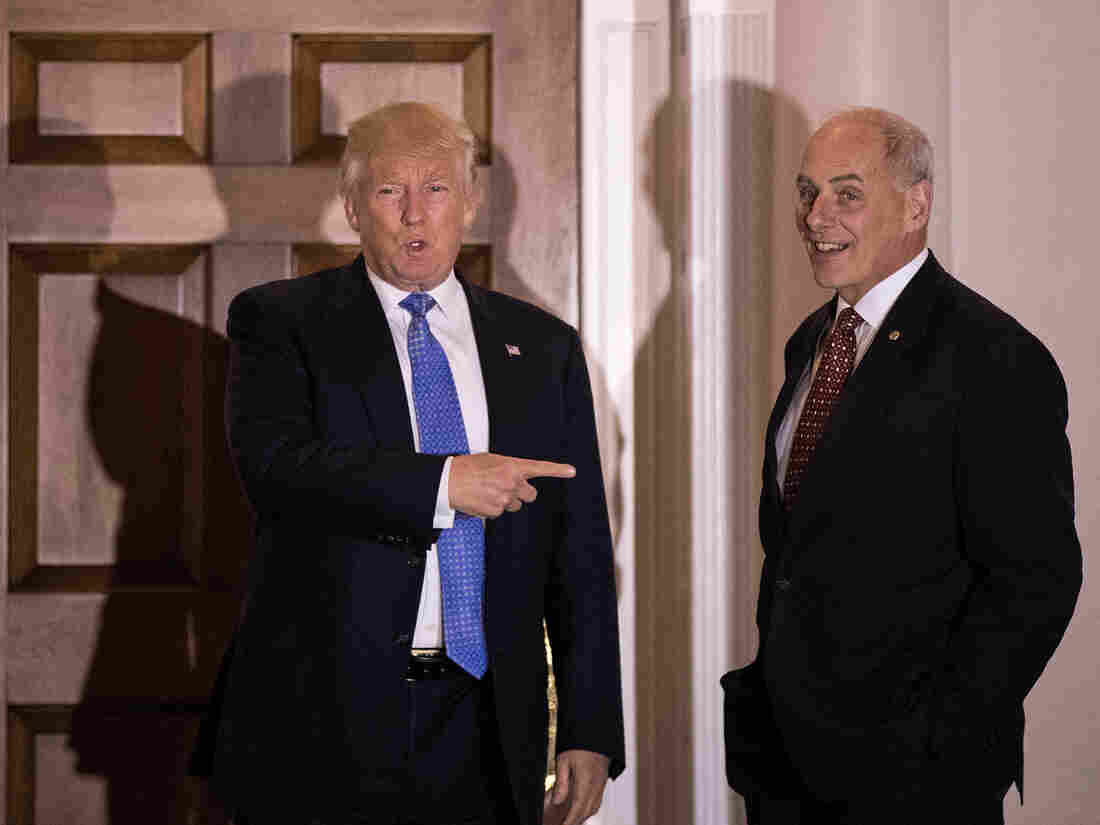 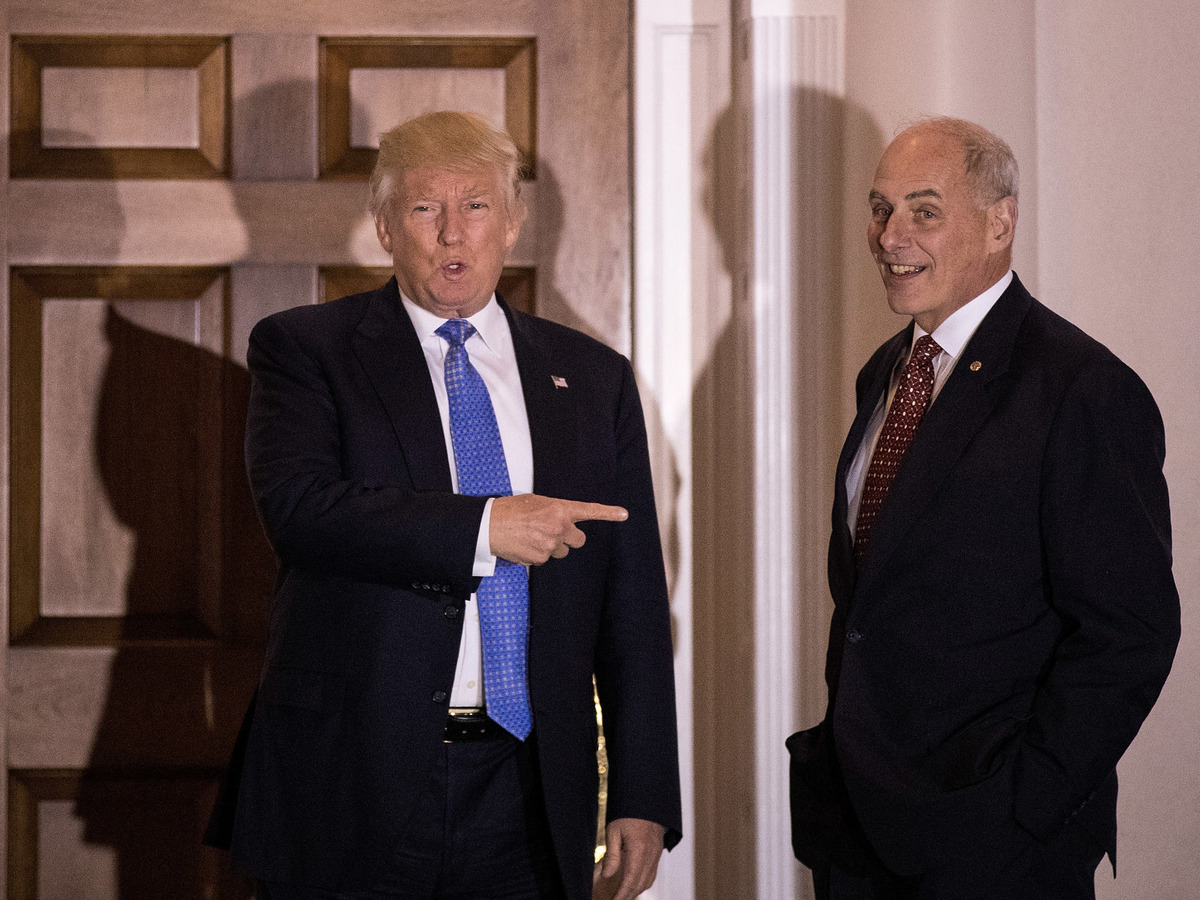 Retired Marine Corps Gen. John Kelly (right) has been tapped by President-elect Donald Trump to lead the Department of Homeland Security. The two are shown here before their meeting at Trump International Golf Club last month in Bedminster Township, N.J.

President-elect Donald Trump plans to nominate retired Marine Gen. John Kelly to become his secretary of homeland security, various news outlets are reporting. Trump's transition team has not confirmed the news to NPR, but the official announcement is expected next week.

Kelly retired in January as the boss of U.S. Southern Command, the Pentagon's area of responsibility focused on the Caribbean and South America. It's one of the less "kinetic" combatant commands, as defense officials say — with no hot wars and very little combat — but it still includes plenty of engagement by the U.S. Navy, Coast Guard and other services with the militaries of the region.

It also includes a heavy focus on the flow of immigrants and contraband, two topics on which Trump focused heavily during the presidential campaign.

Kelly and Mattis served together in the same unit in Iraq, along with the current chairman of the Joint Chiefs of Staff, Gen. Joe Dunford, the military's top-ranking officer.

Kelly began his career as an enlisted Marine infantryman who then became an officer. His Pentagon experience included service as senior military assistant to Secretaries of Defense Robert Gates and Leon Panetta. He is known for giving unvarnished advice to superiors even when it conflicts with their own goals.

When President Obama ordered the military to integrate women into front-line combat roles, Kelly and the Marine Corps were skeptical. When Obama pushed to transfer as many detainees as possible from the prison at Guantanamo Bay, which fell under Kelly's command, he put on the brakes.

Reporter's Notebook: What It Was Like As A Muslim To Cover The Election

Kelly denied that he viewed his post at comparatively sleepy SouthCom as a punishment for having been sidelined from the action.

And he knows about sacrifice in a way few can imagine — not only has Kelly served in combat himself but his son, 1st Lt. Robert Kelly, was killed in Afghanistan in 2010.

"I get occasional letters from Gold Star families who are asking, 'Was it worth it?'" Kelly told reporters at the Pentagon before his retirement. "And I always go back with this: 'It doesn't matter. That's not our question to ask, as parents. That young person thought it was worth it, and that's the only opinion that counts.'"