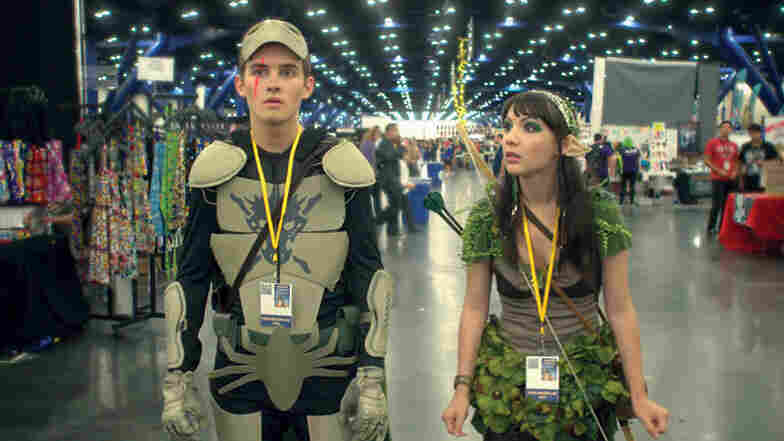 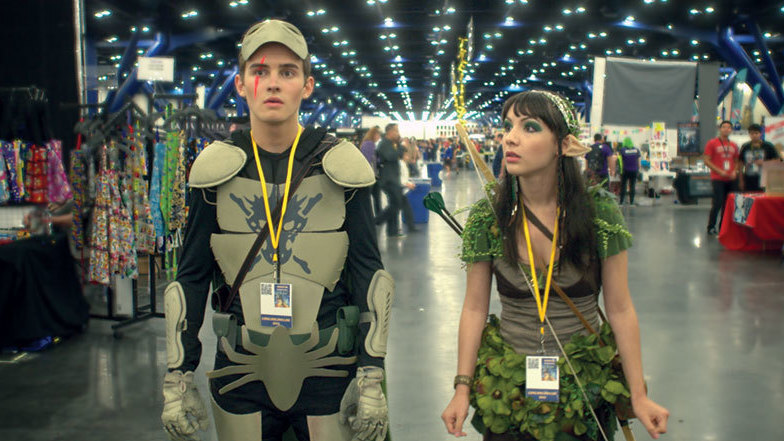 Slash fiction, for the unbent, is generally defined as fan fiction that pairs two characters or real people of the same sex in an intimate or erotic way: you've got your Kirk/Spock, your Sherlock/Watson, your Axl/Slash (sorry). The culture has been around for decades and is the subject of much queer-studies scholarship, but until the Internet such activity remained largely cloaked in shadow. Write slash fiction on your own and you may be thought a pervert; post it online and you gain initiation into a thriving community of like-minded (typically female) geeks and weirdos who've defiantly charted their own course through the pop-culture solar system.

Slash plays with the relationship between creator and audience, injecting adult themes into decidedly non-adult content to see what happens, and commenting on an overall lack of queer characters in fiction. And what of the original creators whose works form the basis for this remixed lit-smut? Well, to be fair, they did conjure fantasy worlds with virtually limitless possibilities. "It's like they're begging us to fix them," says one of the heroes in the new coming-of-age comedy Slash, a line which amounts to the film's most succinct explanation for why these writers do what they do. As we're told repeatedly, the Bronte sisters themselves wrote their own form of fan fiction.

Here is the world of Neil (Michael Johnston, MTV's Teen Wolf), a shy, terribly repressed 15-year-old who only feels at home when he's slashing up some male-on-male sci-fi tales on his computer. He's riffing off a franchise called "Vanguard," which looks to be one of those Asimov-lite bound paperback series with the spaceship covers. We see some of his visions shot with low-rent costumes and kitschy laser effects that will be familiar to anyone who remembers the deliberate cheese of 2009's Gentlemen Broncos. (The lasers largely disappear once the shirts come off.)

Neil might be gay — his writing certainly suggests he's about to discover this, and he finds himself drawn to a couple different men in his orbit. But he's also attracted to Julia (Hannah Marks, Dirk Gently's Holistic Detective Agency), a classmate and fellow slasher. Julia defends Neil when his secret pastime is exposed, convinces him to publish his work online for the first time, and ultimately drags him to his first comic convention, where the next-level realm of fandom awaits. She's everything Neil isn't: brash and assertive, openly sexual and proud of her geekery. Yet Johnston and Marks are strong enough in their roles, crafting characters who express uncertainty and fear in vividly different ways, to make you believe their polarizing personalities truly draw confidence and meaning from each other.

The film allows its hero to genuinely puzzle out his sexuality in front of us. When Neil is tossed aside by Julia, who uses her demeanor to mask her own insecurity around men, he turns to the mysterious Denis (Michael Ian Black, lending street cred), a much older man who edits their favorite slash website and seems to have a history of making young guys like Neil his playthings. Neil lies about his age in order to gain admission to Denis's adults-only community, but he really doesn't know much about sex, as the florid bits of his prose we hear make abundantly clear. That's the thing about blooming in the Internet era. There are more, er, resources than ever — but they allow for fewer face-to-face interactions, fewer chances for someone else to read things in you that you don't see for yourself.

Slash comes from the Austin, Texas indie filmmaking scene, which (in a post-Richard Linklater universe) has an established track record of finding the human stories within geek subcultures — from the tabletop roleplay drama of Zero Charisma to the artificial intelligence of early programmers in Computer Chess. Writer-director Clay Liford is a mainstay on the DIY cinema circuit: his previous feature credits include the aliens-among-us thriller Earthling and bad-teacher dark comedy Wuss. Like his contemporaries, Liford elevates the outcasts, the odd folks who would be written off as background characters or stereotype sidekicks in mainstream comedies.

Liford does this well despite a style that's all too drab, failing to do much to liven up the muted grey floors of a convention hall or the claustrophobic interiors of Neil's house. Very few films have found a credible way to make the Internet visually interesting (with the desktop horror movie Unfriended an exception), and Slash doesn't offer much. It relies on Neil's online connections to tell a good deal of plot but fails to spice them up, so we just see lots of Gchat conversations in progress. The winking "Vanguard" segments break things up tonally, and it's too bad there aren't more of them.

But if a film this low-key can still capture something true about the passionate and, yes, somewhat perverse nature of ardent fandom — well, that's an accomplishment with some serious fan potential itself. Slash slash may soon give Slash slash a run for its money.