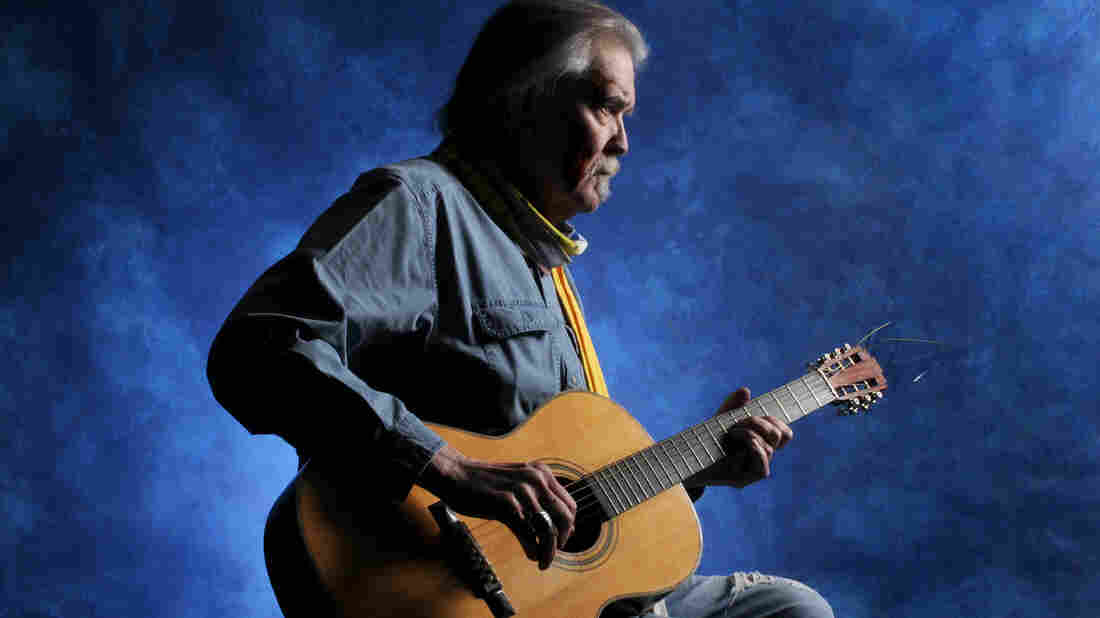 A new Guy Clark retrospective collection, The Best Of The Dualtone Years, comes out March 3, 2017. Courtesy of the artist hide caption 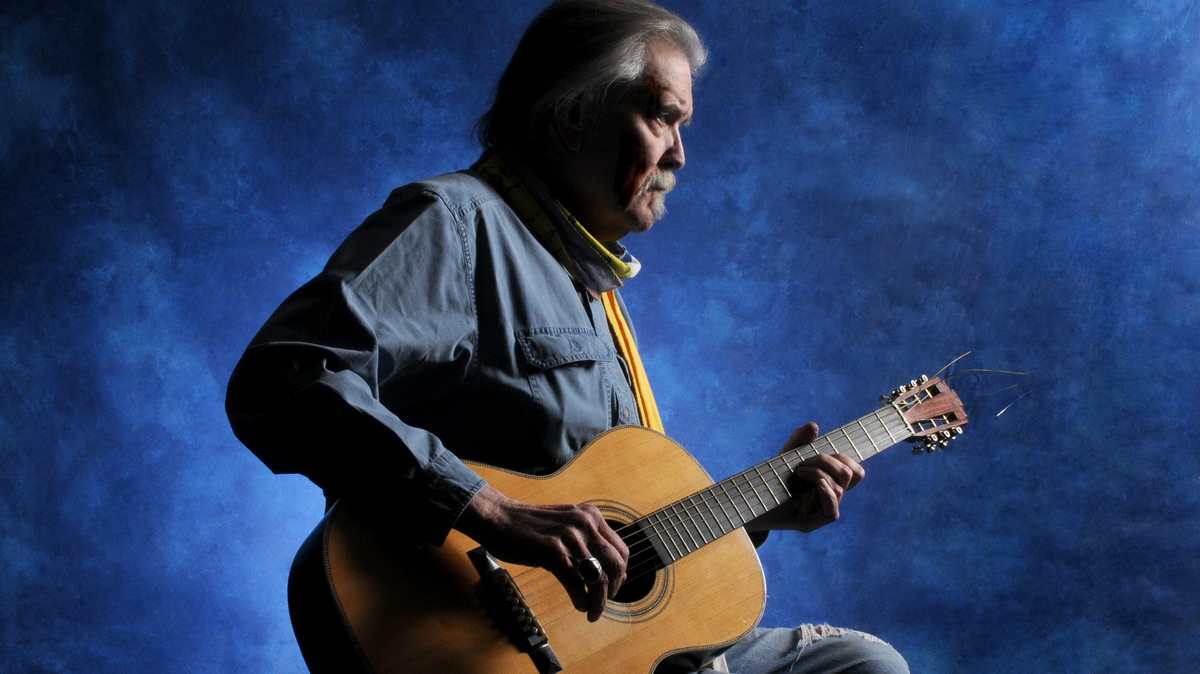 A new Guy Clark retrospective collection, The Best Of The Dualtone Years, comes out March 3, 2017.

This was the year that all discussion of Guy Clark, standard-bearer of narrative-unfurling Texas songwriting, slipped from present tense into past. After his death in May came innumerable published remembrances, a sold-out tribute show at Nashville's Ryman Auditorium featuring the cream of the writerly Americana crop and a meticulously researched biography, Without Getting Killed Or Caught: The Life And Music Of Guy Clark, all of it celebrating the singular sturdiness of his canon.

Clark's biographer, Tamara Saviano, spent countless days with him over the last decade. "By the time I really started spending this time with him," she told NPR, "he was a legendary songwriter, but he acted like he was just in another day of songwriting. He saw himself as a working artist."

Saviano reflected further, "He wanted to be the best songwriter he could possibly be, and that lasted until the day he died, until he couldn't do it anymore. In the Americana genre, a lot of people kind of look down on co-writing. They write by themselves because co-writing is 'what those Nashville mainstream country people do.' Guy loved to co-write. He looked forward to it. He loved having younger songwriters, not because he felt like he was a mentor to them, but because he felt like they were bringing something to the table that he could no longer bring, which was fresh ideas and a fresh way of looking at the world. ... He just wanted to be a fellow songwriter creating a piece of work together for the pure joy of the collaboration."

An upcoming retrospective collection, Guy Clark: Best Of The Dualtone Years, promises a few new dispatches from Clark's latter-day creative process; a trio of unreleased song demos will be included alongside selections from his final studio and live albums. One of these newly revealed songs, "Just To Watch Maria Dance," was a 2009 collaboration between Clark and Lady Goodman, a songwriter who'd recently scored a hit with Kenny Chesney, but was better known as veteran music journalist Holly Gleason.

Gleason recalled in an email to NPR that she brought Clark the line, "Greyhounds are for leaving, when all you got is gone."

Trying to capture the experience of seeing that song idea to completion with him, she shared this vignette:

And so began a tumble down a rabbit hole: my words, his voice, the teeter totter of his guitar.

"Good times that eat you alive, washing out — and needing to move on."

He laughed. "And watching people do it, knowing the pattern — but giving it, you know, that offhanded bravado of Bogart as you're rolling out of town."

We both knew he knew something about all of it. Nothing more needed to be said.

He nodded then, took the architect's pencil and made some notes on my page. Then he handed me a legal pad and asked me to write the lyrics as they stood while he poured some more coffee.

We laughed and played tug of war with my lines, his ideas. Him fighting for some of my lines, me groaning. Him bringing the classic Guy tropes — "See the battered wreckage where you spun out off the wall" — lifted my basic truth — "now you don't think much of nothing, when you think at all" — into the realm of something that felt essentially Guy Clark.

"This is pretty good, Holly," he said as we worked. Moving lines around, trying things out, striking them just as fast. Methodical, he wasn't one to just cast off an idea without making sure.

It took a second writing appointment in Clark's smoky basement workshop for the two of them to finish the song, and a third visit for Gleason to hear the results. 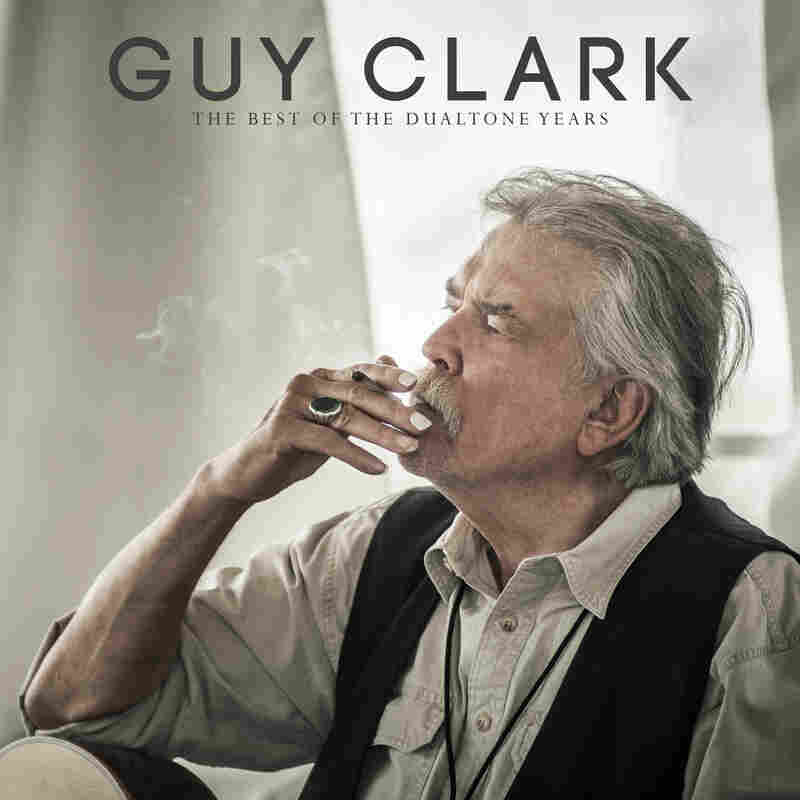 Guy Clark, The Best Of The Dualtone Years Courtesy of the artist hide caption

Only when I came back, he played it for me exactly as you hear here. Leaned across that flat board work table, where he set his soft lead pencils and skulls 'n' roses Mexican ashtray, the legal pads, capo and rolling papers, and pronounced in a low rumble like God's kindness, "This is good."

Guy took songs too seriously to ever say that to be kind. We both knew it. But somehow... "Well, you wrote it," I protested. "Of course it is."

"No, these are almost all your lines... and your idea... I just added a few things."

What stands out in Gleason's account is Clark's generosity and meticulousness and the steadying presence of his insight.

On the track that he recorded alone, he slides his fingers down the guitar strings, making a faint metallic scraping sound before he finds his position on the frets and settles into an easeful, occasionally wobbly picking pattern. His then-68-year-old voice has a woolen texture, and his delivery feels gently wry and trustworthy. In all of two minutes — too quickly by far — "Just To Watch Maria Dance" is over.

The Best Of The Dualtone Years comes out March 3, 2017 on Dualtone.