Accessibility links
Retiring Sen. Harry Reid: Trump 'Not As Bad As I Thought He Would Be.' The Nevada Democrat, who is wrapping up a 30-year run in Congress, says: "I agree with the American people. I don't have a real high regard for Congress either, because we're not getting things done." 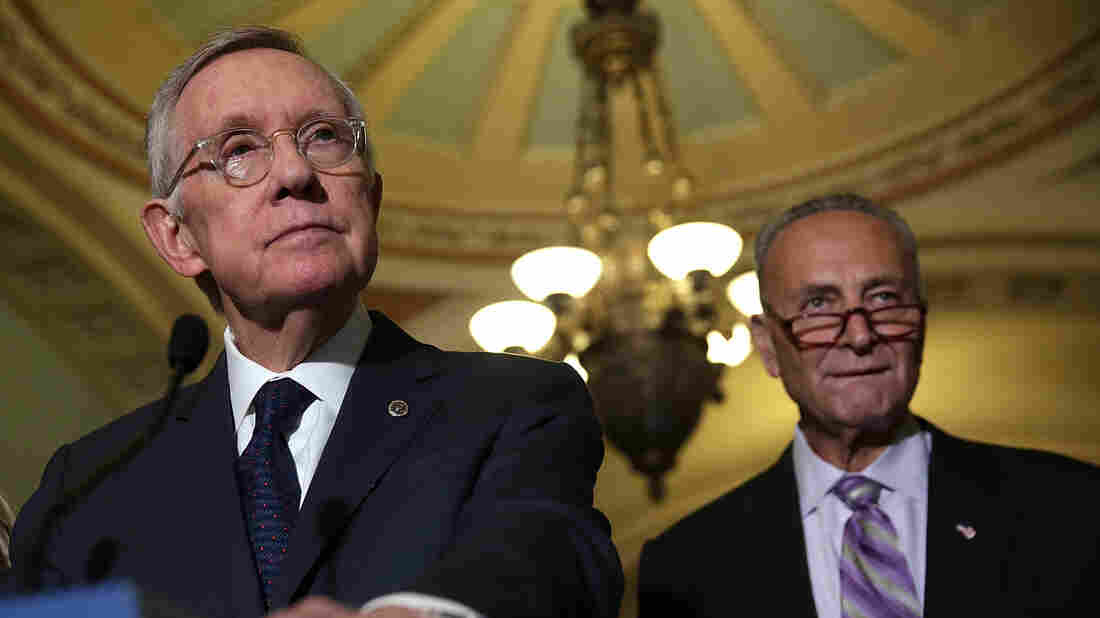 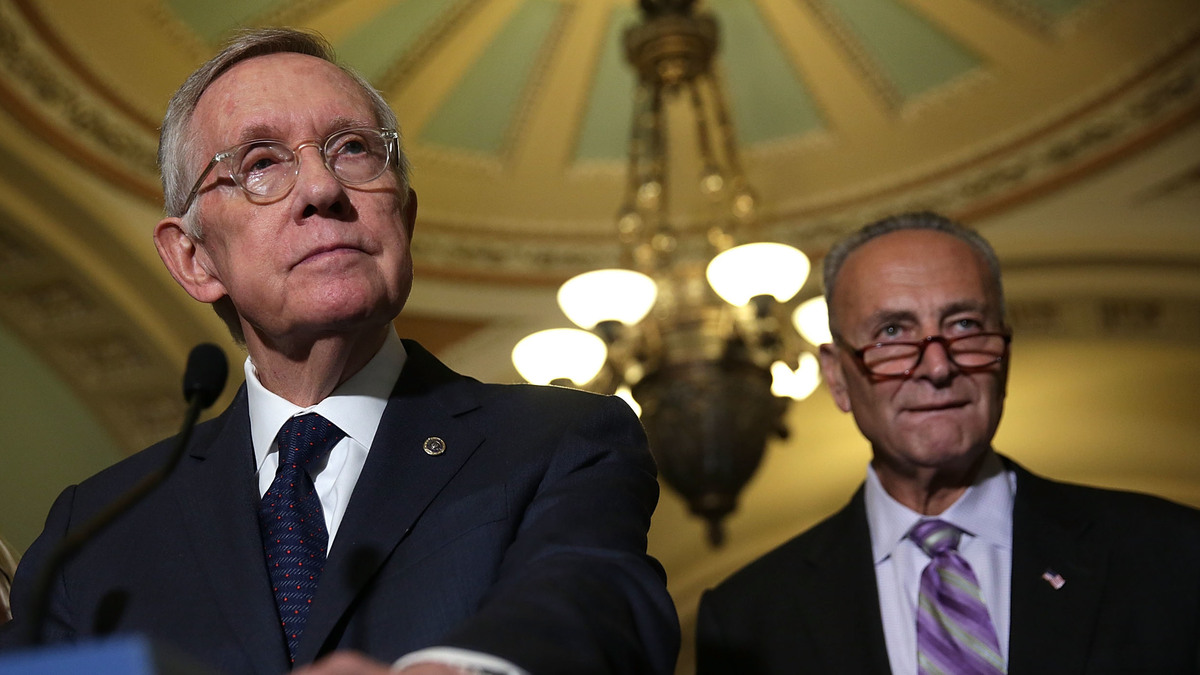 U.S. Senate Minority Leader Harry Reid, D-Nev., speaks to members of the media Sept. 9 at the Capitol. Reid is retiring after this Congress; he'll be succeeded as minority leader by Sen. Charles Schumer, D-N.Y. (right).

6 Things You Might Not Have Known About Harry Reid

Senate Minority Leader Harry Reid will give his farewell address Thursday on the Senate floor. The Nevada Democrat has served in Congress for 30 years, and as his party's leader in the Senate for 12.

Reid tells Morning Edition's Rachel Martin that he — and many other Americans — are still anxious about the incoming Trump administration, but he sees reasons for optimism as well.

"I've learned to accept the Trump election," he says.

I agree with the American people. I don't have a real high regard for Congress either, because we're not getting things done.

On Republicans' assessments that Reid was, in the words of party leader Sen. Mitch McConnell, "the worst leader here ever"

Republicans Point To Reid As A Symbol Of What's Wrong In D.C.

Sometimes when people lose they strike out and say things they probably shouldn't. Sen. McConnell was at that time saying that because they'd held up scores of judges — 98 to be exact. We had a National Labor Relations Board they were going to put out of business. And he lost that. We changed the rules of the Senate so they couldn't do that anymore. ... They tried over 70 times to repeal Obamacare; they couldn't get it done. I'd consider that a kind of a loss, wouldn't you?

Worrying About Your Exchange Coverage? Obamacare Repeal Would Take A While

On how his assessment of President-elect Donald Trump has changed

I have to say this — he's not as bad as I thought he would be. ... We heard from Trump that one of the first things he was going to do is repeal [the Dreamers] executive order. In an interview he had with Time magazine in the last day or two, he said, "Nah, I'm not going to do that" — those young people deserve to stay here. He's not going to prosecute Hillary Clinton criminally, as he said he would do. Obviously he didn't believe in all of the stuff he said — which is a step in the right direction. ...

You know, it's not as if Donald Trump and I have been enemies our whole lives — he's done fundraisers for me. When I was elected last time he sent me a letter saying "you're awesome" — a handwritten note. ... It's not as if I have hate in my soul for Donald Trump. I hope, beyond all, that he does well. It's important to the stability of this great nation we have. And I'm hopeful — I keep using that word, but that's what it is — hopeful that he will lessen his rhetoric and work toward a safer, more productive America.