Accessibility links
Hillary Clinton Talks Fake News, #Pizzagate: 'Lives Are At Risk' "The epidemic of malicious fake news and fake propaganda that flooded social media over the past year, it's now clear that so-called fake news can have real-world consequences," she said. 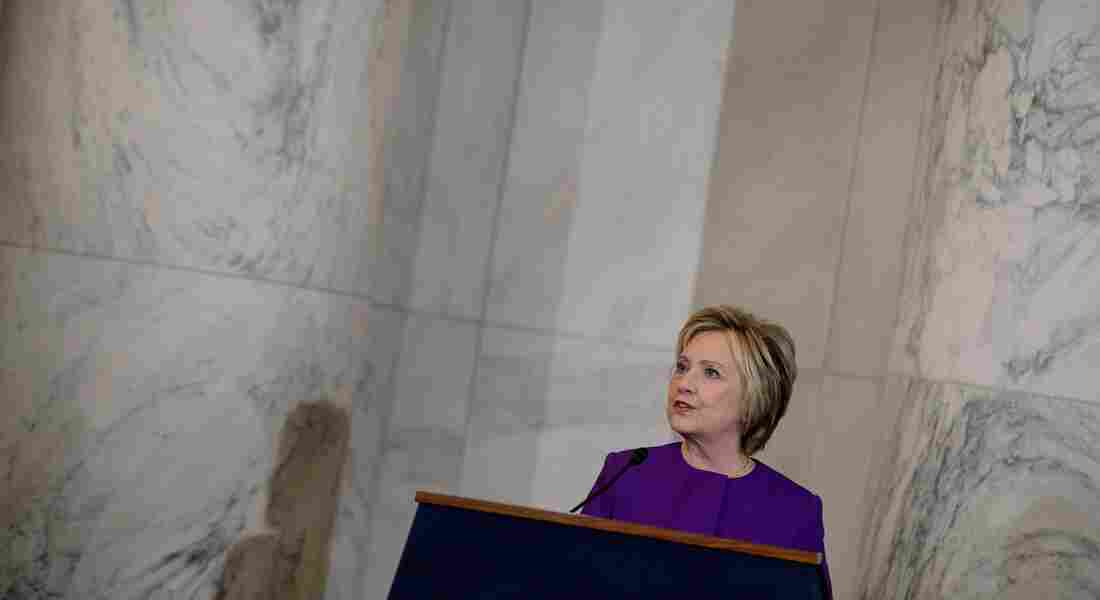 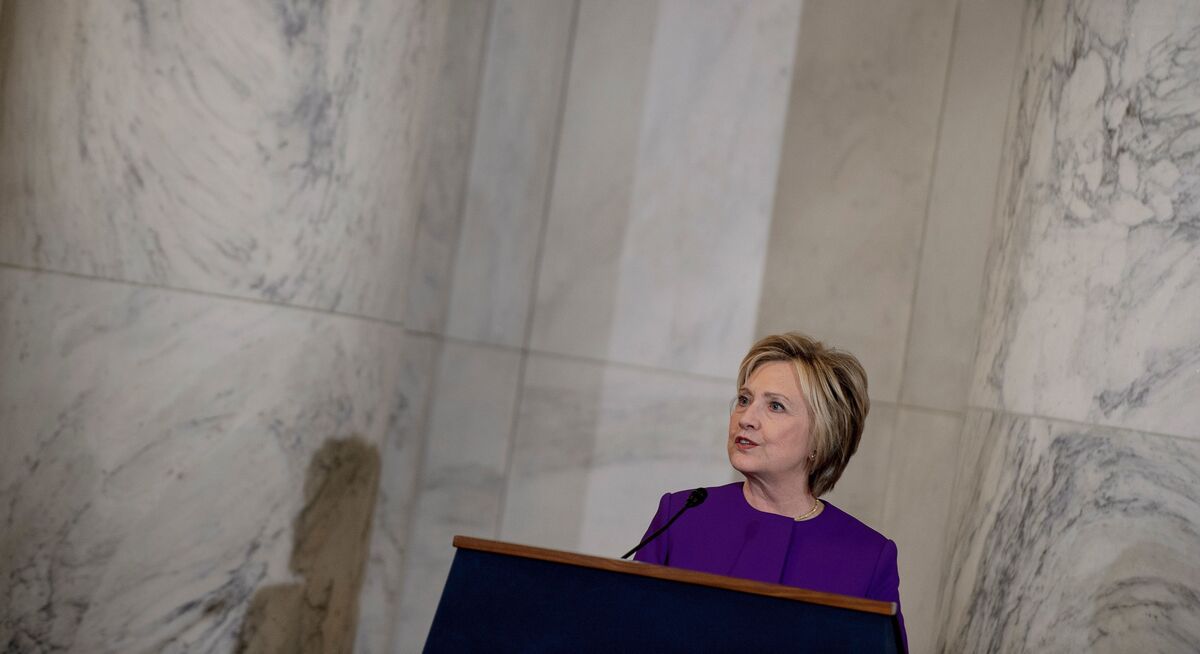 "The epidemic of malicious fake news and fake propaganda that flooded social media over the past year, it's now clear that so-called fake news can have real-world consequences," Clinton said.

She was referring to the "Pizzagate" incident in D.C. this weekend, which came to a terrifying head. A man believing a fake news story that Clinton and her aides were running a child sex ring out of a D.C. pizzeria entered the restaurant Sunday and fired a gun; no one was injured.

"This isn't about politics or partisanship — lives are at risk. Lives of ordinary people just trying to go about their days, to do their jobs, contribute to their communities," Clinton said in a speech at the Capitol where she and other lawmakers were honoring retiring Senate Minority Leader Harry Reid.

Other businesses around Comet Ping Pong have also received threats after conspiracy theories were peddled online, including by Infowars' Alex Jones, whom President-elect Donald Trump has praised. Abdel Hammad, owner of neighboring Besta Pizza, said he has also received threats amid allegations his business is also involved in child trafficking, and he told NPR member station WAMU that even though he voted for Trump, he is now rethinking that decision.

"It's a danger that must be addressed, and addressed quickly," Clinton continued. "Bipartisan legislation is making its way through Congress to boost the government's response to foreign propaganda, and Silicon Valley is starting to grapple with the challenge and threat of fake news. It's imperative that leaders in both the private sector and the public sector step up to protect our democracy and innocent lives."

The pointed comments from Clinton came amid a rare public appearance for the former nominee over the past month since she lost the election. At the outset of her speech, she made a joking nod to her reclusiveness.

"This is not exactly the speech at the Capitol I hoped to be giving after the election, but after a few weeks of taking selfies in the woods, I thought it would be a good idea to come out," she said, laughing.