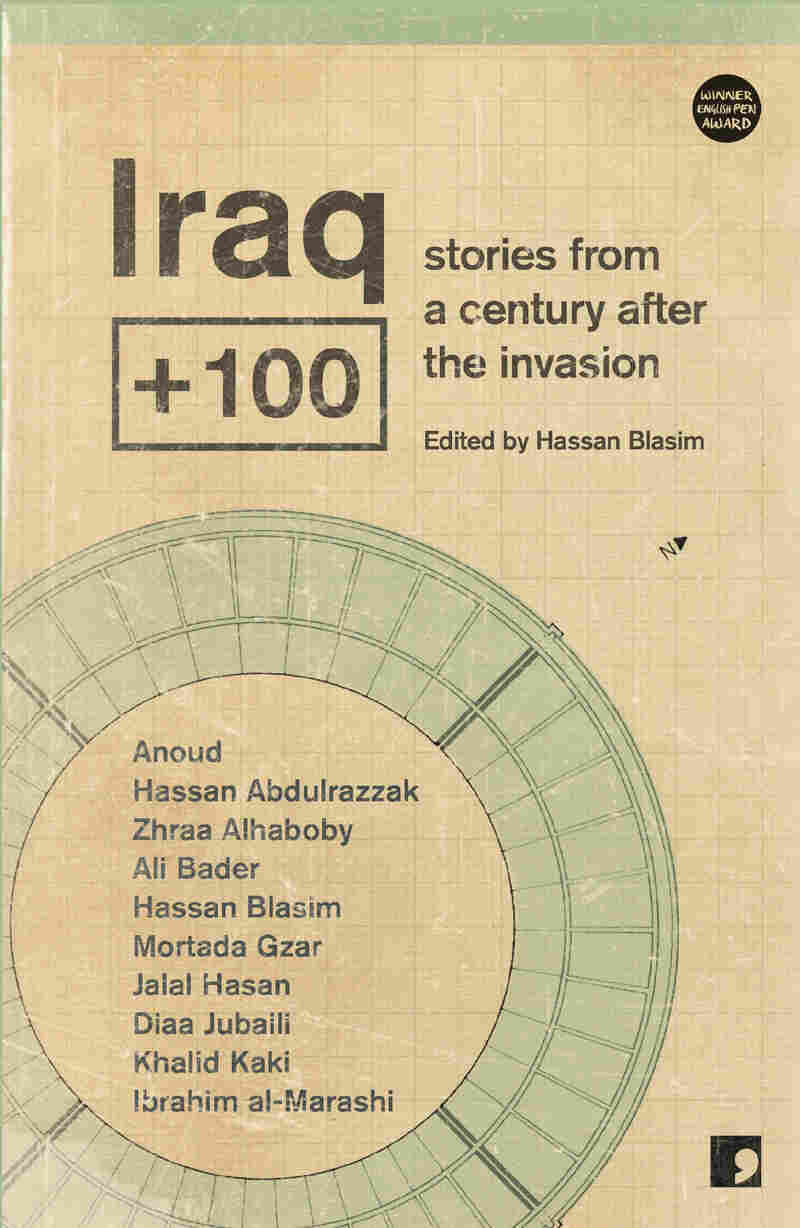 Stories from Another Iraq

Cool, they flee war zones, but the problem ain't ours

Even if our bombs landed on them like the Mayflower

In a just world, every single person who was in favor of invading Iraq would have to read this book. It would be tattooed on the eyes of the invasion's architects, force them to see everything through these writers' words. Tony Blair would see himself in the invading aliens of Hassan Abdulrazzak's "Kuszib;" George W. Bush's thoughts would be invaded in turn by Zhraa Alhaboby's mutilated Scheherazade.

The world isn't just, however, and the authors in Iraq + 100 know this. Yet the book is in many ways kinder than I am: there isn't a single story in it that you could call a reap-what-you-sow fantasy. Though these are explicitly stories that confront the horror of the 2003 invasion, they are not stories (with the notable exception of "Kuszib") about invaders. Rather, they're about the bleakness of endurance, the fragility of memory, and the necessity of exile.

Ten Iraqi authors — including Hassan Blasim, co-editor of the anthology and award-winning author of The Iraqi Christ — imagine Iraq one hundred years in the future. In Khalid Kaki's "The Day By Day Mosque" the narrator drinks vinegar made from hundred-year-old perfume in a world where everything is in the process of being literally reversed; in "The Here and Now Prison," Jalal Hassan imagines the city of Najaf and its residents translated into virtual reality; in "Operation Daniel," people who resist a dictator's edicts are "archived" — incinerated and compressed into the diamonds that stud his shoes. The stories range from surreal fantasy to dark science fiction to horror, though I reach for these labels in retrospect; these authors largely sidestep the tropes and craft conventions with which I'm familiar, which has the curious effect of making me feel like I'm watching the genres' wheels reinvented for new terrain.

The stories range from surreal fantasy to dark science fiction to horror, though I reach for these labels in retrospect; these authors largely sidestep the tropes and craft conventions with which I'm familiar.

Only three of the ten stories — Anoud's "Kahramana," Abdulrazzak's "Kuszib" and Ibrahim al-Marashi's "Najufa" — are originally written in English; the rest are translated from Arabic by seven different translators, preserving the plurality of voices appropriate to an anthology. Consequently I read much of this book with double vision; a story like Diaa Jubaili's "The Worker," which perplexed me in English with its unconventional form and meandering style, made perfect, striking sense if I imagined it in Arabic, shifted it into a different storytelling context. It's an uncomfortable, dislocating effect entirely appropriate to the project.

Though a few of the stories — Alhaboby's "Baghdad Syndrome," Hassan's "The Here and Now Prison," and Ibrahim al-Marashi's "Najufa" — are warm and hopeful, focused on love, family, and friendship, overall the collection hurts. Underlying these pieces are exhaustion, disgust, contempt, disillusionment, all of which Western readers of speculative fiction will no doubt find alienating; built into our narrative of fiction's usefulness is a sense of healing, catharsis, nourishment that this collection resists. Thoughts of the future are rooted in the recent past and present, leeching poison from its earth, and what grows can't be separated from that soil, as when Alhaboby writes "I knew that soon my vision would start to go the way the lights once did over Baghdad all those years ago ... You see, if you're a sufferer of Baghdad Syndrome, you know that nothing has ever driven us, or our ancestors, quite as much as the syndrome of loving Baghdad."

I did not enjoy this collection. Enjoyment is beside the point. One does not enjoy being shown the child in Omelas' basement.

Blasim writes in his foreword that "it was difficult to persuade many Iraqi writers to write stories set in the future when they were already so busy writing about the cruelty, horror and shock of the present, or trying to delve into the past to reread Iraq's former nightmares and glories;" Ra Page's afterword adds that the book's project is "to offer writers a space in which to explore the troubles of the present ... through the allegory of the future, or through the long lens of speculative fiction." It's jarring to take stock of how dim a view of the future results from this experiment — but no more jarring than the realisation that, at time of writing, 13 years after the 2003 invasion, the U.S. is still bombing Iraq.

I did not enjoy this collection. Enjoyment is beside the point. One does not enjoy being shown the child in Omelas' basement. But it's crucial to see, crucial to negotiate one's position to that child with clear eyes. I admire the achievement of this collection greatly, and I want it to be read, and celebrated, and supported. Iraq + 100 is painful, difficult, and necessary; it's often beautiful, always harrowing. These stories state their horrors as the matters of fact which they are — and if that sits awkwardly with the conventions of Western science fiction that imagine dystopias at arm's length and totalitarianism as fanciful thought-experiment, then perhaps now more than ever is the time for those conventions to change.