Accessibility links
'High Times' And High Notes: The Life Of Sebastian Bach The former Skid Row frontman spent a lot of his glory years under the influence, but his first true high came from singing in Christmas mass as kid. He discusses his new memoir with NPR's Ailsa Chang. 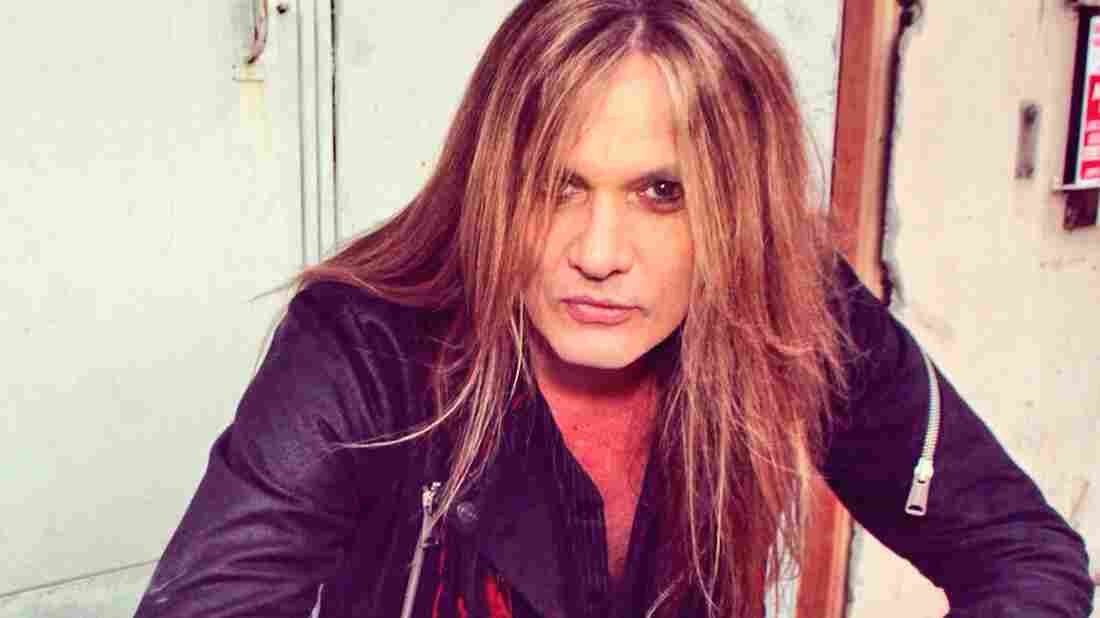 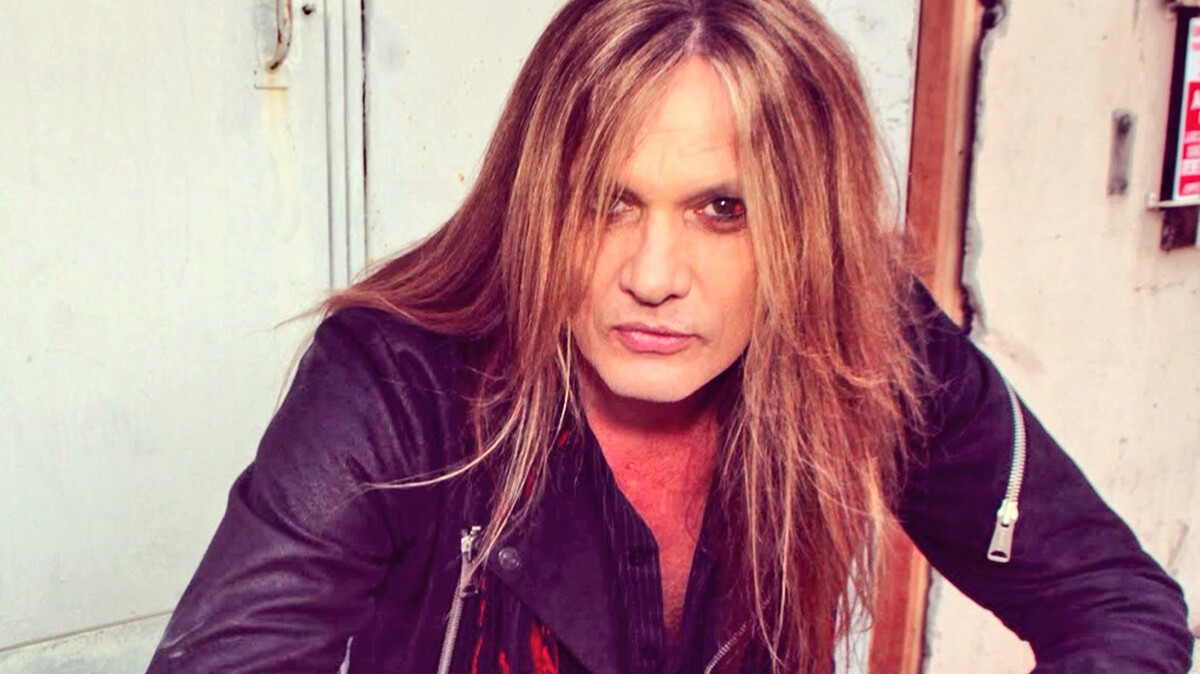 Sebastian Bach has sung, screamed and strutted for fans around the world as the frontman for the band Skid Row. When grunge overtook metal in the '90s and the band kicked him out, he found ways to keep on singing; that's been his passion since his days as a choir boy at All Saints Anglican Church.

From star turns on Broadway to jamming in a garage band on Gilmore Girls, Bach has remained committed to rock 'n' roll — and now, he's written a new memoir called 18 And Life On Skid Row. He joined NPR's Ailsa Chang to talk about it. Hear their conversation at the audio link, and read an edited version below.

Ailsa Chang: You were aware of your ability to sing at a really early age. How did you discover that?

Sebastian Bach: Well, my mom and my aunt kind of made me feel that I could sing. I can remember them just singing all the time — they would sing Jimi Hendrix, "Fire," in the kitchen while they were making french fries. And I would be knee-high and just feeling that music and looking at their joy and just excitement.

I joined the church choir when I was 8 years old, and I describe in detail in my book a Christmas mass where we would sing "Gloria in excelsis Deo." Anybody that remembers singing that hymn remembers this insane soprano harmony on that section. And I can remember that song at Christmas with a packed congregation, a mass late at night, that snow falling in Peterborough, Ontario, Canada. That little passage, that little harmony on that song, I remember just saying, "This is the most incredible feeling." When the whole choir would hit that part, it felt like we were flying.

You very much enjoyed being a soprano, and when you were in boarding school in Ontario, you felt your voice begin to change because of puberty — but you forced your voice to stay soprano by continually singing high notes in your room! Why were you so desperately wanting to sing those high notes?

Because my identity before I was a singer was, I was like the class clown. And I would make people laugh to get attention and to make friends. But when I started to sing, people acted totally different towards me. And when I felt my voice change, I did not want to lose that newfound respect that I felt from people. So I locked myself in my dorm and I put on Rush and I put on The Police, "Roxanne," because I did not want to lose my vocal range. 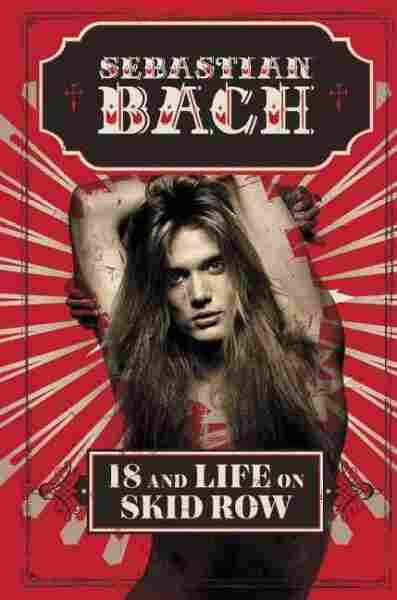 And you grew up pretty fast. I mean, after you left boarding school you were still in your mid-teens. And you didn't go back to live with your mom — you wound up living with your aunt, and then with a prostitute at one point?

Well, yeah. That sounds horrible, but, you know, yeah. [Laughs]

And then when you were 19 or 20, you joined Skid Row. You already had a baby with your girlfriend at that point. Skid Row took off pretty quickly — it wasn't long before you guys were touring with Bon Jovi and Mötley Crüe and Aerosmith. And I have to say, a lot of this book is about reliving your crazy exploits on tour. I mean, in most of these chapters, you were high — usually on cocaine — and you're also drunk at the same time. But I'm curious because you recount these vivid, detailed memories of these wild parties. How did you remember all that when you were high most of the time?

Well, just to be clear, never drunk on stage. I save all that kind of activity for after the show. I don't charge money for a ticket to someone and then show up drunk. I don't do that. But after the show, on the tour bus, on the way to the next town, that's my time!

Well, I tell the story in the book of Rick Rubin, the producer,coming to see us open up for Aerosmith at the L.A. Forum on the same night that I met Axl Rose and David Lee Roth. David had the idea to take us all to the Rainbow, so we went in Rick Rubin's car.

And the Rainbow is a club.

Rainbow Bar and Grill — which used to be called The Grove — on Sunset Boulevard. So we all piled into Rick Rubin's sports car. I vomited Jack Daniels out the car door while we were driving there, and Axl held my hair inches from the pavement as we're speeding to the next destination. And then he pulls me back in and I'm like, "All right! Let's do this! Now we're ready!" [Laughs]

Your breath must have smelled wonderful.

Oh my God. Well, there. I think we should end it on that note.

There's also this one point when you're on speed and you can't come down from it. And you call your father in the middle of the night and you say you're calling him just to tell him you love him. But you keep saying it over and over again and he starts to feel really sad because he knows you're totally high. Did he ever tell you he thought you were getting out of control?

Was there a part of you at the time that did feel like it was self-destructive?

When he would get mad at me, it would make me feel bad. I would kind of question, "Well, maybe that isn't such a good idea." But I have to say, this book is written about a long time ago. Nobody's living like that now. I haven't done any cocaine in 15 years at least, maybe longer, maybe 20. I don't like it. I don't like the way it makes me feel. It's an awful experience to have that in your system, you know?

Let's fast forward just a little bit. You explain at the end of your book that you're in this new phase of life now. You enjoy staying at home. You enjoy doing the normal, everyday things that used to elude you. What convinced you to begin investing in home life, in family, in just staying still?

One major thing that happened. I always get my ears checked; I don't know if you know that the singer of AC/DC, Brian Johnson, had to end his career because of his hearing loss. So I'm always getting my ears checked, 'cause I'm always playing loud music — that's my job. And my doctor did a hearing test on me like two years ago and he said, "Sebastian, I can tell that you've played rock 'n' roll your whole life. Your hearing is fine — but if you don't start turning it down, 10 years from now you will wish that you did." And I broke down and cried in the doctor's office, because I, for a second, tried to imagine a life without music.

I can't imagine not being able to listen to music. And so I did what he told me to do: I turned it down. And who knew that you could even hear the music better turning it down! Music that I've listened to all my life — I'm like, "Oh, listen to that harmony! Listen to that guitar part! I never heard that! Turn it down so I can hear it!"

You said you find it ironic to be called a rock star sometimes. Why is that?

Are you a rock star in your sense of the phrase?

I have been called a rock star by other people for 30 years now. And I think that meant, like, you sing music on stage and you've got cool clothes and you travel the world and you have a tour bus. I didn't know a dentist could be a rock star, but that's it.