Accessibility links
How To Tell Fake News From Real News In 'Post-Truth' Era The deluge of fake news suggests we live in a "post-truth" era. But NPR's Steve Inskeep says it would be better to call this a "post-trust" era. Here are his tips to sniff out the suspect sources. 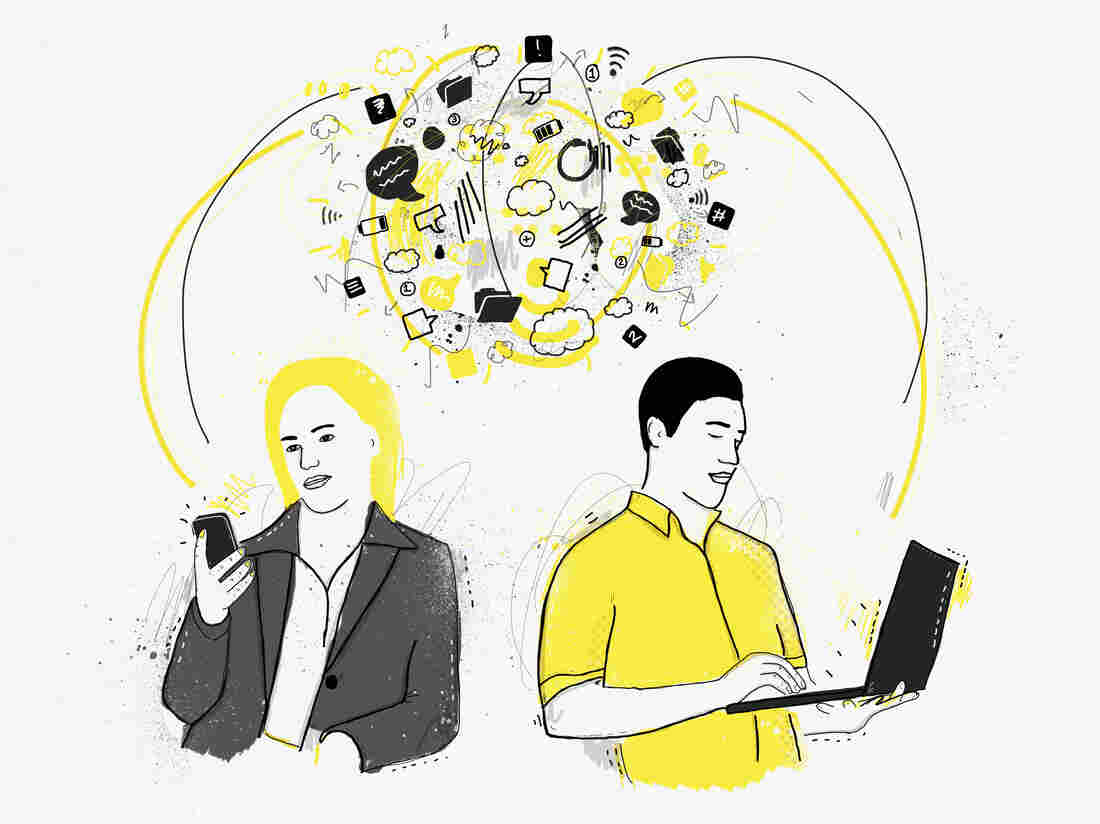 Behind the fake news crisis lies what's perhaps a larger problem: Many Americans doubt what governments or authorities tell them, and also dismiss real news from traditional sources. But we've got tips to sharpen our skepticism. Turnbull/Getty Images/Ikon Images hide caption 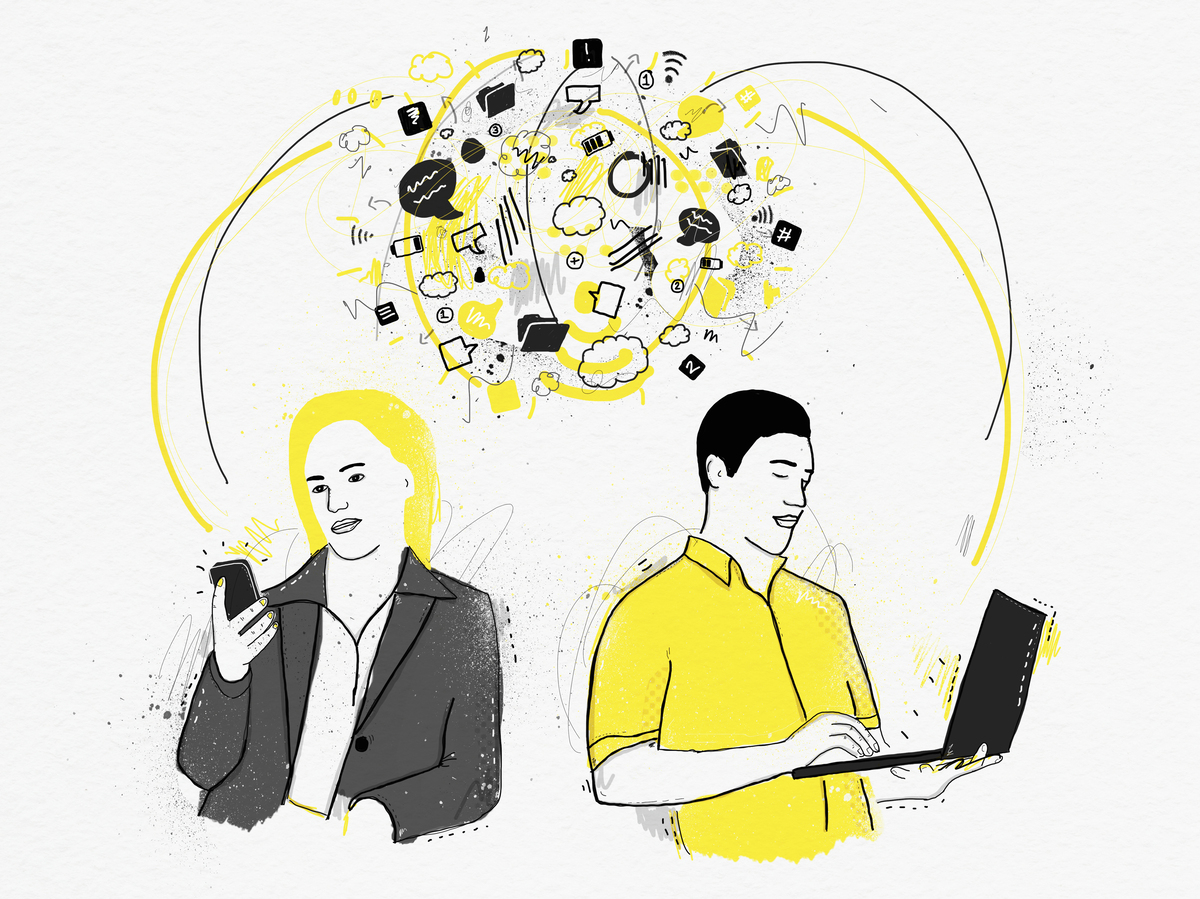 Behind the fake news crisis lies what's perhaps a larger problem: Many Americans doubt what governments or authorities tell them, and also dismiss real news from traditional sources. But we've got tips to sharpen our skepticism.

Are we really in a post-truth era? Somebody on the Internet said so. Many people, actually.

The presidential campaign was filled with falsehoods. Our president-elect no longer poses as a truth-teller: Aides and supporters say we should not take him literally. That's good for him, since he endorsed a conspiracy theory that cast doubt on his own election. (Remember? He claimed without evidence that there were "millions" of illegal voters, who, if they did exist, might have swung the election to him.) Fake news stories about a Washington, D.C., pizza restaurant prompted a real person to "investigate" with a rifle in early December.

But let's properly define the problem. History and experience tell me it's not a post-truth era: Facts have always been hard to separate from falsehoods, and political partisans have always made it harder. It's better to call this a post-trust era.

Business, government, churches and the media have fallen in public esteem. These institutions paid a price for an entire generation of wars, scandals, economic convulsions and cynical politics. We're left with fewer traditional guideposts for whom to believe. The spread of fake news from fraudulent sources is only a symptom: The larger problem is that many Americans doubt what governments or authorities tell them, and also dismiss real news from traditional sources.

Hazardous as the post-trust era may be, it shouldn't cause despair. It's all right for Americans to be skeptical of what they read and hear. How could I say otherwise? I'm a journalist. It's my job to question what I hear. While I shouldn't cynically dismiss everything people tell me, I should ask for evidence and avoid buying into bogus narratives. Being a skeptical reporter has made me a more skeptical news consumer.

What we all need, as citizens, is to develop more skill in applying our skepticism. We need to spot false narratives, and also turn aside those who would replace them with pure fiction. Either we get this right or we cease to be free citizens.

Propagandists obviously have fun (and profit from) trying to con us, the public. Why not have fun smoking them out? You can apply this advice not only in hunting for totally fake stories, but also in testing out the stories on more or less fact-based websites or traditional TV and newspapers. (Even NPR.)

In general, traditional news organizations are more reliable because their business model is to paint the clearest picture of the world that they can manage. But in the post-trust era, we know that any news source can steer you wrong at times, and they're likely all jumbled together in your news feed anyway.

So here's a finder's guide for facts:

First, take a moment. If you have time to scroll Facebook or watch the news, you probably have a moment to decide if a news story seems credible. Ask some quick questions:

Is the story so outrageous you can't believe it? Maybe you shouldn't. Respect the voice inside you that says, "What?"

Is the story so outrageous you do believe it? That's also a warning sign. Many stories play on your existing beliefs. If the story perfectly confirms your worst suspicions, look for more information.

Does the headline match the article? Many compelling headlines don't.

Does the article match the news story it's lifted from? Many sites rewrite other news articles to fit the political slant of their presumed audience. Look for links to original sources and click through and see what the original says.

Are quotes in context? Look for the sentences before and after the quote that makes your blood boil. If the article fails to give them, that's a warning sign.

Is the story set in the future? It's hard to get firsthand reporting from there. Any story that tells you what will happen should be marked down 50 percent for this reason alone.

Does the story attack a generic enemy? Vague denunciations of "Washington" or "the media" or "Trump supporters" or "the left" should be marked down 99 percent. Good reporting doesn't make these kinds of generalizations and is specific about who is making a claim about what.

Are you asked to rely on one killer factoid? Not a good idea. If a hacked document "proves" an implausible conspiracy, look for the context that shows what the document really means. As for photos and video, use Ronald Reagan's old slogan: trust but verify. If there's any doubt about a "stunning" video, see if more traditional sources link to it. They love video clicks as much as anyone. If they refrain, there may be good reason.

Who is the news source, anyway? Traditional news brands may occasionally get it wrong — sometimes hugely wrong — but at least you know where to find them and hold them accountable. Less prominent news sites might carry compelling stories — but expect them to show you who they are and where they gathered information.

Does the news source appear to employ editors? Many news organizations produce stories that are checked before publication. Others don't. It's a big deal. Hiring an editorial staff shows the publication's respect for you, and matters more than "political bias." The New York Times and the Wall Street Journal, for example, have different owners, audiences, stories, perspectives and obsessions. Both have made mistakes and omissions; but both send reporters out into the world and back them up with an editorial process that catches and corrects many errors. This means both can be informative, regardless of your politics or theirs.

Are you told, "Trust me"? Don't. It's the post-trust era! Expect everyone to show where their facts come from, link to underlying articles, and demonstrate that they've argued honestly. Here's a way they may bolster their credibility:

Did the writer engage with anyone who disagrees? Did they call a senator whose legislation bugs them? Did they try to grasp what the president-elect was doing, or merely repeat one of his more outrageous statements? If it's a broadcast interview, was the guest presented with genuine opposing views and challenged to answer? Those who wrestle with opposing arguments do you a service and often improve their own arguments.

These simple questions should take you a long way toward judging the value of a news story. While applying such questions to any given story, you can also take a few more general steps:

Broaden your palate. Make a point to check sites that do not agree with your politics. You may discover stories that are wrong — but you'll know what other people are consuming, which will sharpen your own thinking.

Be open to the idea that some falsehoods are sincerely held. In spite of all the warnings here, some inaccurate news stories grow out of haste or misinformation rather than pure cynicism. (But they're still false.)

If a news source consistently passes the tests in this guide, support it. Gathering reliable information isn't free. Helping to pay for it aligns the news source's interests with yours.

If this guide helps you to find some reliable information, that's great — but remember one more thing: Never stop looking. Learning the truth is not a goal, but a process. As a journalist, I can never express everything in the world in a single day's program. The saving grace is tomorrow's program, when we try to do a little more. It is the same for me as a news consumer: I will always be learning more.