Accessibility links
United's Basic Economy Fare Aims To Compete With Discount Airlines United Airlines will offer extra low fares to passengers willing to board last and carry only one bag that fits under the seat. Critics say this "basic economy" class could worsen flying for everyone. 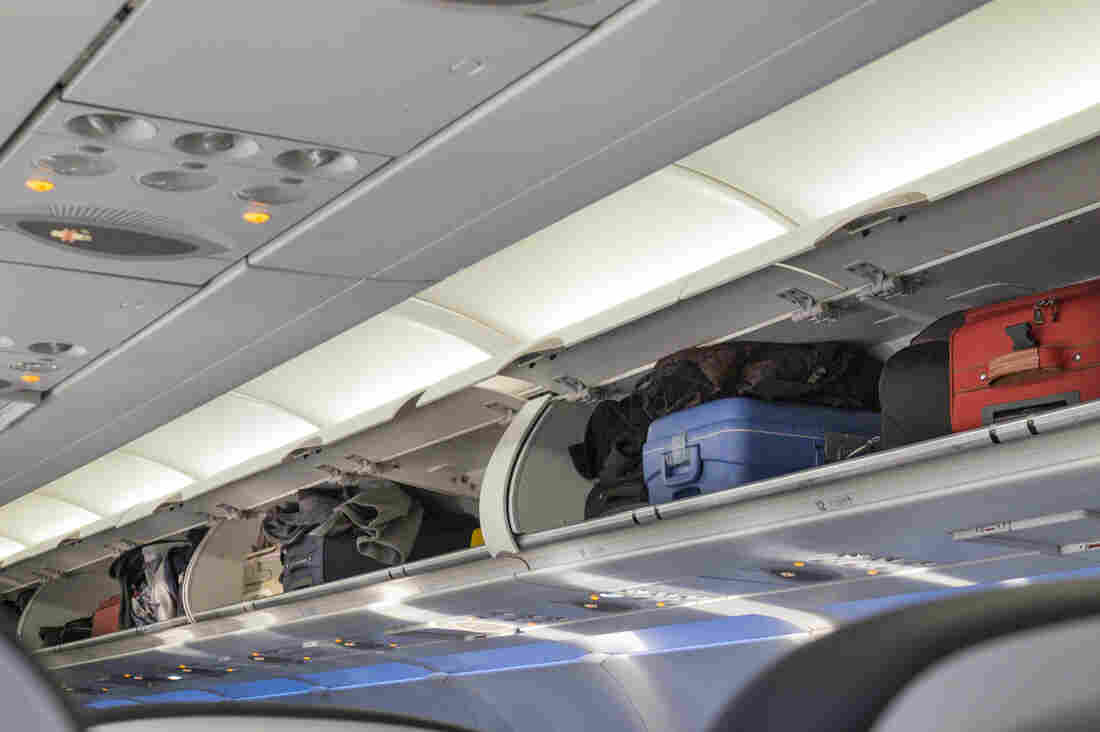 United Airlines will offer cheaper airfares in 2017 but the trade-off will be giving up some of the few remaining perks of air travel, like putting a carry-on suitcase in the overhead bin or getting an assigned seat. Damian Davies/Getty Images hide caption 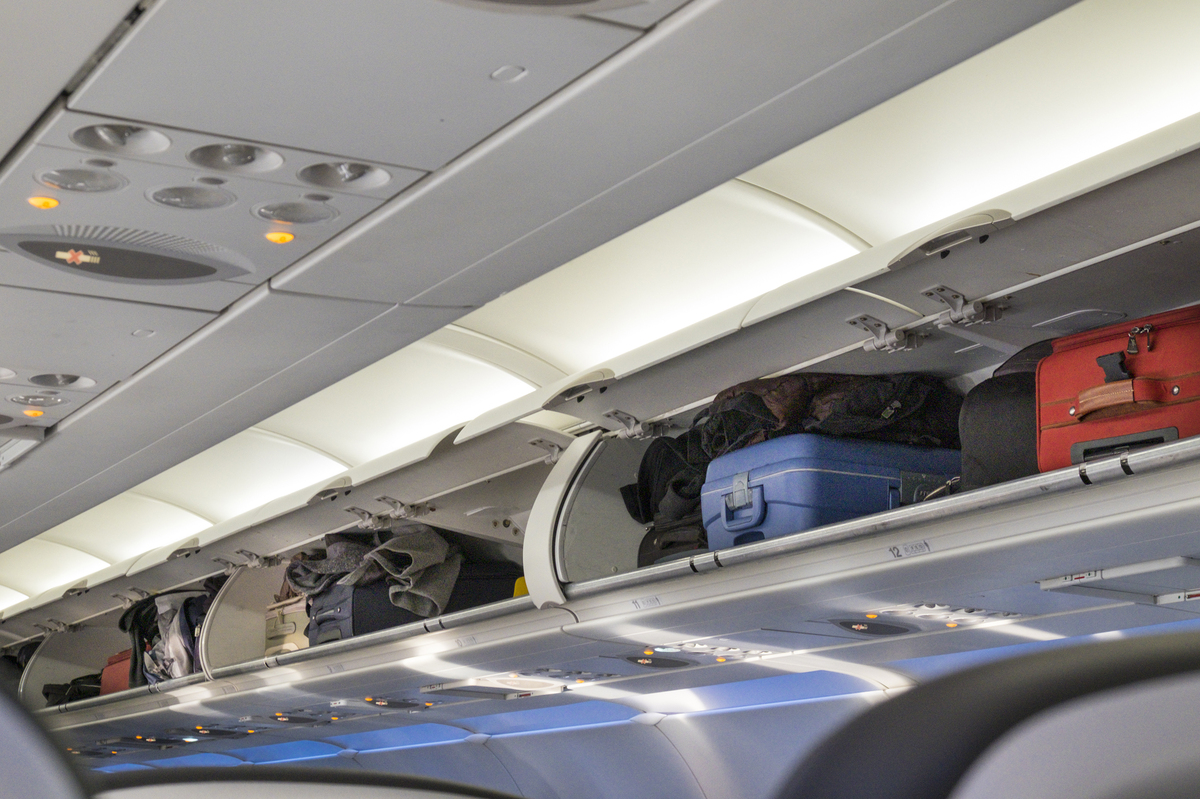 United Airlines will offer cheaper airfares in 2017 but the trade-off will be giving up some of the few remaining perks of air travel, like putting a carry-on suitcase in the overhead bin or getting an assigned seat.

"Basic economy" will be lower priced than regular fares, allowing United to compete head to head with discount airlines such as Spirit, Frontier and Allegiant Air.

But there's a trade-off for passengers who will be giving up some of the few remaining perks of air travel, like putting a carry-on suitcase in the overhead bin or getting an assigned seat.

In a company-distributed video touting his airline's new low-fare tier, United CEO Oscar Munoz says in addition to offering more lavish perks to higher spending business travelers, United needs to "get the basics right for the price-sensitive customer as well."

"We will not only be more flexible when it comes to price," Munoz says in the video, "we'll also be more efficient operationally by forgoing pre-assigned seating, priority boarding, upgrading the option for last-minute changes."

Sounds good, right? But here's the rub: With basic economy, you can't change flights or choose your seat, not even for a fee; there are no refunds, passengers will board last and the overhead bins for luggage will be off limits. Passengers will only be allowed a personal item fitting underneath the seat. Anything bigger will have to be checked for a $25 fee.

It's a no-frills, bare-bones airfare, but that's fine with some travelers.

Traveling with us will be more accessible than ever with Basic Economy. See details on our newest travel option. https://t.co/exj6mCnSHz pic.twitter.com/i1ZKgu3FS5

"I'd say that's attractive to people like me," says Kevin Verre, 27, who recently passed through the United terminal at Chicago's O'Hare airport. "I don't really care too much about the flight. I'm just trying to get from A to B and if it's cheap, that's fine with me."

Verre says he doesn't fly very often and when he does, he just wants the lowest fare.

Christopher Holliday, 49, of Chicago, is a little more skeptical. "Hopefully, it's not just a money-saving tactic but it will allow more people to fly, which I think is important."

But many others, especially frequent fliers, feel differently.

She flies at least once a week and is willing to pay for some amenities, but she worries the trend of airlines nickel and diming for every little thing is getting out of hand.

"The key thing is to have some basics because if people are too crowded and not treated with respect, or if you have to pay to use the bathroom or something, you know, there is a limit [to what customers will tolerate]," Kenyon says.

And she says the carry-on luggage restrictions are especially troubling. "I think many people would have a hard time adjusting to not being able to bring anything of a reasonable size onboard," Kenyon adds. 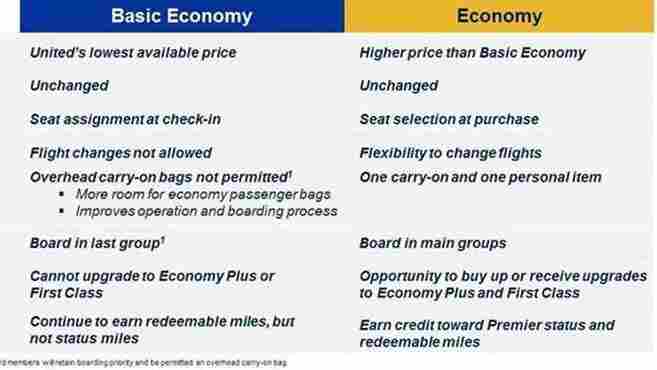 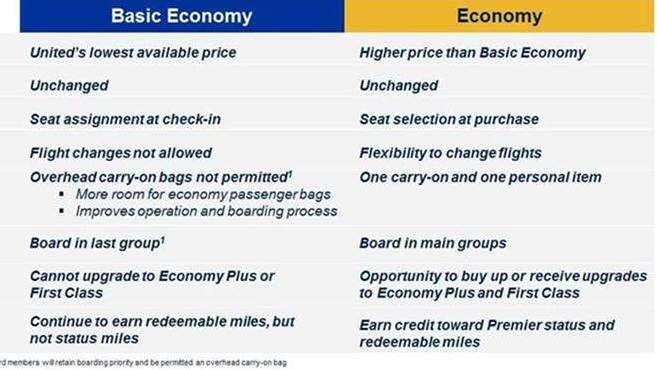 And that is that part of United's new fare structure that really strikes a nerve.

Critics from travel blogs and Twitter to the U.S. Senate say the no-frills basic fare really amounts to charging extra to put luggage in the overhead bin.

"The overhead bin is one of the last sacred conveniences of air travel, and the fact that United Airlines — and potentially others — plan to take that convenience away unless you pay up is really troubling," said Sen. Charles Schumer, D-N.Y., a frequent critic of airline fees, in a press release last week.

"What will airlines charge for next, seat cushions?" asks a travel blog, Booking Buddy. And a radio station in Iowa tweeted, "How long before we have to pay for oxygen?"

A spokesman for United insists the airline is not charging a fee for carry-on bags — adding that basic economy is just one new fare class that will give customers the lowest available price and it's not for everyone. Passengers wanting to put carry-ons in the overhead bin can still do so by purchasing the regular economy fare. What isn't yet known is whether those standard economy fares will now go up because there is a lower fare option. 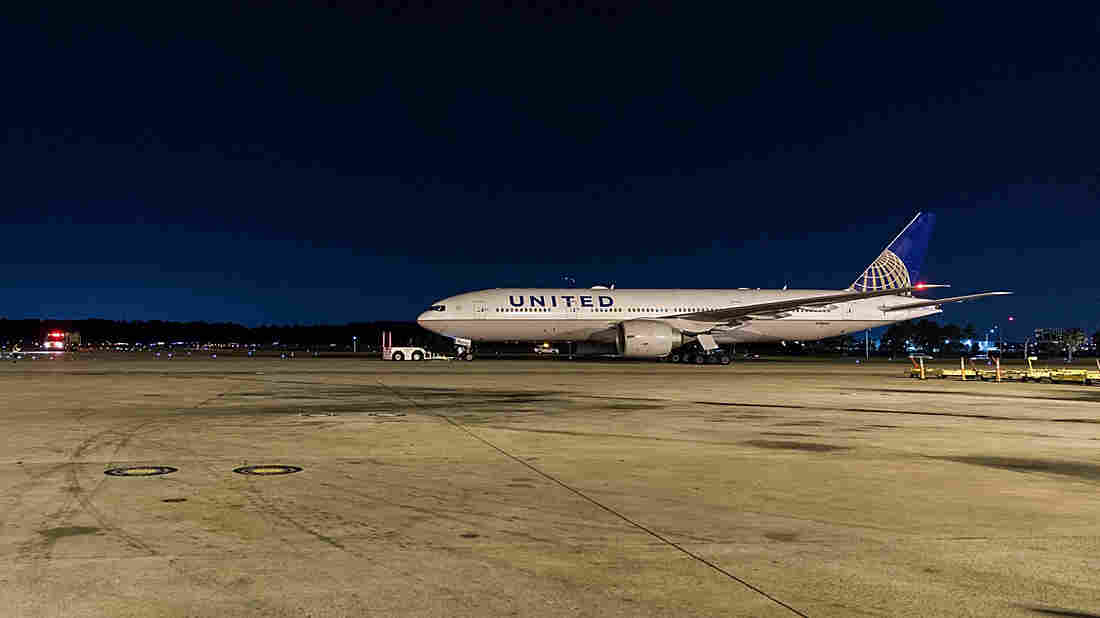 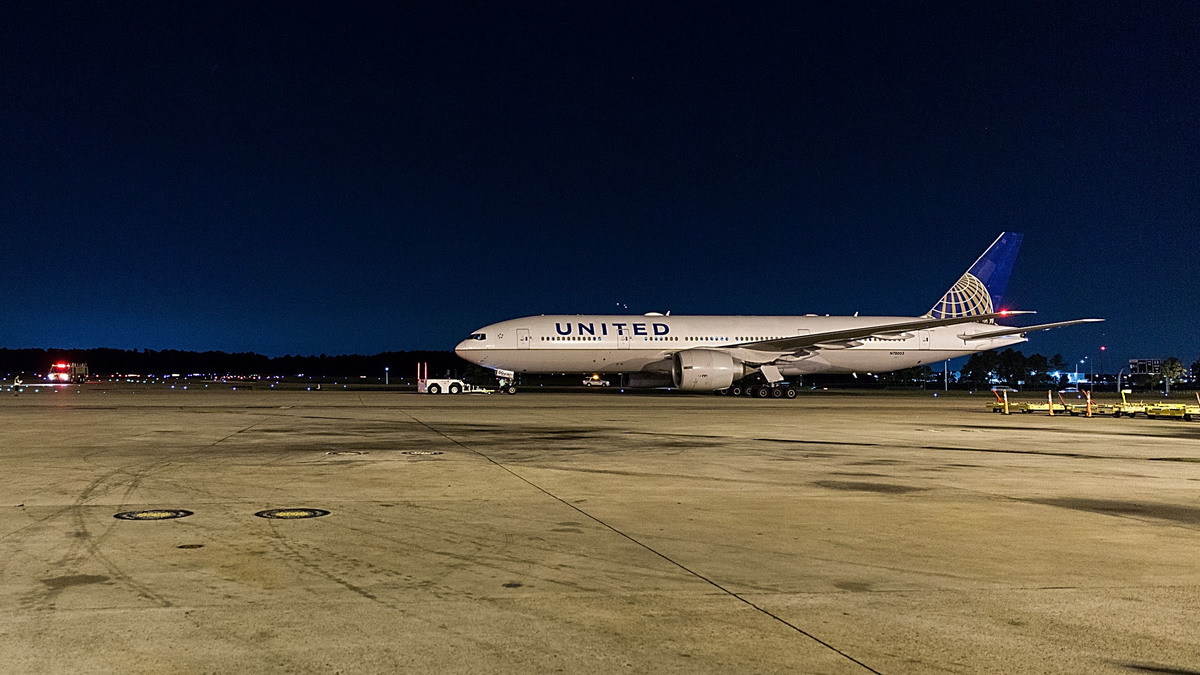 United Airlines in 2017 will offer a new flying option: basic economy. It'll mean giving up some of the few remaining so-called perks of air travel.

The bottom line is that "with the basic economy fare, you get some additional savings but you trade off a lot of control and convenience," says independent travel industry analyst Henry Harteveldt, founder of the Atmosphere Research Group.

"It will never be 1975 again," Harteveldt says. "You should never expect to get steak meals or things like that in coach. I will tell you having worked for airlines where we have tried these different things, customers vote with their wallets, and they have said, 'Where we have the chance to save money we will do so.' "

Delta Air Lines already has its own version of the basic economy fare, but without the carry-on restrictions. American Airlines is expected to add a basic fare next year, too.

That means travelers on a tight budget have some new considerations to think about when booking.

"You have to ask yourself, how much do I really want to rough it on this trip?" says DePaul University transportation professor Joe Schwieterman, who used to work in airline pricing and marketing at United.

The ultra-low-cost carriers, Spirit, Frontier and Allegiant in the U.S. and Ryanair, Norwegian and EasyJet in Europe, "have been coming on like a storm," Schwieterman says. "The big guys [United, Delta and American] are nervous. They know some people out there just want the lowest fare regardless of what the circumstances or the conditions are, and that's who United is taking aim at here."

The key to making it work will be making sure customers know what they are getting so there are no surprises with the lack of amenities, Harteveldt says.

"Managing the customers' expectations, making sure they are aware of the restrictions associated with this fare will be paramount for United," Harteveldt says. "And not just when they buy the fare, but during check-in and other times as well. Otherwise there is a risk for a customer service problem and for this to cause harm to United's brand."