Accessibility links
Mitch McConnell, Differing With Trump, Says He Has 'Highest Confidence' In Intel Agencies The Senate GOP leader said he agrees that Russian involvement in the U.S. election needs to be investigated, said "the Russians are not our friends" and expressed confidence in the CIA. 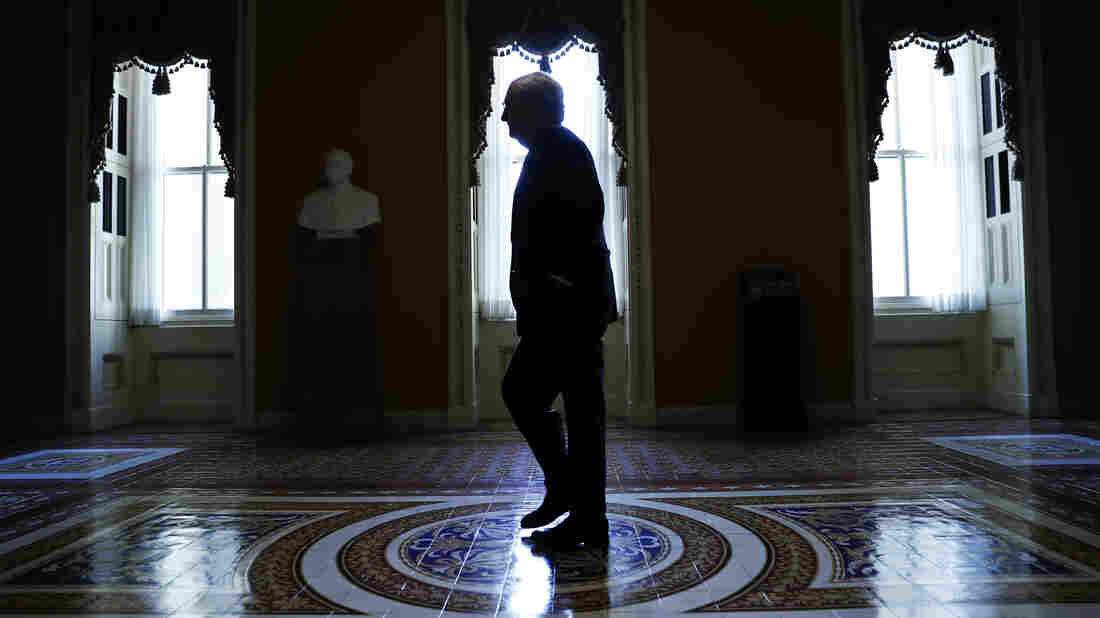 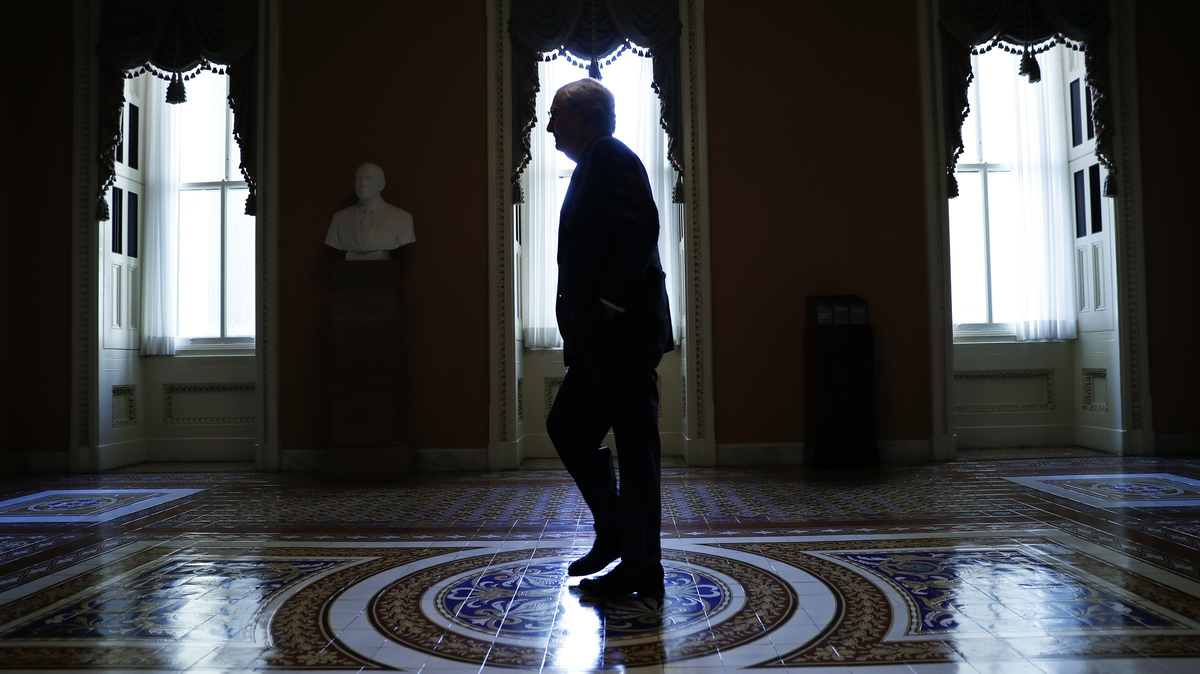 Donald Trump may have run into the first example of how the equal branches of government work — and he's not even president yet.

Senate Republican leader Mitch McConnell, the man who controls the agenda in the upper chamber, differed with Trump in a Monday morning press conference, saying he believes Russian involvement in the U.S. election needs to be investigated.

He added, "I have the highest confidence in the intelligence community, and especially the Central Intelligence Agency."

President-elect Trump has dismissed a CIA report that Russians not only were responsible for hacking during the election but also were trying to sway the electorate with those releases to install Trump as president.

In a remarkable two-sentence statement Friday, the Trump transition team undercut U.S. intelligence, harking back to Iraq — without addressing the merits of the evidence:

"These are the same people that said Saddam Hussein had weapons of mass destruction. The election ended a long time ago in one of the biggest Electoral College victories in history. It's now time to move on and 'Make America Great Again.' "

The Democratic National Committee was hacked during the election, as was Clinton campaign chairman John Podesta. Those emails were then posted to WikiLeaks. Trump was told by intelligence briefers before the election that Russian actors were responsible.

Trump repeatedly refused to accept that. And he now says he does not and will not accept the traditionally daily intelligence briefings, calling them "repetitive." He said Vice President-elect Mike Pence will take the briefing instead.

McConnell seemed to condemn the leak of the CIA assessment, however. He noted that the director of national intelligence released a statement before the election saying that the Russian government directed recent email compromises in the U.S. political system.

He noted that statement was the unclassified assessment that was appropriate for public disclosure.

"Anything else is irresponsible, likely illegal, and potentially for partisan gain," McConnell said, adding, "This simply cannot be a partisan issue."

He continued, noting that the Senate Intelligence Committee "is more than capable of conducting a complete review of this matter."

McConnell expressed the expectation that when the Obama administration completes its review, the director of National Intelligence will provide "additional information released to the public in a responsible manner."

"The reason we need some hearings and investigation," McConnell said, "is to determine whether there was an intent to affect the free and fair elections of the United States upon which our democracy depends."

McCain spoke to NPR Monday afternoon. "I don't know yet that there was any intention on the part of the Russians to affect our election," McCain told NPR's Steve Inskeep. "I do know and we all know that they were able to obtain information, particularly amongst the Democrat operatives, which were bound to be not helpful to the Clinton election campaign."

House Speaker Paul Ryan weighed in with a statement on Monday afternoon. "We must condemn and push back forcefully against any state-sponsored cyberattacks on our democratic process," Ryan said. He also expressed confidence in the House Intelligence Committee to continue its work on cyberthreats. That committee is led by California Rep. Devin Nunes, a strong Trump backer who has also expressed alarm about Russian hacking.

Ryan also tried to tamp down partisan interpretations of cyberattacks. "As we work to protect our democracy from foreign influence, we should not cast doubt on the clear and decisive outcome of this election," his statement read.

At McConnell's news conference, he was also asked about Trump's Cabinet picks and whether he thinks they will pass muster with the senators. The Senate majority leader said he thinks they are mostly very well-qualified and will pass, but he would not comment specifically on the possible nomination of Exxon-Mobil Chairman and CEO Rex Tillerson as secretary of state. McConnell noted only that he had given his view on Russia.

"Let me speak for myself: The Russians are not our friends," McConnell said.

Tillerson was awarded the Russian "Order of Friendship" in 2013 by Russian President Vladimir Putin.