Accessibility links
Donald Trump Says He Doesn't Need Intelligence Briefings. So What Are They Exactly? President-elect Trump doesn't like the daily intelligence briefings. He's passing them off to the vice president-elect, but they have a long history and presidents have found them invaluable. 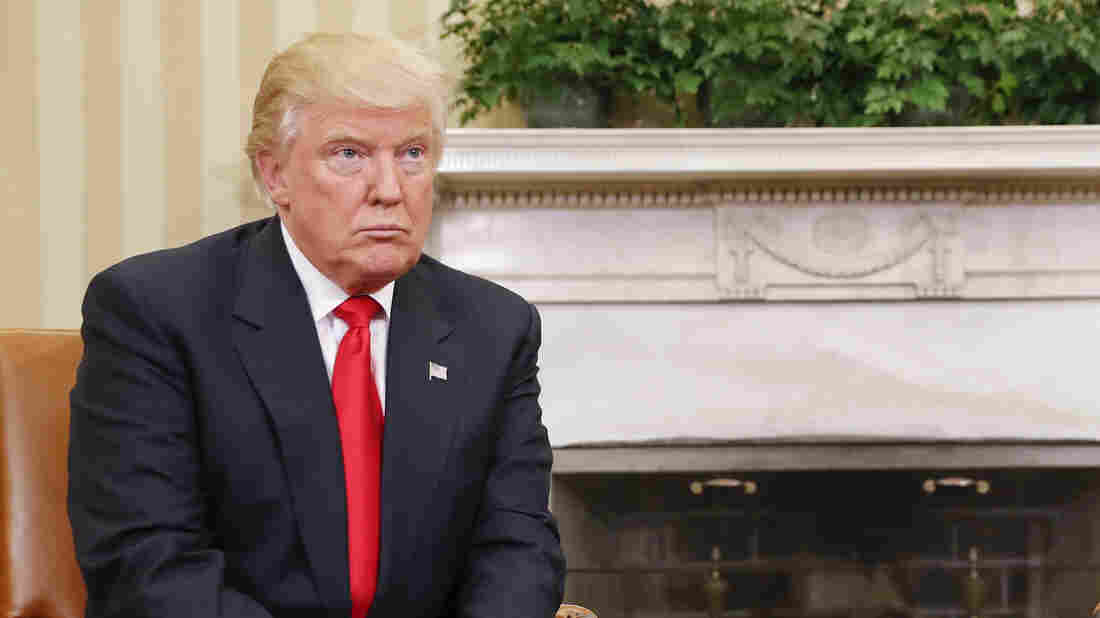 President-elect Trump met in the Oval Office with President Obama last month. Trump would get daily intelligence briefings there, but he has expressed skepticism about their worth. Pablo Martinez Monsivais/AP hide caption 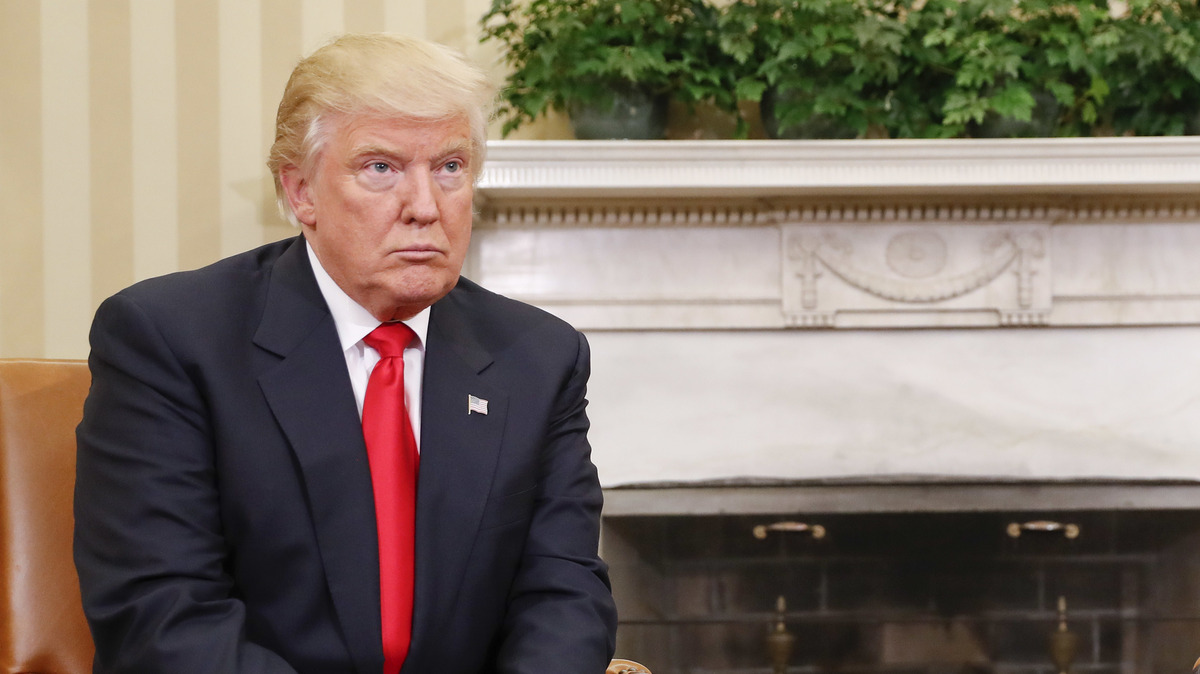 President-elect Trump met in the Oval Office with President Obama last month. Trump would get daily intelligence briefings there, but he has expressed skepticism about their worth.

For more than 50 years, it's been a tradition at the White House — a concise daily intelligence briefing, presented to the president and a small group of top officials.

It is also tradition for the winner of the presidential election to start receiving the same briefing during his transition, as a way to start preparing for the world he will face once he moves into the Oval Office.

Under Trump, Whither The Daily Intelligence Briefing?

Under Trump, Whither The Daily Intelligence Briefing?

But Donald Trump, who defied all conventions of campaigning for the White House, is doing the same when it comes to the President's Daily Brief.

Is Hillary Clinton Trying To Question The Legitimacy Of Donald Trump Winning?

Most days he has declined to receive the briefing, making it more of a weekly occurrence than a daily one.

That was Trump's answer to a question posed by Chris Wallace on Fox News Sunday. He then added, "First of all, these are very good people that are giving me the briefings. If something should change from this point, immediately call me. I'm available on one minute's notice."

It does raise questions of just how Trump views the CIA and other intelligence agencies. He questioned the competence of and quality of the nation's intelligence gathering operations during the campaign and again this past week when he rejected reports that the CIA has determined Russia tried to disrupt and influence the 2016 vote in hopes of a Trump victory.

The president's daily brief is the most tightly controlled daily document in the world."

David Priess, a former CIA analyst, briefer during the Bush White House and author of "The President's Book of Secrets"

On Fox News, Trump didn't address that question specifically, instead getting back to his reasons for not getting the daily intelligence briefing, known to the president and White House staff as the PDB.

President Obama warned Trump against dismissing briefings from intelligence professionals in an interview Monday evening on Comedy Central's The Daily Show. "If you're not getting their perspective — their detailed perspective — then you are flying blind," Obama said.

Some background on the President's Daily Brief

It has its origins in the early days of John F. Kennedy's presidency.

The early 1960s were tense times for the country, and especially for those working in espionage on behalf of the U.S.

The Central Intelligence Agency felt it needed a more orderly way to keep the president updated on potential crises and hot spots around the globe.

He describes it as "very short, very punchy, small enough that it could be folded and put into his suit pocket."

JFK, Priess said, could easily check it and refer to it throughout the day.

"The most tightly controlled daily document in the world"

Priess, who was a briefer in the Bush administration starting in 2002, said it's hard to overstate the gravity assigned to the PDB.

"The president's daily brief is the most tightly controlled daily document in the world," he said.

The president determines who gets to see it. During the Nixon administration, it was often limited to just two people — the president himself and his national security adviser, Henry Kissinger.

Others, like George W. Bush, had it shared with top national-security staff, the attorney general, secretary of state, FBI director, his chief of staff and some others.

The circle is a bit wider under President Obama, but it remains a very exclusive group.

U.S. intelligence veteran Barry Pavel, who served the past two administrations, said different presidents have different preferences when it comes to the briefing.

Some presidents, like George W. and George H.W. Bush, wanted the daily briefing in person, so they could ask questions on the spot. Most others, including Obama, prefer it in briefing-book form, and any questions are relayed to the appropriate agencies and experts at the CIA or elsewhere.

"A critical start to their day"

Pavel said that over the decades, presidents have often considered it "a critical start to their day, where they have this exchange on these critical issues."

He added that it "gets them thinking about what's going to happen that day, that month or that year."

Which brings us back to Donald Trump.

Pavel said his first reaction when he heard the president-elect cite the repetitive nature of the briefing as a reason to skip it was that that can be addressed.

There may need to be a new briefer — or a new approach, someone who can find a way to present the information to Trump in a way that works for this "customer," as the intelligence community refers to the recipient of such a briefing.

Pavel added that Trump's staff and advisers need to help out in that regard.

"Everyone has a different style," Pavel said, suggesting that Trump's current belief that he doesn't need the briefing every day might change in the White House.

"I would be interested to see how that posture evolves over time, because once you're in that chair and in the office, I would expect that tempo to increase significantly."

But Pavel also stressed the importance of these regular sessions with intelligence briefers during the presidential transition period. It's a way, he noted, to begin to get up to speed on the state of the world — and it's equally important to begin to establish a good relationship and rapport with intelligence officials.