Accessibility links
Florida's Death Row In Limbo One Year After Supreme Court Requires Unanimous Jury Verdict After a U.S. Supreme Court ruling nearly a year ago, death penalty cases in Florida now require a unanimous jury verdict. It's not clear how that change will apply to existing convictions. 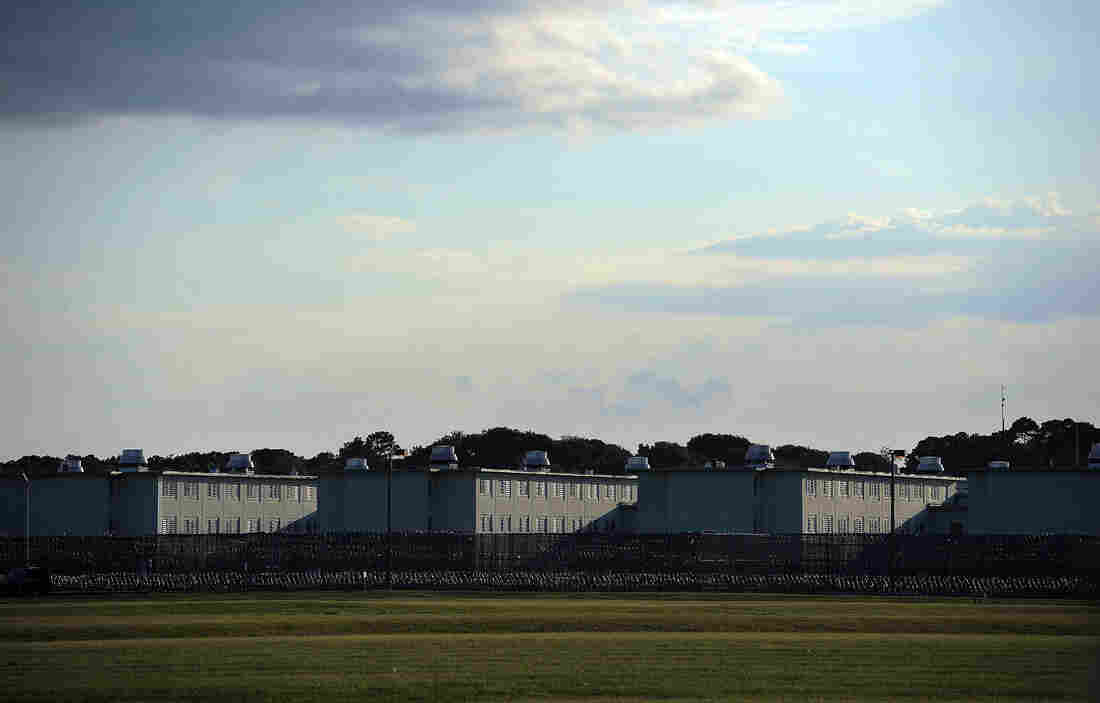 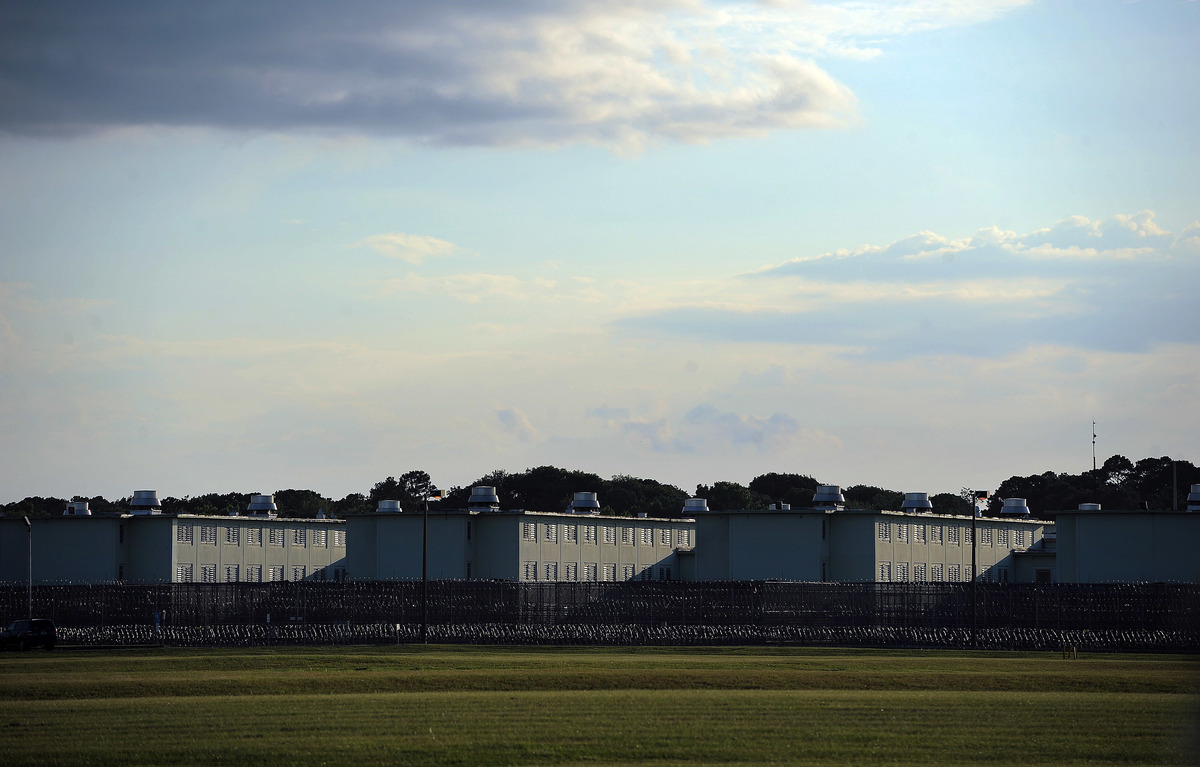 The Florida State Prison, pictured in June 2014, in Raiford, Fla.

The number of men and women currently waiting on Florida's death row is 384. Nearly all of them live just outside a town called Raiford, Fla.

But those men and women — the second largest death row population in the country — remain in limbo nearly a year after the U.S. Supreme Court ruled that death penalties require a unanimous jury verdict. What's in question is how that ruling will apply to existing convictions.

Two sets of tall chain link fences with coils of razor wire on the top surround Florida State Prison's whitewashed buildings. Ronald Clark is one of the inmates behind those fences.

"That's me at 21 years old," Clark says, looking at a picture of his younger self.

Clark is 48 now — serving a life sentence for one murder and facing the death penalty for another. But the Supreme Court's Hurst v. Florida decision has given him a glimmer of hope.

"Because the jury was not the sentencer — the judge was, which Hurst was found to be unconstitutional, because they say that the jury needs to be the sentencer, not the judge," Clark says.

In the wake of the Supreme Court decision, those on Florida's death row are wondering what it means for them. When the case came back before Florida's high court, it took the further step of demanding unanimous jury sentences. That ruling brings Florida in line with every death penalty state except Alabama. But now Florida Attorney General Pam Bondi plans to appeal to limit the scope of the state court's decision.

Even if her appeal fails, it's not clear how many people on Florida's death row will get the opportunity to change their death sentence to life in prison. So far, a few inmates are getting new hearings. But only for non-unanimous sentences, and only cases in their first round of appeals. Marty McClain is an attorney representing death row inmates, and he believes if the ruling doesn't apply broadly, the case is on its way back to the Supreme Court.

"You cannot have death sentences dependent upon arbitrary factors, and so that's my argument: that if you don't apply it retroactive to everybody, and you just allow certain people to get it, that becomes arbitrary within the meaning of the Eighth Amendment," McClain says, referencing the constitutional protection covering cruel and unusual punishment.

Clark's case is tricky. His death sentence came from an 11-1 jury recommendation, but he has exhausted the usual round of state appeals.

It's unclear how many Florida inmates are on death row without unanimous sentences. But The Villages Daily Sun newspaper found it was almost three-quarters of the state's death row population. Florida hasn't put anyone to death since January, and until the courts decide what happens for inmates like Clark, executions aren't likely to resume.