Accessibility links
Government Ethics Office Says Trump Should Divest Himself Of His Businesses Turning over Trump's business empire to his grown children to run wouldn't resolve the conflicts of his interest his presidency faces, U.S. officials say. 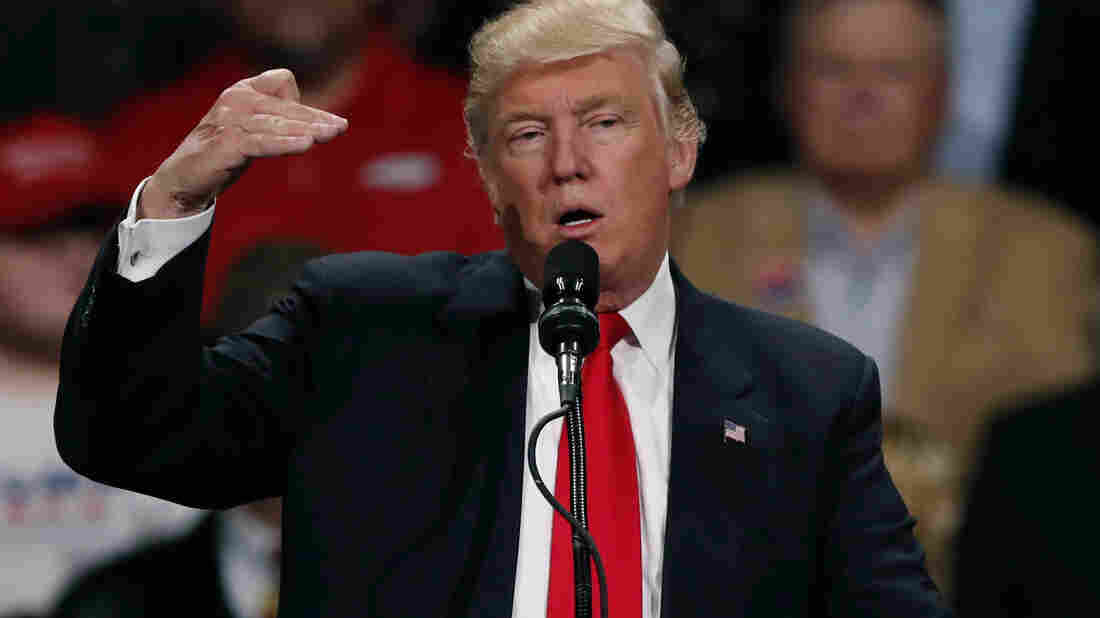 President-elect Donald Trump, shown here at a rally in Iowa last week, cancelled a press conference where he was supposed to reveal how he will deal with conflicts of interest. Charlie Neibergall/AP hide caption 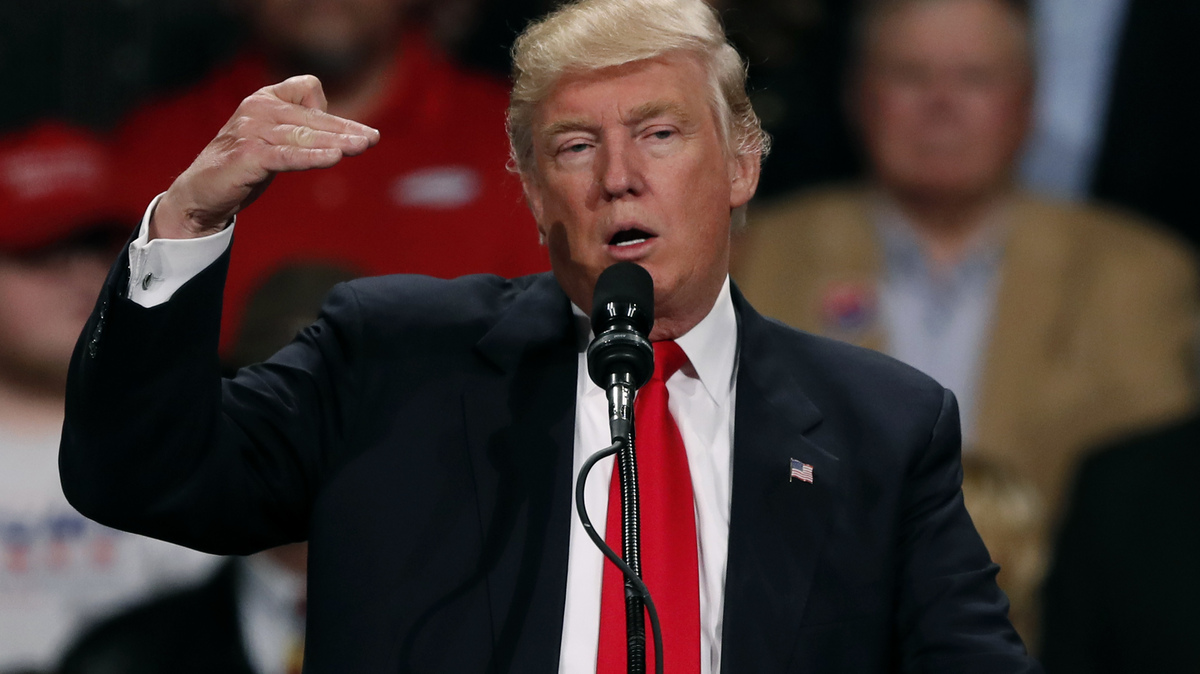 President-elect Donald Trump, shown here at a rally in Iowa last week, cancelled a press conference where he was supposed to reveal how he will deal with conflicts of interest.

President-elect Donald Trump should divest himself of his vast business interests in order to avoid conflicts of interest while in the White House, according to a letter from the U.S. Office of Government Ethics.

Moreover, transferring ownership of his businesses to his grown children wouldn't go far enough to address the conflicts, the letter said.

"Transferring operational control of a company to one's children would not constitute the establishment of a qualified blind trust, nor would it eliminate conflicts of interest" under federal statutes governing conflicts of interest, said the letter, written by OGE Director Walter M. Shaub, Jr.

The letter was written in response to questions from Democratic Sen. Tom Carper of Delaware, ranking member of the Senate Homeland Security and Governmental Affairs Committee, who wrote:

"The full extent of his financial interests remains unclear, in part because he was the first presidential candidate in modern history to decline to release his tax returns to the American public. These unique circumstances raise important questions about how the Administration of President-elect Trump will avoid conflicts of interest and ensure integrity of executive branch programs and operation."

With his vast network of licensing deals, golf courses and commercial real estate, Trump and his family stand to profit from his presidency to an unprecedented degree. Virtually any decision Trump makes could affect part of his domestic or international business empire.

A federal statute bars executive branch employees, including cabinet officials, from participating in any decision that would affect their financial interests or those of their family and business partners.

Shaub noted that the statute does not apply to the president and vice president, as Trump himself has pointed out.

"Nevertheless, it has been the consistent policy of the executive branch that a President should conduct himself 'as if' he were bound by this financial conflict of interest law," Shaub wrote. He added:

"Given the unique circumstances of the Presidency, OGE's view is that a President should comply with this law by divesting conflicting assets, establishing a qualified blind trust, or both."

Shaub noted that his office has no power to force Trump to divest, but said "every President in modern times has adopted OGE's recommended
approach."

Trump was supposed to hold a press conference this Thursday promising to explain how he would address the conflicts, but cancelled it this week. Instead he said an announcement would come on the subject in January.

During the campaign, Trump said he would turn over business operations to three of his grown children and promised to have nothing to do with his companies. He repeated that promise this weekend.

But lawyers who specialize in government ethics say that wouldn't begin to resolve the conflicts Trump's presidency poses.

The OGE has already made its voice heard on the issue of Trump's businesses. It released an unusual series of tweets earlier this month encouraging Trump to divest.

Here is the full letter written in response to Carper: