Accessibility links
Trump's Pick For Secretary Of Commerce Might Be the Best Cabinet Picks Democrats Can Hope For He's a billionaire respected by organized labor and Trump's pick for secretary of commerce. But Wilbur Ross Jr. still has left-wing critics who see him as a vulture capitalist. 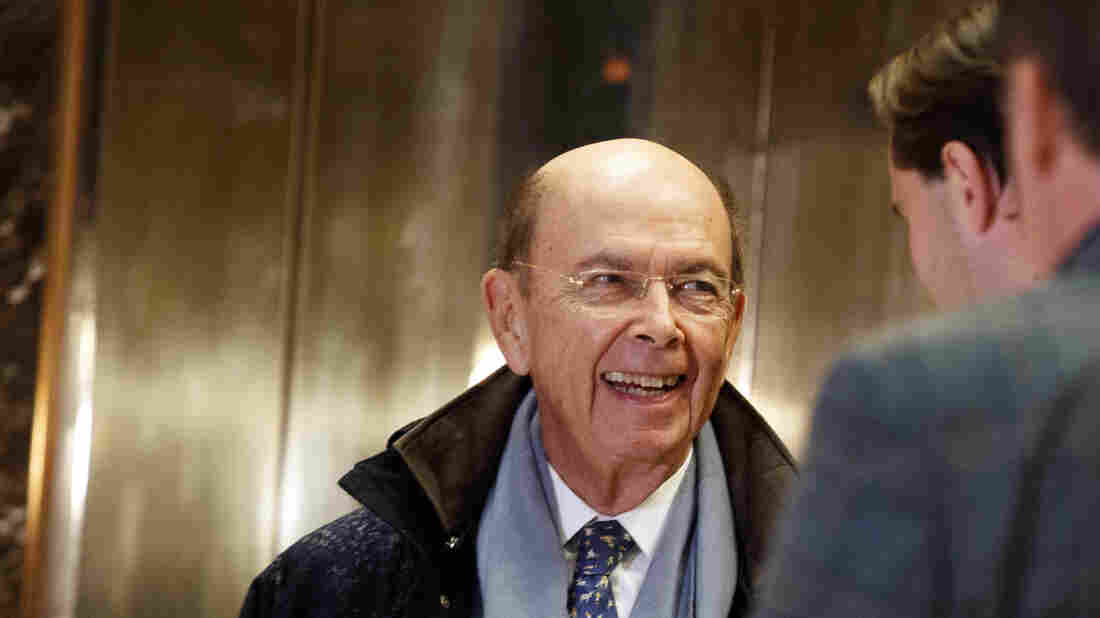 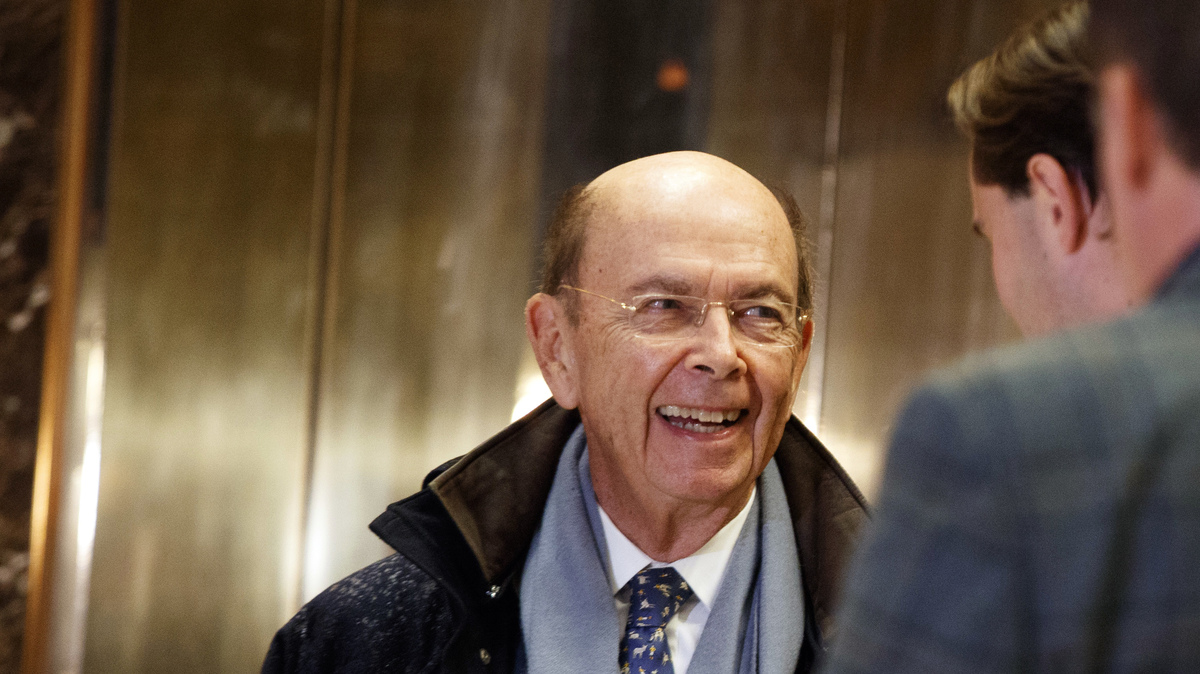 Billionaire Wilbur Ross Jr. is one of the wealthiest members of what's being called Donald Trump's "gilded cabinet." The parade of Wall Street and corporate elites is drawing sharp criticism from many on the left. But actually, Ross, who Trump has chosen as his secretary of commerce, is respected by organized labor. Those close to him say he is not a right-wing ideologue, and some who've known him over the years say he's the best possible pick that Democrats could hope for.

But that's not stopping left wing advocacy groups from criticizing Ross. On an online petition to "block Trump's cabinet of hate and Wall Street greed," the group Demand Progress describes Wilbur Ross as a "notorious vulture investor," because Ross has profited from buying up dying companies.

Leo Gerard is international president of the United Steelworkers union and he represented workers after Ross bought up several bankrupt steel mills back in 2002. When NPR asked about Ross' reputation as a vulture capitalist, Gerard said Ross wasn't a vulture at all. Vultures feast on a dying or dead animal. Ross was more like a rescue helicopter swooping down.

"Well look, the relationship we had with him was one where he was open and accessible and candid and honest and he put a lot of money back into the mills," Gerard says. "So literally tens of thousands of jobs were saved."

Starting in the late '90s there was a massive global surplus of steel.

"We ended up with a steel crash in America where 35 to 40 companies went bankrupt," Gerard says.

Gerard is a labor leader. He says he's seen the dark side of Wall Street investors coming in to profit off a steel company's misfortune. He says they raid the pension fund, sell off parts of the company, and all the workers lose their jobs.

"We've had experiences where we've had so called bottom feeders come in and sucked the capital out of [the companies] and left them there to die," he says.

But Gerard says that's not what Wilber Ross did. Gerard says Ross saved the companies. And he even restored some of the retirees healthcare benefits after a bankruptcy court wiped them out, even if the benefits weren't as generous after Ross brought the company out of bankruptcy.

Ross also turned to the blue collar workers for ideas on how to be more efficient, a fact Gerard says he liked about Ross' technique.

Wilbur Ross talked about this approach in an NPR interview in 2008:

"We got an enormous amount of good ideas from the blue collar workers," Ross said. "That fellow who has been standing behind a machine for 10 years, knows it better than the people who built it, really knows what to do."

Ross sold off the companies a few years later under the name International Steel Group for $4.5 billion. Gerard says by that time Ross had restructured the steel mills in a fair, sustainable, and smart way.

"With Wilbur it's been almost 15 years now, and those mills are [still] running and some of them are the most productive in North America," Gerard says.

By that time, ISG had become the largest steel company in America by buying up failing steel companies including Bethlehem Steel, LTV Steel and Acme Steel. Gerard says the jobs Ross saved were at the mills themselves and at the companies in supply chain.

Given this good relationship with the Steelworkers union, and that Ross is a former Democrat who was involved with the Clinton administration (before backing Romney and later Trump for president,) you might think democrats and liberals would be OK with Ross as Commerce Secretary. But he's still being lumped in with what critics describe as a cabal of wealthy elites getting ready to take over America.

He says the steel industry aside, when Ross bought textile companies, he did exactly what Donald Trump criticized during the campaign — he killed jobs in the U.S.

"He was very willing to ship American textile jobs from U.S. factories over to China and over to Mexico," says Walters.

Still, Ross also kept textile jobs in the U.S. And even some in the labor movement don't vilify him for owning factories overseas. Scott Paul is a democrat and the President of the non-partisan Alliance for American Manufacturing. It's a union-business partnership that promotes American-made products.

"Wilbur Ross, he reminds me of a trauma surgeon, in a way, who's dealing with a patient who's in crisis," says Paul. "There may be some unpleasantness associated with it. You might lose a limb, but he's gonna save your life."

And he said the workers whose jobs he saved have a strong appreciation for that.

One former employee of Ross's who spoke to NPR says Ross is the opposite of the flamboyant Donald Trump. He remembers picking the billionaire up at the airport for the first time. He expected a private jet and an entourage. But he says Ross flew commercial, without any assistants, and got off dragging an easel and some charts for a presentation he was about to make in Congress about the auto bailout.

This time, when Ross comes to Washington, these labor leaders say they hope he's the same guy they came to know who understood how to balance profits with the interests of working class Americans.