Accessibility links
Agency Pushes Back On Claim That Trump Would Breach Hotel Lease Once He Takes Office The GSA says it cannot determine until Trump takes office whether he will be in conflict of his lease if he does not divest from his business interests with his new D.C. hotel. 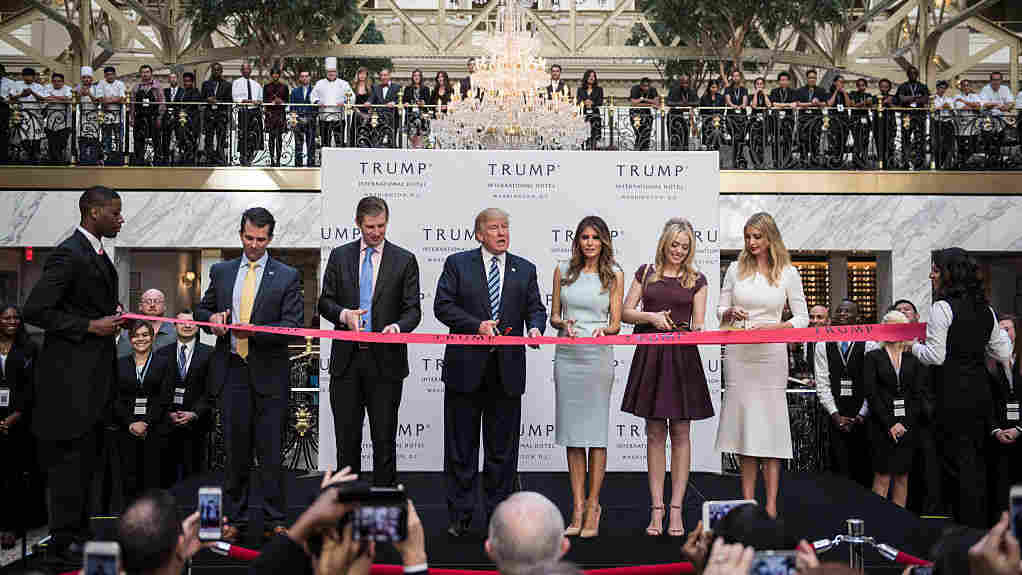 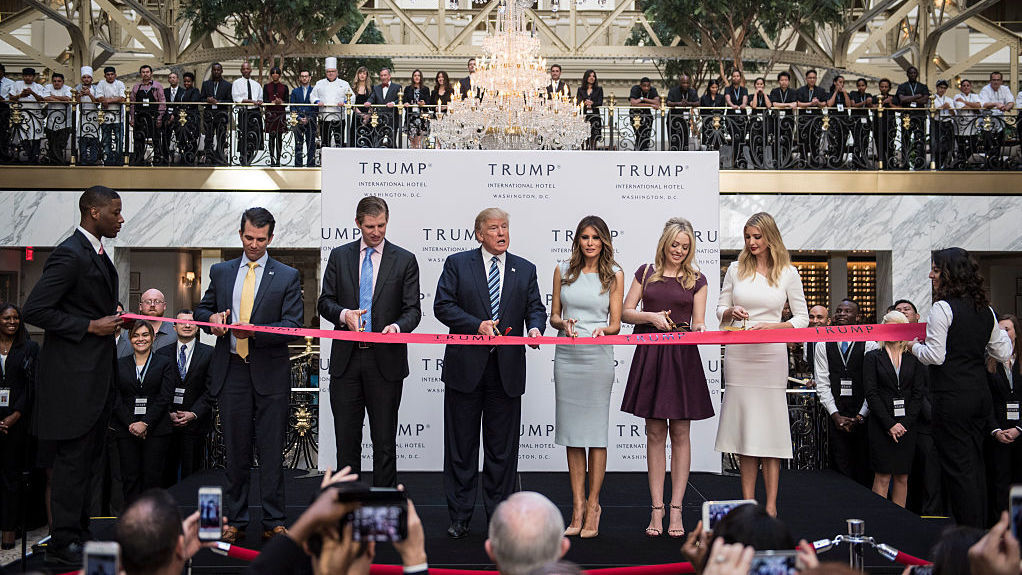 President-elect Donald Trump officially opened up his latest hotel in the Old Post Office Building in Washington, D.C., in October.

The General Services Administration is pushing back against House Democrats' contention that President-elect Donald Trump would be breaching his lease on his latest hotel in the Old Post Office Building once he takes the oath of office on Jan. 20.

"GSA does not have a position that the lease provision requires the President-elect to divest of his financial interests. We can make no definitive statement at this time about what would constitute a breach of the agreement, and to do so now would be premature," the government agency said in a statement.

"In fact, no determination regarding the Old Post Office can be completed until the full circumstances surrounding the President-elect's business arrangements have been finalized and he has assumed office," the statement continued. "GSA is committed to responsibly administering all of the leases to which it is a party."

Four House Democrats on the Oversight Committee said in a letter Wednesday that the deputy commissioner of the GSA had told them that Trump would be in breach of his lease with the government for the new Trump International Hotel in D.C. That contract has a clause that specifies that no elected government official can be party to the lease.

"The Deputy Commissioner made clear that Mr. Trump must divest himself not only of managerial control, but of all ownership as well," Reps. Elijah Cummings, D-Md.; Peter DeFazio, D-Ore.; Gerry Connolly, D-Va.; and Andre Carson, D-Ind., wrote in the letter.

The GSA, however, says it cannot determine whether occupying the Oval Office and being a part of the lease would constitute a breach until Trump officially takes office.

But Cummings, the ranking member of the Oversight Committee, says, "We understand GSA's position that this breach has not yet occurred, will not occur until Donald Trump is sworn in as president, and is officially viewed as a 'hypothetical' issue until that time. We also share GSA's hope that the agency will not have to address this issue if President-elect Trump divests his ownership in the lease before then. But the simple fact is that GSA informed our staffs that they interpret this lease provision as prohibiting any elected official from having any ownership interest in the lease, and we stand 100% behind our letter."

The president-elect has yet to outline how he plans to deal with his business interests and the many conflicts of interests arising as he prepares to enter the White House. Trump was slated to hold a news conference on Thursday to address that, but instead on Monday he postponed it until a yet-to-be specified date in January.

Trump suggested Sunday in an interview with Fox News Sunday's Chris Wallace that he will not sell off his businesses to avoid conflicts of interest during his term, instead letting his adult children run them. But given the closeness of some of his children to his transition and eventual administration, there are still questions about conflicts from their involvement as well.

In a letter on Tuesday, the U.S. Office of Government Ethics urged Trump to fully divest from his businesses, arguing that letting his children run the companies wasn't enough.

Trump opened the luxury hotel to great fanfare just days before the election. His ties to the venture have already drawn scrutiny as foreign diplomats have said they might stay there to try to curry favor with the incoming president.