Accessibility links
Flint, Mich. Residents Still Skeptical About Government Notices Saying Water Levels Improving Tests show the water is improving overall, but officials aren't ready to publicly declare the water safe again. And even when they do, many residents say they will have a hard time believing it. 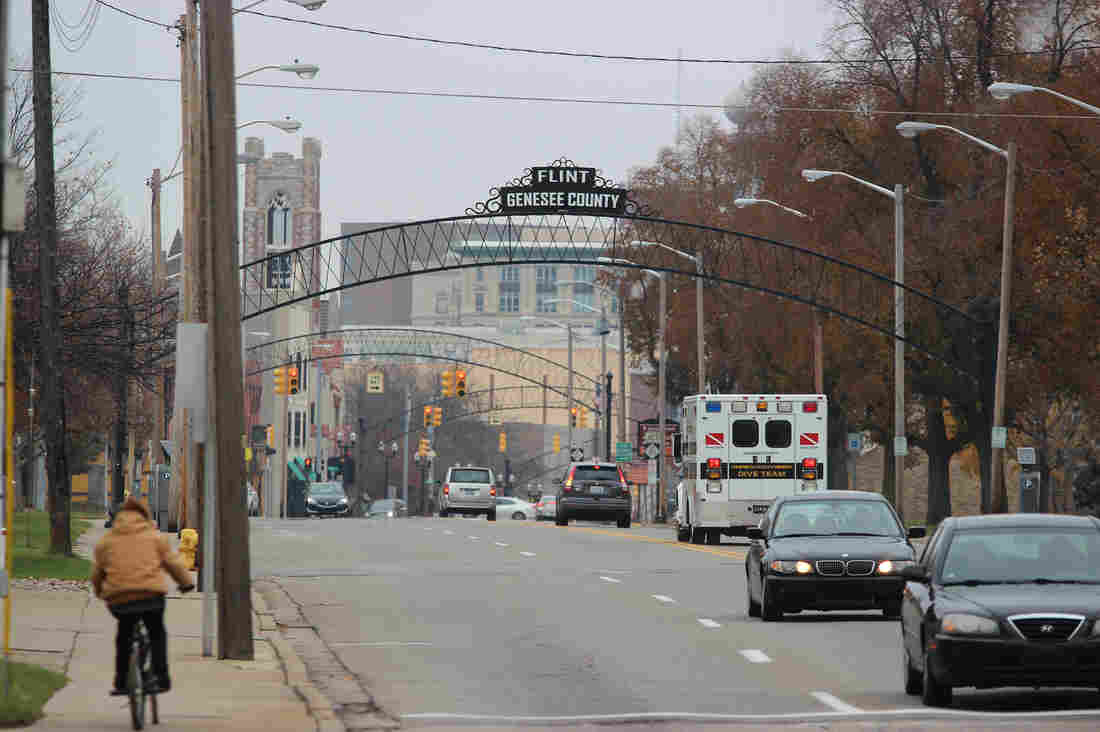 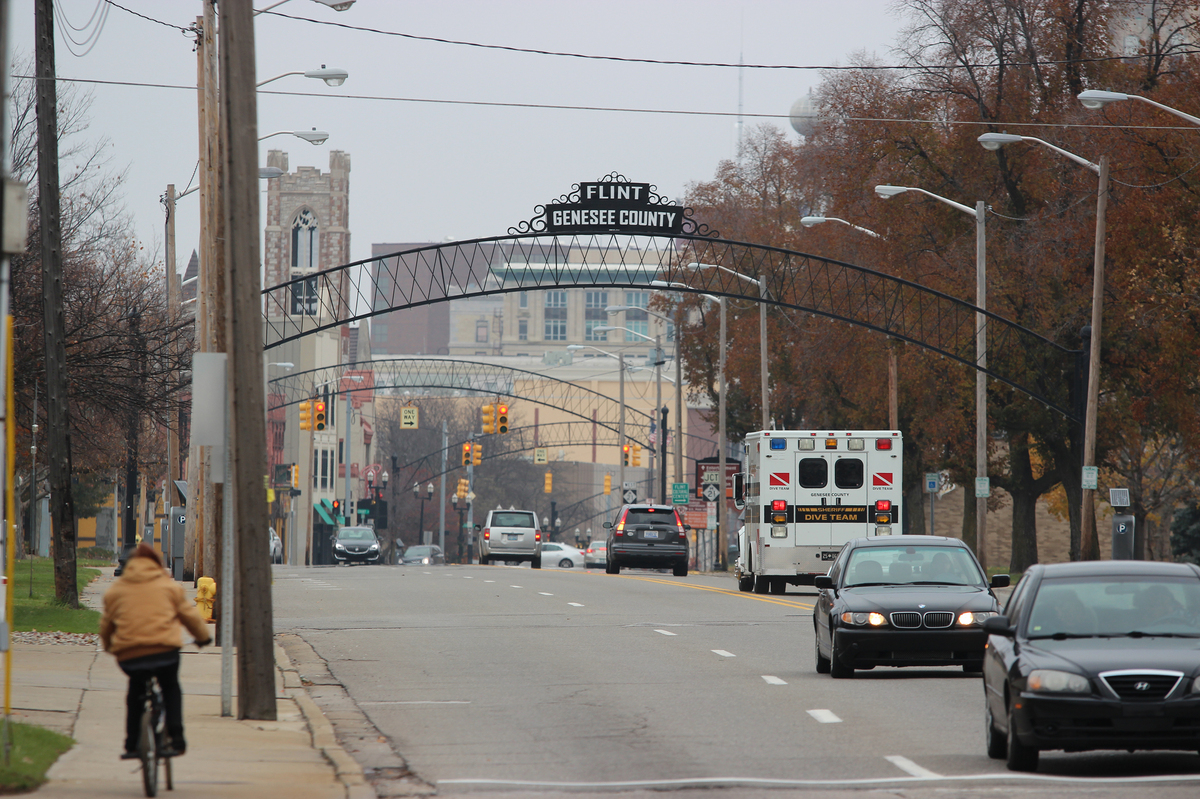 Along Saginaw Street in Flint, Mich.

The water crisis in Flint, Mich., didn't start a year ago. For almost two years, officials told residents the water was fine when it wasn't.

Later the officials told residents to drink filtered water — unless you're a baby or pregnant — in that case drink only bottled water.

Then they said tap water is safe for everybody, as long as you have a filter.

But now lots of people in Flint don't believe anything officials tell them.

Data show that the Flint water system has improved in the year since a state of emergency was declared because of lead-contaminated drinking water.

It's good news for the families who've been relying on faucet filters and bottled water, but they aren't likely to stop using them in the foreseeable future.

Officials may say Flint's water is safe if filtered, but Badon uses bottled water for nearly everything.

There's only three things she uses tap water for — dishes, laundry and to take a really, really quick shower.

"You gotta be in there about 5 minutes or something like that, if not your body be all scaly and you know you'll be itching and scratching," Badon says. "I'm going home to put a perm in my hair in a few minutes cause it's looking rough right? I gotta use bottle water." 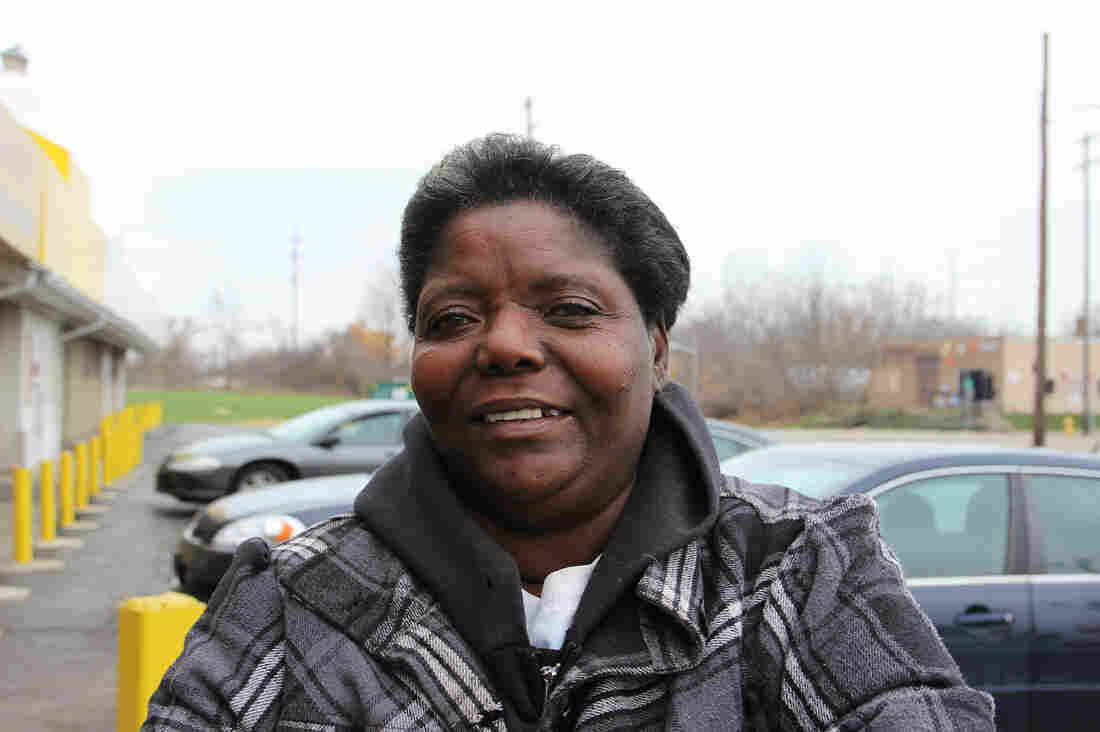 Jennice Badon outside the South End Market in Flint, Mich. She moved to Flint with her parents from Mississippi when she was 6 years old. Mark Brush/Michigan Radio hide caption 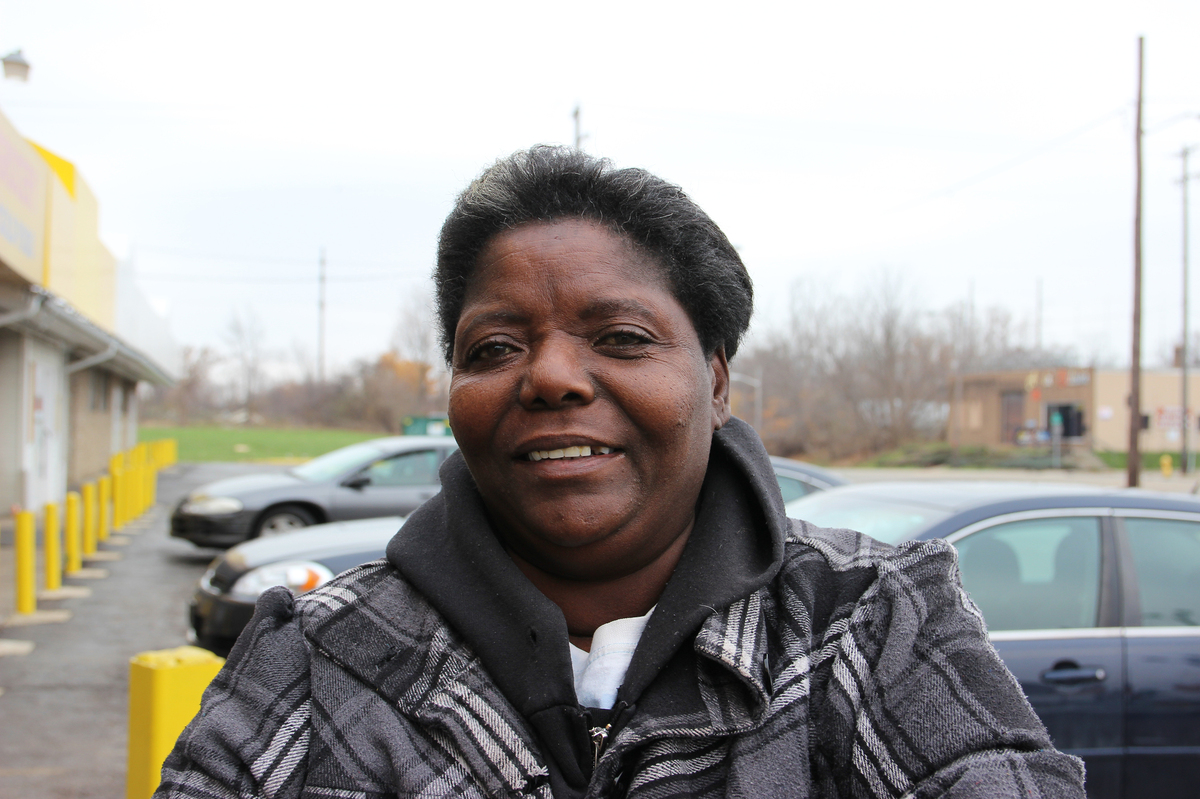 Jennice Badon outside the South End Market in Flint, Mich. She moved to Flint with her parents from Mississippi when she was 6 years old.

Even for perms, it's bottled water. That's how high the mistrust level is.

At some point Badon hopes to be able to use her tap water again.

And that hope and the question of when will the water be normal in Flint again is one that researchers at Virginia Tech have been studying.

In Flint, Mayor Works On Rebuilding Pipes — And Trust In The City

Marc Edwards has become a household name in Flint. He's an environmental engineering professor at Virginia Tech who helped uncover the tainted drinking water. And he's continued to test water at hundreds of homes.

To be completely clear, no level of lead in water is considered safe, but the Environmental Protection Agency sets levels for water systems as a whole. Edwards says his data and a separate set from the state show that technically, Flint's water may already be considered safe to drink by existing regulations. But the those levels are not the only marker of safe water.

"It's very likely in Flint folks will never be told the water is safe as long as those lead pipes are there," Edwards says.

Those pipes are a big contributor to the city's water crisis. They connect people's homes to the water main. And in Flint, there's an estimated 30,000 of them still underground. This year, only 2 percent — or 600 — of these water service lines have been replaced.

"But as long as those lead pipes are there, that's a hazard in front of your house that at any time could cause lead poisoning of yourself and of your family," Edwards says.

The data is starting to show that anyone with a lead service line, even people outside of Flint, are potentially at risk, he says.

Early next month, Edwards will join officials from all levels of government at an EPA summit in Chicago to make an official determination. Even if Flint's water is declared technically safe to drink, officials may still recommend using faucet filters, especially until all the lead service lines are replaced. But that will take years.

Any declaration of the safety of the water will face resistance from some Flint residents who doubt their water will ever be normal again.

Resident turned activist Melissa Mays held a conference call this week, to call into question the data showing the water is improving.

"Everybody is upset. You really, we just really need you to tell the truth and that's we're not better. We're not safe," Mays said. "And I know we may sound crazy and we may sound emotional, but this is our lives."

Mays says testing a small percentage of high risk homes, as outlined in the federal regulations, isn't going to make her feel OK about the city's water.

She won't rest until every single home is tested.

All Flint residents can still get their water tested for free, but only one-third of households have done so.

For now, residents are supposed to rely on filters — though many are spending lots of time retrieving bottles of water for their everyday use.