Accessibility links
Trump Supporter Jack Kingston Was Spotted In Russia Former Rep. Jack Kingston, traveling as a private individual, was briefing businesspeople in Russia — and it's no secret to Russians that he has ties to Trump. 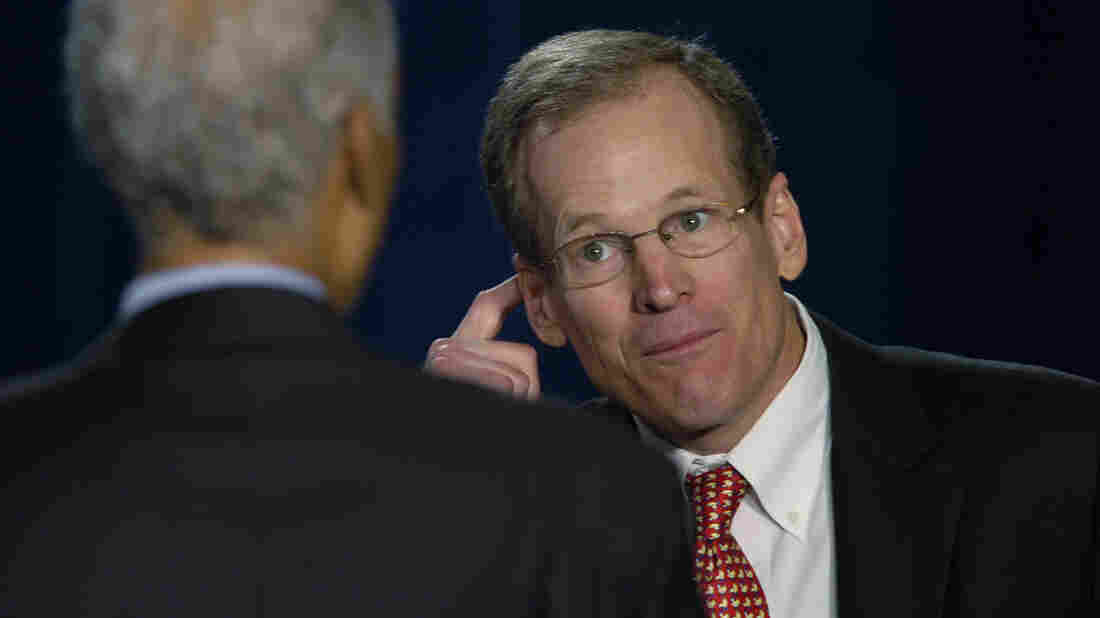 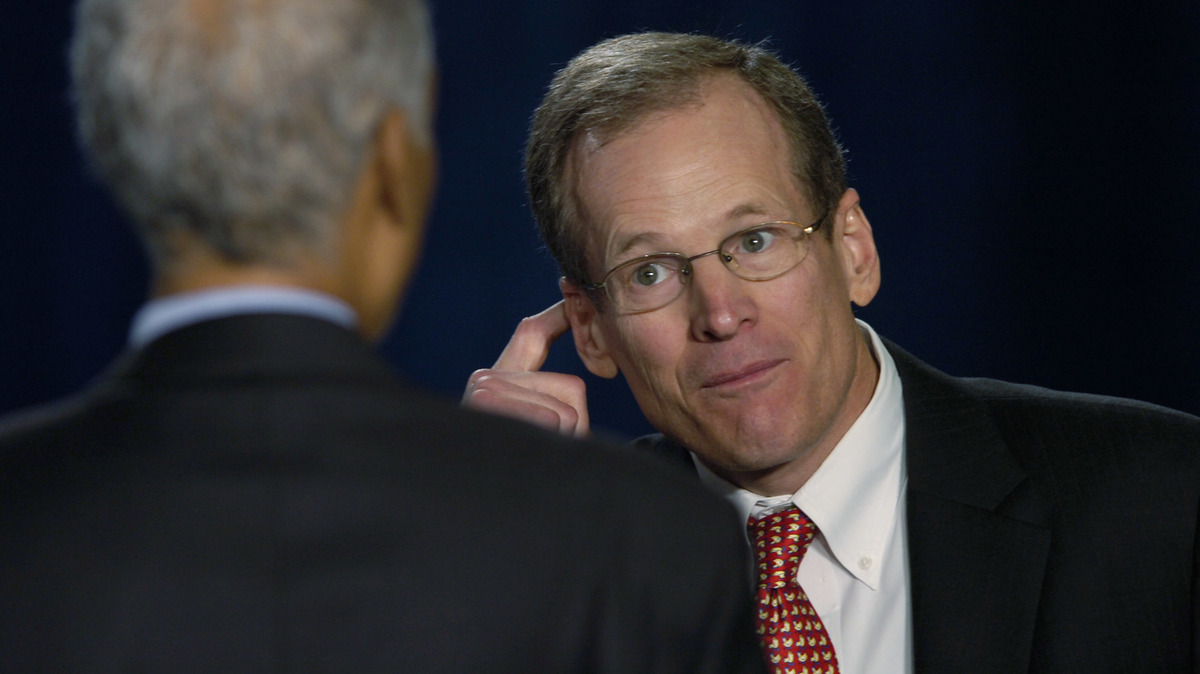 Former Rep. Jack Kingston, R-Ga., was spotted in Moscow speaking to business leaders. The former Trump surrogate probably will not be the last Trump supporter building ties in Russia.

Donald Trump hasn't been inaugurated yet, but members of his campaign entourage are already riding the president-elect's coattails all the way to Moscow.

On Monday, Jack Kingston, a former Trump surrogate, briefed American businesspeople in Russia on what they might expect from the incoming administration.

For CIA Nominee Mike Pompeo, 'Not A Good Situation To Inherit'

Lifting Western sanctions that were imposed on Russia because of its armed intervention in Ukraine has become the top priority not only for the Kremlin but for foreign companies working in Moscow.

During the campaign, Trump indicated he would reconsider those sanctions and suggested he would get along fine with Russian President Vladimir Putin.

"Trump can look at sanctions. They've been in place long enough," Kingston told NPR in Moscow. "Has the desired result been reached? He doesn't have to abide by the Obama foreign policy. That gives him a fresh start."

Kingston said he had mostly met with businesspeople in Moscow and that there had been no meetings with Russian government officials or U.S. diplomats. Now was the time, he said, for business to step up and play a role in "soft diplomacy."

Although Kingston traveled as a private individual, the former Georgia congressman's bio on the website of the American Chamber of Commerce in Russia didn't hide his connections to the stars of Team Trump such as Vice President-elect Mike Pence and campaign manager Kellyanne Conway.

"I was an active soldier in the foxhole, but not a general deploying troops," Kingston said about his role in the Trump campaign.

By chance, Kingston's Moscow trip coincided with the visit of another Trump disciple, Carter Page, who once claimed to advise the Republican candidate on energy and Russia policy. The Trump campaign later distanced itself from Page after he came under scrutiny for his ties to Russia.

On Monday, Page held a news conference at the headquarters of Sputnik, a Russian state-run news agency, where he complained about the proliferation of fake news.

Page lamented the "Cold War mindset" in the U.S. and sang the praises of Rex Tillerson, the Exxon Mobil CEO who expanded his company's footprint in Russia and whom Trump now wants to be his secretary of state.

Tillerson's last public appearance in Russia was in June during the St. Petersburg Economic Forum. When he was asked about the future of sanctions, Tillerson laughed and said only a U.S. government official could answer that question.

The next time he comes to Russia, Tillerson may not be able to dodge that question quite so easily.