Accessibility links
After Trump's Involvement In Carrier Deal Other Companies Wonder If They Will Get The Same Treatment Carrier's tax incentives deal to keep jobs in Indiana, under pressure from Donald Trump, has other manufacturers wondering if they should ask for the same treatment. 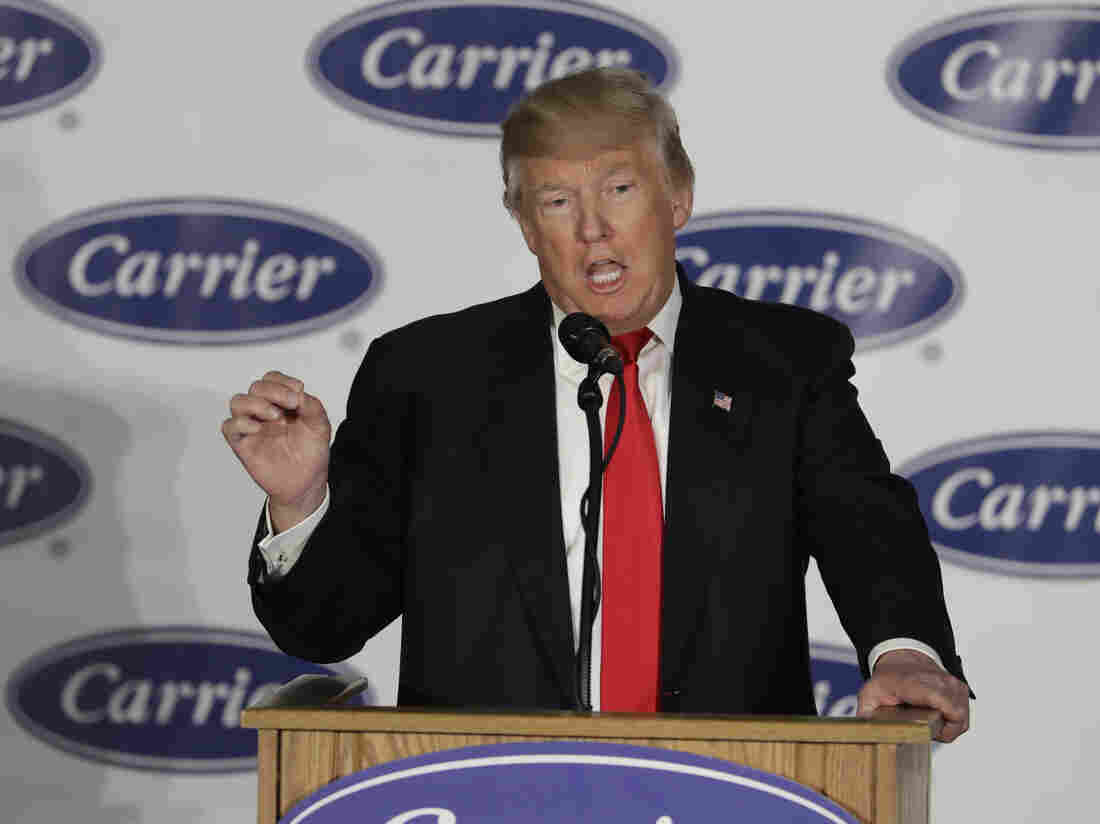 It's been a few weeks since President-elect Donald Trump celebrated Indiana's Carrier company's decision to keep some factory jobs from moving to Mexico. Other manufacturers are wondering what the deal might mean for them. Darron Cummings/AP hide caption 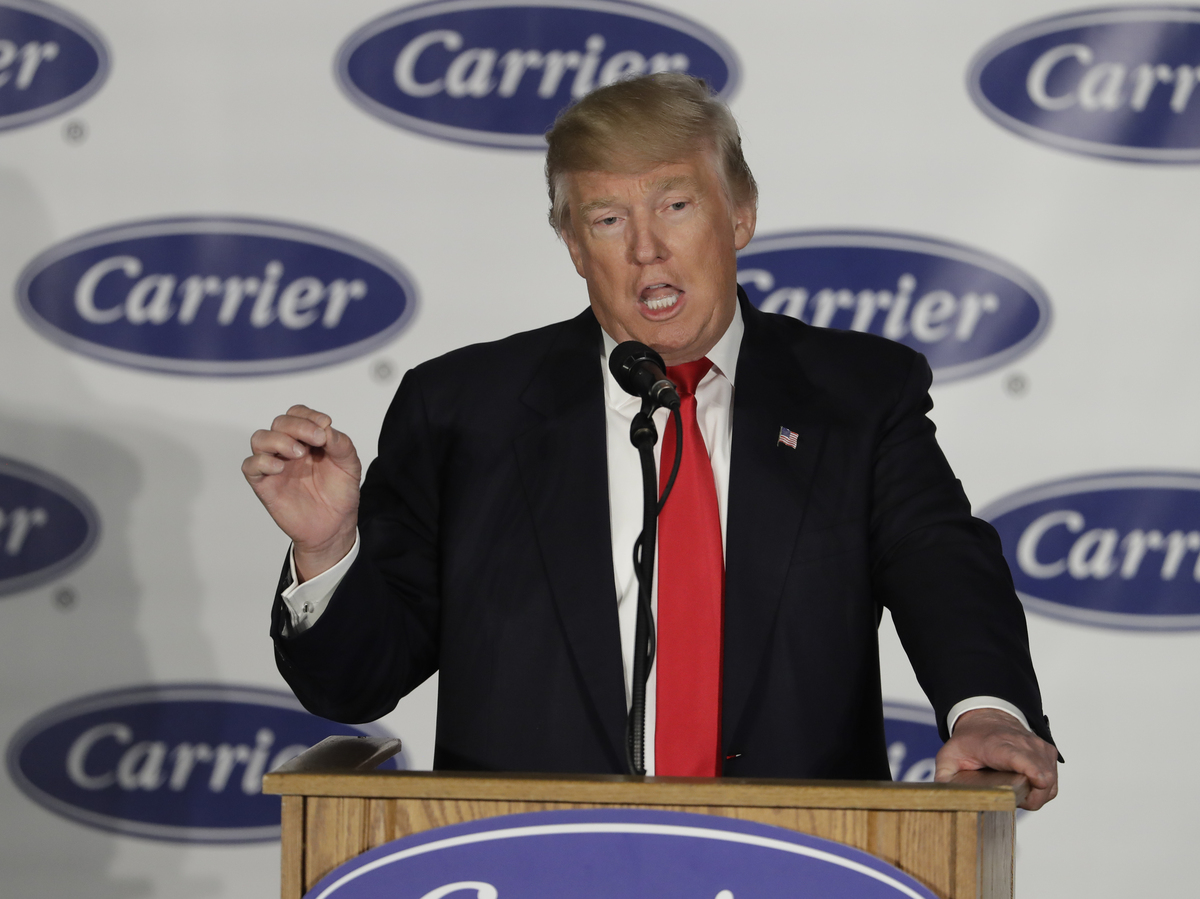 It's been a few weeks since President-elect Donald Trump celebrated Indiana's Carrier company's decision to keep some factory jobs from moving to Mexico. Other manufacturers are wondering what the deal might mean for them.

It's been a few weeks since President-elect Donald Trump celebrated the Carrier company's decision to keep some factory jobs in Indiana instead of moving them to Mexico. The deal hinged on $7 million in state tax credits — some of which came from a rarely used fund for job retention. And now it has manufacturers wondering what the deal might mean for them.

Indiana doles out tens of millions of dollars in tax incentives to companies like Carrier every year — but usually those are for creating new jobs, not retaining existing ones.

The Indiana Economic Development Corporation caps its credits for job retention at $10 million a year — and it's only actually awarded $15 million total since 2005. Compare that to the IEDC awarding $1.2 billion in job creation credits.

Andrew Berger, a lobbyist with the Indiana Manufacturers Association, says that's because it's easier to measure the economic benefit of a new job than one that was already there.

"The overall goal is to grow the income base, not just maintain it," Berger says.

Berger says there won't be much to stop companies, feeling emboldened by Carrier, from asking for more of that money — but with the spectacle around Carrier, and uncertainty around other reforms, most businesses seem cautious.

"My guess right now is that people are kind of in a wait-and-see mode, particularly if they haven't committed to an investment overseas — whether that's in Mexico or anyplace else," Berger says.

Is Trump's Deal With Carrier A Form Of Crony Capitalism?

Is Trump's Deal With Carrier A Form Of Crony Capitalism?

Employees are waiting, too. At Rexnord's Indianapolis factory, which Trump also has criticized for plans to shift jobs to Mexico, production worker Tim Mathis has his hopes up.

"We're tickled to death that President-elect Trump was potentially able to save Carrier's jobs," Mathis says. "But we also want our jobs, and all the other jobs that are being sent out of this country."

As the shift changes at a ZF TRW factory in Lafayette, Ind., most workers are already inside for their 5:30 p.m. start time. They're going to be making commercial steering equipment for big-rig trucks until about 3 a.m. There are two TRW factories in Lafayette, but the other one is going to be closing in just a few weeks. Some of the workers will come here, and some of them are going to be laid off.

Larry DeBoer, an economist at Purdue University, says companies like ZF TRW don't really face penalties for offshoring jobs. The company wouldn't comment on the role its overseas businesses played in the 65 layoffs it's planning in Lafayette, but workers did get a federal certification saying the jobs were impacted by global trade as positions move to China.

DeBoer says the company could have asked the state for retention money, or for incentives to expand its factories or teach workers new skills instead of firing them — all breaks Carrier got. He says companies need more than just incentives to keep jobs here — they're watching to see if Trump will impose the kinds of offshoring penalties he campaigned on.

"Eventually there's got to be some nationwide policy — passed by Congress, presumably — that addresses this problem," DeBoer says. "But you can't possibly have the president occupy himself, business by business by business, every time there's a report that somebody's going to move offshore."

Expectations like DeBoer's haven't seemed to limit the president-elect so far, and he has pledged to make some big trade and regulatory reforms in his first 100 days in office.