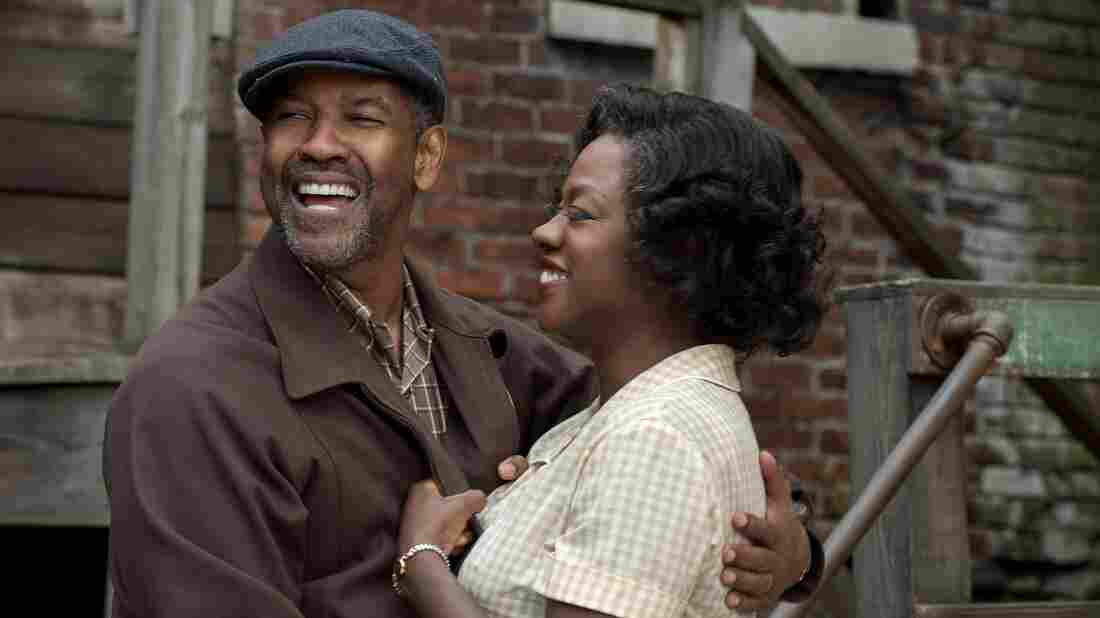 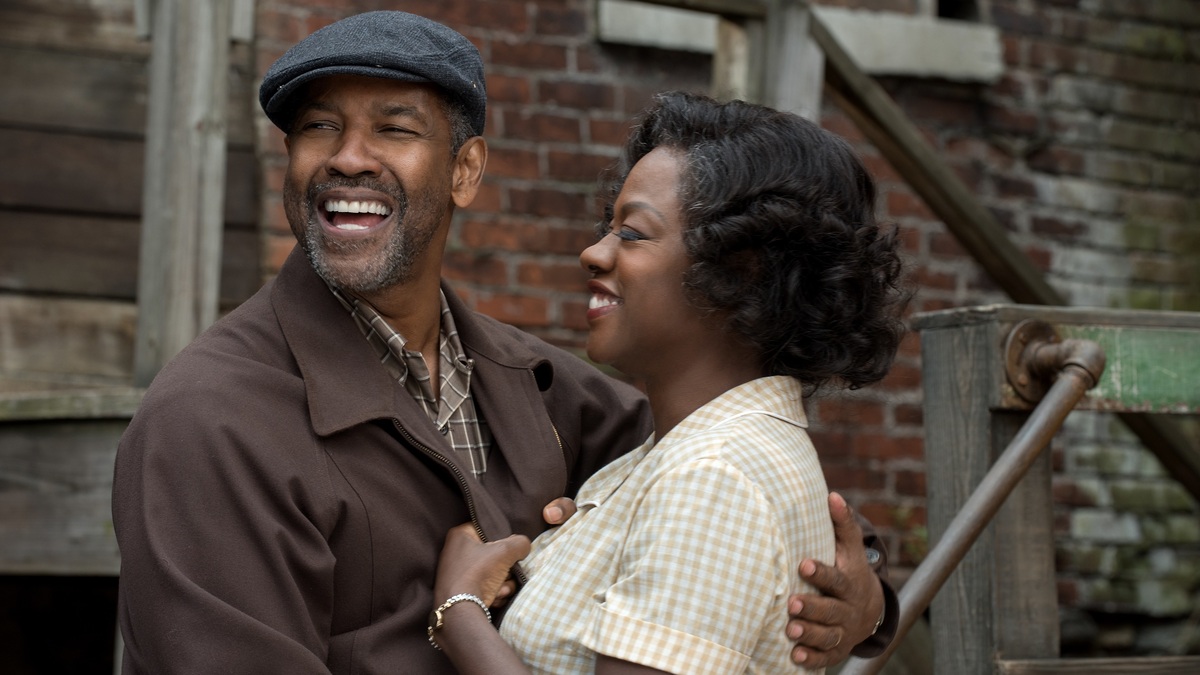 All his life, playwright August Wilson resisted any efforts to mount a screen adaptation of Fences, his Pulitzer Prize-winning 1987 work, because he insisted it could only be helmed by a black director. Looking at the dynamics in the play, Wilson's need to see a filmmaker understand them as he did was understandable. Fences gives us a working-class black family in the 1950s, with particular focus on a father whose own rough go at life informs but doesn't fully excuse his behavior in his own household. For it to work onscreen, a director needs to see this character as fully formed, not merely a product of his environment or a vehicle for sermonizing. We must see him as a man who bleeds, heavily, and often from self-inflicted wounds.

Eleven years after his 2005 death, Wilson finally gets his wish in perhaps the most widely acclaimed black actor of a generation. Denzel Washington is behind the chair, his third go-around as a director after Antwone Fisher and The Great Debaters. His approach is that of devoted student trying to learn from a long-gone mentor. Every choice he makes as a director here is designed to underline, rather than complement, the script, which is so faithful it bears only Wilson's name.

As he did onstage in the recent Broadway revival, Washington embodies the lead role of Troy, a former baseball player in the Negro League, now working as a garbage collector in Pittsburgh. (The character was originally portrayed on Broadway by James Earl Jones.) Troy and his dreams have had a hard time: after outrunning an abusive childhood and a troublemaking past for a shot at athletic glory, he aged out of his prime before Major League Baseball could integrate. Over the years, this has burrowed under Troy's skin to the point where he becomes infuriated when someone suggests he was simply born at the wrong time: "There ought not never have been no time called too early!" he thunders, a passionate outburst that paints a life defined by prejudice and bad breaks. In that line we understand the central tragedy of Wilson's play with remarkable clarity: the sense that a rising tide is leaving you behind, and the ways such a realization can undo even the sturdiest among us, even the ones who have wrestled with Death.

But the beauty of the play (and the film) lies not in its lessons but in the moral complexities of its characters, all of whom make compromises with each other and within themselves just to get through the days. Troy is emotionally manipulative to his two sons, channeling the pains of his workaday life to sour their dreams of escaping the same, and he confers upon himself the right to lie to his wife Rose (Viola Davis), who knows, deep down, that her onetime reasons for marrying this man are falling by the wayside. Over the course of a few months in their house, mostly in the backyard that is Troy's domain and the kitchen that is Rose's, we see some of these resentments from the past come to a head, be they through the man's unfulfilled promises to erect a fence on the perimeter of their property or a far more insidious broken trust.

Washington has a charisma that leaves lesser performers quaking at his feet, and he's justly celebrated as one of the few Capital-A Actors alive today. (Comedians W. Kamau Bell and Kevin Avery host a podcast called Denzel Washington Is The Greatest Actor Of All Time Period, and it's hard to argue.) In his baggy work pants and cap, with that devilish grin on his face challenging anyone who dares step to him, Washington's Troy is a masterful construct of self-delusion, a man who can wrench sympathy from his stories even once we learn they're not true. Opposite him, Davis demonstrates once again why she is such an essential artist, never wasting even a single moment of detail. She's always juggling some kitchen prop or another, and builds more heartbreak for how matter-of-fact Rose's predicament seems. She can unleash a moment of righteous indignation at a husband who's taken her for granted several times too many — and still be bound to keep putting dinner on the table.

The supporting cast is uniformly excellent, as well. Jovan Adepo is tremendous as Troy's younger son Cory, a football star who wants to play in college but must fight his father's veiled efforts to hog the family sports glory for himself; when the two go toe-to-toe, with the father snarling that there's no law on the books demanding he must like his son, it's a Biblical standoff. Russell Hornsby, as Troy's older son, and Stephen Henderson, as his best friend, have quieter roles but remind us that, in plays, there are no wasted parts — everyone who will eventually shine does better when they've spent their non-shiny moments fitting naturally into the environment. Fitting less naturally is Mykelti Williamson as Troy's too-aptly-named brother Gabriel, who suffered a head injury in WWII and is now convinced he fights off the devil with his trumpet and "chases hellhounds" down the street. Gabriel is the one weak link in Wilson's vision, a too-writerly expression of God's tenuous presence in this world.

Fences is moviemaking as public service, like PBS's Masterpiece Theater: an accessible adaptation of a necessary literary work that few will ever have the opportunity to see onstage. Washington keeps us entrenched in the claustrophobic house and declines to gussy things up with the cinematic flourishes we might expect. It's a choice that will make serious film types fidgety, but the workmanlike approach is the best way to channel the simple power of the language itself, its repetitions and folksy rhythms, and the force of the message contained within. As such, it's the approach Wilson was holding out for. They say in the film that fences can keep people out or keep people in, but for an adaptation like this, it's best to have no fences at all.