Accessibility links
Pipeline Spill Adds To Concerns About Dakota Access Pipeline A crude oil pipeline in western North Dakota has leaked nearly 200,000 barrels of oil. The scene is about 150 miles west of where protesters have been fighting the Dakota Access pipeline. 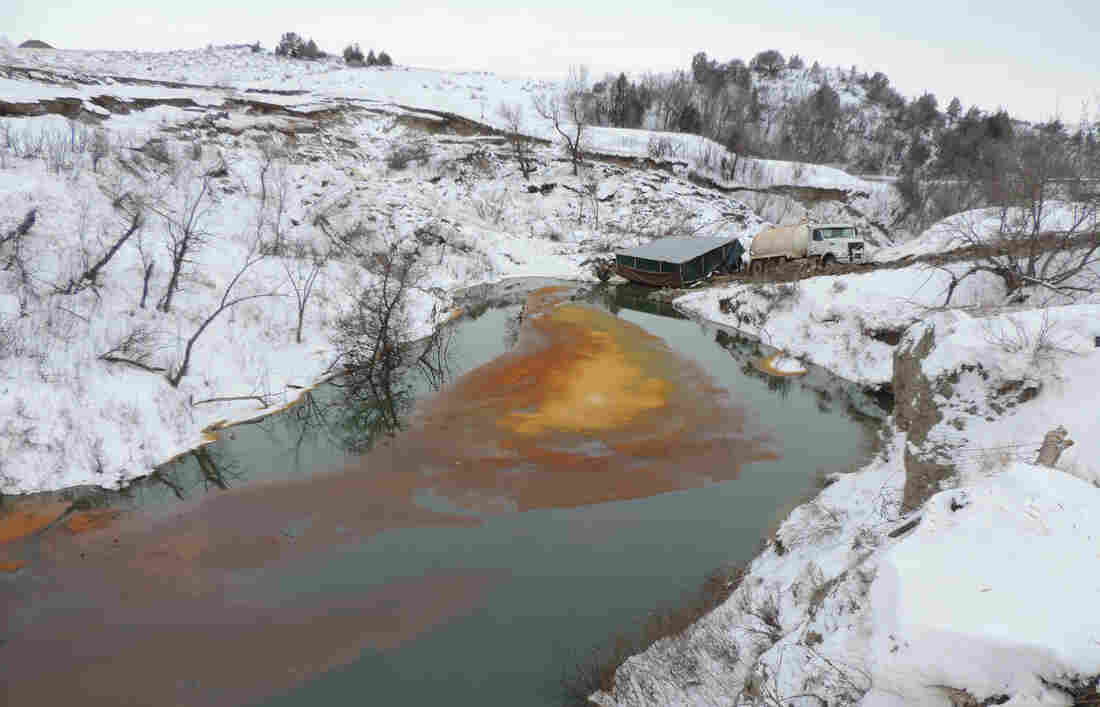 For months, the Standing Rock Sioux tribe and others in North Dakota mounted a massive protest against the controversial Dakota Access pipeline, in part over concerns that any leak could contaminate their drinking water.

Now they are watching the Belle Fourche pipeline, which recently leaked roughly 180,000 gallons of crude into the Ash Coulee Creek in far western North Dakota. The leak was discovered Dec. 5, and authorities say there is no threat to drinking water and that the crude is 100 percent contained.

But cold weather is slowing down the 140 or so workers on the scene cleaning up the mess, according to pipeline company spokeswoman Wendy Owens.

"It's so remote and the terrain is very, very rugged, so it's rough out there," she says.

The leaking segment of the pipeline was built in the 1980s. Since then, construction materials and pressure monitoring equipment have improved, and tighter regulations have been put in place.

"It's hard to compare one company, especially one that has had a pipeline in the ground for maybe 40 or 50 years, to a brand new pipeline," says Carl Weimer, executive director of the nonprofit Pipeline Safety Trust. "It's not just the old ones that fail, new ones can fail also." 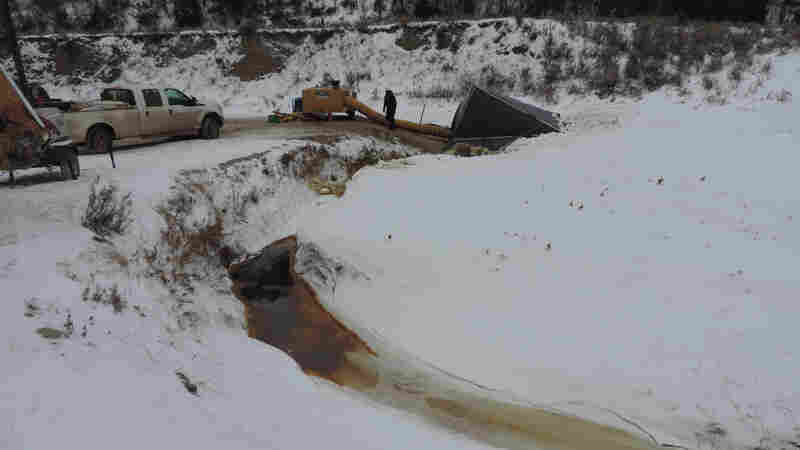 The weather has hindered efforts to clean up at the Belle Fourche pipeline spill site. Jennifer Skjod/North Dakota Department of Health hide caption 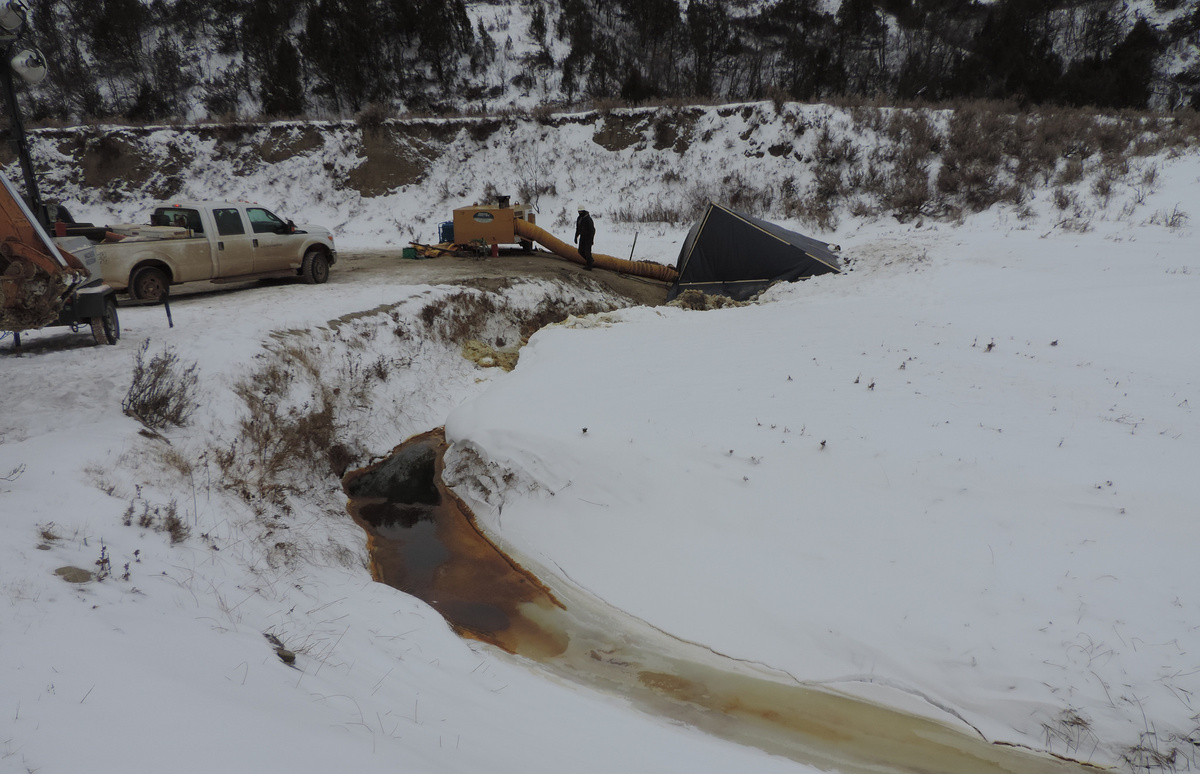 The weather has hindered efforts to clean up at the Belle Fourche pipeline spill site.

And they do. Since 2010, according to data from the Pipeline and Hazardous Materials Safety Administration, operators have reported about 200 crude oil spills per year, on average. Most of them are comparatively small — think a few bathtubs full or less. The Belle Fourche pipeline leak is the largest in North Dakota since 2013. But the same company that owns and runs the pipeline was involved in another oil spill in Montana in 2015 that leaked 30,000 gallons of crude into the river. At one point, tests showed traces of oil in the local drinking water.

Still, generally these incidents are low probability, high impact events, and John Stoody with the Association of Oil Pipelines says they remain the most efficient way to go.

"They're also the safest way to move crude oil and petroleum around," he says.

The data to back up that claim are kind of tricky to pin down. But when you compare crude transportation by pipeline versus crude transported by rail, pipelines appear safer. That's because while pipelines spill about 50 percent more than trains, they move more than three times as much crude.

Elizabeth Herdes, a Denver-based lawyer focusing on pipeline safety, agrees that pipelines are the safest way to transport crude but points out that this doesn't tell the whole story.

"I think it is somewhat cold comfort to those who are actually experiencing an incident in their backyard," Herdes says. "Much like if we talked about, if you're driving a car, and we know it's safer to drive a car now because there's airbags and all of these safety things. But if you're the one in the car accident, it doesn't seem any safer."

Those who have been protesting the Dakota Access pipeline worry that safety equipment won't detect a leak, and this recent spill gives them pause because it wasn't pipeline safety equipment that detected 180,000 gallons crude leaking out of the pipeline, but a local landowner.

Leigh Paterson is with Inside Energy, a public media collaboration focused on America's energy issues.

In a previous Web version of this story, we misrepresented Elizabeth Herdes as a critic of pipelines. She is a lawyer who focuses on pipeline safety.