Accessibility links
Trump Lashes Out At Vanity Fair, One Day After It Lambastes His Restaurant The president-elect has had a long-running feud with the magazine's editor, who once termed him a "short-fingered vulgarian."

Trump Lashes Out At 'Vanity Fair,' One Day After It Lambastes His Restaurant

Trump Lashes Out At 'Vanity Fair,' One Day After It Lambastes His Restaurant 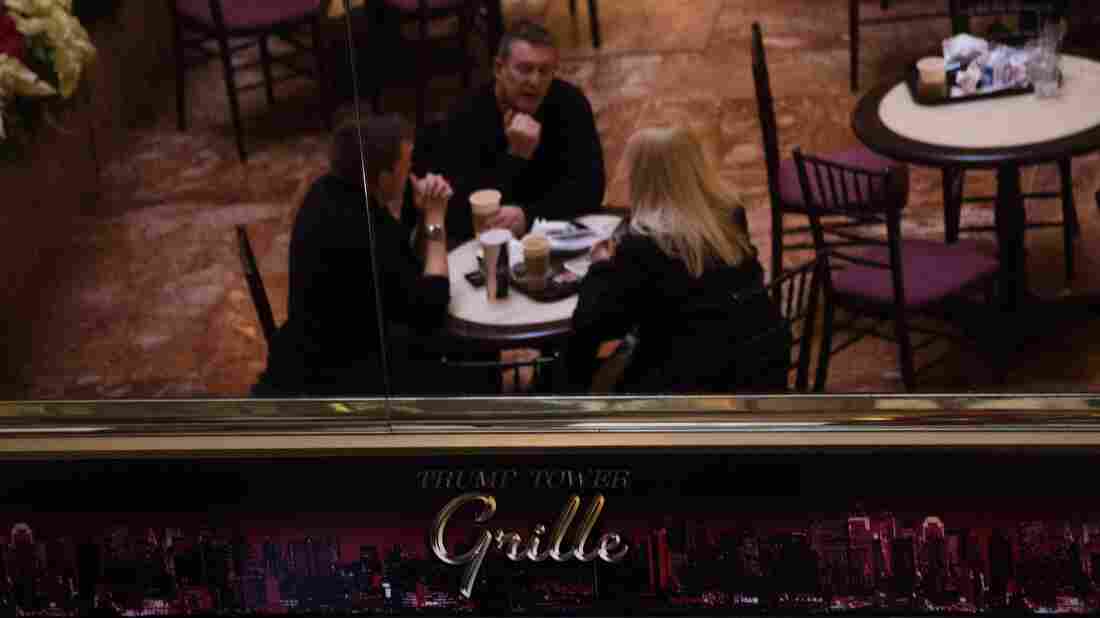 Patrons are reflected in a mirror as they eat at Trump Tower Grille at Trump Tower in New York. A critical Vanity Fair review preceded criticism of the magazine by the president-elect on Twitter. Jim Watson/AFP/Getty Images hide caption 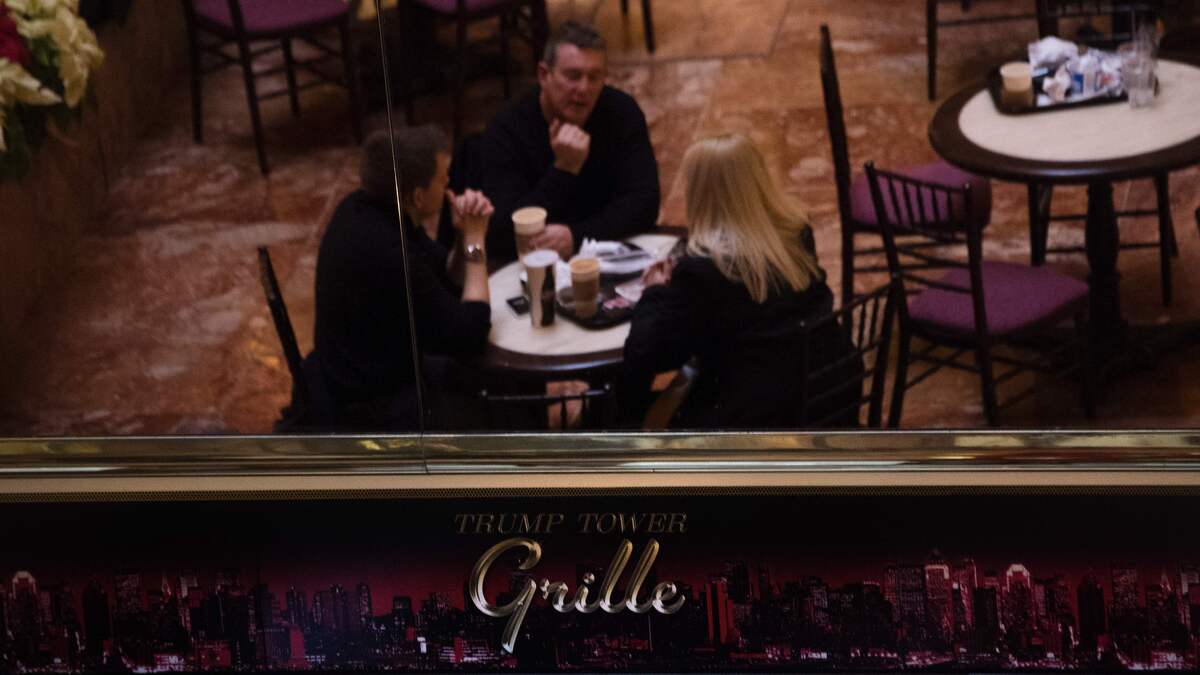 Patrons are reflected in a mirror as they eat at Trump Tower Grille at Trump Tower in New York. A critical Vanity Fair review preceded criticism of the magazine by the president-elect on Twitter.

One day after Vanity Fair printed a highly critical piece about one of his restaurants, President-elect Donald Trump escalated his feud with the magazine's editor, calling him a "no talent."

"Has anyone looked at the really poor numbers of @VanityFair Magazine," Trump said in an early-morning Tweet. "Way down, big trouble, dead! Graydon Carter, no talent, will be out!"

Has anyone looked at the really poor numbers of @VanityFair Magazine. Way down, big trouble, dead! Graydon Carter, no talent, will be out!

The tweet illustrates Trump's ability to use his very visible platform as president-elect to lash back at critics of his businesses and underscores the conflicts of interest he will face in office. 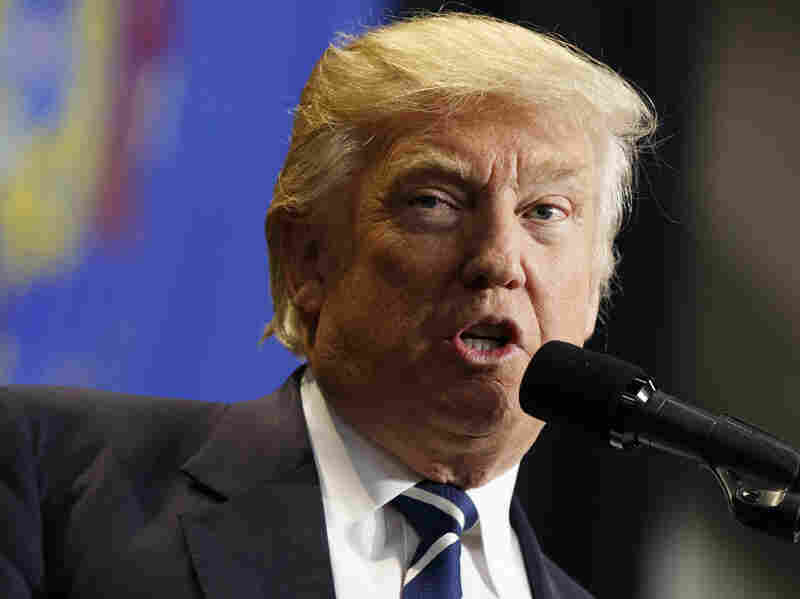 President-elect Donald Trump, shown here at a rally in Wisconsin on Tuesday, has a history of using Twitter to lash back at critics. Evan Vucci/AP hide caption 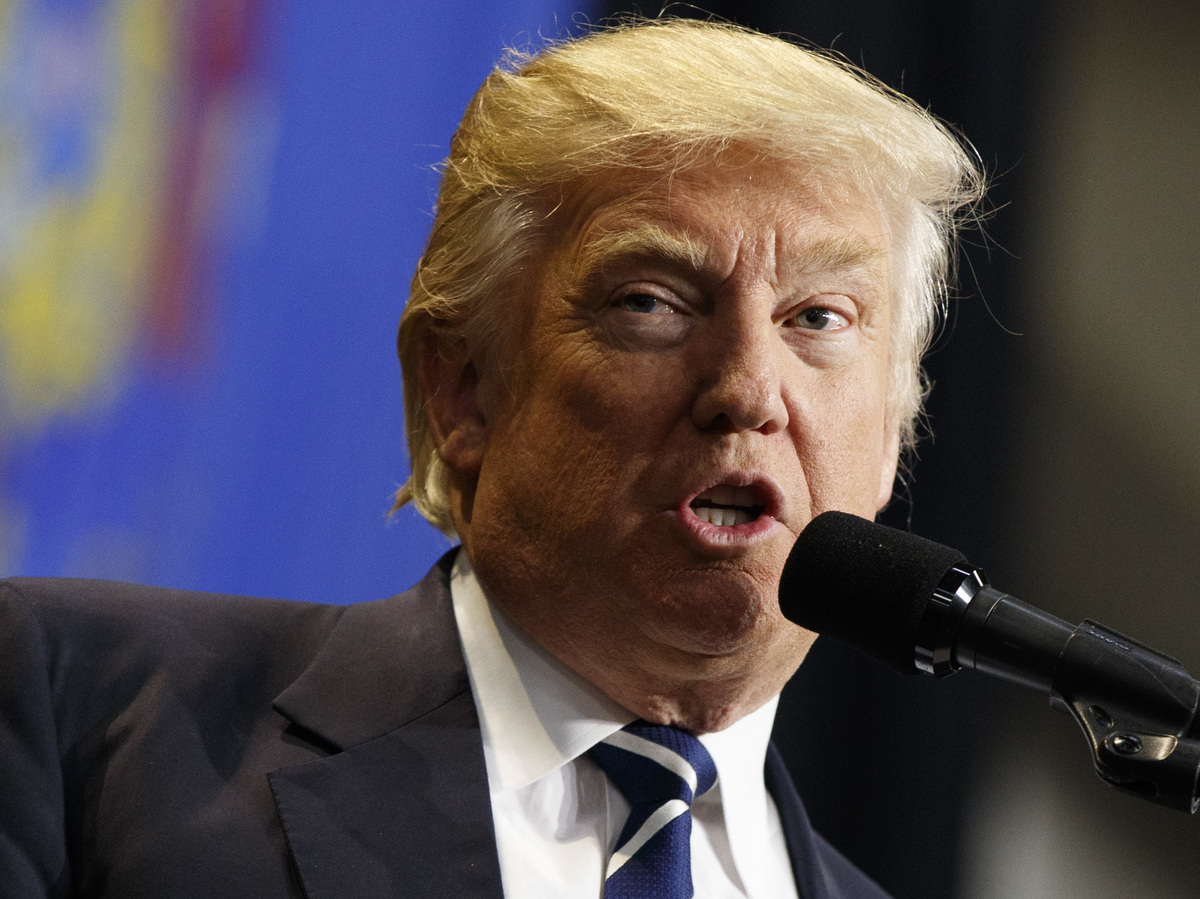 President-elect Donald Trump, shown here at a rally in Wisconsin on Tuesday, has a history of using Twitter to lash back at critics.

Trump was originally supposed to hold a "major press conference" Thursday to reveal how he would address the conflicts of interest, but he decided to postpone it until next month. His staff said dealing with the issue involved complex legal issues and Trump needed time to iron out the details.

Although Trump didn't refer to it directly in his tweet, Vanity Fair's website on Tuesday published a rough review of Trump Grill, located in the lobby of Trump Tower in Manhattan. The article, by politics and media writer Tina Nguyen, was headlined, "Trump Grill could be the worst restaurant in America."

Nguyen lambasted the restaurant for its tacky decor and indifferent menu.

Among the foods served, she wrote, was a short-rib burger "molded into a sad little meat thing, sitting in the center of a massive, rapidly staling brioche bun, hiding its shame under a slice of melted orange cheese. It came with overcooked woody batons called 'fries'—how can someone mess up fries?—and ketchup masquerading as Heinz. If the cheeseburger is a quintessential part of America's identity, Trump's pledge to 'make America great again' suddenly appeared not very promising."

She was no less critical of the way the restaurant looked:

"The restaurant features a stingy number of French-ish paintings that look as though they were bought from Home Goods. Wall-sized mirrors serve to make the place look much bigger than it actually is. The bathrooms transport diners to the experience of desperately searching for toilet paper at a Venezuelan grocery store."

Trump has had a long-running feud with Carter, co-creator of the satirical magazine Spy, which once got under the real estate developer's skin by calling him a "short-fingered vulgarian."

As Carter explained to NPR's David Folkenflik in March:

"He'll send me pictures, tear sheets from magazines, and he did it as recently as April. With a gold sharpie, he'll circle his fingers and in his handwriting say, see, not so short. And this April when he sent me one, I should have held onto the thing. But I sent it right back by messenger with a note stapled at the top saying, actually, quite short. And I know it just gives him absolute fits. And now that it's become sort of part of the whole campaign rhetoric, I'm sure he wants to just kill me with those — with those little hands."

More recently, the magazine and its editors have regularly lambasted the president-elect.

"Only in America could a man whose staff reportedly took away his Twitter account because he couldn't control himself be given the nuclear codes," Carter wrote after the election.

Trump has a history of using Twitter to lash out at people he disapproves of, including media figures such as CNN's Jeff Zeleny and Katy Tur of NBC.

Joel Kaplan, associate dean for professional graduate studies at Syracuse University's Newhouse School, noted, "If we have learned nothing else from this election, it is that Trump has a long memory for anyone who has ever slighted him."

Kaplan said members of the media "have a lot more to worry about" than Trump's tweets about a top magazine editor.

"Seriously, there is something refreshing about the president of the United States personally going after the media instead of letting his press secretary or vice president do the dirty work," Kaplan wrote, in an email to NPR.

"And members of the media should have thick skin; at least skin as thick as the politicians we tend to skewer on a daily basis."