Accessibility links
Obama And Trump: Pennsylvania Voters Reflect On Election And Past 8 Years NPR revisits four voters whom we first met as Barack Obama was campaigning for president. They reflect on the past 8 years, react to Donald Trump's victory and share their hopes for the future. 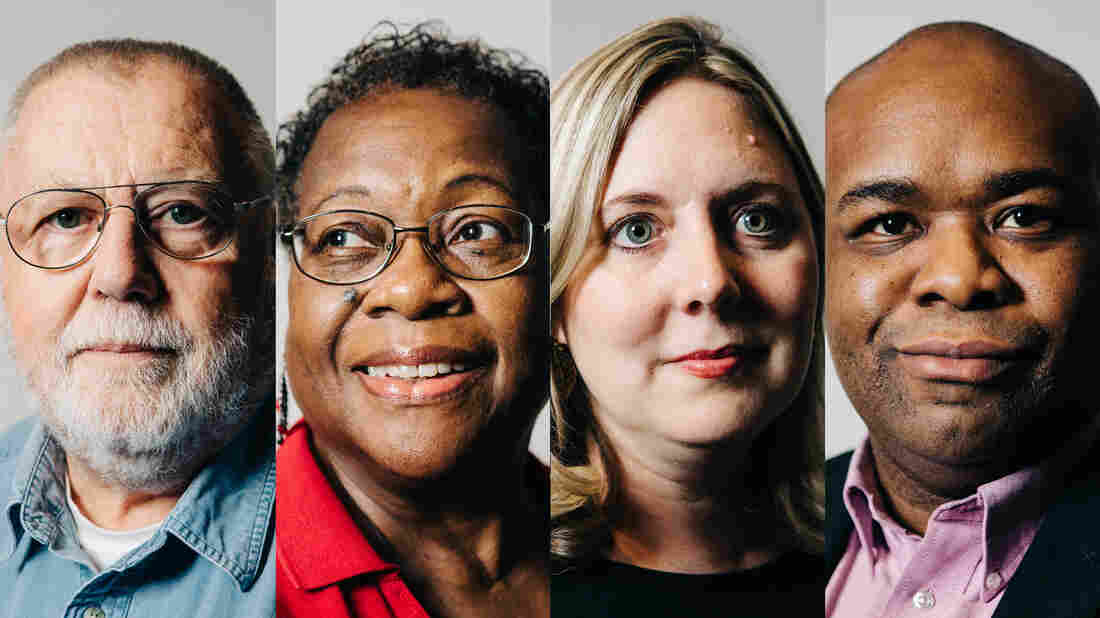 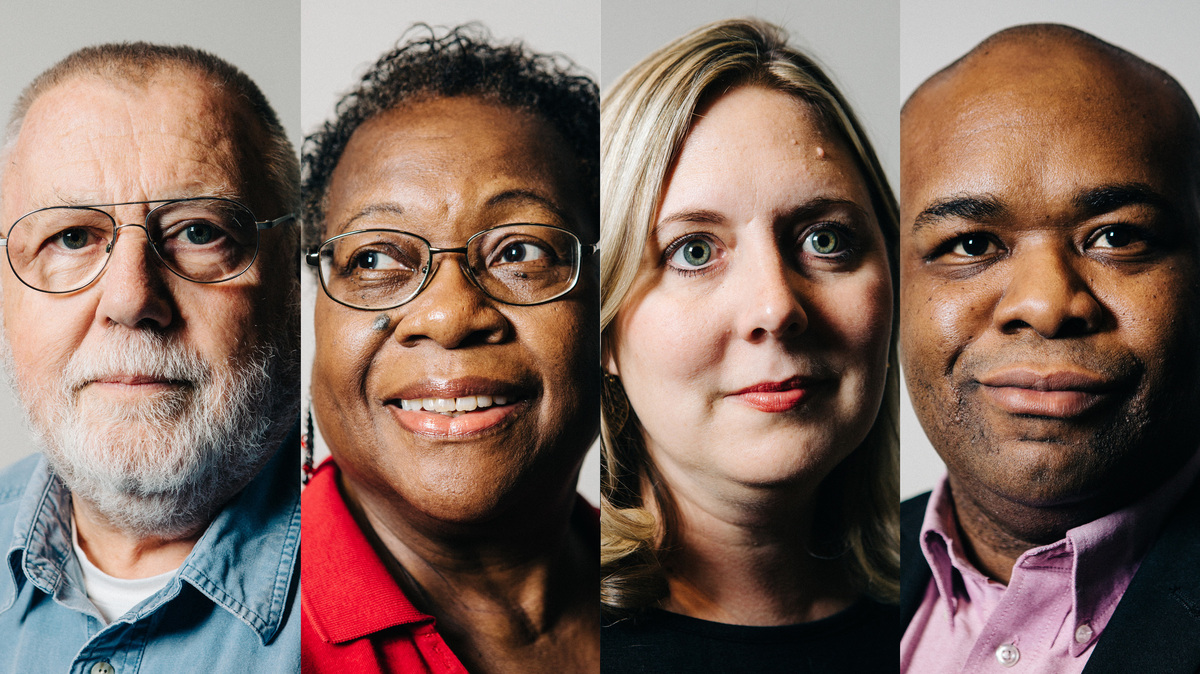 In 2008, NPR gathered more than a dozen voters in a York, Pa., hotel. They had dinner and got to know one another, and over the course of several meetings that fall they spent hours sharing their views on an often uncomfortable subject: race.

The York Project culminated when the voters gathered after Barack Obama's victory. Obama supporters were exultant. Some who voted for Republican John McCain had mixed feelings. They were excited about the historic moment but disappointed in the result.

Now, after a very different election, Morning Edition host Steve Inskeep traveled back to York to follow up with four of those people. Their lives and their city have changed. Some of their viewpoints have changed, too. Yet this time, those whose candidate lost in 2008 were now on the winning side.

When we gathered four of the '08 participants in York's Colonial Courthouse, they shared a range of ideas about what led to Trump's victory — and what kind of future his presidency might hold. (If your browser supports Flash, read more about the original York Project voters here. To hear Morning Edition's followup conversation, click on the audio above.)

Below, the four York Project voters who sat down with us again. 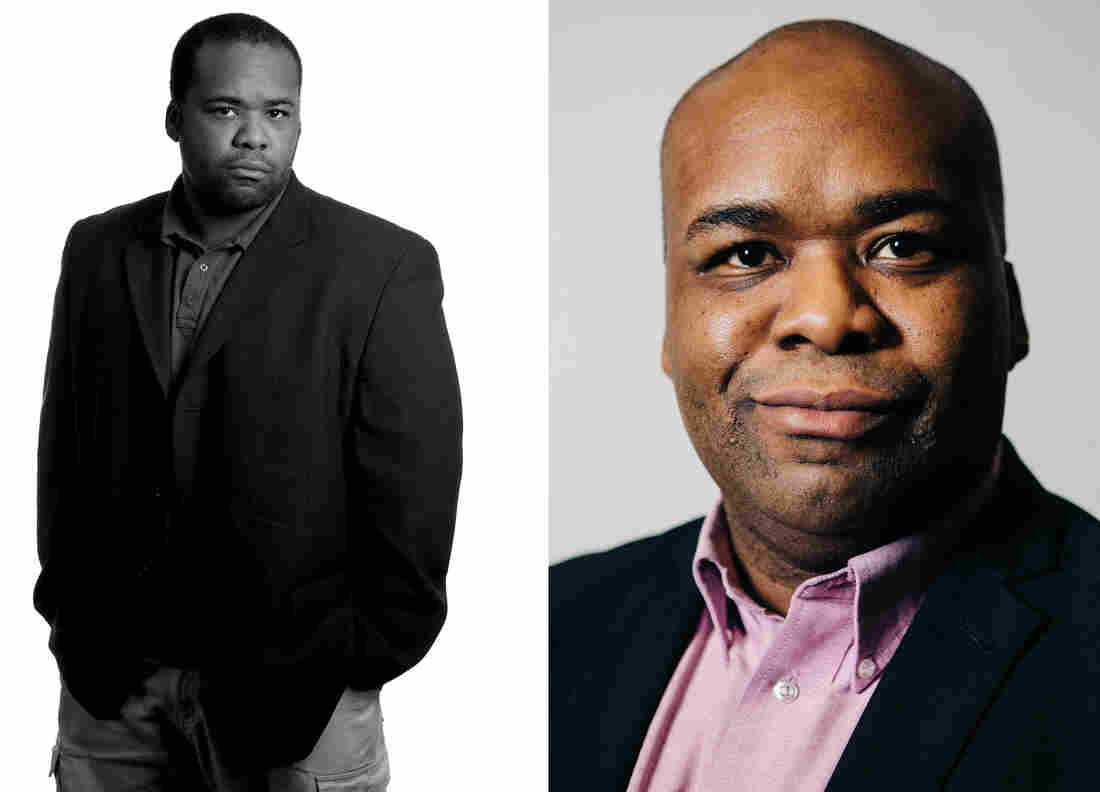 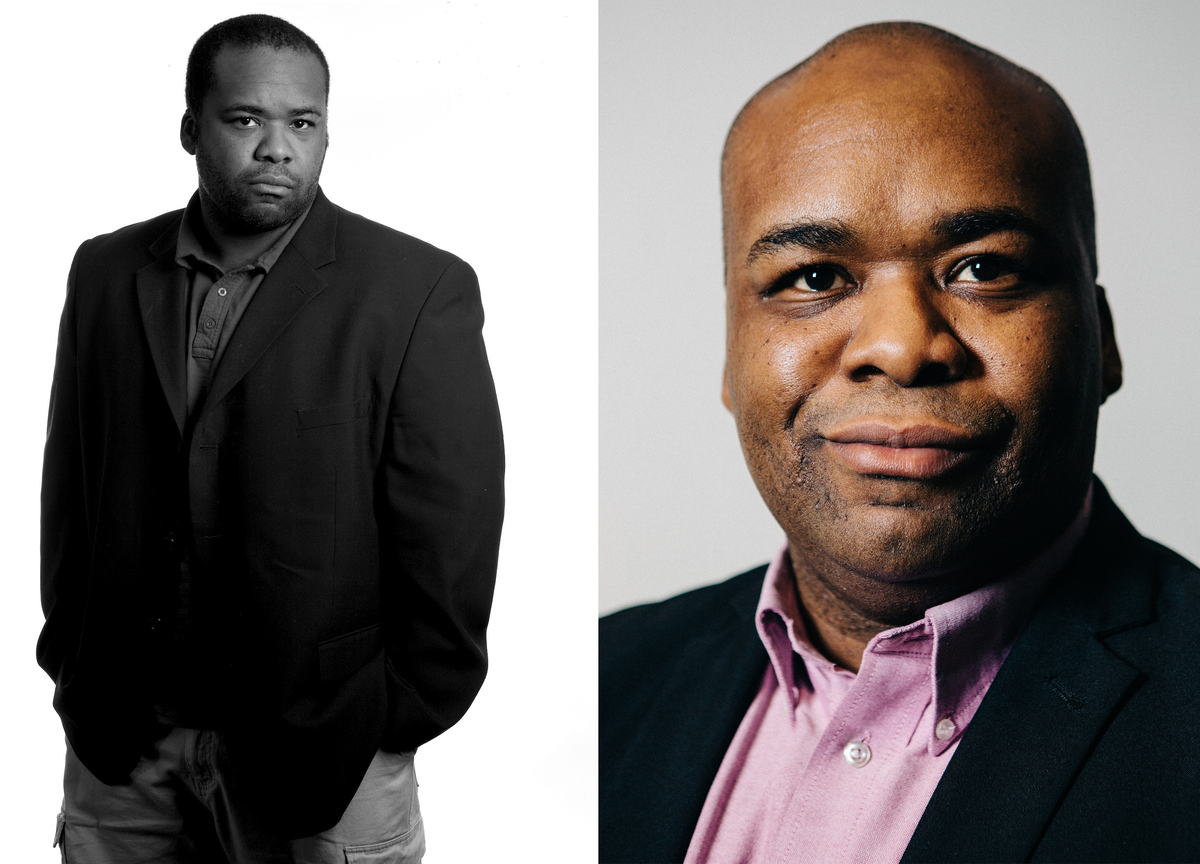 The Obama Years: Views On A Presidency, Across America

2016: Owner of a business that promotes arts education; voted for Hillary Clinton

Weary, a registered Republican, crossed party lines in 2008 to vote for Obama. At the same time, he asserted in 2008 that any black advance causes some white people to feel like something is torn away from them.

He says he sees Trump supporters who try to distance themselves from the white supremacists who also backed him. Even if other Trump voters don't consider themselves racist, he says, they are in essence enabling racism.

"I think that they definitely are saying that it's not that big a deal to them," he says.

Weary suffered a heart attack just before the 2016 election, an event he now sees as a metaphor.

"You could kind of look at what just happened to us, was kind of like a heart attack," he says. "Now we're at a point of, I mean, do we have another one? Or do we start therapy?"

"The day after the election I sat my kids down, 7, 5 and 2 — and they are biracial ... and I told them, 'Kids, today at school a lot of people are going to be happy and sad about what happened. ... Some of them might say some things that you might not understand or that might be mean. Today it's OK, just let it run off of you because a great thing has happened.' " 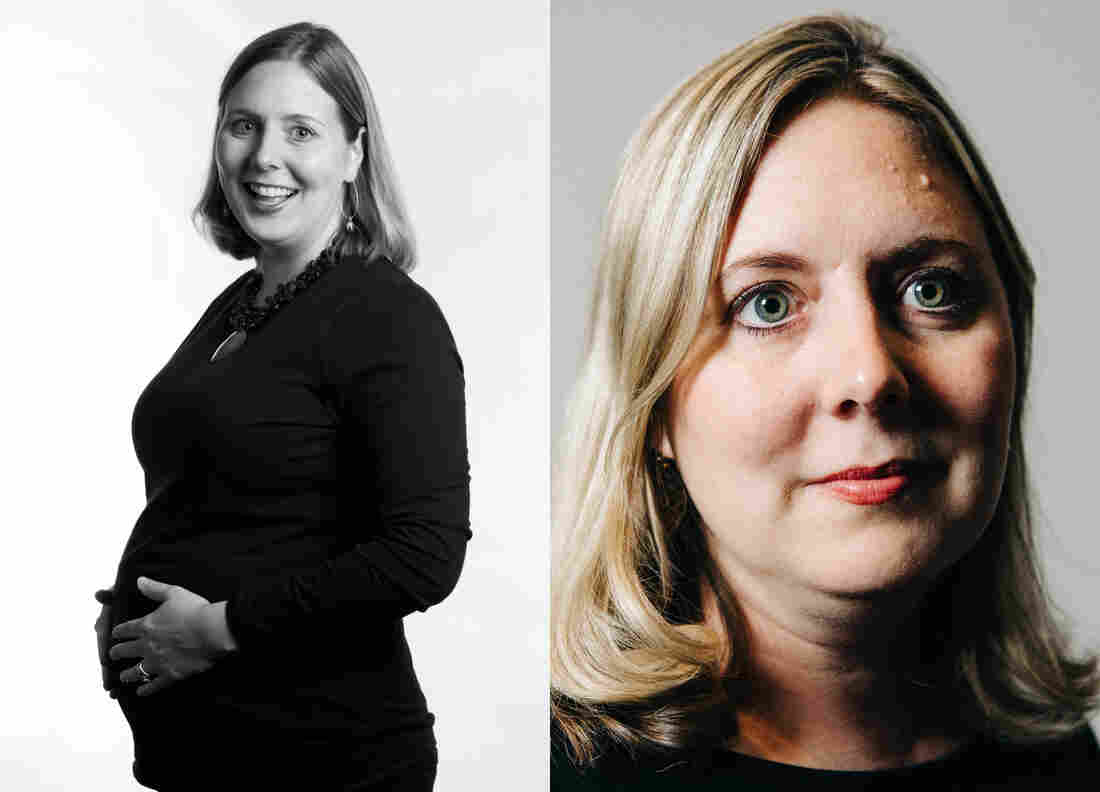 2016: Works in development for a nonprofit; voted for Trump

Yacoviello was a reluctant McCain supporter, and says she again had serious reservations this time around — so much so that, until now, only her family knew she supported Trump. That Trump is not your typical politician is refreshing, she says — but she sighs when asked if he's a role model, and says no.

Instead, her support for Trump ultimately came down to his promises to cut taxes and reduce regulations on business owners. As someone who works in fundraising for charities, Yacoviello sees how policies helping affluent businesses end up affecting everyone else.

"The working class needs [philanthropists], and our country needs them," she says.

Yacoviello says that, although she thought in 2008 that McCain better reflected her conservative values, she has grown to like Obama.

"He's a good man, he was a good husband, he was a good father, a good statesman, a good spokesman for our country," she says. "It's hard as a conservative to say these things, but I really do have a great deal of respect for him."

"I have this dichotomy that I can't reconcile in my mind. I feel like there's a social justice that has been won here with electing a black president, but I also feel the social injustice of abortion."

"I'm actually ashamed for not thinking of it [before NPR's roundtable discussion]. 'Make America Great Again' ... that is very subjective, and it isn't considering everyone, and perhaps 'Make America Greater' would have been a better slogan." 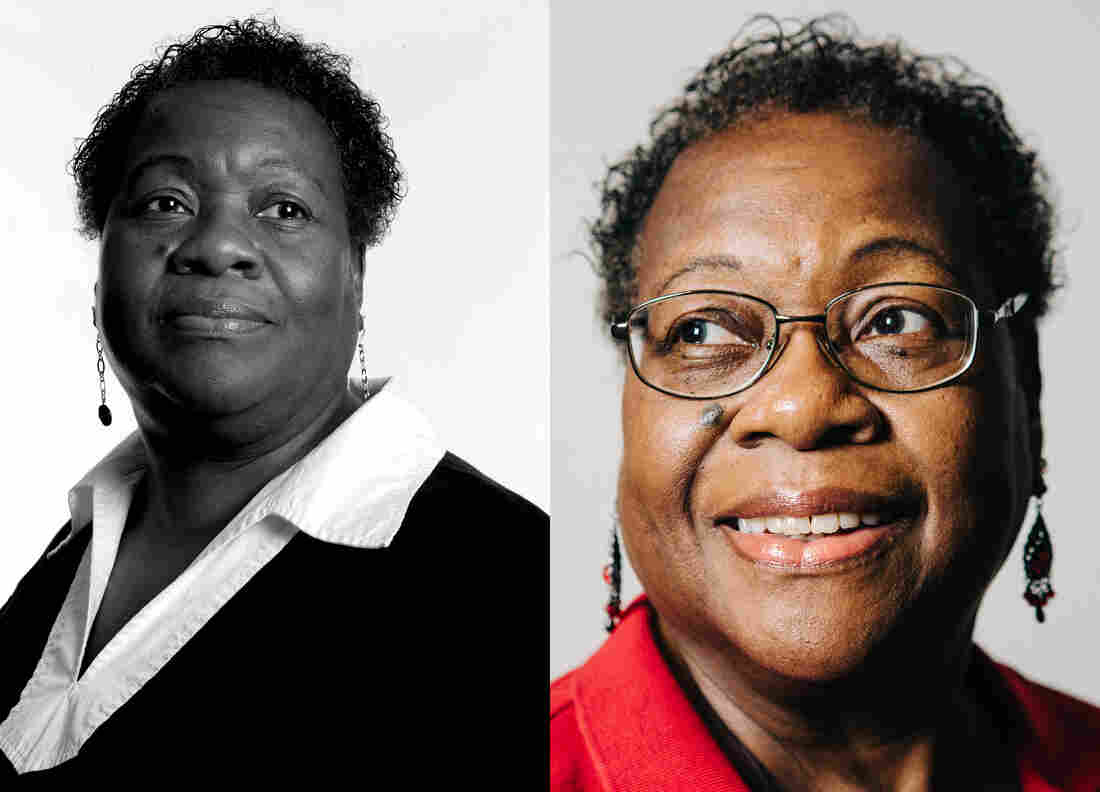 Back in 2008, Orr predicted the system wouldn't be fair to Obama because he was black. Eight years later, she thinks she was right.

"He's had a rough time of it, with the other party coming into office," she says. "He's tried his best with him being who he is. I think he's been an excellent president — a very good, excellent role model."

And she's sure he was opposed because of the color of his skin — even though his mom was white.

"The country wasn't prepared to have a black president," Orr says. "It's mind-boggling to me, because he's half of everybody — but any percentage of blackness that you have within yourself, you face racial conditions."

Even though he had a white mother and was raised by her parents, she says, "he's still black, and there lies the problem."

"When it flashed on the screen that he had indeed won, I mean, the joy, the jubilation, just made you feel like there is nothing wrong with the United States."

"I'm actually afraid for the country now — I am. The way he denigrated women, made fun of physically handicapped people — and I'm saying to myself, 'How can you people condone that?' " 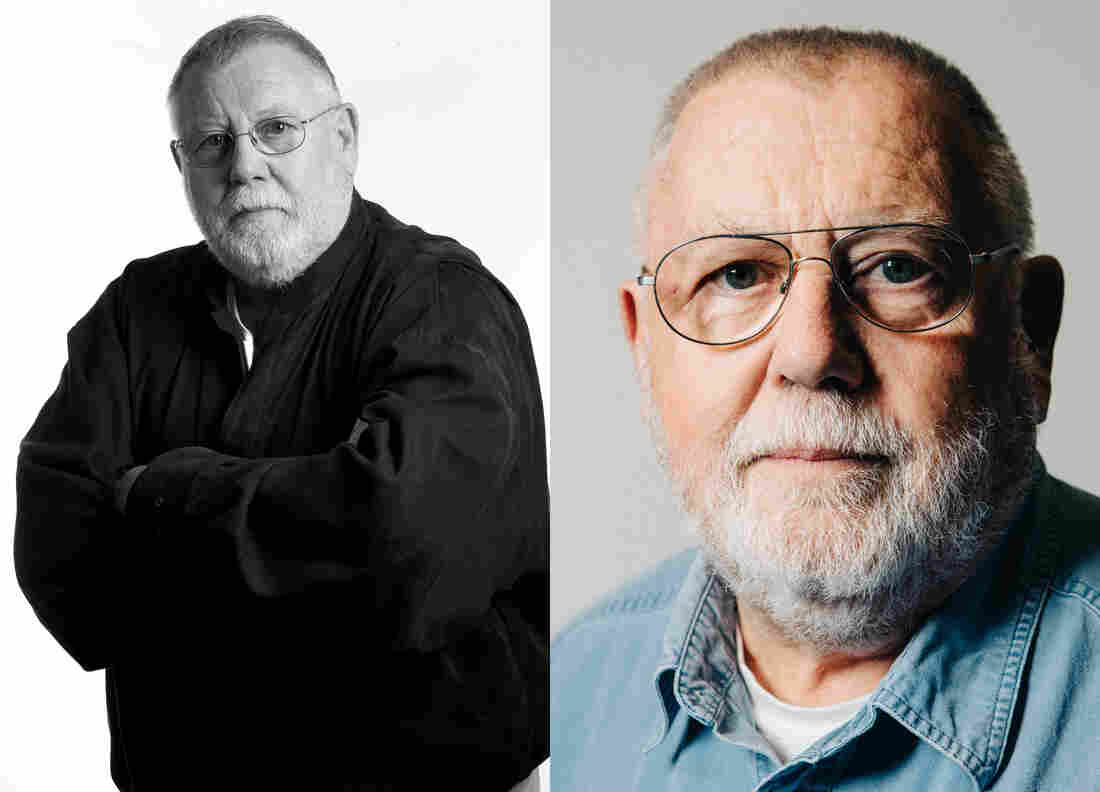 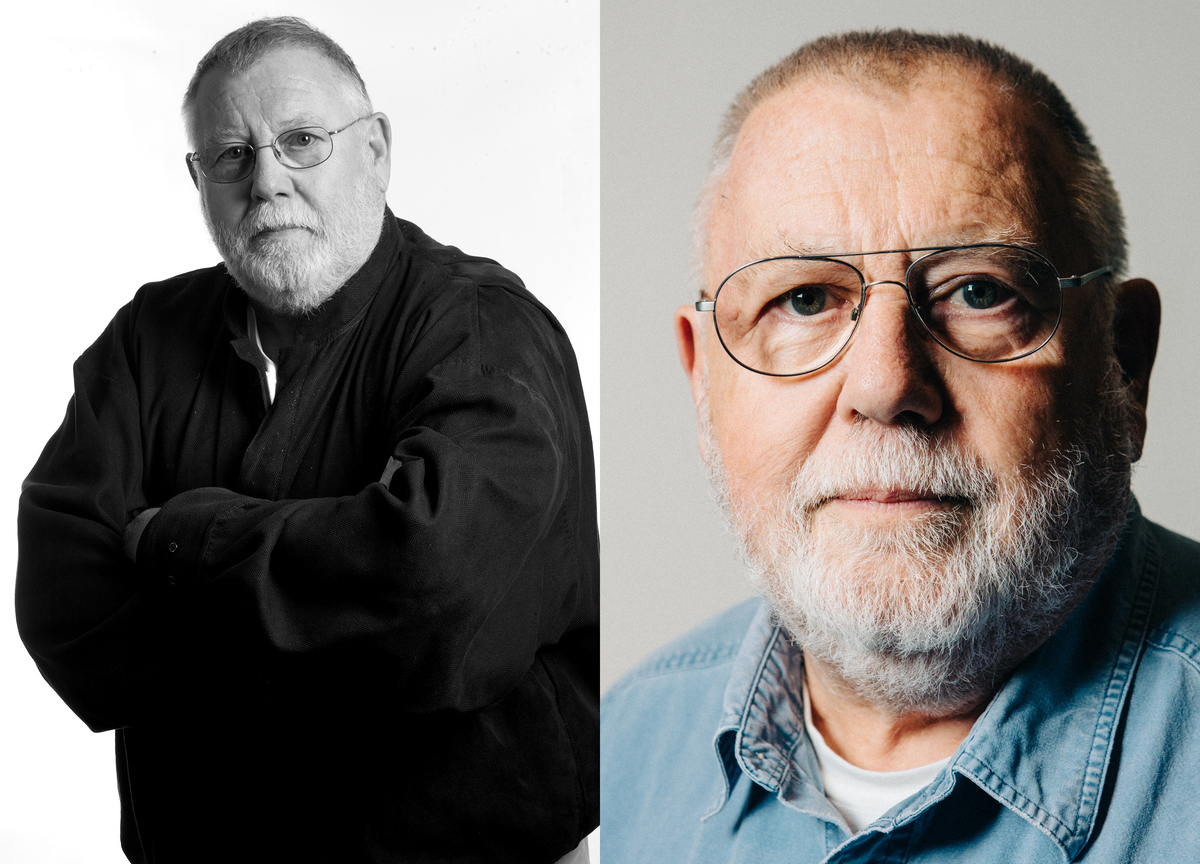 Gettys says York, an old manufacturing town, has been through tough times — but right now, his hometown is on the upswing.

"There's new businesses downtown, they're trying to get more people downtown," he says. "I think there's been a lot of improvements."

Though Obama was not his guy in 2008, Gettys appreciates the work the president has done to open up U.S.-Cuba relations, but he does not like "some of the immigration that's gone on."

The appeal in Trump, Gettys says, is that the country will be run like a business.

"I just hope he gets the country back together and gets rid of the divisiveness and gets everybody on the same page," Gettys says.

"I don't think there's a problem with a black man; I personally just don't think Obama's the right one. For some reason, the media, they don't say anything bad about him when he does something wrong. It's never reported."

"I think that one of the things he's trying to do to make American great again is to bring jobs back to America, so people here have a job. They're moving jobs out to Mexico and every place else. They're closing factories, sending the stuff to China, and our people are out of work."