Accessibility links
Clinton Blames Russian Hack, Comey Letter For Loss During Donor Event Speaking at a private event, the failed Democratic presidential candidate talked about the Russian president and what she believes contributed to her defeat to Donald Trump.

In Leaked Remarks, Hillary Clinton Explains Putin's 'Beef' With Her

In Leaked Remarks, Hillary Clinton Explains Putin's 'Beef' With Her 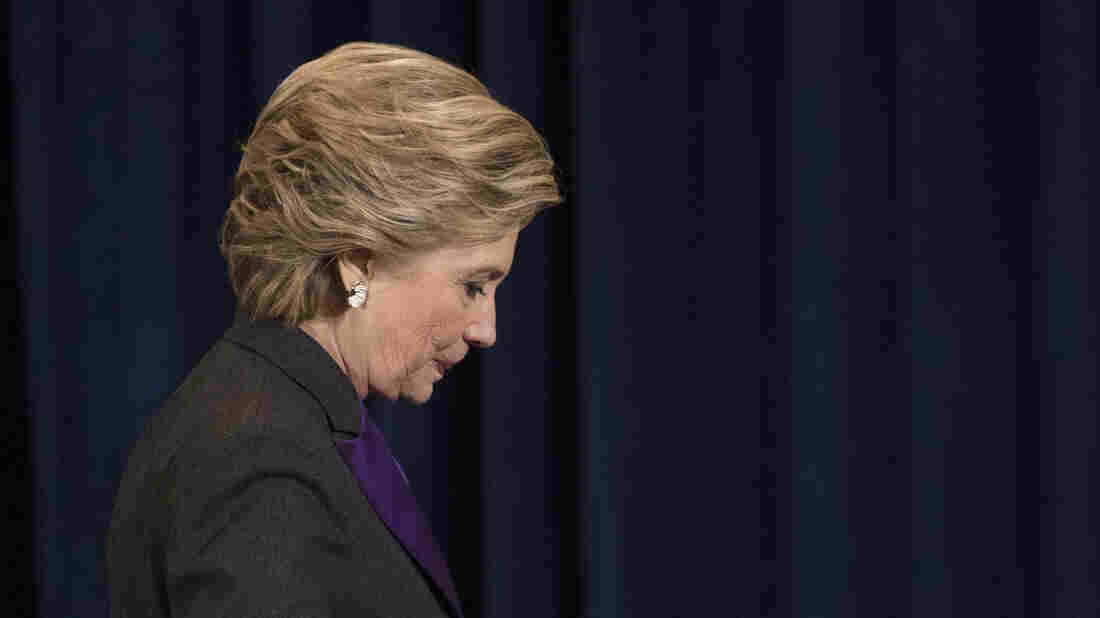 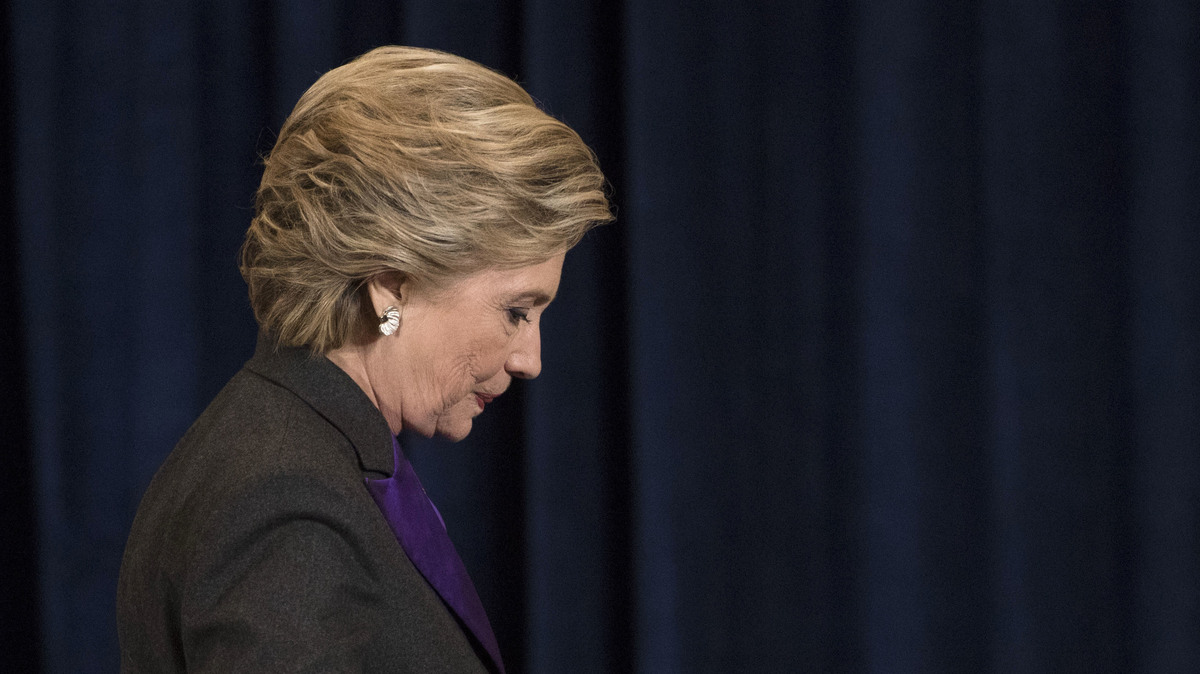 Hillary Clinton spoke at a private event Thursday night. Pictured here, the Democratic presidential candidate walks off the stage after speaking in New York on Nov. 9.

Hillary Clinton has kept a low profile since losing the election to Donald Trump, but at a private event before donors Thursday night, she blamed her loss, in part, on "some unprecedented factors" — namely Russian hacking and the letter about the investigation into her email server released by FBI Director James Comey days before the election.

"Vladimir Putin himself directed the covert cyberattacks against our electoral system, against our democracy, apparently because he has a personal beef against me," Clinton said, per audio obtained by The New York Times. The event, for campaign donors, was closed to the press.

In the remarks, Clinton ties the "beef" to the country's parliamentary elections in 2011, which as secretary of state, Clinton said were "unfair, not free, illegitimate."

Around the time of those elections, Russian citizens took to the streets to protest Putin's power grab.

"Putin publicly blamed me for the outpouring of outrage by his own people," Clinton said. "And that is the direct line between what he said back then and what he did in this election."

These were Clinton's most extensive remarks to date about the Russian hacking, how it may have related to her electoral loss and the origins of what NBC termed as Putin's "vendetta" against Clinton.

Clinton has previously blamed the FBI, in part, for her loss. Her campaign staff also has talked about the FBI's role in the election earlier this month at a conference at Harvard's Institute of Politics examining the election results. Clinton's team blamed FBI Director James Comey's two letters in the final days of the campaign as well as Russian-linked hacking of the Democratic National Committee and campaign Chairman John Podesta's personal Gmail account.

The argument, one which Clinton repeated last night, is that voters who were undecided until the end broke for Trump because of the Comey letter and the swirling controversy linked to daily WikiLeaks posts of internal campaign emails.

In a Washington Post op-ed published Thursday night, Podesta argued the FBI's priorities were off, given that the agency apparently put more emphasis on investigating Clinton's use of a private email server while secretary of state than Russian interference in the U.S. election.

"Comparing the FBI's massive response to the overblown email scandal with the seemingly lackadaisical response to the very real Russian plot to subvert a national election shows that something is deeply broken at the FBI," Podesta wrote.

Clinton herself attempted to argue that it was bigger than herself, saying she was pleased to see a bipartisan group of senators calling for an investigation into the hacking.

"This is an attack against our country. We are well beyond normal political concerns here," Clinton said. "This is about the integrity of our democracy and the security of our nation."

President-elect Trump, however, continues to downplay the significance of the hacking, questioning whether it really was Russia:

Are we talking about the same cyberattack where it was revealed that head of the DNC illegally gave Hillary the questions to the debate?

The Senate Intelligence Committee released a statement, describing how it plans to proceed with its investigation into the hacking, and the intelligence community's conclusion that it was directed by people at the highest levels of the Russian government.

"Majority Leader McConnell and incoming Minority Leader Schumer have made it clear they expect any review of Russia's involvement in our nation's elections to be conducted in a bipartisan manner," the intelligence committee's statement reads. "It is a charge the [committee] takes seriously."

MAILBAG: Could 'Faithless Electors' Keep Donald Trump Out Of The White House?

The statement also says the committee will carry out the investigation expeditiously, "but we will take the time to get it right and will not be influenced by uninformed discourse."

Some hearings will be public, but much of the work will be conducted behind closed doors because of the sensitive nature of the committee's work.

As for the results of the election, some Democratic Party donors who spoke to Politico questioned whether the focus from Clinton's team on Comey and Russia is productive, saying a full postmortem of what went wrong in the campaign is still needed.