Accessibility links
'Bars Medley': Classic Literature Remixed Into Hip-Hop And Verse Hamilton's Daveed Diggs and accomplished poet and performer Rafael Casal have taken scenes from classic literature and reworked them in contemporary style. "We haven't dumbed it down," Casal says. 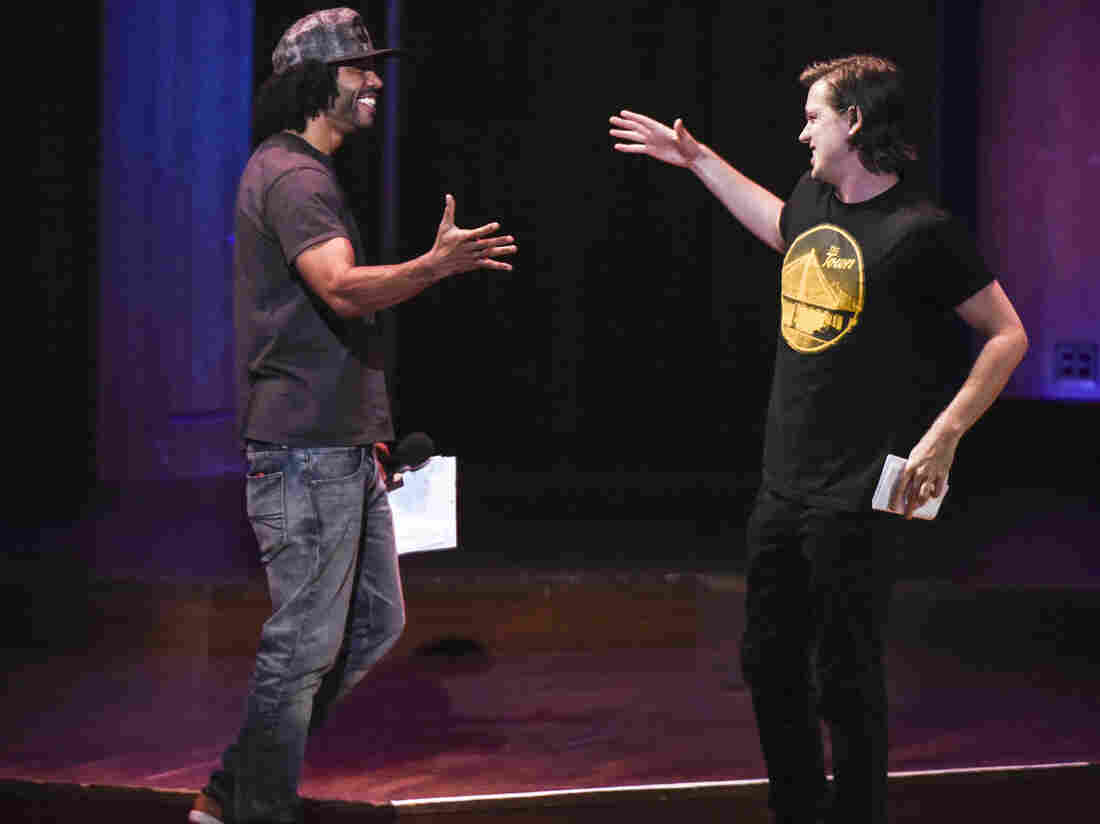 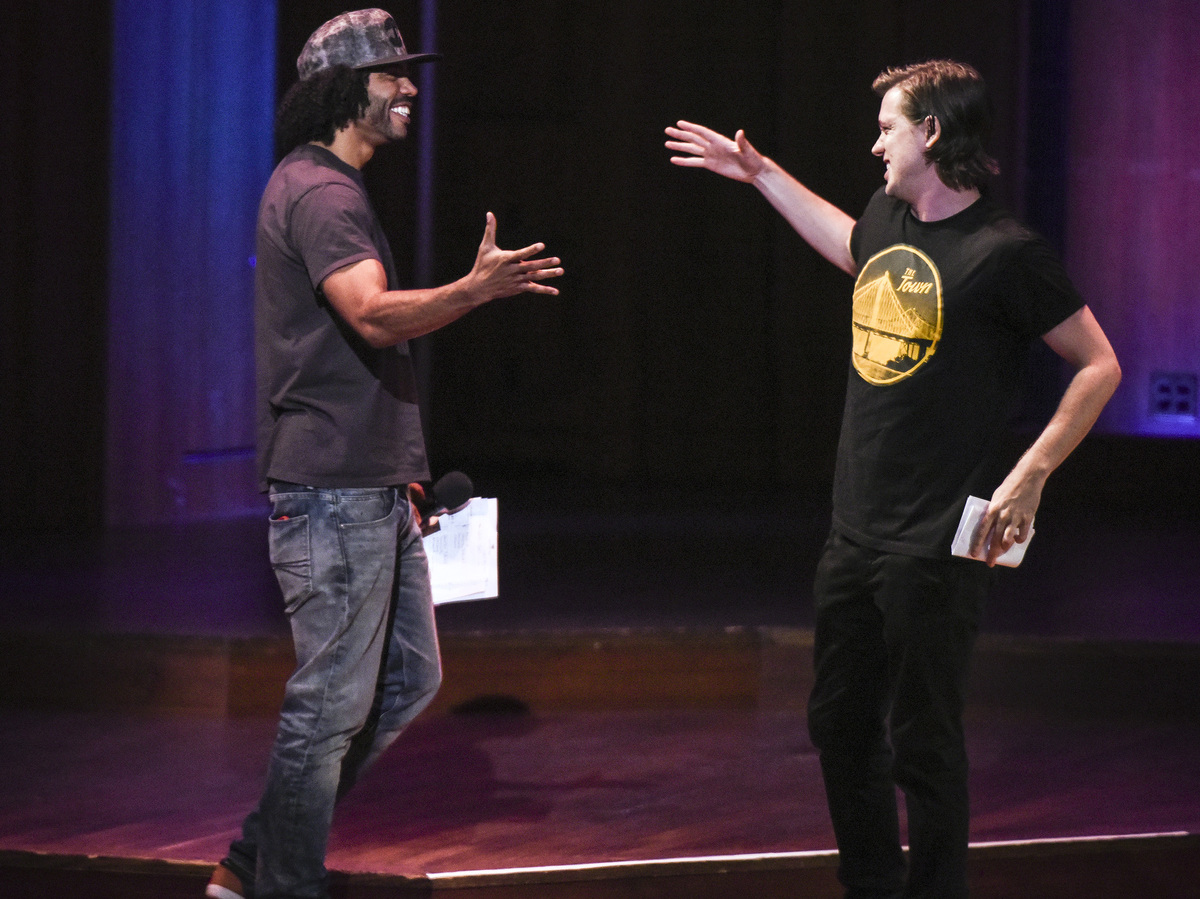 A group of actors at New York's Public Theatre have taken scenes from classic literature and remixed them into hip-hop and verse. It's in the vein of Hamilton, the hit Broadway musical. It began with reworking contemporary movies and shows—it's now a project called "Bars Medley."

Hamilton's Daveed Diggs is half of the creative team behind this innovative project. His partner is Rafael Casal, an accomplished poet and performer, who got his start on HBO's Def Poetry. In "Bars Medley Volume Two," they reinterpret classic literature: The Catcher in the Rye, Beloved, Frankenstein, Pride and Prejudice all remixed into song, rhythm and verse.

"We haven't dumbed it down, we haven't done the corny thing which is to try to urbanize or hip-hop it out," Rafael Casal says. "We just gave it some contemporary language and interpretation in the movement in the meter of the speech pattern, in the composition of the music, in the aesthetic of the filming."

To create this project, the actors were involved in an eight-week theater lab exploring the intersection of performance and verse. When they weren't immersed in intensive writing and rehearsal sessions, they were in master sessions where industry professionals came in and guided them. Artists like Black Thought from The Roots and directors like Tommy Kail gave workshops on what it means to break ground and innovate in the theater industry.

The piece is also done all in one take with a live audience, but if you only have time to watch one or two, here are our favorites:

House on Mango Street by Sandra Cisneros is brought to life with salsa and jazz music scored live as a group of friends reflect on a Chicago stoop. Esperanza, the main character, debates in Spanglish whether she should stay on Mango Street with a chorus and clave in the background.

If Fitzwilliam Darcy and Elizabeth Bennet were to go head to head, a boxing ring seems like the right fit for a Bars Medley interpretation. In this lively piece, the audience enters a boxing match with two narrators coaching both Darcy and Bennet through their disputes.

Frankenstein's awakening during a stormy night is not only interpreted with verse and raps by Bars, but also with beatboxing. Along with his grunts as Frankenstein awakes, the narrator beatboxes his movements before he starts to rap in conversation with Victor, the scientist. It becomes a desperate song of fear and doubt.

This reinterpretation puts the audience right in front of Beloved's exorcism. The marching of women approaches as Sethe arrives to finally let go of the demons haunting her. The singing of women dominates this eerie and ominous scene as Sethe and Beloved make the audience the center of their grief.

In this powerful scene, the audience is able to get inside Malcolm X's head moments before he dies. Influenced by both the Autobiography of Malcolm X and Spike Lee's biopic, the audience becomes America's people. He stares straight into the camera, spilling his distrust and skepticism.

In this last scene, the audience is able to enter one of Gatsby's iconic parties with all its drinks, glamour and critics. Nick Caraway takes us through this party to meet the performers and wealthy neighbors with a live band setting the mood.

Watch the full Bars Medley Vol. 2 here or in via the link below.